ROH TV report (9/27): protege vs mentor and a survival match 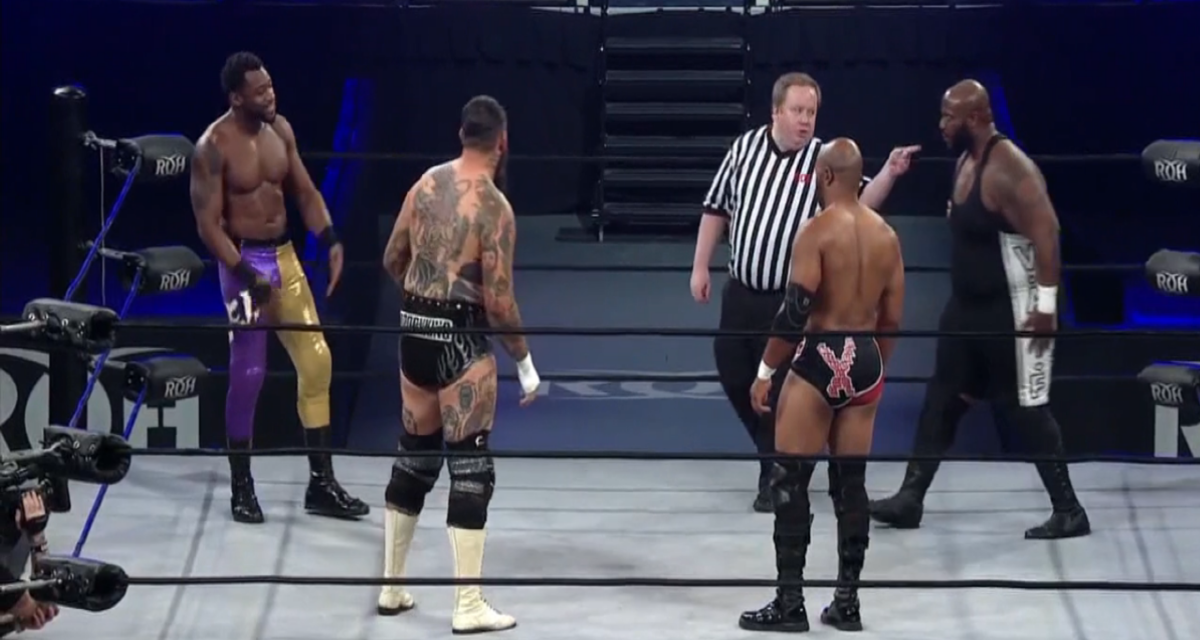 Greetings and salutations everyone and welcome to my weekly ROH TV report. This week there were only two matches promoted but they have huge implications for both the Pure Division, and World Title Pictures. I was very much looking forward to this week’s show as I am a huge fan of the Pure Division. Without further ado let’s get to it.

Quinn McKay is the host this week and she breaks down the card for this week. She announced that the first match will be a Protégé vs Mentor match as Brian Johnson faces PJ Black in a Pure Rules Match. McKay also announced that the main event will be a four corners survival match between Brody King, Jay Lethal, Kenny King, and Shane Taylor.

After a break, Black had Johnson in a cradle submission and Johnson was forced to use his second rope break. Black began mocking his former student as Johnson was left with only one rope break left. The match then became a fight as both men shared strikes. Johnson was suplexed after Black grabbed his beard to bring him into position. As Black was ready to put the match away, Johnson delivered a nasty eye poke to Black which allowed Johnson to hit Black with his neckbreker “The Process”. Johnson went for a pin and got the three.

The match started with Lethal and King locking up. Brody once again overpowered Lethal but Lethal quickly changed his game plan and used his speed to get control of King. Taylor tagged himself in and had a confrontation with Lethal. Taylor however was still weak in the legs from his beating at the PPV and was tagged out after Kenny tagged himself in. Kenny delivered a beautiful blockbuster to Brody.

Kenny had a brief advantage in the match until Taylor trips him from the outside to give Brody enough time to clothesline him and take back control of the match. Taylor tags himself in and now we have a confrontation between him and Brody King. Taylor and King, two monsters were going back and forth until Taylor delivered a huge forearm to Brody which send him all the way to the outside of the ring. Kenny King comes in and lifts Taylor up for a blue thunder bomb and Brody comes in, tossed out King, hits Taylor with a devestating Lariat Clothesline to the Jaw of Taylor. Brody attempted the pin and got  the three count for the win.

This week’s TV was a must watch. Both matches moved stories forward. Johnson is attempting to make his name in the Pure Division and between winning the Pure Gauntlet last week and beating his former mentor he now has a real claim to the Pure Championship. The four way survival is also advanced some stories from the PPV. Taylor and Kenny King will clearly have an ongoing story after their last few interactions. Brody King is dominating the entire heavyweight division right now which should lead to a match with current World Champion, Bandido.