Greetings and salutations everyone and welcome to my weekly ROH TV report. We are one week removed from an entertaining PPV. At that PPV Jay Lethal gave a passionate speech about the Pure division so it is only natural that this week features all “Pure” rule matches. Without further ado let’s get to it.

Quinn McKay is the host this week and she breaks down the card for this week. She announces that this week will be an all Pure Division edition of ROH TV.

A) World Famous CB vs Eric Martin (W/ Will Ferrara)

Martin uses his first two rope breaks early in this match. After a bit of time, CB rolls Martin right up to the ropes and Martin is forced to use his last rope break. CB won after he used a stretch submission on Martin

Delirious was introduced as the next competitor as we head to commercial.

B) World Famous CB vs Delirious

Delirious started the match being super aggressive with CB. CB trapped Delirious with a legscissors submission and was forced to use his first rope break. After some rope runs, a dragon suplex from CB, a cobra clutch from Delirious, Delirious traps CB in a triangle choke and CB was forced to tap out.

LSG comes out as the third competitor as we head to commercial.

Delirious forced LSG to use his first rope break within a minute. Delirious delivered a brain buster to LSG but that couldn’t put LSG away. LSG locked Delirious in the Muta Lock which forced him to tap.

Joe Keys was next out as we head to commercial

Keys was targeting the back of LSG. LSG was locked in a half crab which forced him to use his first rope break. After a set of suplexes, LSG grabbed the ropes for another rope break. Keys continued his attack of LSG’s back by going for more suplexes but LSG countered one and pinned Keys to continue in the gauntlet.

Brian Johnson was out next with a mic in hand talking about the Pure division. He continued his Mecca vs Everyone gimmick.

LSG tried to put this match away quickly after a Saintsplosion but Johnson had his foo on the rope to use up his first rope break. Johnson with no honor used a closed fist punch to LSG which instantly dropped LSG, went for a pin with his feet on the ropes but since he was out of rope breaks this was apparently legal (????).

After the match Tracy Williams accompanied Rhett Titus out and took over commentary from Brian Milonas.

Bennet used his final rope break after a pin attempt from Titus. Bennett, now without rope breaks knows he needs to be creative. He locked in an ankle lock on Titus who used his second rope break to get out of the move. As both men trade slaps, Titus falls as his leg gave in under the pressure of the previous ankle lock and Bennett drop kicked his leg for good measure.

Bennett went for a second ankle lock but Titus was able to reverse this into a pin attempt but Bennett kicked out. There was a ton of back and forth chops and moves as the timer hit 15:00. There was some confusion as the match was apparently going to a judge’s decision.

This week’s TV was once again taped in front of an empty arena. This really takes away some steam from an otherwise fun product. This week there were some weird endings. First, Brian Johnson was allowed to use the ropes as momentum for a pin because he was out of rope breaks???

Secondly, the whole judge’s decision ending to the main event was odd as this was the first time I have personally seen this. This does seem to be heading to a larger story as the commentators were selling the fact that this was unusual. I love Pure rules matches so this episode was right up my alley. That said, I hope we see some fallout from Death Before Dishonor on next weeks episode.

Top Picture: Rhett Titus and Mike Bennett adhere to the code of honor prior to their Main Event Match 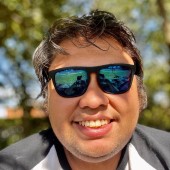