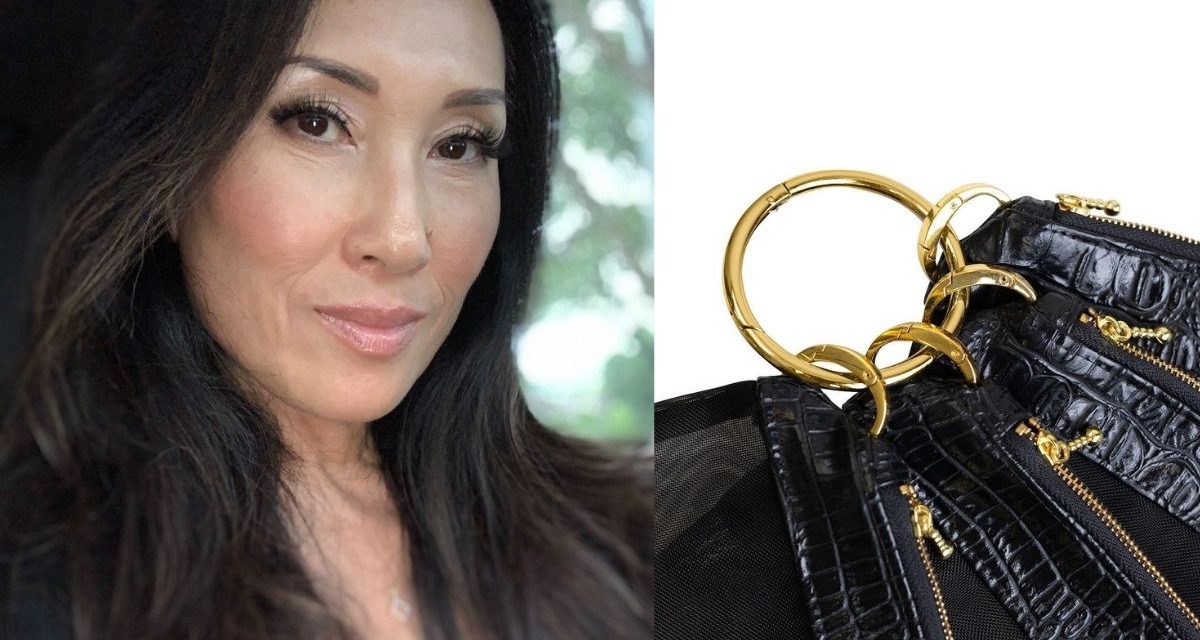 James Brown sang about how “Papa’s Got a Brand New Bag.” Well, in the case of former Nitro Girl Chae, Mama’s got a brand new bag.

It’s called Ring Along, and to promote the product, she’s putting herself out there in a whole different way than she did dancing on the sidelines for the Atlanta Falcons or at WCW (World Championship Wrestling) shows at the height of the Monday Night Wars.

A mother of three, who lives outside of Dallas, Chae Marsh knew the challenges of traveling even before having kids.

From that on-the-road life sprung creativity, eventually. She continually had “frustration” with not “being able to keep my things really organized efficiently.”

Fast forward to being a mom, and putting the children first. “When I became a parent, I really felt like, okay, now this is my job. It’s my job to raise kids — which I did the first, the important years when everything had to be so hands on. You’re literally knee-deep in diapers. But I came up with this idea out of necessity.”

Essentially, Ring Along is a storage bag, like a purse, but a series of them that can be swapped in and out, based on need, and attached together with rings and then to a master strap to carry it all comfortably. It’s from the mind of a mother, so there are specialty compartments to keep things sealed, for instance when you have to transport some wet swim trunks or even the aforementioned diapers. This is literally not your mama’s diaper bag!

“There are so many handbags, not even just for girls, but for men with backpacks and sports bags, and duffel bags — there are so many bags, and most of these bags come with a huge open compartment, and there’s really no way to keep things separate and categorize,” she explained. “The whole concept of Ring Along is it keeps everything together so it’s almost like pulling out a drawer with all these separate compartments, instead of pulling multiple drawers to find where your thing is.”

Marsh found herself asking, “With so many advances in technology, why are we still dealing with the same old solution to this problem we’ve had for years?”

The idea kept swirling around in her “mommy-brain” until the kids were out of the house on a daily basis. “Let’s face it, once kids start school, things become really more routine, more predictable. So you do start to get a little bit better at time management and structure. And what I realized was okay, maybe I’m just scared of going out on my own,” she said. 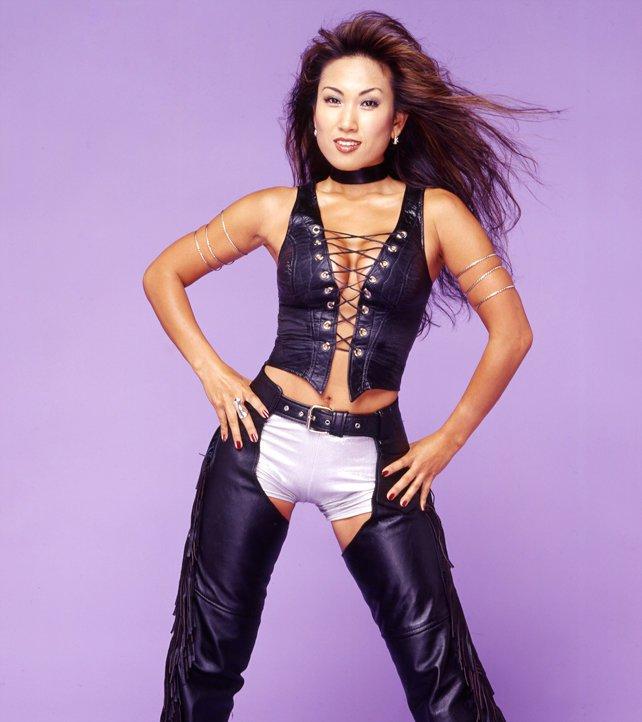 Life for Marsh was so much different when she was a cheerleader or a Nitro Girl. “I’ve always found comfort being a part of a group, whether it’s cheerleading or with Nitro, everything’s always been — most everything — has been being a group,” considered Marsh. “Doing anything on my own really scared me.”

Inspiration came from thinking about her early days, moving from Korea when she was 11 years old, with her family 30 years ago. They were very blue collar, and had to work for everything they got in the United States.

That experience definitely lit a fire for Marsh. “One day, it just kind of dawned on me like, what kind of example am I setting for my kids if I am not living to my fullest potential and opportunity?”

Ring Along was destiny, in a way. “It just would not leave me alone, every corner that I turned, or every time I grabbed a bag, I was reminded how it’s not that I want to do this, but I’m really supposed to do it. It’s like it’s in me to do it.” 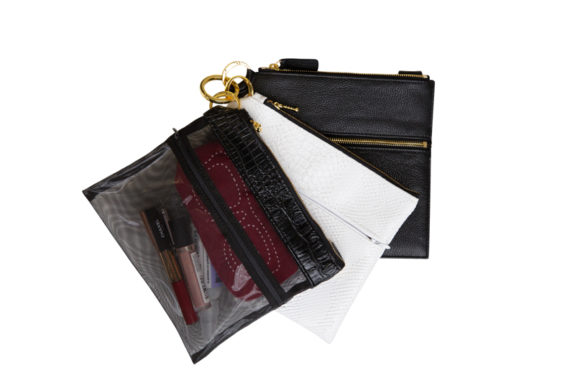 Marsh is a one-woman show, and didn’t want to “put that extra financial burden” on her husband. Instead, she “stepped out” on him: “I started dating Google and YouTube at night, when my kids go to bed, and my family was asleep, to learn as much as I can about the industry, and what it is to really bring a product to life — because I knew nothing about it.”

The key was a utility patent, because if she tried to do something before that was in place, it would be fairly easy for another company to steal her design. She began working with a patent law firm more than three years ago, and through various delays and a global pandemic, it all came together in February 2021. From there, Marsh worked on the website, and, thanks to some advice, Kickstarter.

The entrepreneurial reality show, Shark Tank, held open auditions in Dallas a while back, and Marsh went to the call.

“I grabbed my homemade prototype and then I went down there and I pitched it to one of the casting agents. The girl, she definitely got it. Her eyes kind of got big and when she got it without saying a word, that was like one of the proudest moments that I can really remember,” recalled Marsh.

She was asked how many she had sold, and then had to reveal that it was just a prototype. That wasn’t enough to get on Shark Tank, so Kickstarter was suggested. After learning how Kickstarter works, Marsh kept at it.

“What I realized was Kickstarter is a lot more work than I had anticipated. So I kept pushing it back. And I knew that it wasn’t going to launch until August, but I just said, “You know what, I’m not going to quit, I’m going to go for it. And that’s what I did,” she said.

Feedback has been good so far. Marsh still finds herself explaining to some of her friends what Kickstarter is, but almost everyone gets the idea of the Ring Along. She’s out there promoting, whether it’s through Facebook ads, or, for the first time in a very long time, talking about pro wrestling and being a Nitro Girl. 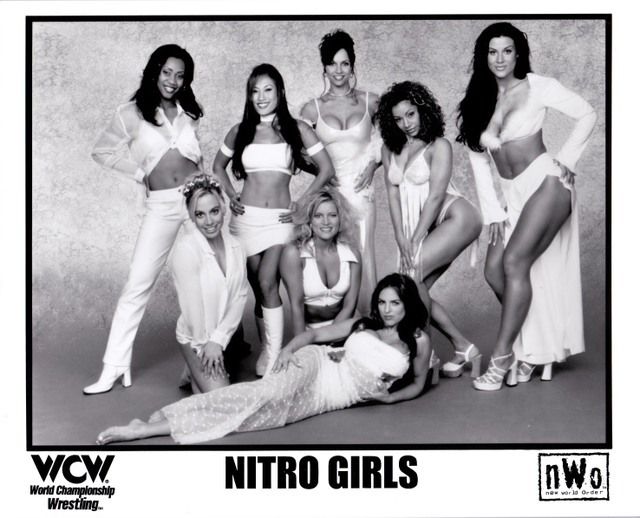 Nitro Girl Chae says the main group is still tight. “The core, Melissa, Sharmelle, Terry, Amy, and Vanessa, we have remained friends all these years. Sometimes we don’t talk to each other for a year or two, but when we do talk to each other … it’s deeper than some marriages. Because if you think about it, when we all came together, we were spending more time with each other than we were with our husbands or families or, with our boyfriends,” she explained.

“We had to spend so much time together, that even if I didn’t like that one person, for whatever the reason, we couldn’t just defriend them. It’s not like Facebook, where you defriend and you don’t have to hear anything about that person. No, we had to,” she chuckled.

The Nitro Girls have a special place in WCW’s history, and Chae said they knew their spot. “We always knew that we were the garnish of the dish, and people come to the restaurant not (to just) look at the garnish, but for the main course and the main meal,” she said.

But, for your next trip to the restaurant with the kids, Marsh is hopeful you’ll bring your Ring Along along for the adventure.