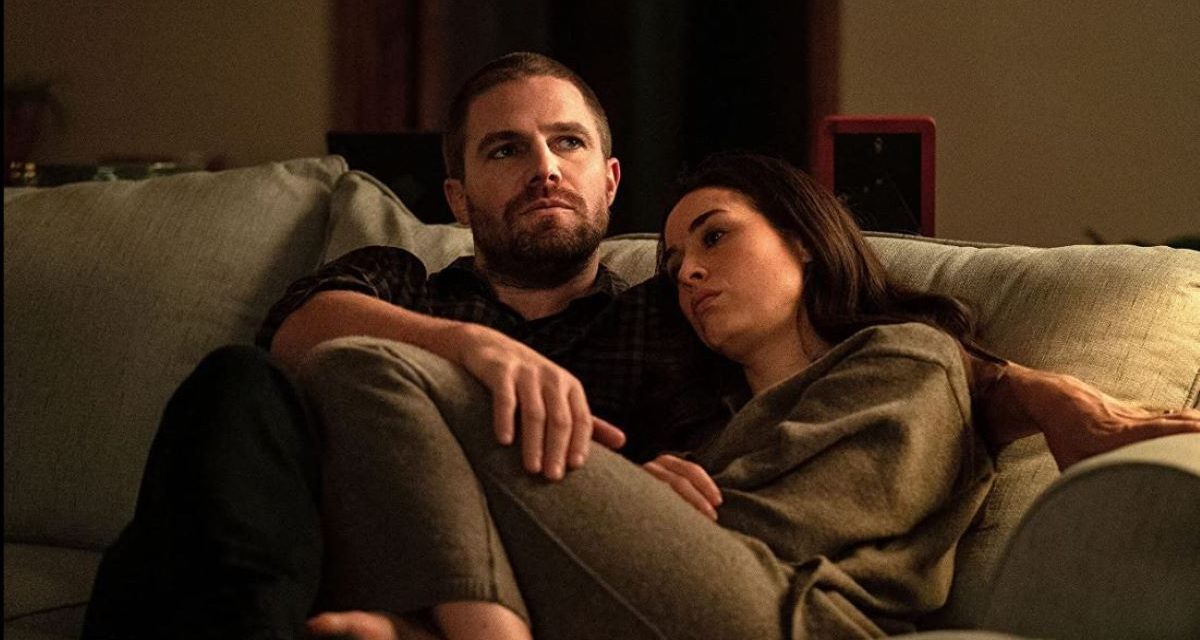 For a show that addresses the hurt business (apologies to MVP) of professional wrestling, Heels gives moments of heart and healing as well, physically and mentally.  The sixth episode on the STARZ channel and streaming app continues with some well-thought out writing and acting that would be tricky for a new ensemble cast, but this season as the show progresses unveils new features that isn’t always centered around Jack Spade (Stephen Amell) or his brother Ace Spade (Alexander Ludwig).

After last week’s episode, everyone’s got a little soul searching to do of late.  For Willie (Mary McCormack), it flashes back to a time when she was with the Spade’s father, “King” Tom Spade (David James Elliott) and how he’s starting to unravel with the pressure of the DWL, and then to the present, as Willie looks on as Apocalypse leads an AA Meeting, and telling everyone to “have gratitude for your regrets” but not letting those moments define them.

Meanwhile, here comes the owner of the Florida Wrestling Dystopia, Charlie Gully (gleefully played by Mike O’Malley as a human douche rocket) and he is now trying to poach DWL’s talent by going after Rooster Rollins (Allen Maldonado).  Rooster wants to stay loyal to Jack, but each sleight by Jack makes him feels like he is getting pushed back more and more away from the main event.  Maybe it’s not Emperor Palpatine, but if a dude rolled up to you saying your talent would be better spent in elsewhere and flashes a wad of cash, what would you do?

Of course, once again Jack is just burning the candle at both ends, as he tries to figure out how to promote the show, toying with the idea of bringing in “Wild” Bill Hancock (Chris Bauer), and possibly making a horrible decision:

Guest starring on a podcast.

(Quick Aside:  I do a podcast as well, so…yeah, I know what I’m talking about.) 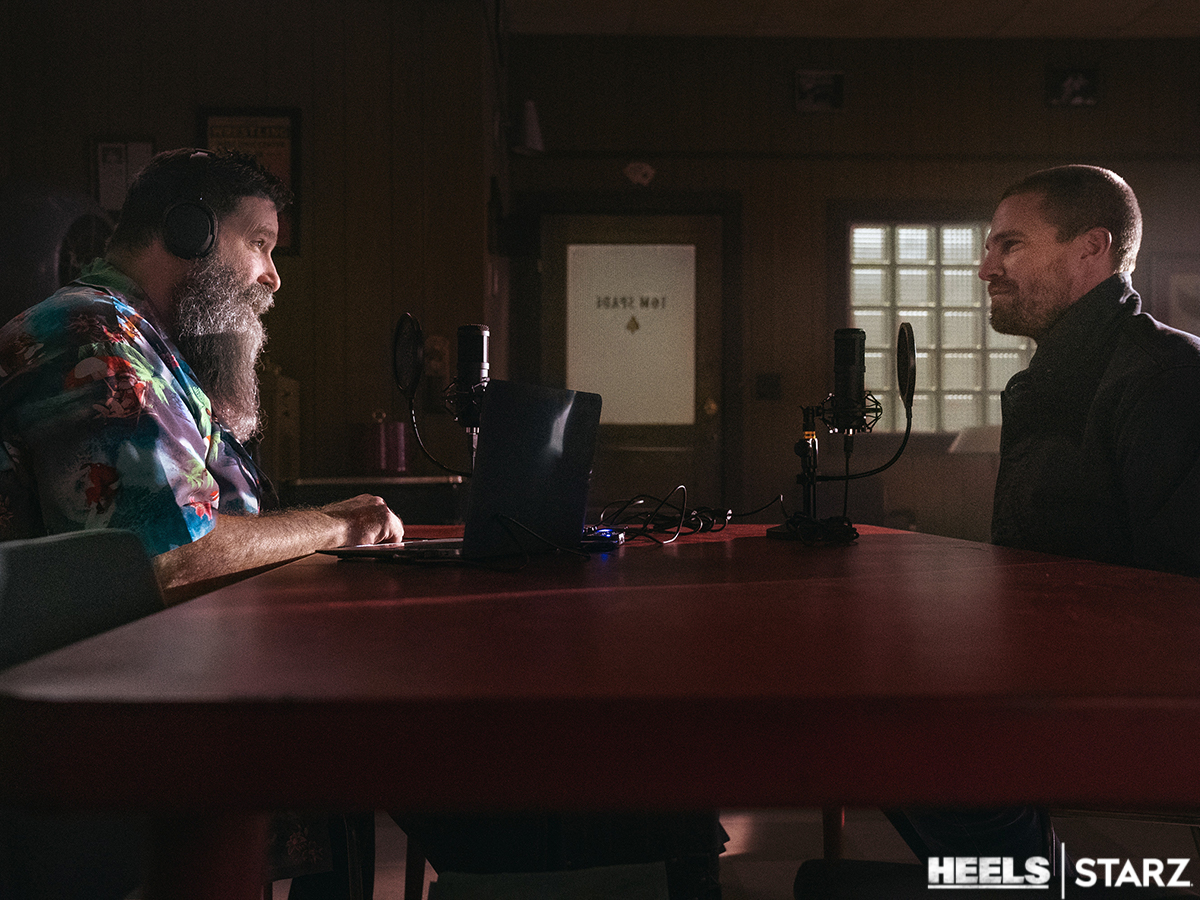 Getting ready to be on the Dick Valentino podcast “No Questions Barred”, Valentino (played by Mick Foley) tries to get content from Jack on who’s going to be main eventing in the Georgia State Fair, before veering into the topic of his dad’s death, much to Jack chagrin.  Jack storms off because, let’s face it, those types of questions are just too hardcore to ask someone Right Here in Duffy, GA (*gives a thumbs up for the cheap pop*).

Add to that the stress of the work for the DWL is now interfering in things like his family life with Staci and Thomas (Alison Luff and Roxton Garcia), and missing the chance to get to see his wife play a song for the christening of Big Jim Kitchen’s daughter.

Crystal (Kelli Berglund) is now facing the consequences of going off script last week and how her actions led to having Bobby Pin (Trey Tucker) get injured by attacking Ace’s pride in the match.  Willie tells her that, in so many words, she needs to be careful with what she does because it is like playing with fire.  We then understand the wisdom of those words when we see “Wild Bill” and Willie talk openly and honestly about why things have been so estranged lo those years, and how they are trying to heal from that moment, and how Bill has been hurting from that moment ever since.  It’s a touching moment that really speaks to the acting ability of McCormack and Bauer to find the ethos of their characters.

If this was a wrestling match, this would be like Steamboat-Savage at WrestleMania III, in that it steals the show, but the top honor really goes to Ace Spade, as he is the godparent to Big Jim’s daughter, and Ludwig really spotlights the central theme of the show when he delivers this moment:

“Baptism is a lifelong journey; a winding road of mistake making, learning and growing. You know, if you’re a lot like this congregation, especially me, you’re going to stumble.  You’re gonna get scuffed up.  You’re gonna wrestle with some demons.  Some real, some imagined, and some put upon you, and some you put upon yourself. Shelby, this is the start of your story.  A story says you got to inherit a lot of bad stuff. Well, we wash that off today. Know that if you make a mistake, it don’t mean you can’t keep turning the page, revising your story, saying your sorries and starting anew. That’s what life’s about, right?  Writing a story we can all be proud of.  Even if it’s got some bad or boring chapters. Like it or not, you are a part of the Duffy story, the Duffy family.  I can’t wait to watch you grow up.”

Afterwards, there’s fun and family and barbecues to be had, and you see the DWL bonding, and start some healing in a lot of ways.  The episode is titled “House Show” which tends to allude to how wrestling shows that come into town aren’t televised, but you get to see a different side of the wrestlers at work honing their skills, their art as it were.  This episode hammers that point home and should be Emmy-nominated.