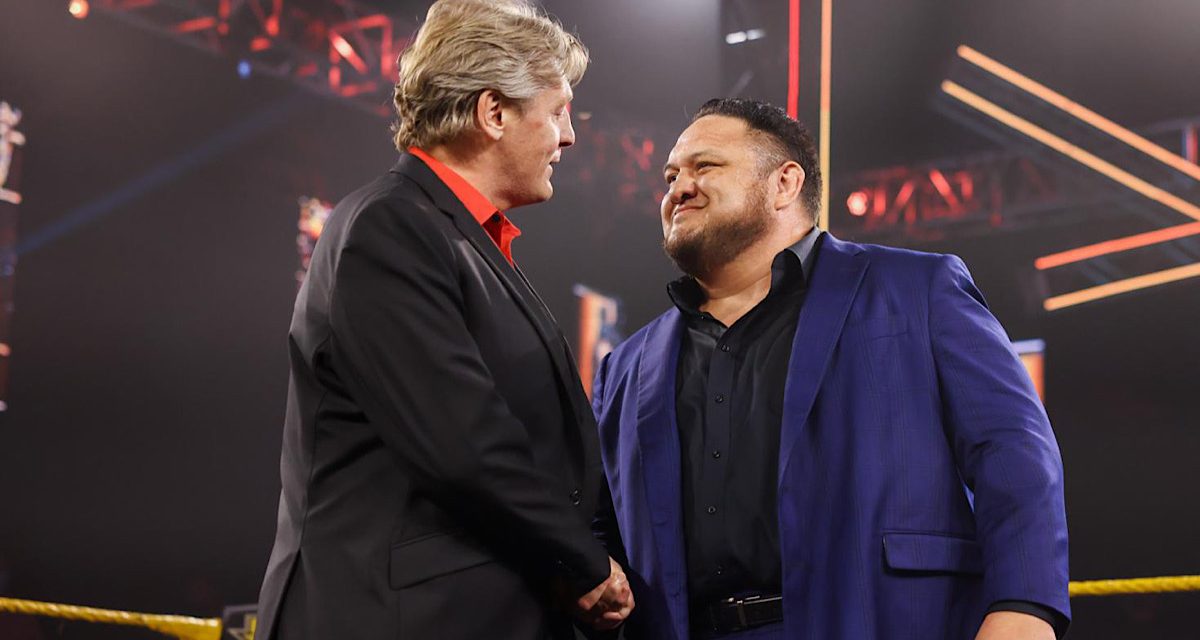 If things weren’t bad enough for the ailing NXT brand they have now lost their champion.

In video posted on Twitter, Samoa Joe revealed that he has suffered yet another injury and won’t be able to defend the title.

“Recently WWE medical informed me that due to certain injuries they wanted me to step away from the ring for a brief, indeterminate amount of time,” he began.

“I realize that this week we are on the cusp of a new NXT. We are on the brink of new era in our history. That era deserves a fighting champion. That is what makes this a very difficult decision very easy to make. Effective immediately I relinquish the NXT championship,” Joe continued.

Joe promised he will return to the action soon and reclaim what is his.

In recent years Samoa Joe’s career has been plagued by injuries. In the WWE alone he has suffered a knee injury which took him out for approximately two months, a foot injury which put him on the shelf for three months, he broke one of his thumbs and he suffered a head injury during the shooting of a commercial which landed him on Raw’s commentary desk until he was released last April.

Joe was rehired by HHH for the NXT brand. He has been working there for three months and has been the champion for 21 days.