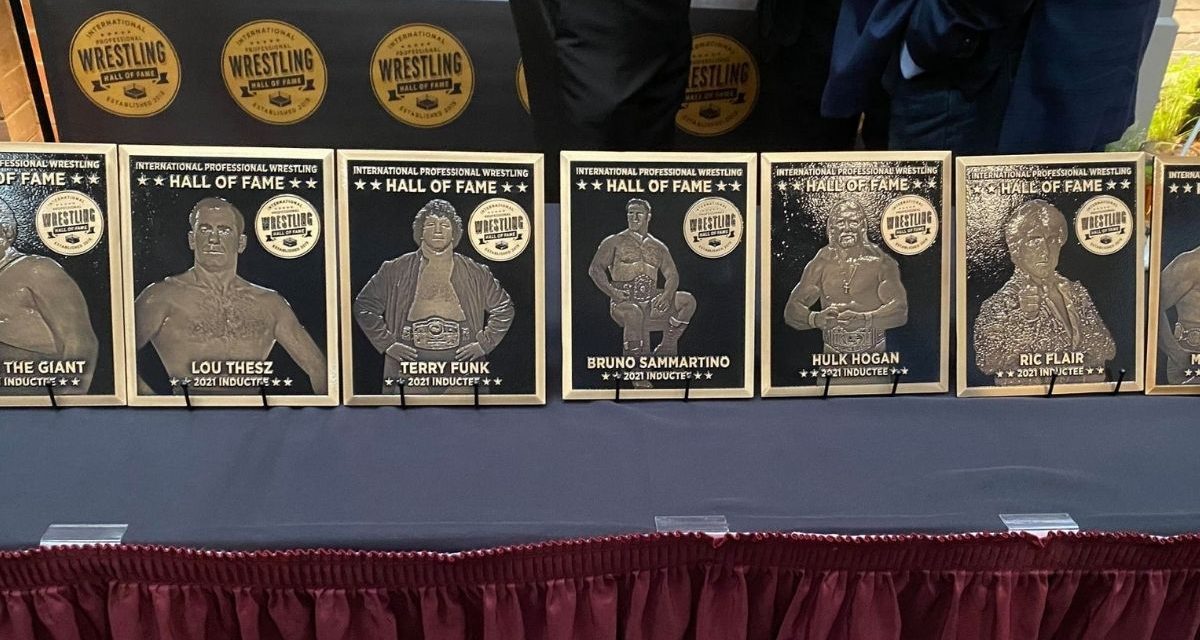 By TOM BURKE – For SlamWrestling.net

There is a line in the movie, Field Of Dreams, “If you build it they will come.”

That is the hope and dream of Seth Turner, president of the newly established International Professional Wrestling Hall of Fame (IPWHF) located in Albany, New York. Turner and his fellow board members are determined to be a magnet for wrestling fans to enjoy the rich history of a sport.

On August 27-28, 2021, the IPWHF held its first public gathering with fans from around the country and wrestlers at the Desmond Hotel in Albany, New York.

It was a welcome event for this writer to see friends since the advent of COVID-19.

An entertaining hour with Bill Apter telling stories and showing off wrestling gear was a event that was brought cheers and laughter.

On a serious note was the Headlock on History hosted by John Pantozzi with wrestling historians Don Luce, Mark Hewitt and myself. We talked about wrestling from the days of Frank Gotch up to more modern times of the 1960s. 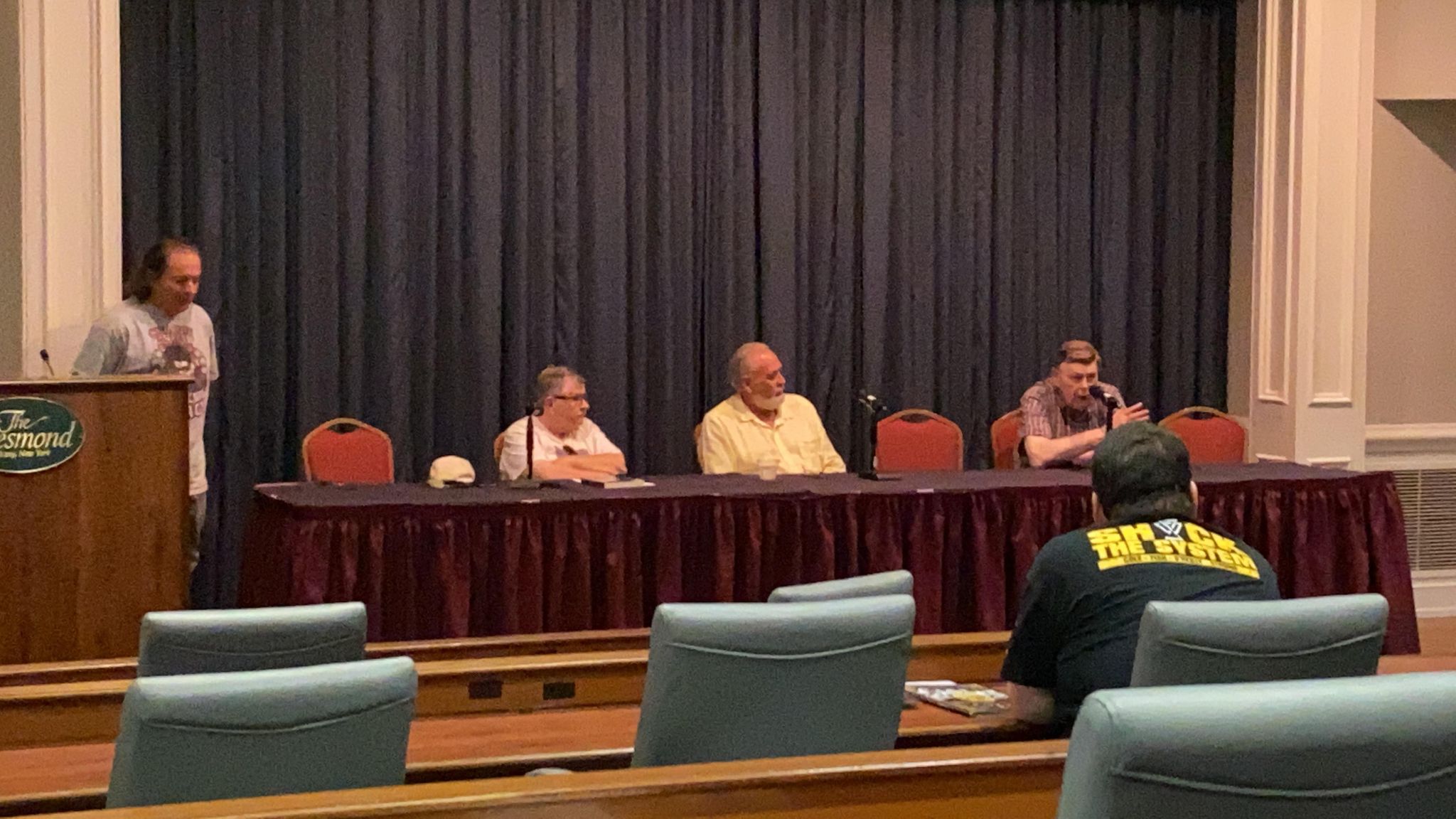 The big event was the awards banquet on Saturday night, hosted by emcees Bill Apter and JJ Dillon. A touching moment was the video of Terry Funk being presented his IPWHF Ring by Manny Fernandez.

Alas, a scheduled Legends of the Ring segment by Mark Hewitt was scratched to honor such wrestlers as The Great Gama, The Terrible Turk, Evan Lewis, Ed “Strangler” Lewis, George Hackenschmidt and others. This was replaced by a “Gong Show” segment of Bill Apter and someone doing a Andy Kaufman impression. It was truly an error in judgement not to focus on legends of wrestling. The purpose of the IPWHF should be to honor those that made the sport should be a priority and not a comedy skit. 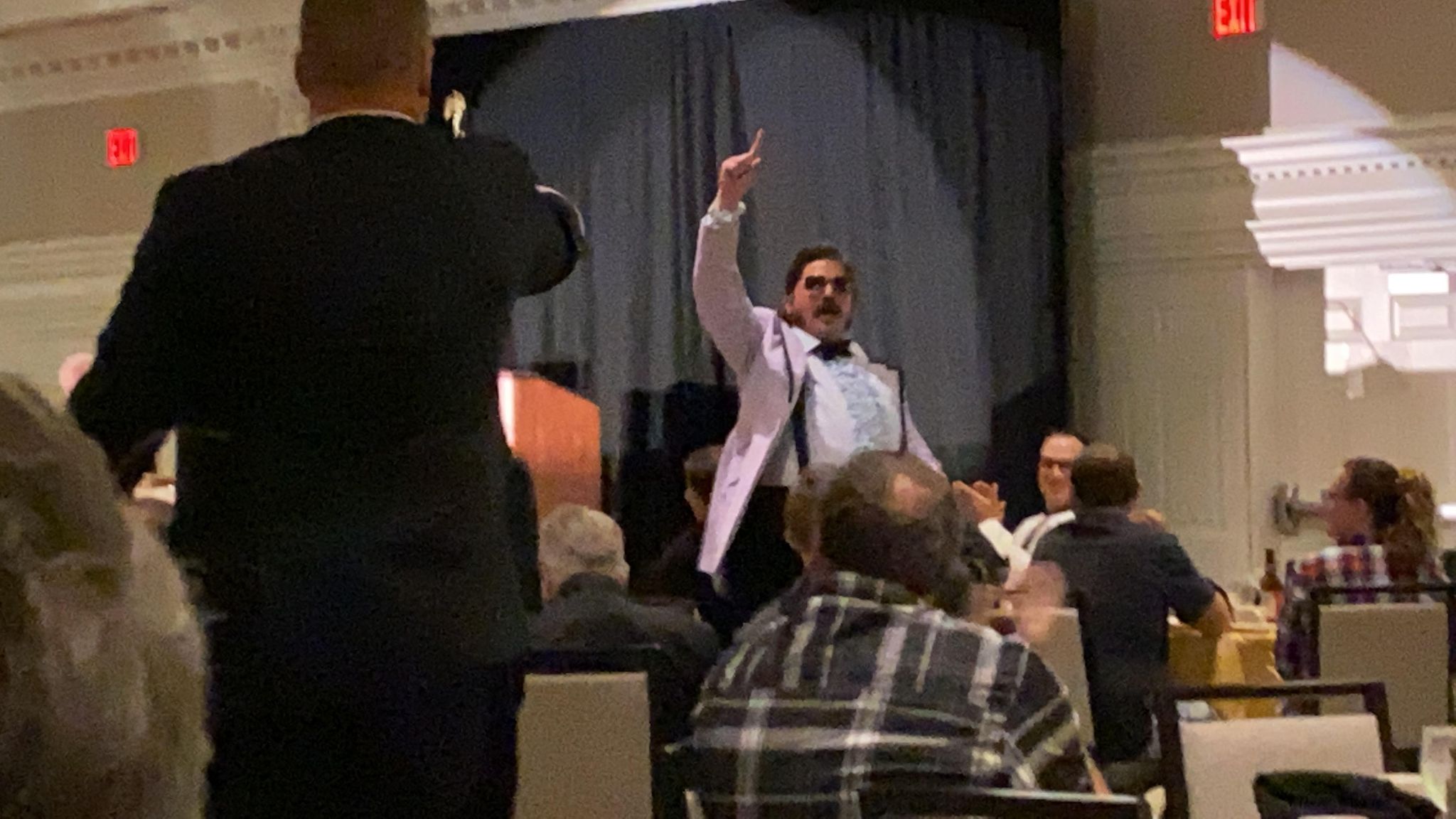 The big news of the weekend was that IPWHF has been granted a room at the Times Union Center in downtown Albany to be used to display wrestling memorabilia. A grand gesture by former WWF referee Rita Chatterton presented a gem of historic memorabilia, the funeral program from the services for Andre The Giant.

I am up for a road trip to the IWPHF in the near future, whether it’s the opening of exhibits and plaques at the Times Union Center, or the scheduled induction weekend for next year, August 26-27, 2022. 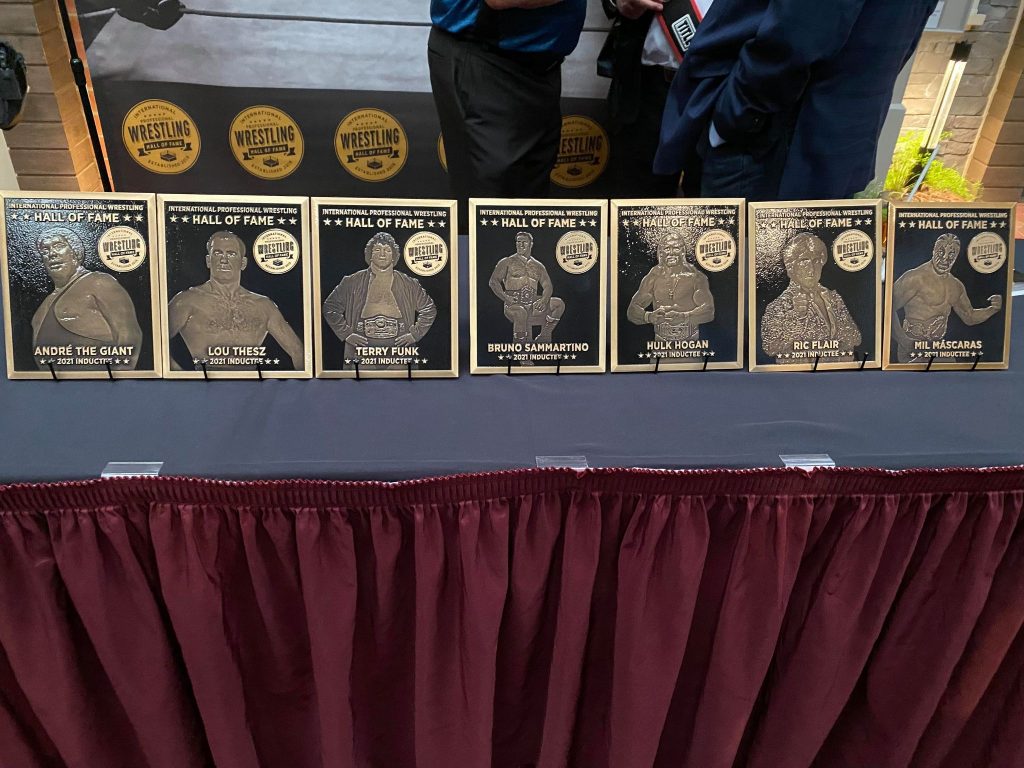 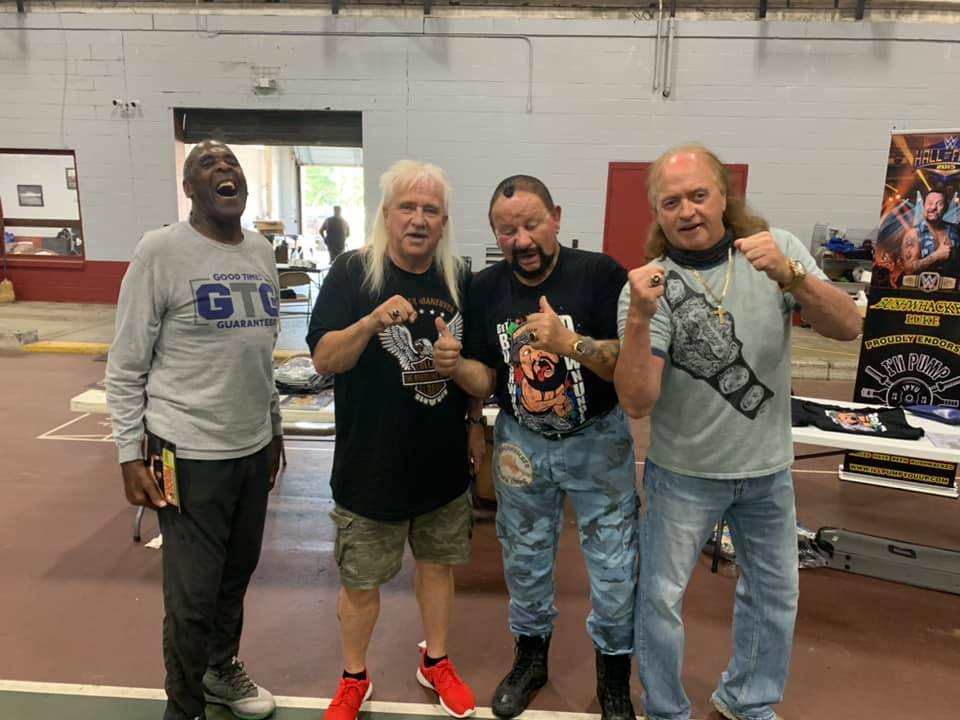 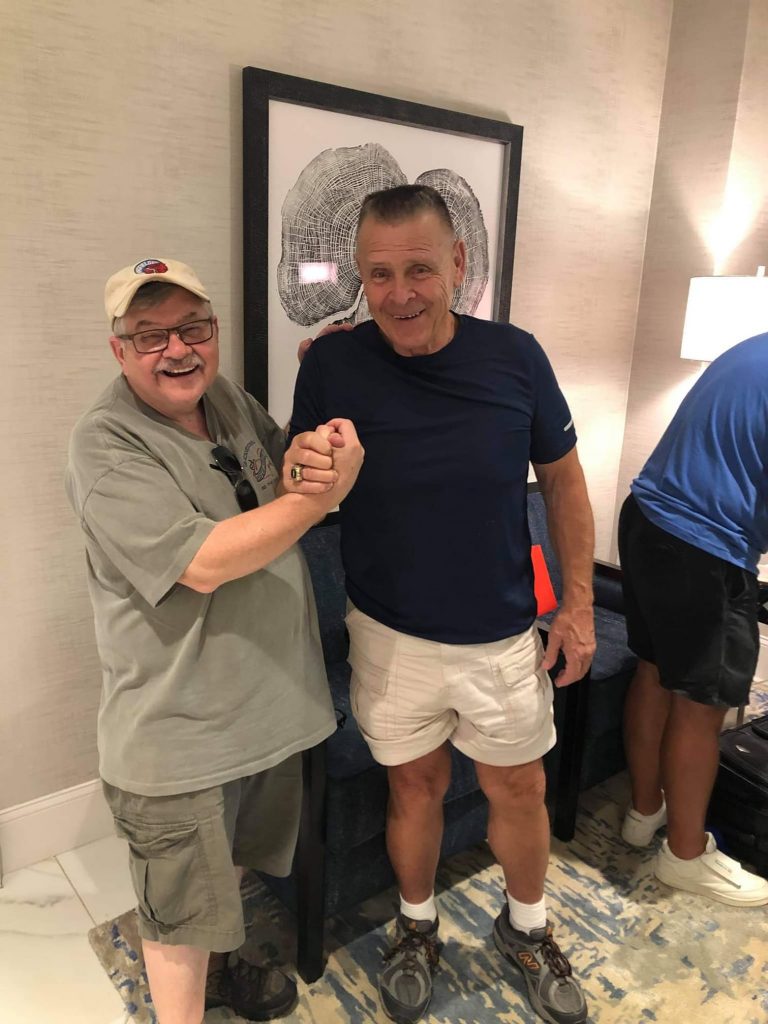 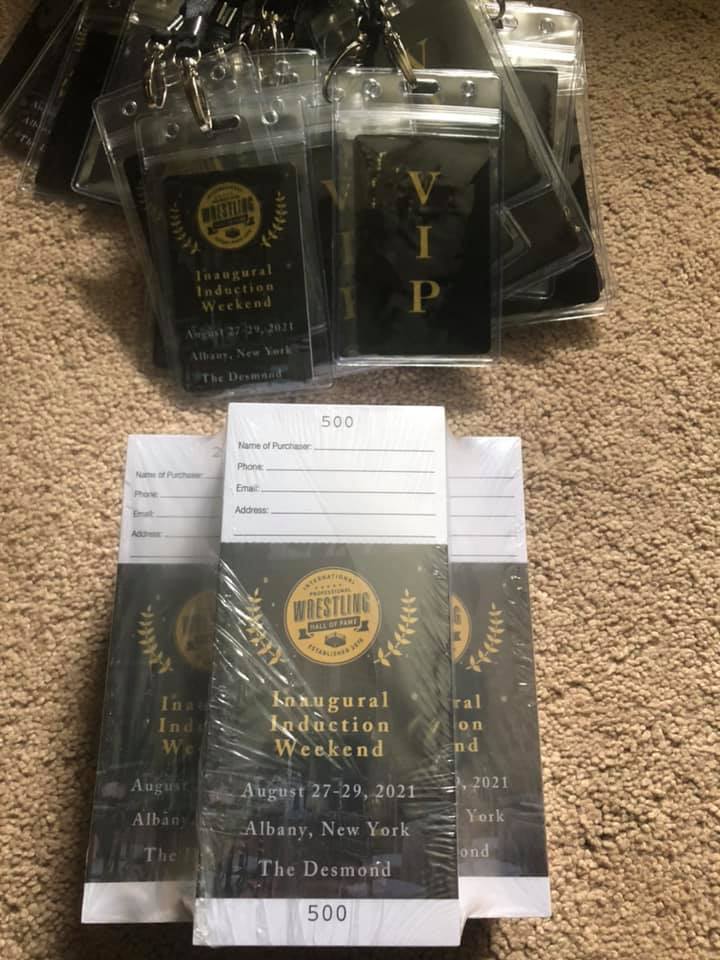 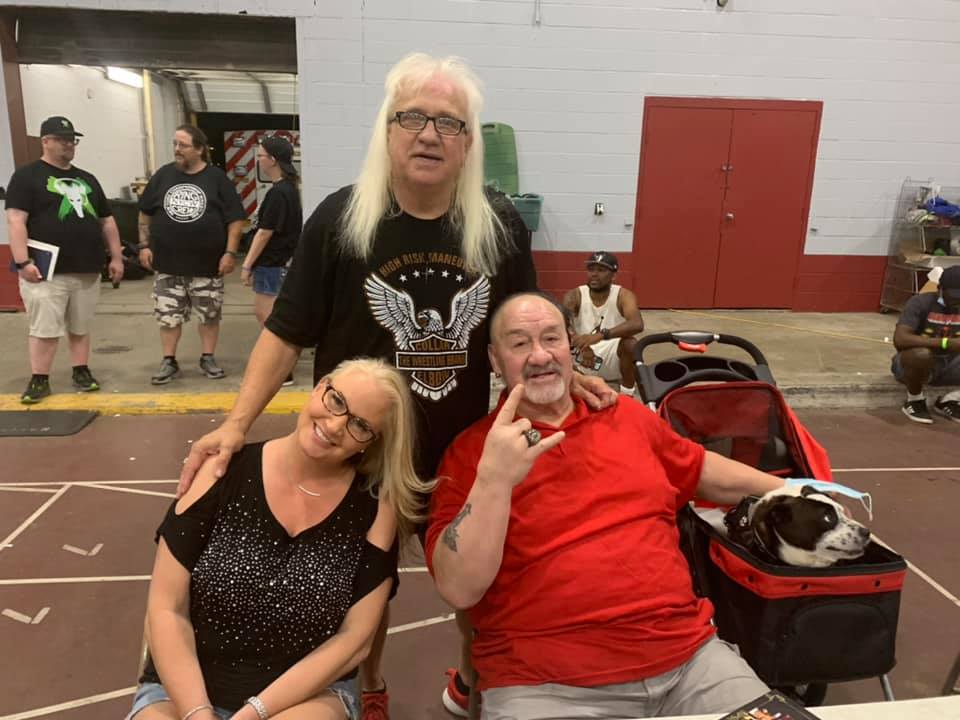 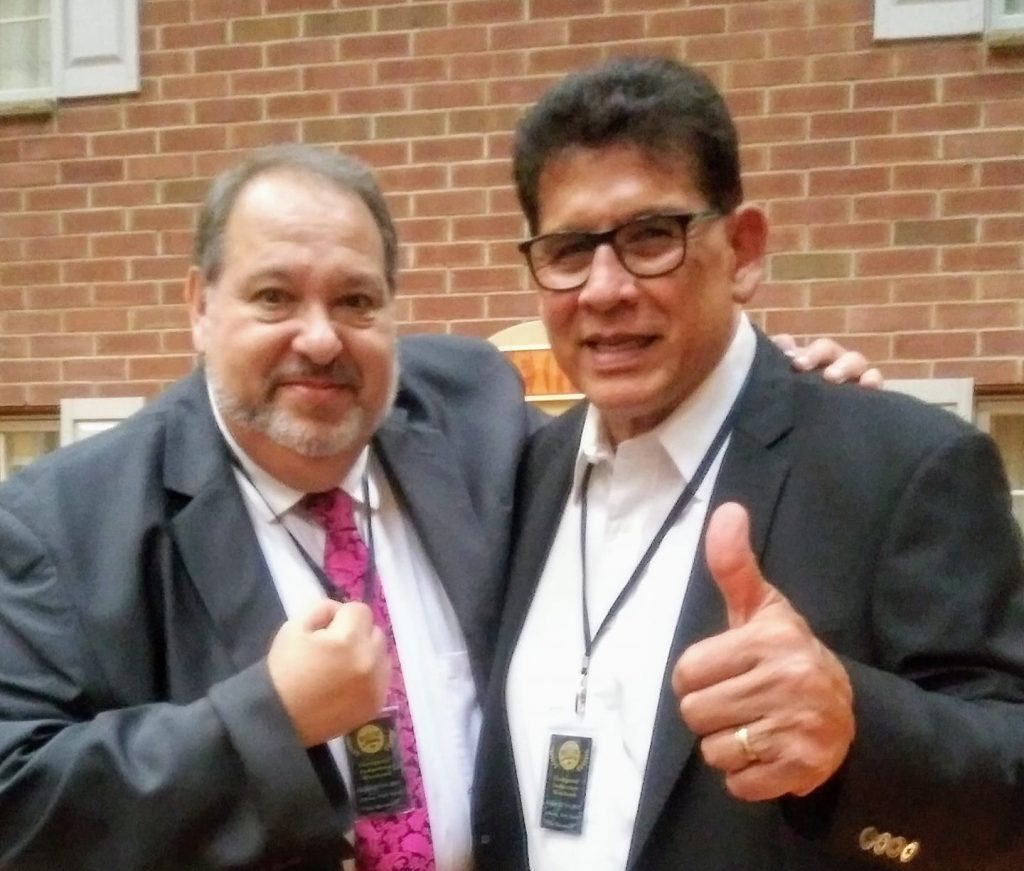 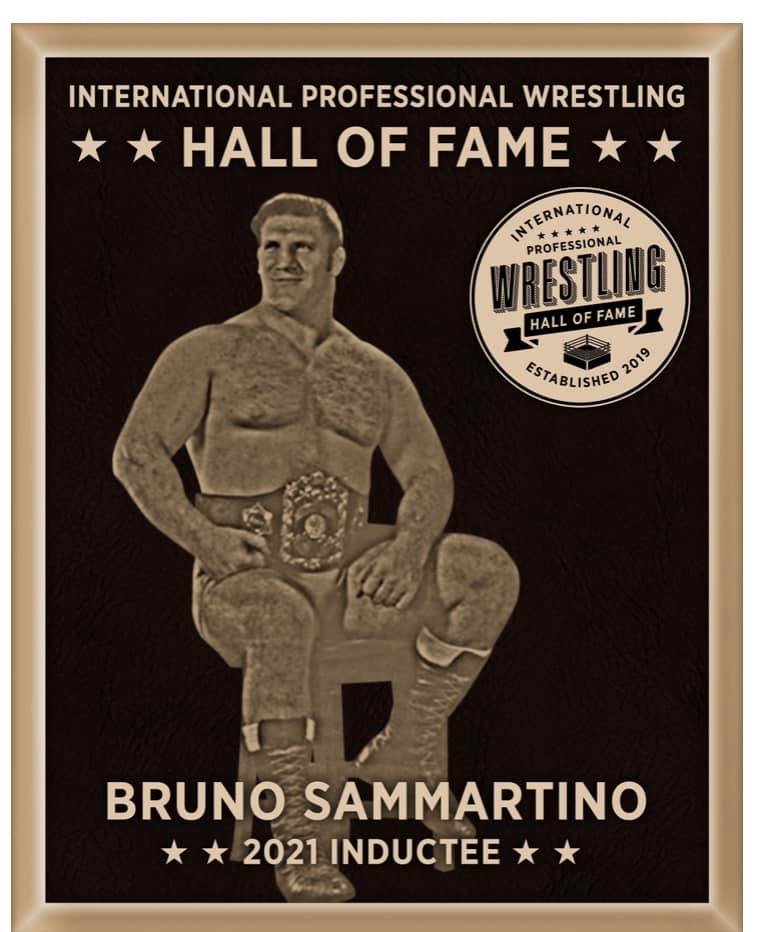 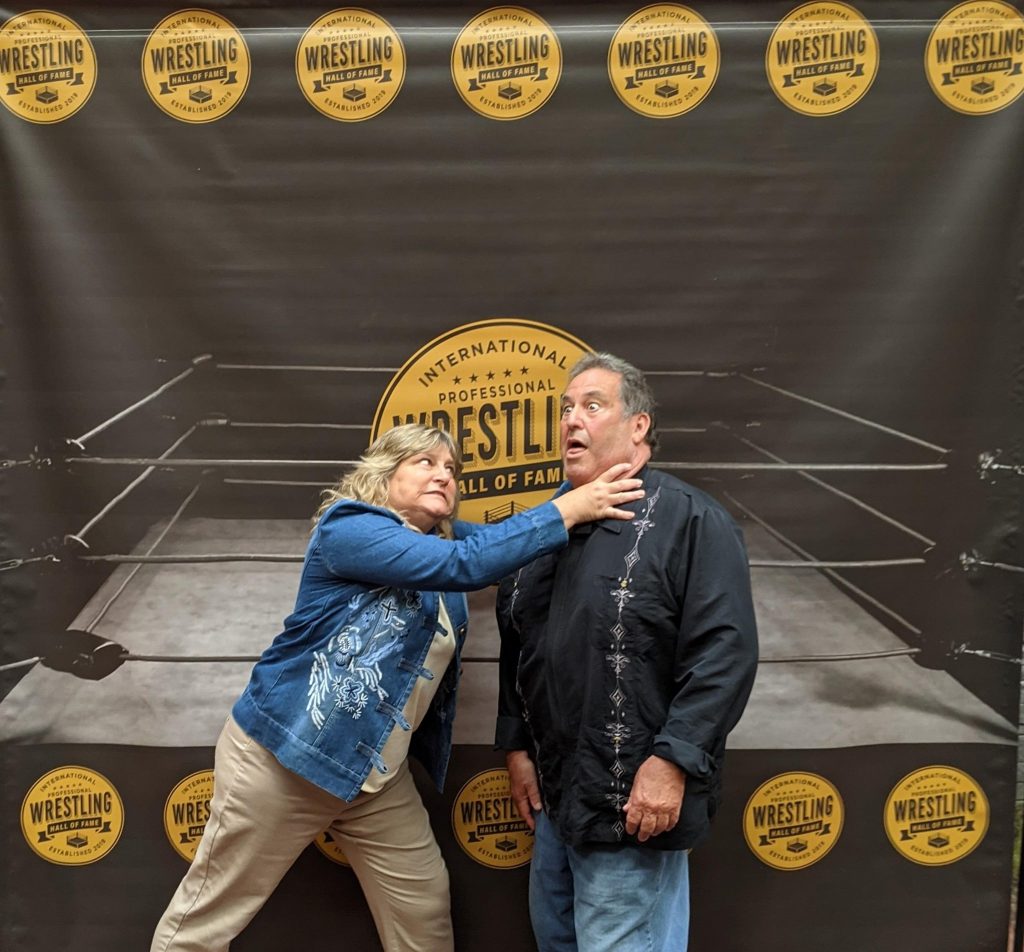 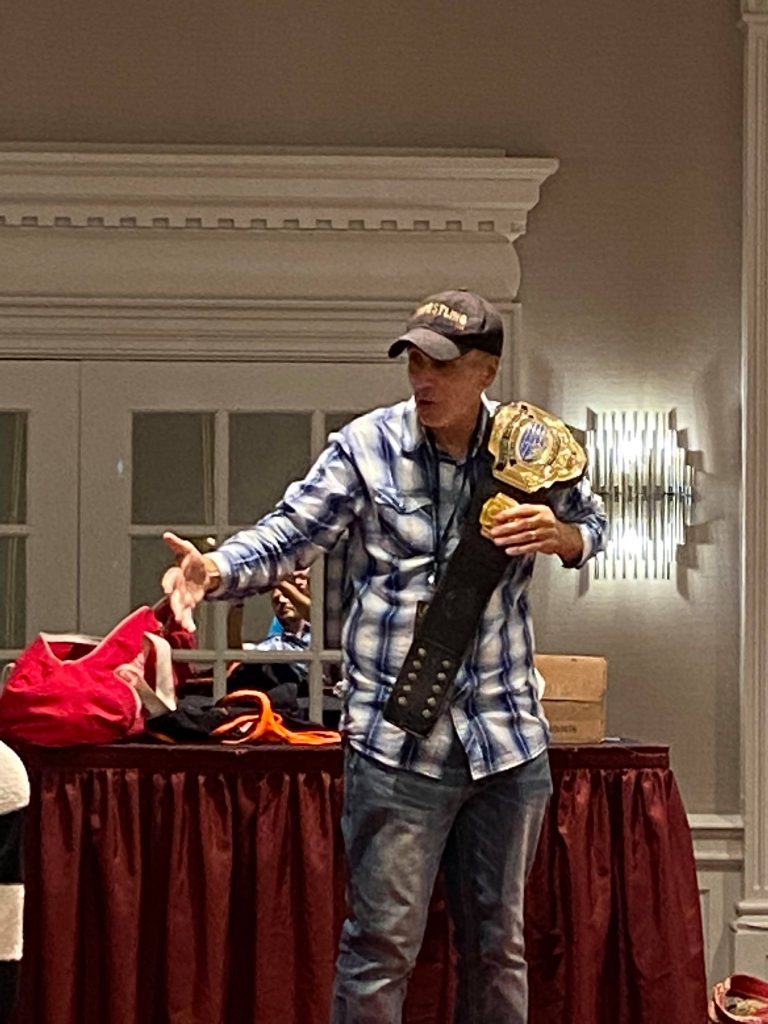 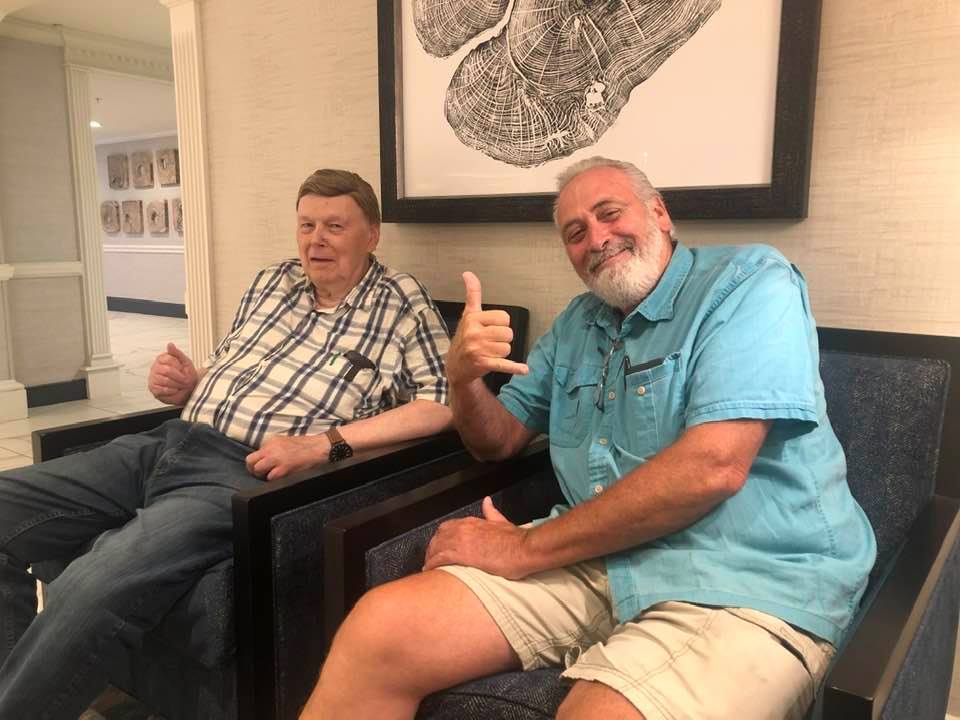 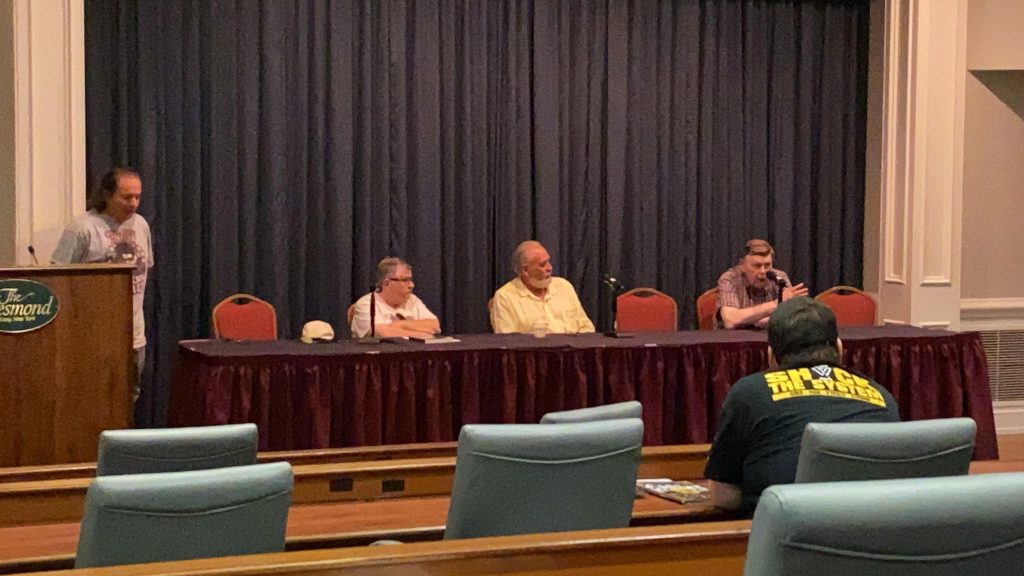 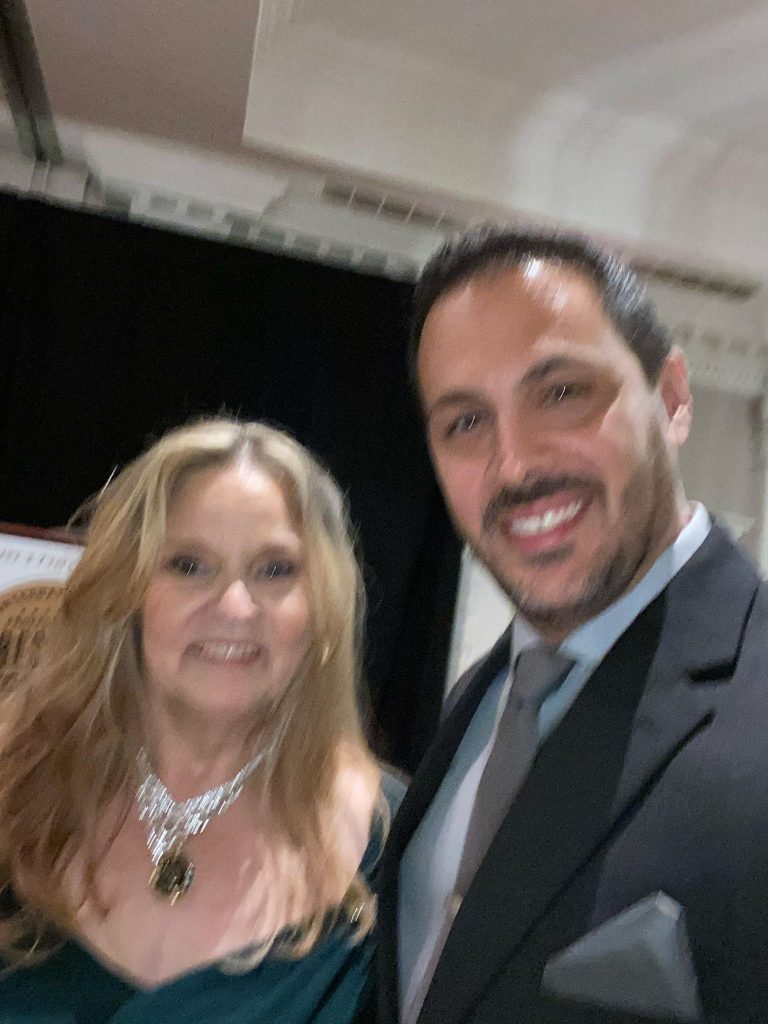 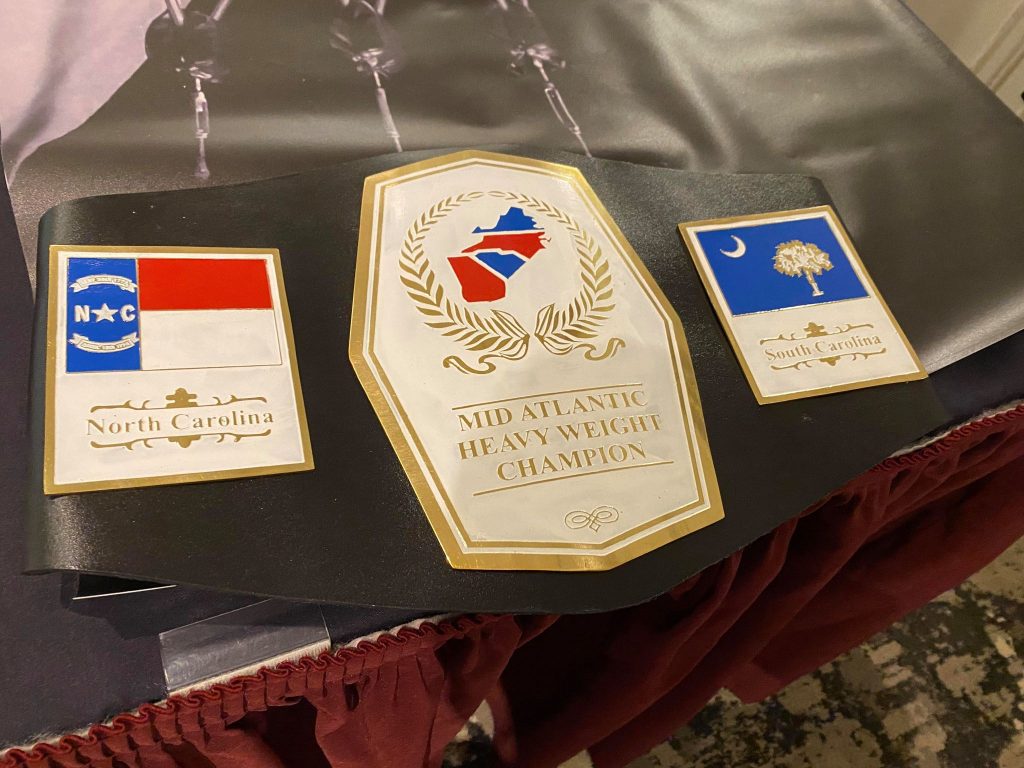 Tom Burke is one of wrestling’s greatest writers, editors, historians, collectors, and he even performed on the indy scene as manager Ludwig Von Speicher. For more on Tom, see our 2020 story: Tom Burke at 62 years of collecting – and counting