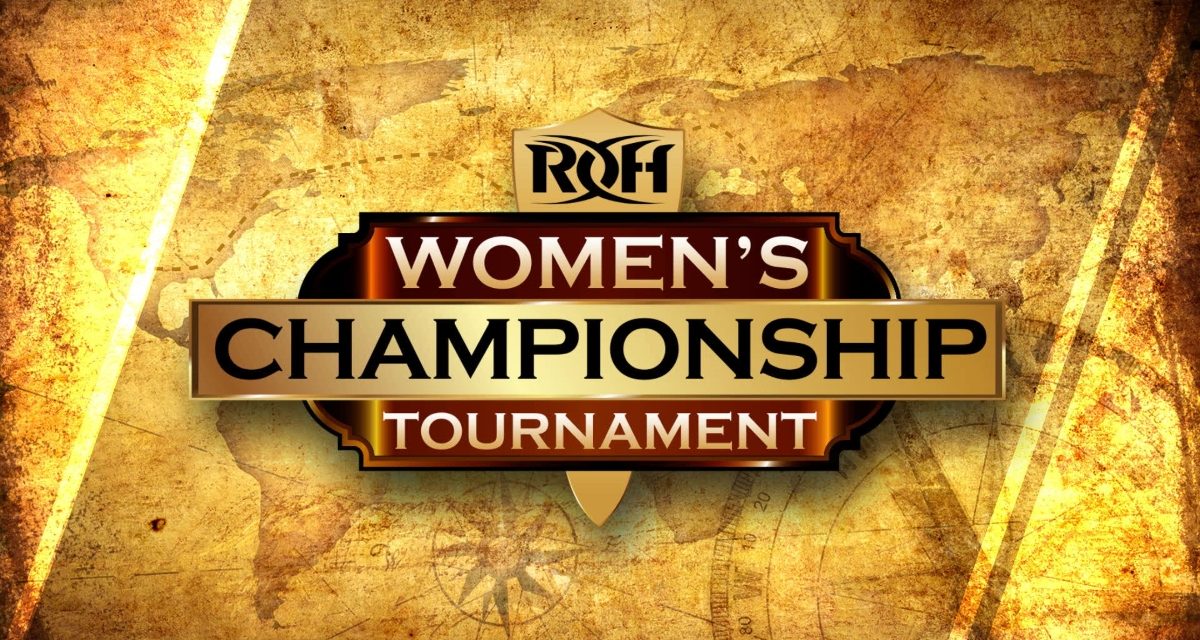 Greetings and salutations everyone and welcome to my weekly ROH TV report. This is the go home show for Death Before Dishonor and we have both women’s semifinal matches to enjoy. Without further ado let’s get to it.

The show kicked off with our regular intro and Quinn McKay is back as host of the show. McKay runs through the card which will feature the Semifinals of the Women’s Championship Tournament and a faction vs faccion match to close the show.

Chelsea Green joins the commentary desk for this match. As the match started, Adora took an early advantage on Alize as she left her reeling in pain on the outside of the ring.

Back from the break, Alize continued her beatdown of Adora but she began showing some cockiness which led to some gaps in her attack which allowed Adora to gain some of the advantage back. Adora’s size advantage was obvious in this match but Alize tried to overcome this with her speed. Alize was able to connect a few strong running kicks. This allowed her to connect with her Drive by knee strike followed by the Miranda Rights crossface hold. This was too much for Adora who eventually submitted after about 30 seconds in the hold.

Before the match we got another video package hyping the match up and both women vowed to win the match and go to the finals this Sunday at Death Before Dishonor.

As the match started, Rok-C extended her hand to honor the code of honor but Love refused. Rok-C went after the injured shoulder of love courtesy of Max the Impaler’s attack last week.

Angelina Love as a step too slow as Rok-C was able to move away from a lot of Love’s offense including her signature pump kick. Both women exchanged pinning combinations but Rok-C was able to lock in an arm bar to make Love submit to seal her spot in the finals of the Women’s championship Tournament.

Both teams began brawling on the entrance way as we went to commercial.

Moses and King were the legal men to start the match as we returned from break but as one would expect, pandemonium ensued. Once again, both teams got into a brawl. Once order and honor was restored, Lee and Edwards were the legal men. The match was back and forth with LFY trying their evil tactics but STP countering them with their brute strength.

The main attraction of the match saw Rush and Taylor go one on one with each other. This is for sure something that ROH should book towards.

Bestia del Ring distracted the officials as King low blowed Taylor and got the pinfall victory for his team, La Faccion Ingobernable

This week’s TV was a clear set up to this weekends Death Before Dishonor PPV. Unfortunately, no match was given enough time on TV but it did at least leave me wanting to watch the PPV for the women’s finals. We now have a clear finals for the Women’s Championship Tournament which was the focus of TV for the past month. We also have an idea of some of the singles programs that may be built over the next few weeks as Shane Taylor and Rush was featured in their main event clash.

Be sure to check out our PPV report this coming Sunday!