Tony Khan talks CM Punk, WCW and All Out

It wasn’t just a signing. It was an event. CM Punk joining AEW might be that game-changer the promotion has been waiting for but no matter how things evolve Tony Khan, AEW’s CEO, is ecstatic about working with the Best in the World and doing what nobody else could.

“He has a really great wrestling mind and he has brought so much to the table already. He is a really good person to collaborate with,” said Khan of Punk during a media conference call today.

Punk’s match against Darby Allin at the All Out event this Sunday was a year and a half in the making as Khan negotiated with Punk.

“During that year and a half Darby’s been working his ass off and becoming a legitimate wrestling star,” said Khan. “Darby has been so hot through the pandemic. He rose and became a bigger name in wrestling and that was all happening at the same time when CM Punk was contemplating a comeback to the wrestling business.” 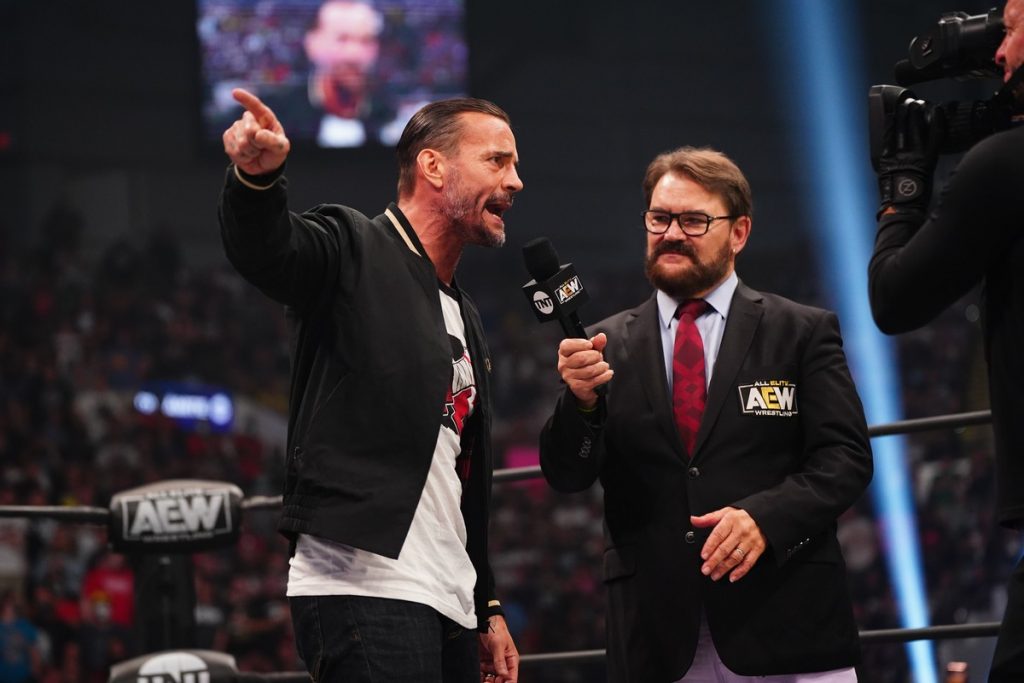 Khan had criticism though of how Punk was portrayed and used in the WWE.

Khan told Punk when he signed on that none of the booking had planned would ever come from a “malicious place”.

“If something doesn’t make sense to you, come to me and let’s talk about it. That is generally how I am with everyone,” said Khan.

Khan also criticized WCW and other promotions in general for giving any wrestler total creative control.

“Not one person, including Mr. Punk, nobody on the roster has creative control. It is not like WCW and I think that was one of the issues with WCW. When you have a person who has creative control in their contract they can hold up the show. I don’t know how you can get through TV doing that. I cannot imagine if I had to deal with that. What I do have is a lot of people I like to sit down and talk with,” said Khan of AEW’s booking process.

Khan admits that even Sting himself was a bit cautious signing on with AEW based on what happened to him in WWE too.

“Originally, he came in pretty tentative and I think I took the heat for some of it because of what people thought about the way I was using Sting but I think it was about pacing. Sting is starting to get more physically involved and I think honestly the way his character has evolved in AEW is really cool. It wouldn’t have made sense to him or to us for him to come in and do as much physical stuff. He had to ease into it and become comfortable. He is very comfortable now and he is in amazing shape. He is doing safe stuff and having the time of his life,” said Khan proudly. 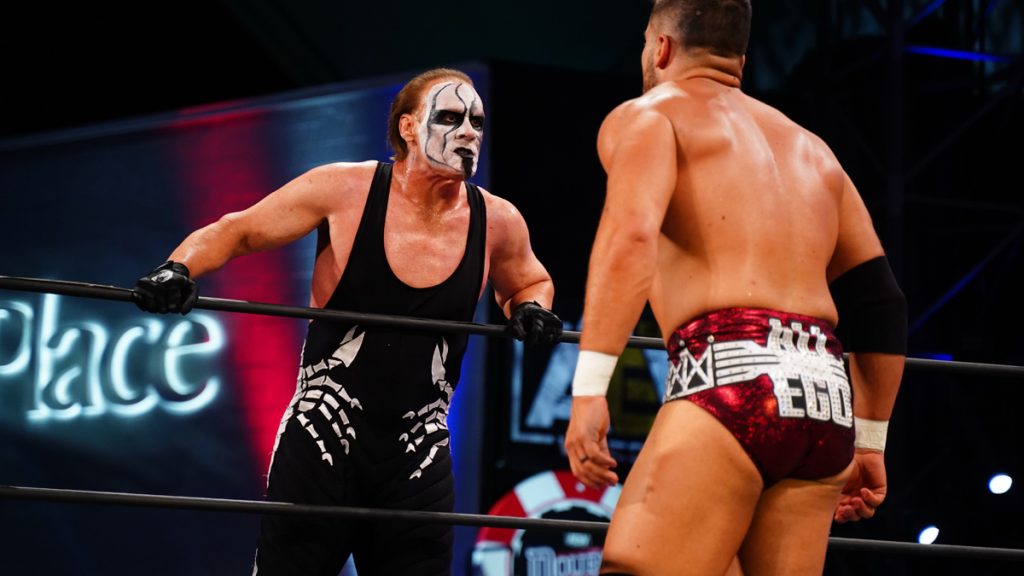 Sting at Double or Nothing 2021. Courtesy: AEW.

The glory days of WCW are being felt in AEW beyond the presence of stars like Sting, Paul Wight, Chris Jericho or Chavo Guerrero Jr. Khan confirmed that all of the future AEW Dark tapings will be moving to Universal Studios in Orlando, Florida. Universal Studios is where WCW used to film WCW Worldwide. Impact Wrestling also filmed many of their shows there as well. Khan recognizes the connection between WCW and AEW in that just like Worldwide, Dark highlights and builds up new talent.

“It’s ironic. Chris Jericho, Chavo Guerrero, Dean Malenko, these are guys that work for me now in a AEW. Those are some of the stars of Worldwide. Those guys and Universal Studios had some classic matches with some veterans. One of my all-time heroes, one of the all-time greatest wrestlers who ever lived, ‘Beautiful’ Bobby Eaton, has some great matches there. It’s a great place for the veterans. It’s a great place for the young wrestlers. I want to bring back the spirit of those Worldwide tapings which have a very fun place and a special place in my heart,” he said.

Although putting the event together has consumed him for months, Khan is looking forward to the matches and the surprises that AEW has in store for fans on Sunday at All Out.

“I’m very excited about All Out. This is going to be the biggest pay per view event we’ve ever done,” he said. “I think this is the biggest card we’ve ever presented, period.”