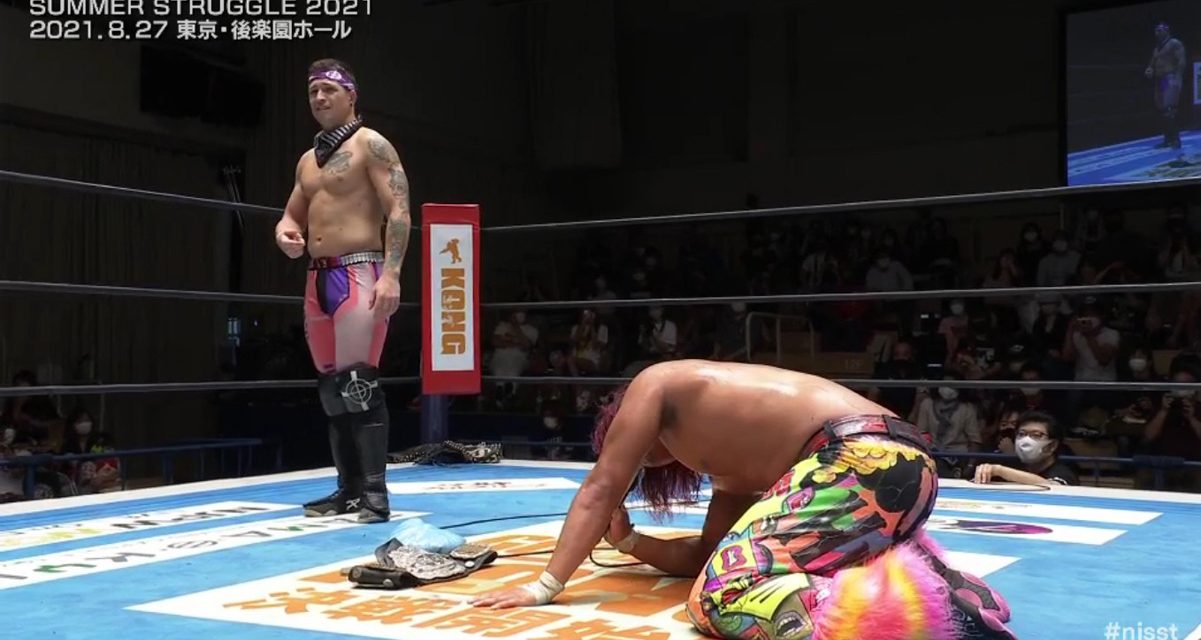 The war between Jeff Cobb and Kazuchika Okada will apparently continue to rage on as nothing was really settled at the final Summer Struggle event.

After saying last night that Okada’s appearance at Korakuen Hall tonight would be his last, Cobb didn’t take Okada out during their tag team match. Cobb teamed with his United Empire pal the Great-O-Khan to take on Okada and Togi Makabe.

Okada stormed Cobb as soon as the bell rung. A well-placed elbow knocks Cobb to the canvass. Knowing what a powerhouse Cobb is, Okada starts working on his lower back.

A vengeful Okada took the fight to the floor where both men whipped each other into the ringside barricade. On the other side of the ring Khan was doing the same thing to Makabe. The referee gave Cobb a warning as he leapt up and down on Okada’s chest. 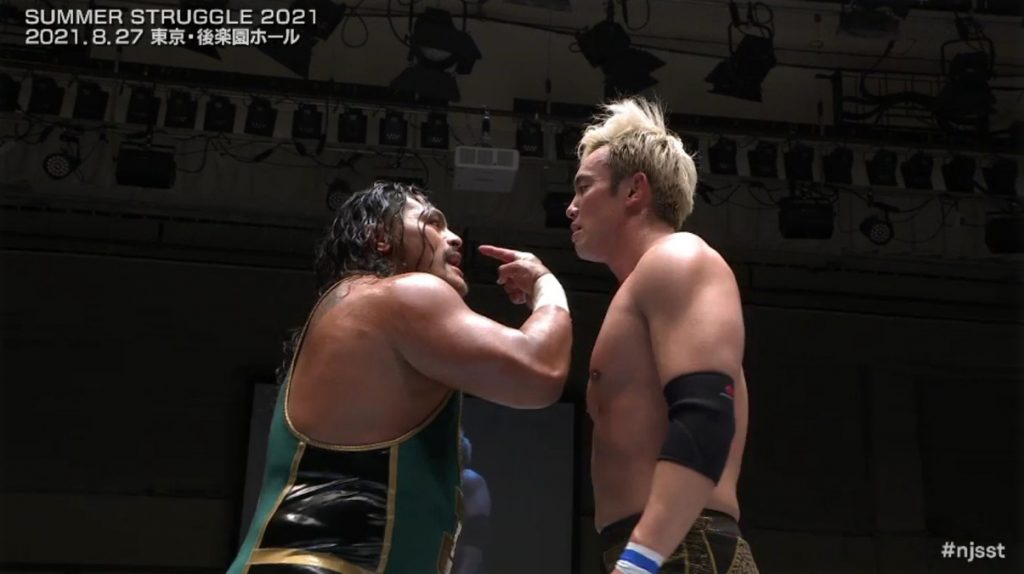 The battle rages on. Courtesy: NJPW.

Back inside the squared circle, Cobb mocked the fans cheering for Okada. Cobb blocked Okada in the corner while he tagged in Khan to work over Okada some more. Khan’s Mongolian Chops drove Okada to the mat. Cobb tagged back in demanding, challenging Okada to hit him with his best shots. He does. Cobb hits back even harder. Cobb smiles at Makabe as he hits Okada with a shoulder tackle in a corner.

The United Empire make short work of Makabe. Cobb pins him with Tour of the Islands while Khan cuts Okada off from making the save.

Okada and Cobb stare each other down after the bell. They shove each other, grab each other’s throats and spit verbal venom at one another.

Hiromu Takahashi, who has been on the bench due to a shoulder injury, made his return to NJPW handily defeating Douki in a singles match as well.

“Please, just one minute,” said Hiromu sitting down in the middle of the ring and inviting Eagles to do the same.

Hiromu and Eagles watched the clock in the arena wind its way around to begin the minute.

“This is a very long time,” laughed Hiromu as they waited.

An impatient Eagles pointed at the invisible watch on his wrist.

Hiromu took the belt from Eagles as it is not Eagles he wants to speak with but…the IWGP Junior Heavyweight Championship belt. He begins having a conversation with it in Japanese. Eagles makes the international hand signal for crazy. 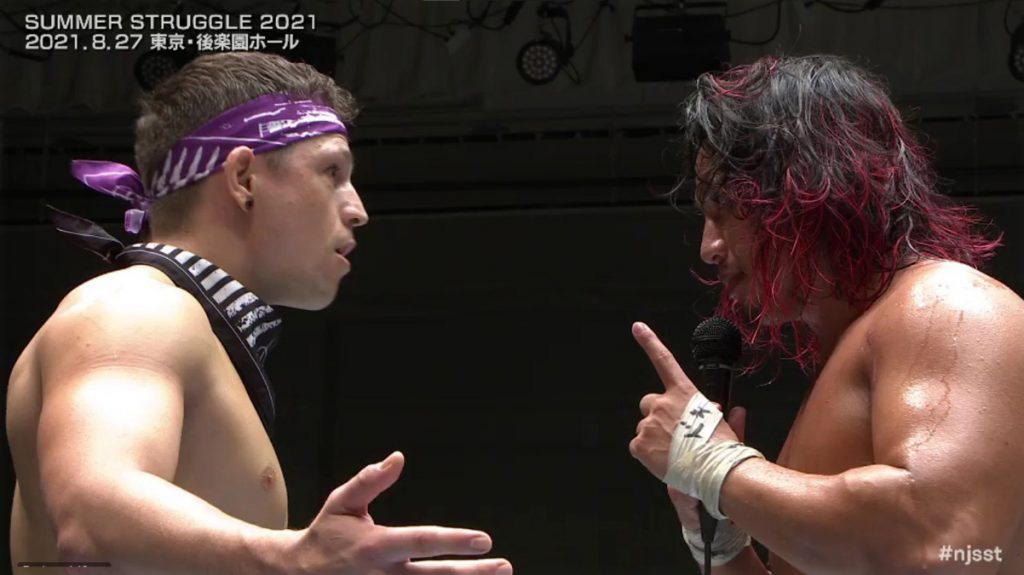 “You want more time? You beat me at Met Life Stadium,” said Eagles snatching the belt off the mat.

Eagles will defend the IWGP Junior Heavyweight Championship on September 5th against Takahashi on the second night of Wrestle Grand Slam.

You guessed it. For the third encounter in a row…

Taguchi leaps off the top rope. He missed his target. One Zack Mephisto and Taguchi is pinned. The tag team champs stare down Hashi and Goto. As Goto, Hashi leave the ring, Suzuki-gun stomps on Taguchi. Hashi and Goto rush back in to protect Taguchi.

Winners: The United Empire (The Great-O-Khan and Jeff Cobb)

An absolutely incredible match between two of the quickest in NJPW. Eagles wins with the 450 Splash on Wato’s leg and the Robinson Special.