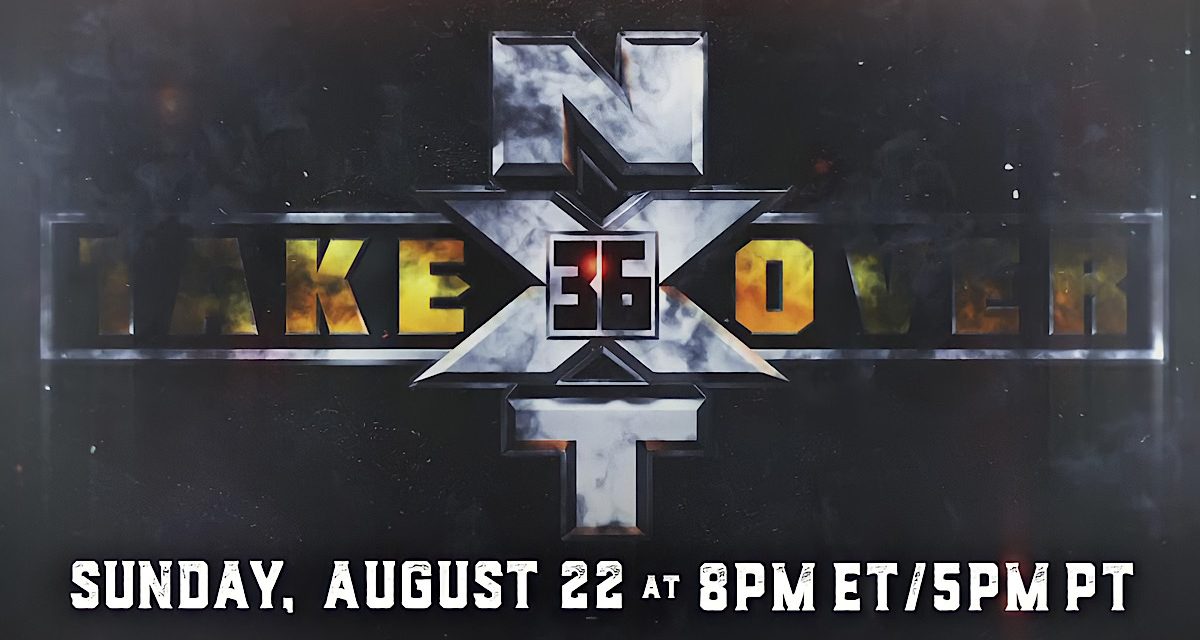 In possibly Adam Cole’s final WWE bout, he and rival Kyle O’Reilly competed in a match dubbed “The Undisputed Finale” — which, fittingly, could also represent tonight’s NXT TakeOver as the imminent winds of change are coming. NXT’s complete revamp has been confirmed, and NXT consequently lost some momentum building up towards tonight’s event.

Nevertheless, the card pulled through. The aforementioned Cole-O’Reilly bout, opener between Cameron Grimes and LA Knight, and match-of-the-year classic between Ilja Dragunov and WALTER were outstanding in-ring highlights. And despite a simultaneously new and old champion becoming an outlying variable in NXT’s new direction, NXT TakeOver delivering is a constant.

“The Million Dollar Man” Ted DiBiase accompanies Grimes ringside as the latter finally removes his butler outfit. But added to the championship stipulation, if Grimes loses, DiBiase himself will become Knight’s butler. Good thing for Grimes and DiBiase though, those in attendance are loud and completely behind them. Early on, the competitors trade pretty standard offense to big reactions nevertheless, and Grimes eventually hits a comeback to recurrent “to the moon” chants. A few nearfalls later, Grimes delivers his signature flipping reversal — busting his nose apparently, but the champion one-ups with an amazing avalanche suplex. Knight escapes a submission and grabs the championship belt, but ringside, DiBiase cinches his finishing hold. Grimes capitalizes with The Cave In, winning the strap and rivalry in a great opener!

Despite Kai’s totally understandable viewpoint of wanting to be “nobody’s sidekick”, she’s the villainous challenger to the 6’0” champion — a matchup a long time coming. The Capitol Wrestling Center cheers on Kai anyways as Gonzalez womanhandles her former friend until receiving a momentum-changing Yakuza Kick. Although repeatedly, the champion powers through Kai’s offense and ragdolls her around — notably throwing Kai onto the entrance ramp. After kicking out of Kai’s signature moves, Gonzalez finally catches the challenger with an avalanche slam for three. Between the combination of challenger-champion familiarity and a very engaged crowd, it was Gonzalez’s best championship defense yet.

In 2020, Dragunov versus WALTER was a match-of-the-year classic with zero fans in attendance; now, a lucky bunch will witness it in-person. Dragunov’s signature intensity shines from the get-go, but WALTER finally catches him with a brutal slap. The champion works Dragunov down, and his gunshot-like strikes are always incredible. The challenger vehemently returns the favor before WALTER reverses with a lariat, and the audience rightfully appreciates the pure violence! The competitors continue to trade stiff shots, and Dragunov makes the fiery comeback, popping up from WALTER’s German and connecting with two Torpedo Moscow blows. The nearfalls persist, and in a demented way, the skin-ripping brutality is simply beautiful. Dragunov relentlessly clubs away and cinches a sleeper, ultimately tapping out the champion. Dragunov grabs his championship belt in disbelief… the longest reign in modern WWE history is over! And the madlads repeated history; 2021 NXT match-of-the-year rewards are incoming!

In celebration of his championship victory, Ted DiBiase hands Cameron Grimes a wad of cash. They’re going “to the moon!”

It’s dubbed “The Undisputed Finale”, and for NXT itself, it’s certainly the finale of a defining “ERA”. The first fall is contested under “straight up” rules, and the competitors immediately up the momentum. Cole attempts Panama Sunrise, but O’Reilly reverses into a quick pinfall. The second fall is a street fight, and weapons are shortly introduced to Cole’s advantage as he targets O’Reilly’s midsection. At a point, the competitors trade chain-wrapped fists before Cole sets two chairs back-to-back. O’Reilly scales the ropes, but he’s inevitably thrown down spine-first, allowing Cole to connect with The Last Shot for three. The third fall is a steel cage, but Cole continues the attack as medical attends to O’Reilly. After a recap, O’Reilly recuperates and turns the tide until Cole connects with a low blow. He climbs the steel and delivers a top-rope Panama Sunrise for two, thereafter handcuffing his opponent to the ropes. O’Reilly eats two big superkicks and catches the third, ultimately tapping Cole out with a kneebar.

Although the Capitol Wrestling Center is emotionally attached to Cole, leading to a vocal “bull-” chant when O’Reilly became victorious, the match was pretty enthralling. Was it redundantly similar to their previous bouts and excessively gimmicky? Perhaps it was. But with Cole and O’Reilly’s psychology and execution, it worked once again. This time O’Reilly won, which might hint at Cole’s future. If so, “The Undisputed Finale” was a fine sendoff to NXT’s era-defining staple.

A beaten up Ilja Dragunov — look at him — is interviewed backstage about his championship victory. “The Ring General has fallen”, and Dragunov is beginning a new era for NXT UK — if the brand survives of course.

February 2020 was Samoa Joe’s last match, and watching him strike and chop again feels right. Kross halts the offense, connecting with an early Doomsday Saito and running forearm, but Joe recuperates with an outside dive — although it seemingly affected both. Joe, tiredly, pulls off his signature moves and punnily “finds a second wind” to begin the comeback. They trade their finishing Coquina Clutch and Kross Jacket submissions, but Joe remains on top. He connects with an enziguri and delivers the Muscle Buster for three, officially becoming the new NXT Champion. And so, Samoa Joe etches his name inside the NXT record books as the only three-time NXT Champion. The question is, how will 42-year-old Joe lead NXT’s supposed revamp and new, younger direction?

As per usual, NXT TakeOver delivered with great in-ring action. It’s very unfortunate that on SummerSlam weekend, this show happened inside the Capitol Wrestling Center instead of a packed arena. But that apparently isn’t NXT’s M.O. anymore. Dragunov-WALTER was a show stealer, and the rest was solid. We’ll see what happens from here!