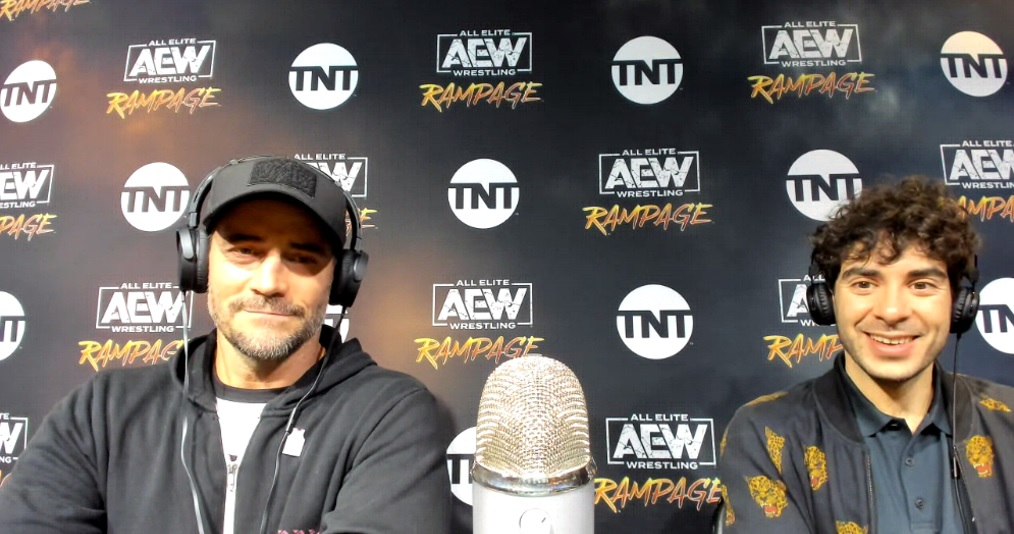 The long discussed, oft-wished for the return of CM Punk on AEW Rampage in Chicago was the kind of moment that couldn’t have gone any better for the man or the promotion. It was a segment that overflowed in genuine emotion — certainly the most memorable moment in professional wrestling since the onset of the COVID-19 pandemic, and arguably for at least a few years further back.

Immediately after the show at the United Center (and after the fans were treated to free ice cream bars thanks to the man himself), Punk revealed some details of how he came to sign with AEW, and what his immediate goals are. As he answered questions from the media along with AEW CEO and GM Tony Khan, he didn’t want to spill everything, but reassured fans that he was in it for the long haul.

“I don’t really know if you want to know how the sausage is made,” Punk said when asked about the specifics of his AEW deal, including how long his contract is. “One of the biggest appeals of AEW is everybody here looks like they show up to have a good time. You don’t want to know details about my contract. Just know I’m here, it’s not a part-time thing, and I’m here to have fun.”

Punk’s breakup with WWE seven years ago was a huge deal at the time, and a bit of an anomaly in an industry where it occasionally feels like it’s impossible for bridges to ever be completely burned. Yet he remained out of pro wrestling almost completely since 2014, embarking on a brief MMA career and writing for Marvel Comics, among other things, in the interim.

What changed, and why AEW? Punk said it was mostly a feeling of comfort, primarily with the talent, but also with the people in charge. He spoke several times about how he saw everyone having fun and not getting in each other’s way. Khan noted that they had been speaking about working together as far back as 2018, but both agreed that having him arrive during the pandemic, without fans on hand, wasn’t happening.

That allowed the discussions to proceed at a relaxed pace and provided extra time for several strokes of good fortune, such as the United Center being available on a Friday night right as AEW was starting Rampage. But Punk also suggested it didn’t take an extensive sales pitch to win him over.

“I think it was worth the wait,” Khan added.

A question about how Punk’s return was kept a secret was greeted by good-natured laughter, with Khan calling it “the worst kept secret of all time.” Indeed, Friday turned out to be the rare time in 21st century pro wrestling where internet speculation turns out to be 100% on point, because the people involved aren’t trying to fool anyone.

Punk also credited the tight-knit nature of the AEW locker room with helping to keep it from being more widely circulated, and he enjoyed the idea that he could simply walk into the building and “nobody’s trying to tweet  and spoil stuff.”

While the first wrestler Punk put over during his promo on Friday night was Dr. Britt Baker, he ended it with a show of respect for Darby Allin, in the form of challenging him to a match at All Out. The idea for him to face Allin, who in many ways is one of AEW’s homegrown stars, came from Khan, but Punk has had his eye on the former TNT Champion for some time.

“I think if I was a kid and I saw Darby Allin, he’d be my favorite wrestler,” Punk said. “Because I wasn’t a jock, I was a skateboard kid, and he does things like … I’m obsessed with his dive (the Coffin Drop). I don’t want to take it, that s–t looks painful, but it just looks like it fits. I can’t explain sometimes where you get a feeling about situations or people and a lot of it just makes sense.”

Based on what the wrestling world saw at the United Center, CM Punk and AEW just makes sense as well.