Guest column: Shazza McKenzie and her battles with lipedema 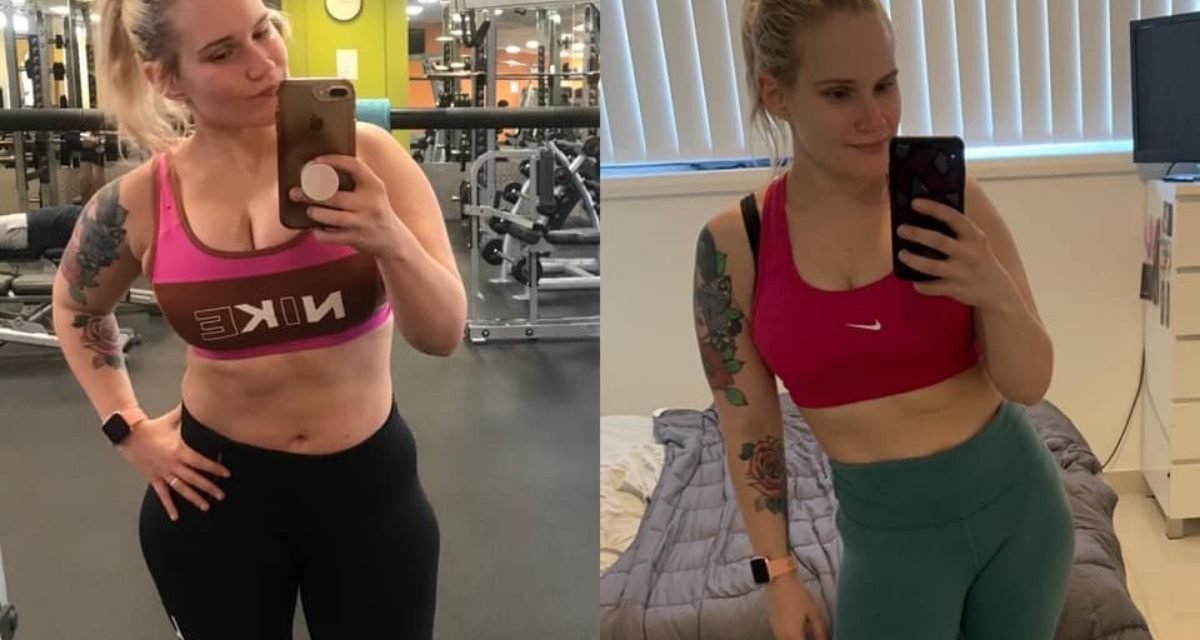 Being a female in an aesthetically-driven business can be very tough, it can be even tougher if you’re living undiagnosed with a disease most people write off as being fat. My name is Shazza McKenzie, I am an independent professional wrestler from Australia. I’ve wrestled all around the world, including on TV, whilst suffering from lipedema.

Around the age of 11, when I first hit puberty, I began to notice some changes in my body, as most people do. For me the changes were in my lower half, the way my thighs and calves were shaped. I quickly realized living in Australia and regularly going to the beach at the time, that my legs looked different than my peers. It bothered me but it wasn’t until I was about 15 that it really became an issue.

When I was 16, I started watching professional wrestling — this was in 2004 so exactly around the “Diva Search era.” I fell in love with wrestling instantly and knew that was all I wanted to do. But looking at my TV and seeing the models that made up the industry then, I realized pretty quickly that I wouldn’t ever be able to live that dream. I knew I could never partake in a bikini contest because of how repulsive my legs looked. I used to think about cutting them off but I settled for just cutting them. I didn’t know how else to express my frustration with how my legs looked than to accept that they would always be ugly and cut them so they were uglier. 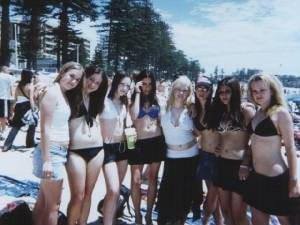 I have very few photos of myself as a teenager. I’m in the white top, all covered up, in this photo.

By the time I was 17, I hadn’t been able to give up the dream of wanting to be a professional wrestler so I decided it was time to try to lose weight. I’d never been significantly overweight. I had always an average weight, but just shaped differently and holding the majority of my weight in my thighs. I embarked on a crash diet which eventuated to me developing an extreme eating disorder from eating an incredibly low amount of calories and exercising for hours daily. Over the space of two to three months, I dropped to a weight so incredibly unhealthy that I had no energy to do anything. I would make myself caffeinated enough to do my hours of workouts and then spend the rest of the day lying on the couch with no energy to move.

Eventually I was seen by a doctor and my recovery began, despite me never being satisfied with my depleted body due to the fat in my legs remaining there. I could not figure out what was wrong with me as I was clearly severely underweight on the rest of my body so this became even more frustrating. After severely under-eating for months on end, during recovery I developed bulimia and would abuse laxatives to purge myself when I would binge eat. These extreme and destructive measures have had long term and significant effects on my digestive system all in an effort to become skinnier. To this day I still struggle with binge eating however I’ve worked very hard the past few years to develop a healthier relationship with food.

At the age of 19, I finally jumped in and began my journey as a professional wrestler. If I thought my body issues were bad before, becoming a public figure during the social media era made it 10 times worse. I no longer just had to be concerned about the way I saw my body, I was now having random people on the internet tell me what they thought of my body (and everything else in between). I always would get comments on being one of the few females to wrestle in a skirt. That skirt was to hide my thighs from everyone. 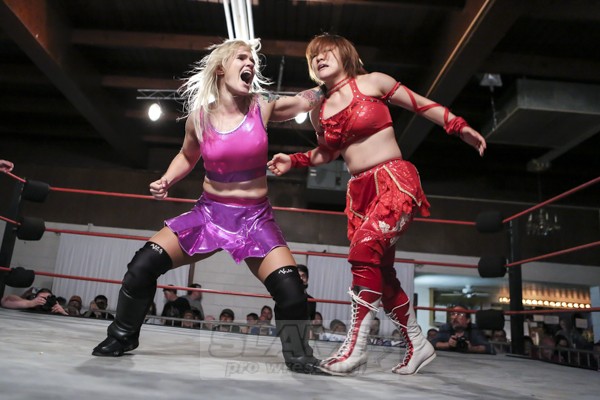 Here’s a classic photo of me in my skirt, taking a swing at Arisa Nakajima at SHIMMER 29 in June 2016. Photo by Ricky Havlik, www.rickyhavlik.com

Over the last 14 years that I’ve been in professional wrestling I’ve loved seeing the change towards how women are perceived. The focus has become more on their talent within the ring rather than what they look like in a bikini. Don’t get me wrong, the women of the divas’ era are legends and inspired me so greatly along this journey. I just love seeing women of so many more shapes and sizes on our TVs on a weekly basis.

Last year during the pandemic, my wrestling career got put on hold and I was finally able to do something about my legs. I had researched lipedema a little bit over the years and thought I may have it, but receiving an official diagnosis was a weight off my shoulders. The disease is so often overlooked by many people including doctors as just being overweight and unhealthy. To have a medical professional finally tell me that I wasn’t crazy, and that I wasn’t lazy and unhealthy, was incredibly validating. Do I wish I was diagnosed earlier in life? Yes, but finally knowing now brings me so much relief.

It was recommended that I would need three surgeries to get rid of all the diseased fat within my legs but for now I am satisfied with my results from just one. In August 2020, I had my first liposuction procedure to remove the diseased fat from my inner, outer, front and back thighs. At the time I wasn’t ready to tell the world what surgery I had as I feared being judged and laughed at. I feared again being considered lazy, fat and unhealthy despite my diagnosis. But a year later I wouldn’t trade the confidence that it has given me for the world and I want to be open and honest about this disease as much as possible.

The evidence is in the photos at the top of the page. On the left, it’s August 2020, the day before my surgery and the photo on the right is a year later, August 2021.

It is estimated that 11 per cent of all women suffer from lipedema (spelled lipoedema in many places). It is a hereditary disease and usually develops during puberty or pregnancy. As it’s not well known and many doctors do not recognize it, it can feel very isolating. Constantly being told that you just need to watch what you eat and exercise more is not the answer here. Especially as an athlete and a fitness industry professional, it can be so frustrating to hear this when you know you’re doing everything right. 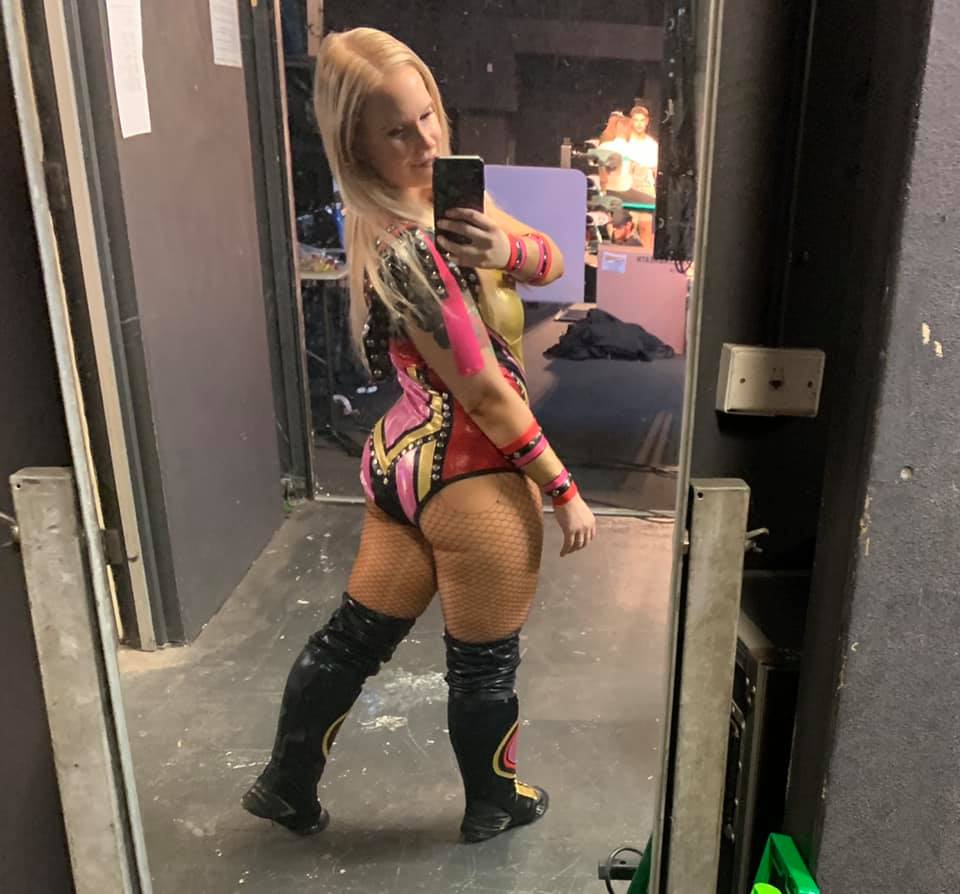 There are many things that can be done to help relieve the pain temporarily. I have frequented manual lymphatic drainage massages and still do this as well as wear compression garments under my clothing to help reduce the swelling on a daily basis. The surgery has not “cured” me by any means just made it easier to live with. I still need to partake in these therapies in the long run to help with the pain.

Fitness-wise, lipoedema hasn’t hindered my ability to exercise but not because it hasn’t caused me a lot of pain. I have to be careful in the types of exercises that I do as high intensity workouts can increase the swelling and the pain. Because I was undiagnosed for so long, I believed that the pain in my legs, the heaviness and the swelling was due to me being “unfit” so I always tried to push through due to my determination to be a successful wrestler. I realize now that a lot of this may have been damaging and increased my pain and swelling but I think that’s why it’s important to bring this disease some more attention.

Looking towards the future, I do experience pain and swelling still and I always will unless I undergo further surgeries which I may later in life dependent on time and money. Because this disease isn’t yet recognized by many medical agencies the surgeries are considered “cosmetic” and therefore not covered under any insurance or government medical assistance. Whilst I still struggle with the pain, having my confidence restored after years of being self conscious has been priceless. Of course, I still have my insecurities but my confidence has tripled since surgery and I feel like there is a world of possibilities for me.

I want to share my story because I know how isolating having lipedema can feel. I want to bring awareness to this disease so that other teenage girls don’t grow up hating their bodies or believing that they’ve done something wrong to cause themselves to be different. Being in such an aesthetically-focused industry, I want to bring light to this disease which is not just cosmetically painful but physically as well. I want to show that you can be successful in whatever you set your mind too regardless of the way you are shaped. You are beautiful the way you are. I can only hope that by reading my story I’ve helped someone feel less alone.

Shazza McKenzie is an independent professional wrestler from Australia. She has been in the industry for 14 years and has been lucky enough to wrestle in six different countries over that time. She is a former Heart Of SHIMMER champion and has appeared on WWE NXT and AEW programming.