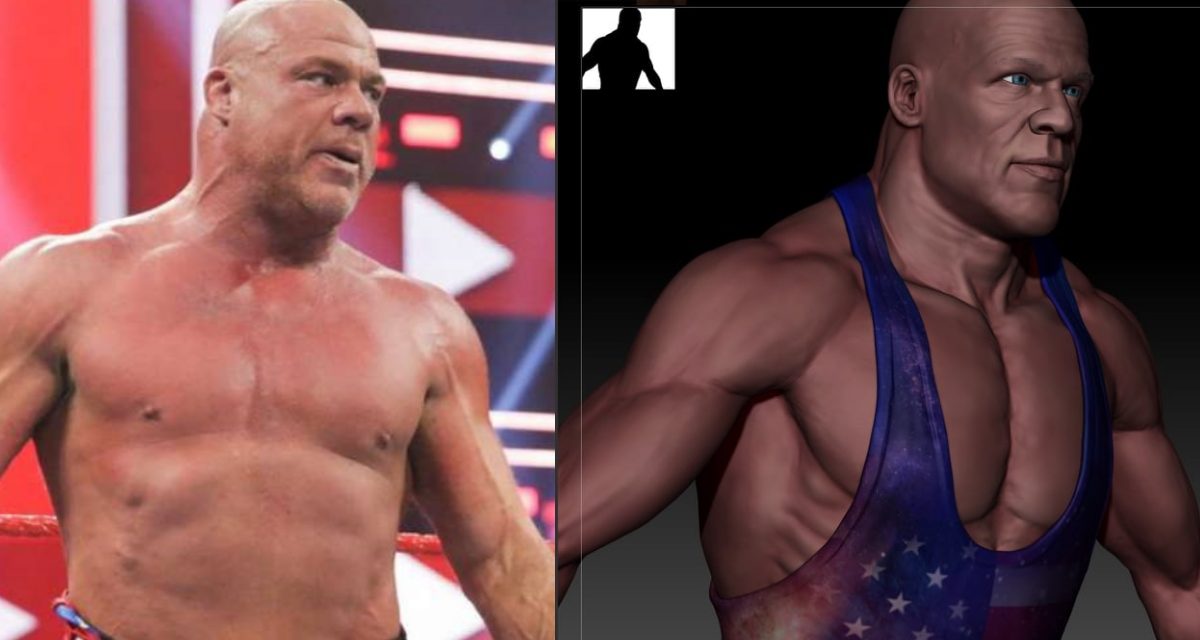 Kurt Angle’s life has long been in the public eye as a high-level athlete who won Olympic wrestling gold in 1996 “with a broken freakin’ neck!” But it wasn’t until later, upon signing with WWE, that he began to think of himself as a brand.

Angle had a “humble” upbringing, thus, he told SlamWrestling.net that collectibles and merchandise were not on his radar. “We couldn’t afford any toys.” He and his siblings grew up in the Pittsburgh area. “Our toys were each other. It was important in our mother and father’s eyes that we were part of a sport all year round. We did every sport you could possibly imagine.” 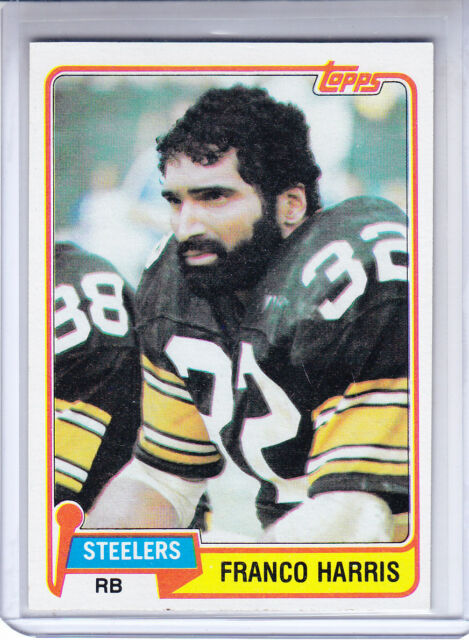 Despite not being a collector, as an athlete and fan, Angle did say he he had one prized possession: “I got my first Franco Harris Steeler jersey, which was my favorite player of all time, and I got it for Christmas when I was about nine years old and I was so excited. I wore that thing every day.”

Even after accepting a WWE contract, the power of merchandise did not dawn on Angle until seeing the first action figure in his likeness on store shelves in the year 2000. “You’d have thought I was a five year old. I was so excited to have one. It was a really cool thing.” 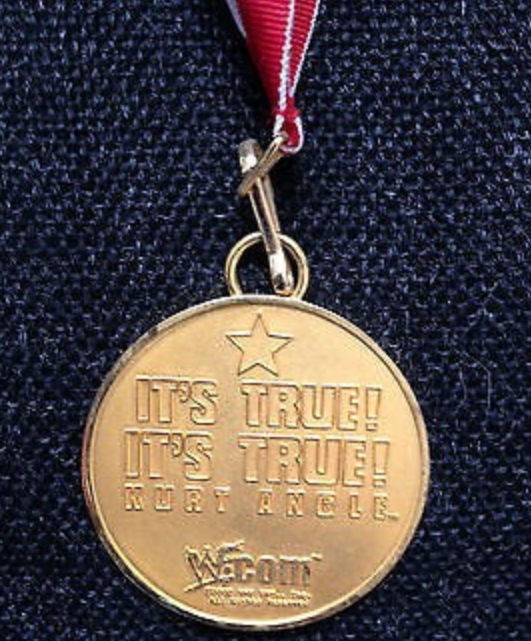 With his legitimate background as an amateur wrestling champion and seamless adaptation to pro wrestling, Angle’s brand has been an easy one to grow. And despite sticking to his tried and true American red, white and blue color palette, he’s been able to always have fresh new looks for his gear and thus merch. 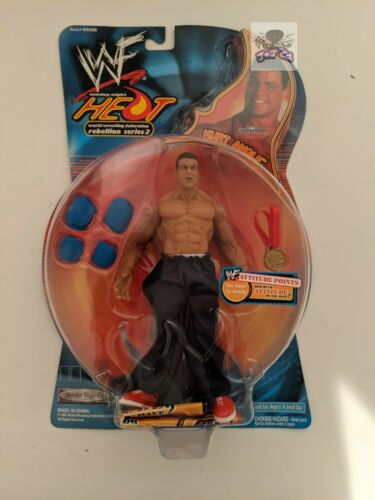 It wasn’t until nearly 50 years of age, upon returning to WWE in 2017, that Angle had another realization. He now wanted to be a collector. “Back then I would give [my action figures] to charities, Hall of Fames, children,” he said. This is also something he says he regrettably did with many of his trophies.

“My whole life I was always told to be humble and not to brag about what you’ve accomplished and all these awards I’ve won, these medals in storage, I’ve had them in storage all these years, a lot of them I gave away. I didn’t realize until later on in life, that’s now what you’re supposed to do. You’re supposed to keep them for your kids, for your family, for your legacy.” Recently Angle has put a trophy case in his office, creating a visible place for his accomplishments.

Playing catch up this late in the game meant his wife, who is in charge of collecting the pieces, paid as much as $140 USD bidding on eBay for vintage Kurt Angle figures. 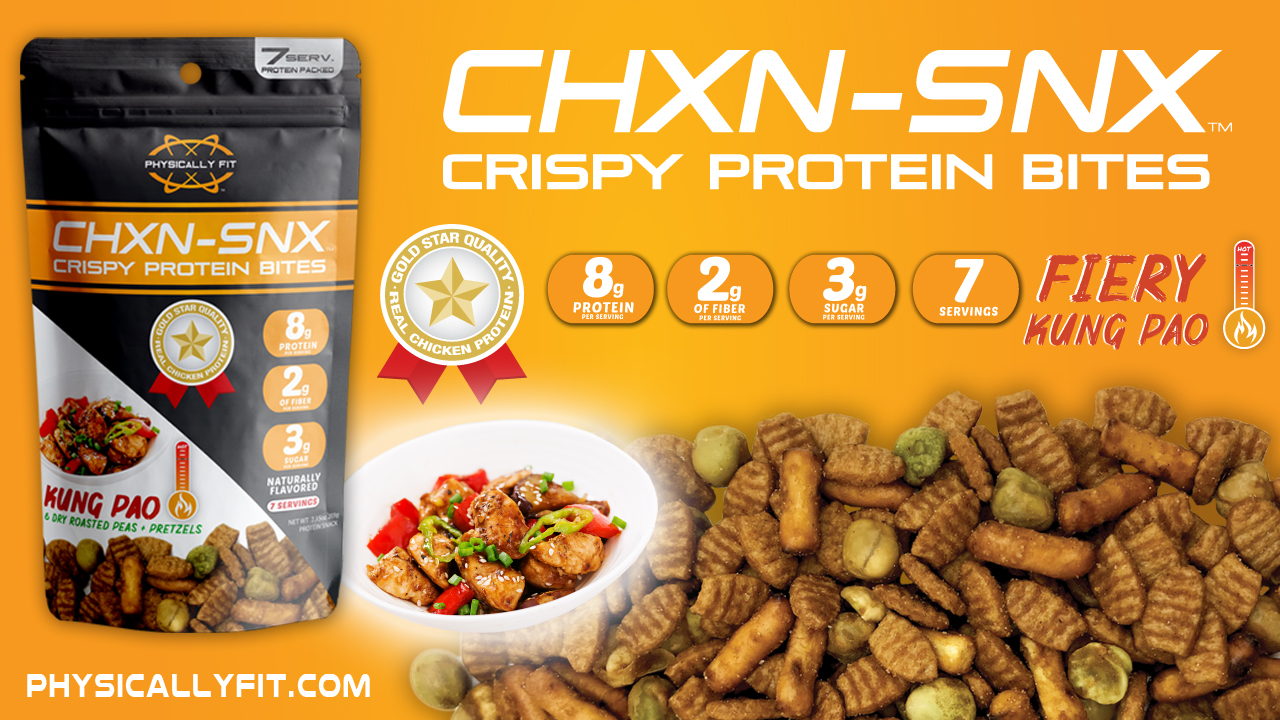 Kurt Angle’s Physically Fit brand of high protein snacks are available in a number of flavors.

Truly understanding the value of himself as a brand has led Angle to recently create his own products through his company — Physically Fit Nutrition’s Chxn-Snx. “They’re really healthy [and] high protein. They’re made from chicken breast and engineered into a Chex Mix type of texture. So it’s like eating Chex Mix but you’re eating protein. I take a lot of pride in this company and especially what we’ve been able to do during this pandemic. We almost went under because of it. But things are starting to open up now and the business is starting to do really well.”

He also launched a popular podcast with Conrad Thompson, The Kurt Angle Show.

Now as the pandemic subsides, Angle is also embarking on a new venture in fresh and uncharted waters as LuchaCoin presents a number of Kurt Angle NFTs (Non-fungible tokens). 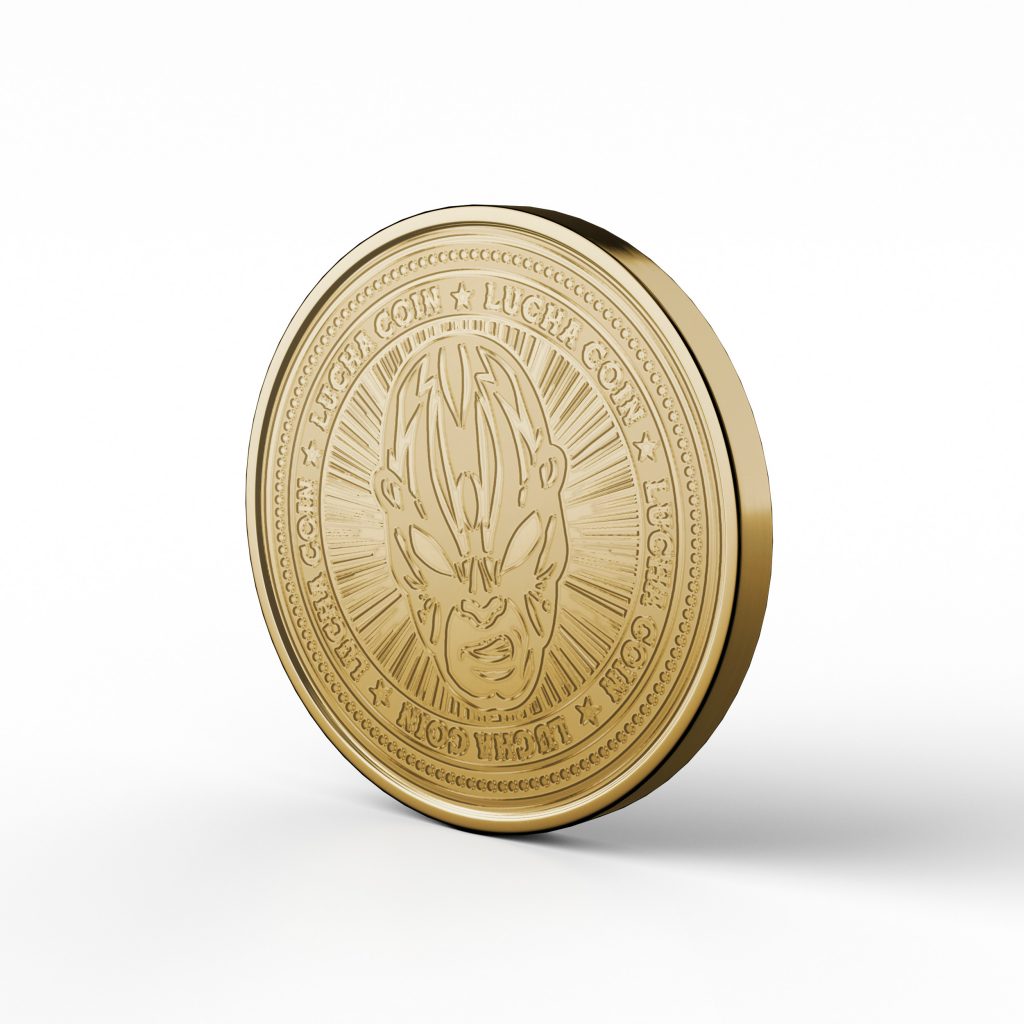 LuchaCoin is the leader in pro wrestling NFTs.

The former WWE champion is excited for the new collectible, as it is a little bit different an NFT, and offers, ahem, a new angle. The minted NFT gives fans and owners a social media shout-out from Angle, a personal video message, and finally a Zoom meet and greet for each NFT.

Angle has been active on Twitter (@realkurtangle) with his Tokyo 2020 Summer Games commentary. The timing worked well for the release of these unprecedented NFTs, with a new Kurt Angle NFT dropping every week for this month of August 2021. These releases have included a Kurt Angle Gold Card that has already sold out. The first figure will be a unique one and available through a timed one-day auction before an additional release to the general public. Angle proudly boasted that the action figure NFT “dances, it can fight, it even captures my signature entrance and interacts with fans (owners) directly.” 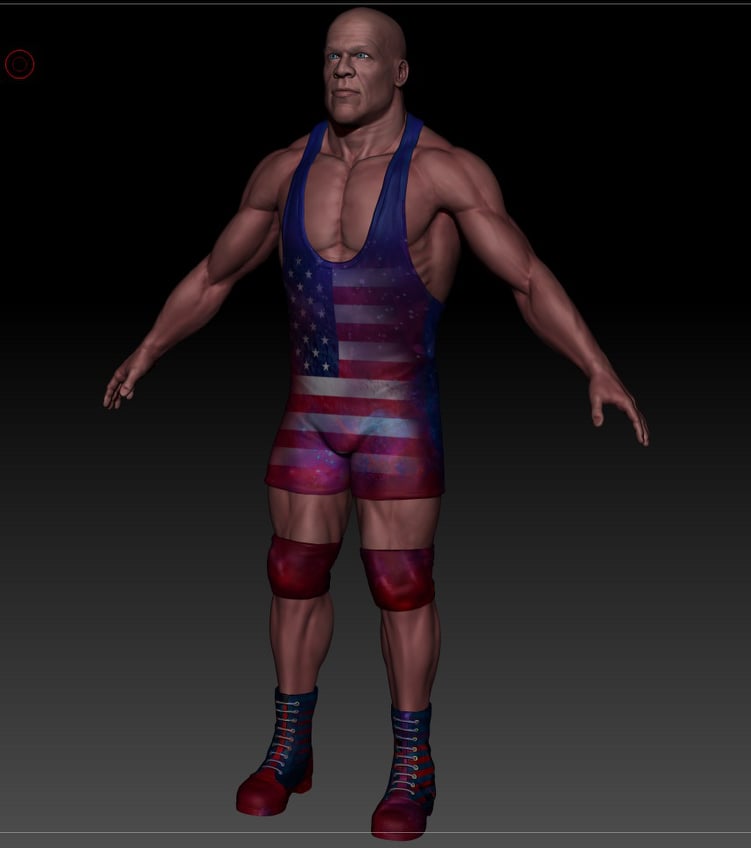 A look at the LuchaCoin Kurt Angle NFT. The first ever digital action figure NFT.

LuchaCoin founders Cvjetkovich and Angus Wakefield wanted to create an experience around their art. “Wrestling fans are some of the best fans in the world. You go to or watch any wrestling show and you can see, hear and feel that these people live, breath and die wrestling,” said Cvjetkovich in a press release. “We wanted to create something that showed how important the fans are to us and to our company. So, it was only natural that we created an NFT of the legend Kurt Angle that fans can get a lot out of.”

The content the NFTs are derived from are original and owned by Kurt Angle, adding uniqueness and authenticity to the already unprecedented collectibles.

Angle is sure pumped, his enthusiasm coming through in waves on the phone. “The incredible NFTs show off my proud moments: The Olympics, my world championship title win… [they] did and incredible job with it and I’m really excited to bring this to the public, to my fans that have been loyal to me for all these years.”