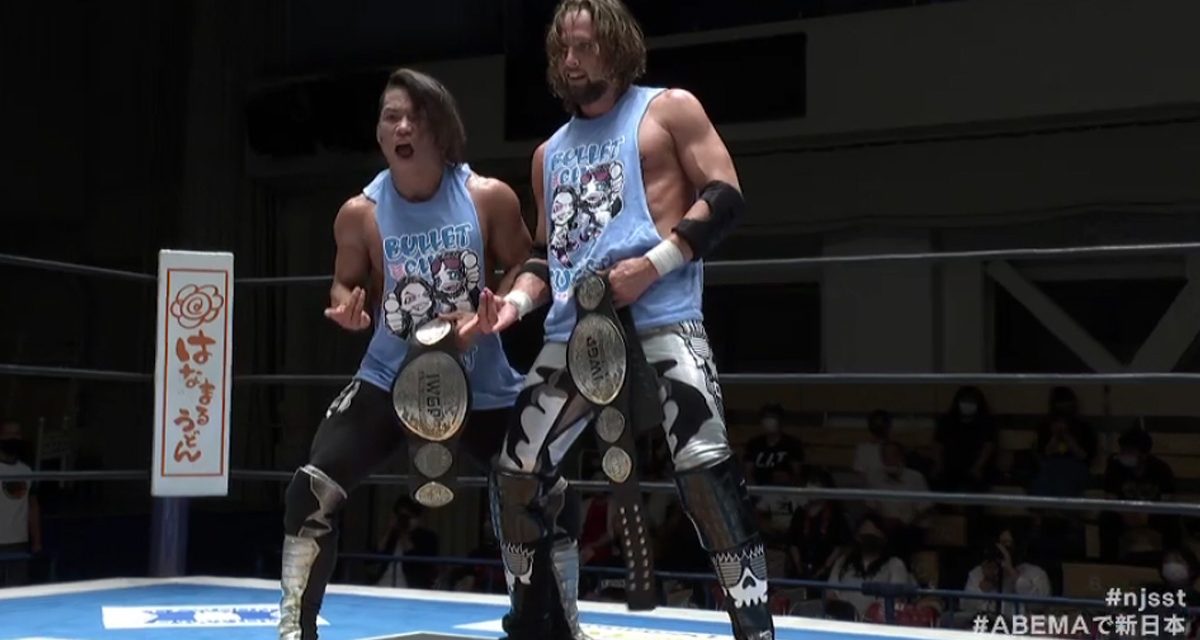 In the first match, it was the high-flying team of Tiger Mask and IWGP Junior Heavyweight Champion, Robbie Eagles, against Bullet Club’s Dick Togo and Gedo.

While Tiger Mask took Togo out of the equation on the floor, Eagles made Gedo submit to the Robinson Special. 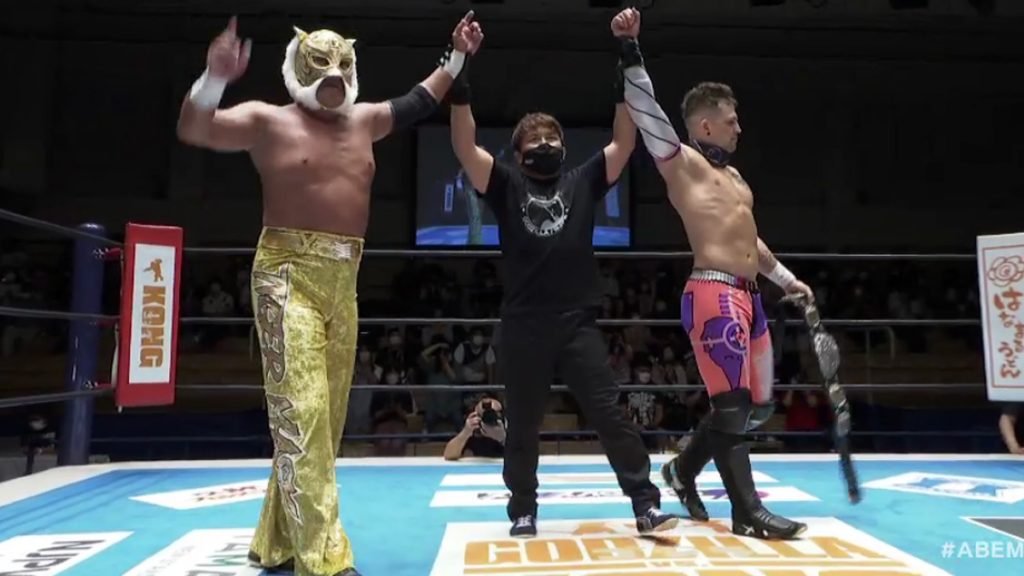 “You guys are an embarrassment to yourselves and you are making everybody in our tag division look stupid by being around you two,” said El Phantasmo to a despondent Sho and Yoh accusing them of not even wanting to be in the industry any more.

A sneaky style win from Yano who punches Jado in the “lower abdomen” and rolls him up for the pin. Yano and the provisional KOPW 2021 Champion, Chase Owens, had some words after the bell.

Honma submits to Sanada’s Cold Skull. Naito won’t let go of the leg lock he has on Goto. Ishii stomps on Naito to free Goto. Sanada and Ishii end up brawling.