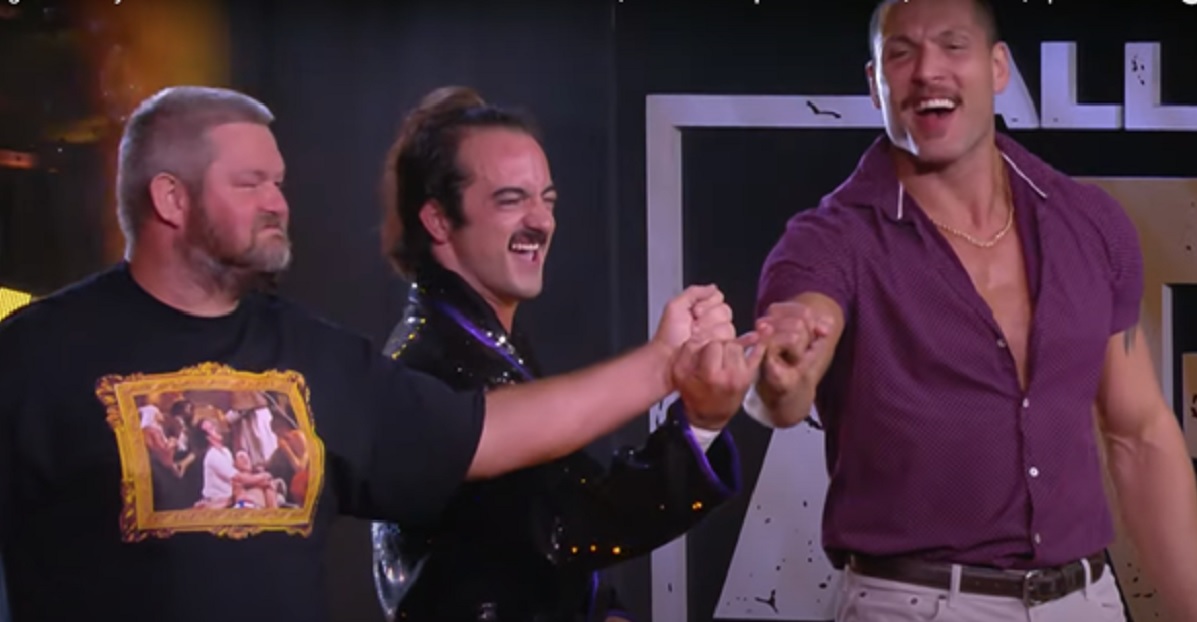 Hello wrestling peeps and welcome to the recap for a special Friday Night AEW Dark.

After seeing Dark 100 earlier this week, there did not seem to be an emphasis on this show. Plus it had an audience full of wrestlers as opposed to paying fans which made the show feel a little subdued.

The matches for the most part were kept pretty short including the main event which only clocked in at about 4 minutes. Despite that, it was still a pretty entertaining show and an easy watch.

If I had to pick a match of the night, I’d probably pick The Gunn Club vs The Factory only because they got some time. It also looked like that match was used to highlight Nick Comoroto. That said, it was hard to pick a match of the night because the matches were so short so I’m going to highlight a few performances, specifically the aforementioned Nick Comoroto, Julia Hart and Ethan Page.

Now….with all that said…I don’t get why they did a Dark on Friday at 10pm. Many fans (myself included) have already watched two hours of SmackDown, not to mention all the wrestling throughout the week. If this was to get fans ready for watching Rampage, which starts next week, that’s fine….but then do it a few Friday’s prior to get people used to it as opposed to only just the week before. OR…don’t do it at al. People who are interested in watching Rampage next week will find it.

2) Kris Statlander pinned Leila Grey after hitting the Big Bang Theory. Tis was a weird looking match. Grey and Statlander had similar colours in their ring gear and could looked like they could have been a tag team. During the match, Ricky Starks joined commentary.

3) Penta El Zero Miedo and Rey Fenix (w/ Alex Abrahantes) got the win over Jake St. Patrick and Sage Scott after hitting the stomp/Fear Factor on Sage Scot to get the pin. Even in a short squash match, Fenix continues to prove he is superhuman.

4) A vignette with Big Swole and Diamante moderated by Mark Henry. This was a pretty good segment that ended in a pull apart. This program could absolutely work on Dynamite.

5) Julia Hart (w/ The Varsity Blondes) pinned Angelica Risk after hitting the Bulldog (with splits). While parts of this match were sloppy, I’m going to say this was Julia Hart’s best match so far. She showed an intensity in her strikes I haven’t seen before and they looked good. Hope she continues improving like this. Ricky Starks joined commentary before this match.

6) Ethan Page hit a tremendous looking Ego’s Edge on Baron Black to get the win. Black got some good offence during this match and even a few near falls.

7) Billy & Colten Gunn beat Aaron Solo and Nick Comoroto when Gunn pinned Solo with a handful of tights. Even though the Factory lost, Nick Comoroto looked good in this match. Before the match, Ricky Starks left commentary and QT joined them.

8) Frankie Kazarian submitted Peter Avalon (w/ Cezar Bononi and JD Drake) when he got the crossface chicken wing. During the match, Bononi distracted the ref giving Avalon a chance for a pin (with his feet on the ropes) but ultimately, Kaz kicked out and got his finisher.

10) Lance Archer beat Tre Lamar with the Blackout to get the pin in a total squash match. Jake joined commentary during the match.

11) Abadon beat Kelsey Heather with the Burial Plot (the leg DDT). Heather got more offence on Abadon than I’ve seen anyone get in some time but this was pretty much an Abadon squash match.

12) In the main event, Orange Cassidy (w/ Chuck Taylor, Kris Statlander and Wheeler Yuta) beat Jora Johl (w/ Isaiah Kassiday and Marq Quen). Throughout the match, Private Party would be yelling at Johl as Johl tried to calm them down. The ending sequence was Johl being distracted by Private Party and OC hitting the Orange Punch for the win. After the match, Best Friends hugged giving the people what they want

Thanks for checking in. C-Ya Tuesday.