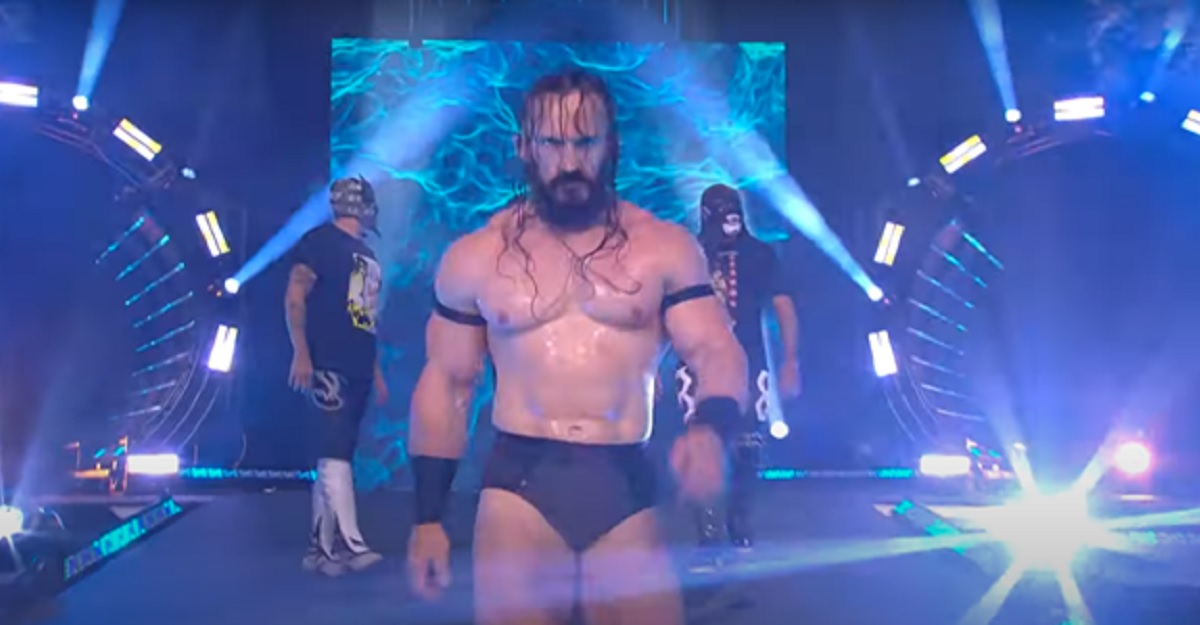 Guten Tag, wrestling peeps, and welcome to the AEW Dark Elevation and Dark recaps for the week of August 2nd.

I found both shows to be very entertaining but I’m hard pressed to think of anything that really stood out especially compared to some of the previous weeks’ shows. Overall though, I would recommend Dark over Elevation this week because it was their 100th show which gave it a bit more gravitas. The crowd for Dark was also bigger which made it feel like a bigger show. Dark also pushed some storylines such as Big Swole/Diamante, Bunny and Leyla Hirsch (for their upcoming NWA tournament match) and the Andrade/Death Triangle storyline.

Matchwise, I thought Jack Evans vs PAC on Dark was the best match of both shows.

From Elevation, Darby Allin vs Bear Bronson was very good and told a David vs Goliath type story with Bronson getting most of the offense in the match but Allin picking up the victory.

1) We start off with Paul Wight, Tony Schiavone and Eddie Kingston on commentary. Paul Wight lost a bet and had to wear the Wingmen’s merch or sign over his boat.

2) Red Velvet beat Angelica Risk after hitting the Final Slice to get the pin. Risk got some good heat during the match. Red Velvet looked very good in this match and has shown some improvement over the last few weeks.

3) Lee Johnson hit a vicious looking vertical neckbreaker to get the win over Marcus Kross. Once again, Marcus Kross’ hair care product game was on point. After the match, Miro came out and cut a promo about their upcoming match at Homecoming.

4) Kris Statlander cut a promo about becoming the AEW women’s champion and her relationship with the Best Friends.

5) Kris Statlander (w/ Best Friends), pinned Ashley D’Amboise after hitting the Big Bang Theory. Statlander hit some impressive looking power moves during the match. Dave Crockett joined the commentary team. As an 80s child, I may have popped a little for this.

6) Aaron Solo and Nick Comoroto beat Hunter Knott and Rosario Grillo when Solo hit the double stomp on Knott. Commoroto did a one handed press slam on Grillo while getting ready to suplex Knott….that was impressive. I would like to see more of that dude. Prior to the match, QT Marshall joined Tony, Paul and Dave Crockett on commentary.

7) Yuka Sakazaki used an airplane spin slam to get the win over Dani Jordyn. While I figured Sakazaki was going to get the win, I really like Dani Jordyn and would love to see her sign with the promotion. Crowd was definitely into Sakazaki.

8) Darby Allin (w/ Sting) hit a Coffin Drop on Bear Bronson to get the win in their main event match. Bronson had the advantage for a good portion of the match and at one point hit a clothesline that turned Darby inside out and a Senton into the turnbuckle with Darby on his back.

2) PAC (w/ Lucha Bros and Alex Abrahanes) submitted Jack Evans (w/ HFO) with the brutalizer. This was a good back and forth match with both guys getting some impressive offence. And speaking of impressive, before the match, Evans walked down the ramp…on his hands!! After the match, Andrade, Chavo and the unknown third came down the ramp (on their feet though) and threatened to get into the ring but backed off.

3) Red Velvet promo talking about going after the AEW Women’s championship. Not a great promo but definitely getting better. That said, I’m still not into the cooking references she uses.

4) Tay Conti used a DD-Tay to pin Kenzie Paige in a quick match. Tay is someone who deserves to be on TV more. She’s got some charisma and the crowd is into her.

5) Shawn Spears and Wardlow beat Fuego Del Sol and Shawn Deanwhen Wardlow hit the F10 on Fuego. Jake Hager joined the commentary booth before the match and Fuego Del Sol got one of the better pops from the crowd.

6) Hikaru Shida hit the Katana to get the pin on Madi Maxx. I think I’ve said this before but goddamn I love me some Shida. Also good on Madi Maxx who got a little bit of offense.

7) Lucha Bros (w/ Alex Abrahantes and PAC) hit the stomp/Fear Factor combo on Serpentico to get the win over Chaos Project. Chaos Project got a surprising amount of offence in this match and Rey continues to show that he is in the running for the best luchador on the planet right now.

8) Max Caster, Anthony Bowens, Matt Hardy and The Blade beat Matt Sydal, Mike Sydal, Brian Pillman Jr and Griff Garrison (w/ Julia Hart). Blade hit Mike Sydall with the brass knuckles and Matt got the pin. After the match, Hardy and Blade went after the Sydal boys but Jurassic Express came in to make the save. Max Caster’s pre-match rap IMO was over the line with his shot about Simone Biles.

9) Leyla Hirsch submitted Diamante with a cross armbreaker. During the match, Bunny ran to the ring and threw a chair into the ring but Big Swole came out and grabbed it before Diamante could use it. After the match, Swole attacked Diamante and they fought all the way to the back.

10) Jon Moxley used a rear naked choke causing Brick Aldridge to tap. Aldridge is a big dude who reminds me of Nick Comoroto (but with smaller calves).

11) Penelope Ford submitted Reka Tehaka with a Muta Lock. I thought Tehaka looked good in this match compared to Ford and would have liked to see her get the win (which is also mucho wishful thinking on my part).

12) Mark Sterling and Jade Gill came out to the ramp talking about the latest Jade Brand partnership and took shots at the North Carolina crowd. Very cheap heat and in case you forget, she’s that b*tch.

13) Eddie Kingston hit a spinning backfist to get the win over Dante Martin in a quick main event. After the match, Eddie showed respect to Martin and helped him up off the mat.