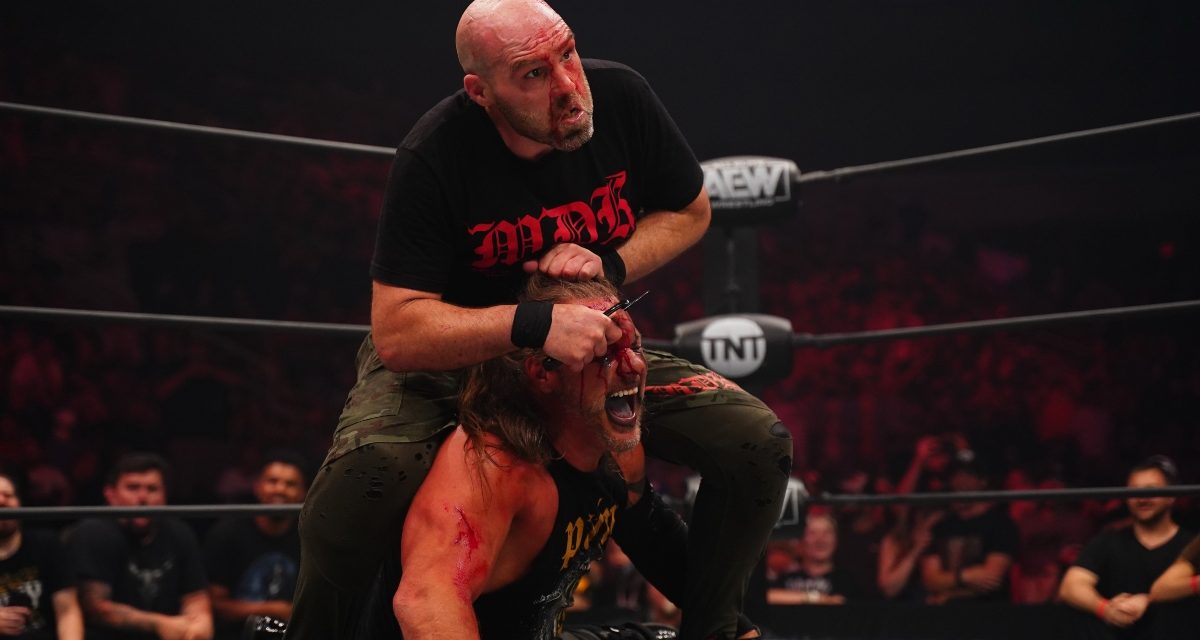 According to reports it was the WWE who contacted Domino’s Pizza to alert them to the fact that a pizza cutter figured prominently in the main event of Chris Jericho versus Nick Gage on AEW Dynamite.

During the match, a Domino’s Pizza commercial aired which also featured a pizza cutter.

Journalists are also reporting they were contacted by the WWE encouraging them to cover the story.

“Domino’s is a major sponsor of TNT and WarnerMedia programming so this is a serious issue. There was a concerted campaign to contact sponsors but at press time Domino’s was the only one that has reacted to the match,” reported  Dave Meltzer in the Wrestling Observer Newsletter.

Domino’s released a public statement about the incident.

“Domino’s was not involved, nor had any foreknowledge, of the gory scene on the ‘AEW Dynamite’ main event Wednesday night that showed wrestler Nick Gage apparently slicing Chris Jericho’s head open with a pizza cutter. We share the concerns expressed about this incident and the content of this TV-14 rated program, and are assessing our advertising presence on it going forward,” said the company.

Pabst Blue Ribbon Beer voiced their support for AEW on Twitter with some funny posts poking fun at the situation.

Yo @AEWonTNT let us get those spots

Matt Cardona had some fun as well.

Nick Gage himself took a shot at Domino’s.

i tried to cut jerichos scalp off my bad TMZ it is what it is but yeah thanks aew and thanks all MDK gang members we showed em whats up and also sorry dominos didnt mean to offend you guess im too ultraviolent for tv oh well all my new fans come see me at GCW its MDK all fn day pic.twitter.com/R0johIQv7B

In an interview with the Cincy 360 podcast, Jon Moxley saw the incident as an opportunity for Domino’s.

“Domino’s Pizza needs to chill out. They need to chill, man. It was a coincidence. You know what? Jump on the bandwagon man. You don’t think Nick Gage can sell some pizzas for you? You know that the Noid is played out at this point and you’re bringing back the Noid?” he said.