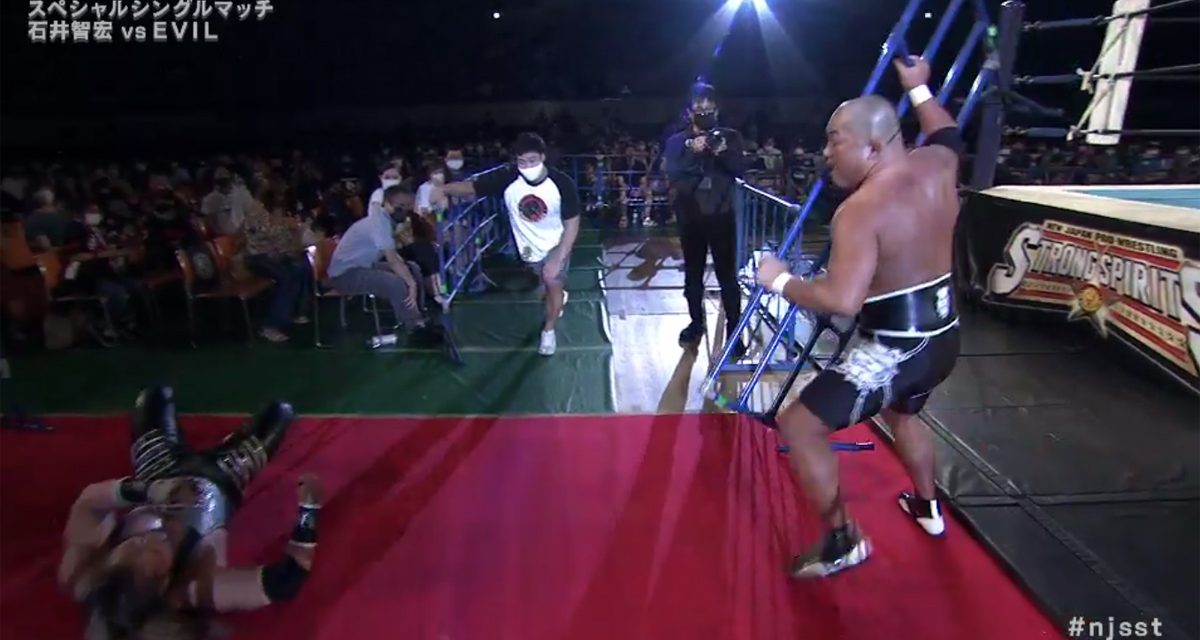 A knock-down, drag-out fight between Evil and The Stone Pit Bull headlined the final event before tomorrow’s big Summer Struggle show in the Tokyo Dome.

A highly pissed off Ishii attacked Evil before the bell slamming him into the ringside barriers over and over again. Dick Togo punched Ishii from behind. Ishii turned around and socked him one. Still raging, Ishii tossed Togo into the ring. The official gave Ishii a warning. Ishii shoved him out of the way. Ishii battered Togo until Evil rolled back into the ring.

Ishii pushed the official away once again as he pulled a steel chair out from under the ring. He threw it at Evil. Evil rolled out of the way just in time as it clattered against the ringside barrier. Evil begged off. Ishii tore a part of the barrier loose and threw it on Evil. The crowd cheered.

Ishii went to brainbuster Evil on the floor but Togo attacked from behind. Togo lured him into the ring. Evil lowered the boom on Ishii with a clothesline. Evil gave Ishii his solo Conchairto on the floor.

As Evil distracted the official Togo mauled Ishii on the floor. Ishii turned the tables on him throwing him into the barrier and then pitching Evil onto the time keeper’s table. Ishii smashed Evil’s head on the table, sat him in a chair, rammed Togo into the fence sending the table and Evil flying for all the times Evil has done the same to the NJPW time keeper. The crowd roared in approval.

Just as Ishii was going to put Evil away with his Brainbuster, Evil tackled him into the official. Yujiro Takahashi came out of nowhere with his cane. Ishii took him out before he could land a shot. Evil punched Ishii in the “lower abdomen”, Yuiro hit Pimp Juice and Evil landed Everything is Evil to win the match. 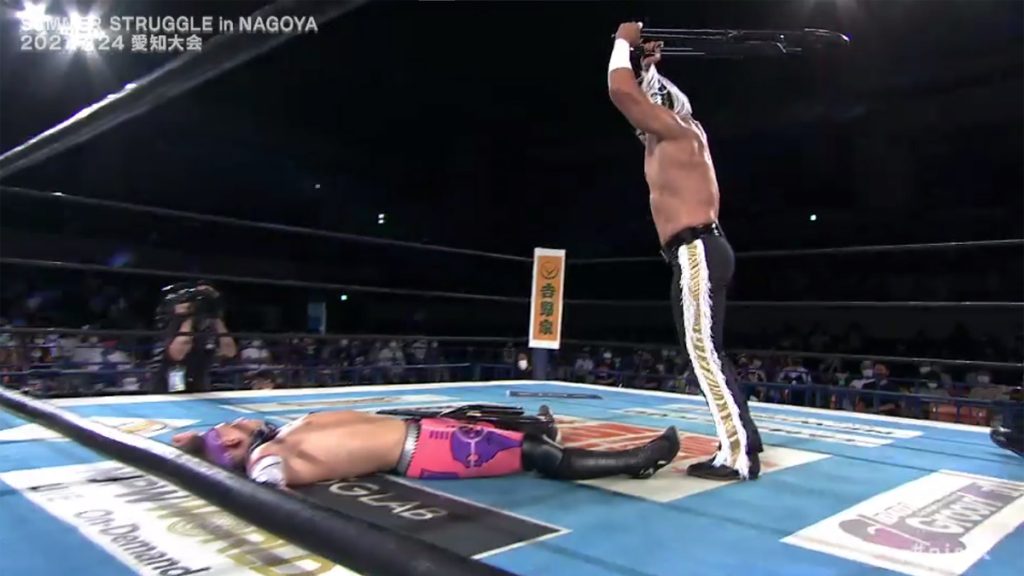 Robbie Eagles gets the roll-up pin on El Desperado. Desperado loses it. Eagles points at Desperado’s belt. Desperado punches Eagles in the face. He then smashes a chair over Eagles’ knee. 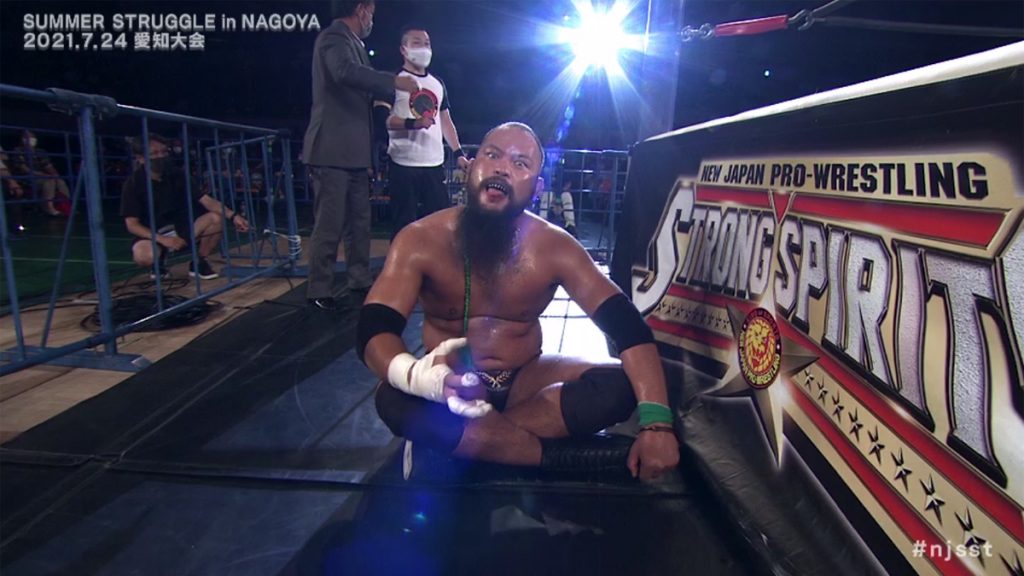 Khan clobbers Yano on the floor with a turnbuckle pad. As the official lays down the count Yano handcuffs Khan to the ring. Khan is counted out. Okada and Cobb share some kind words about one another.

The champ pins Wato with Made in Japan.