The Mega Coaches bare it all 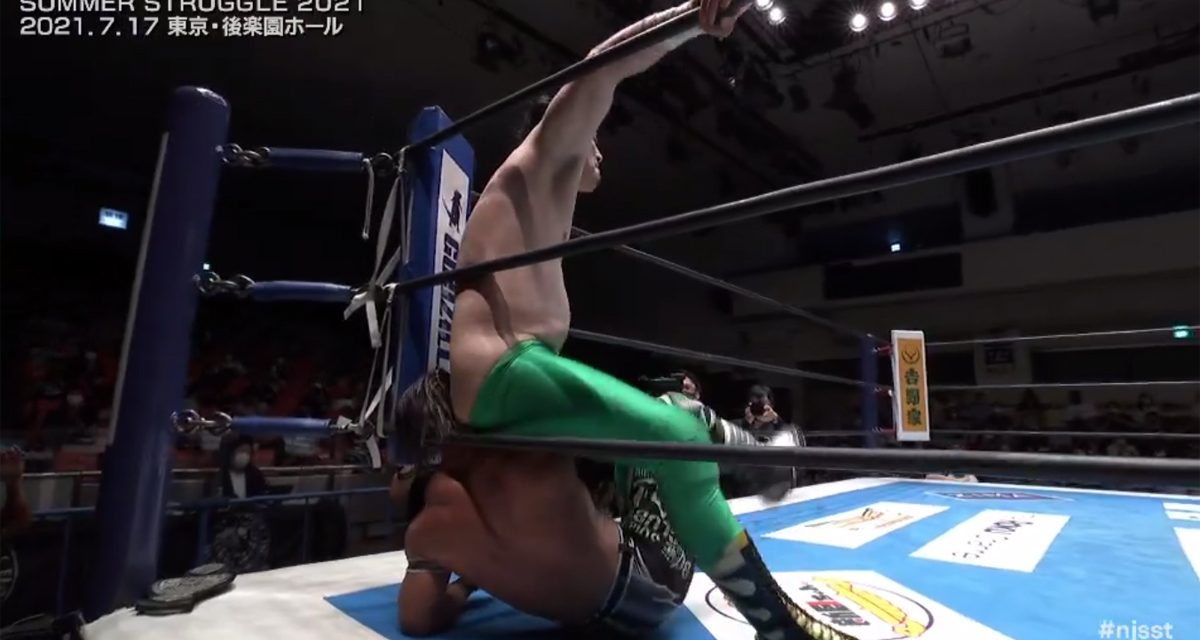 The third night of the NJPW Summer Struggle highlighted the new feud between the veterans – The Mega Coaches (Ryusuke Taguchi and Rocky Romero) and Bullet Club’s upstart IWGP Junior Heavyweight Tag Team Champions, El Phantasmo and Taiji Ishimori. It was a double main event with the teams competing in singles matches. The Mega Coaches came out on top with Taguchi’s win over Ishimori being the deciding factor.

After pulling his tights down and exposing Taguchi’s butt to the world in a failed roll-up attempt, Ishimori was pinned when Taguchi reversed things on him. Taguchi then added insult to injury by backing his exposed butt into Ishimori’s face in a corner.

El Phantasmo dove into the ring fighting Taguchi off his pal. Bullet Club then double-teamed him until Romero arrived for his match against Phantasmo. He and Phantasmo fought to a brilliant time limit draw in which both men proved why they deserve to be in the spotlight, especially veteran Romero who is still at the top of his game as his matches with considerably younger talent prove. 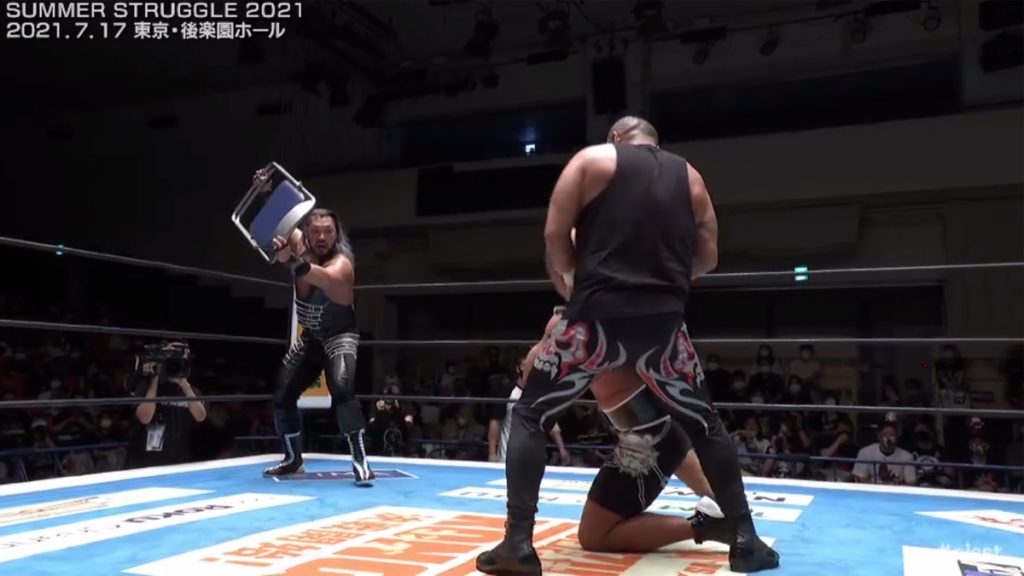 Evil and Togo work over Ishii after the bell. Courtesy: NJPW.

Yujiro pins Yuya Uemura with Pimp Juice. Kenta puts The Ace in the Yes Lock on the floor. Evil hauls off and smashes a fallen Ishii with a turnbuckle pad. Kenta then mocks The Ace. Togo chokes Ishii with his garotte as Evil hits him in the stomach with a chair.

Los Ingobernables de Japon loses and guess who takes the pin? Yup. You guessed it. It is Bushi as it always is. Taichi pins him after the Zack Mephisto double team. Why doesn’t NJPW use Suzuki right?

Robbie Eagles makes his welcome return to NJPW. Nice to see one of the very best of his generation back in action again in Japan. He makes Douki submit. Eagles lets Desperado know he is coming after him and his belt.