Mat Matters: Unforgettable Orndorff was Wonderful … and then some 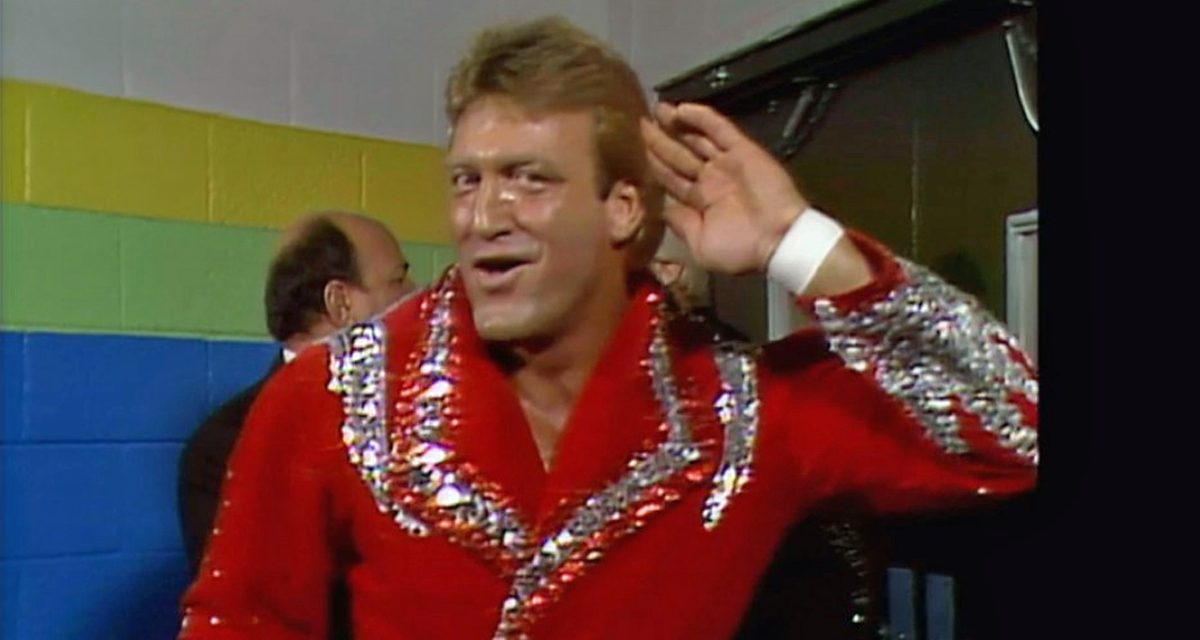 Being a Canadian kid, not all of the weekly American wrestling shows were broadcast here so I missed out on the start of Paul Orndorff’s career. Unless you could trade tapes with someone your only window here to what was going on in such promotions as the NWA is when they came to town for a house show or whatever you could read in wrestling magazines.

So, I was first introduced to Orndorff when he showed up in the WWF joining forces with Roddy Piper and Cowboy “Ace” Orton. Orndorff caught my eye immediately as he had that crisp, clean style that many wrestlers who were trained in the southern United States or worked in the southern United States have. If you have watched any of Arn Anderson’s matches, you know what I mean. He also had that ragged, gruff voice too that worked so well in his promos which were always full of electricity and charm.

You could tell right away from his matches and promos that this was someone who took immense pride in his work.

Piper named Orndorff “Mr. Wonderful” as everyone in the WWF has a nickname in those days and that moniker stuck with Orndorff throughout his career and often played a large part in his persona and his angles. He truly reveled in being as arrogant and as narcissistic as he possibly could but like his contemporaries Rick Rude and Ted DiBiase, he could back up that bluster in the ring. Orndorff was always a threat.

The WWE must have seen something special in Orndorff too as he was chosen to main event the first WrestleMania teaming with Roddy Piper to take on Hulk “Pukester” Hogan and Mr T. The match ended in a scripted goof-up which would be just one of many of Orndorff’s unforgettable, historic wrestling moments.

Afterwards, Piper and Orton blamed Orndorff for the loss and he started a babyface run becoming Hogan’s best pal. Bobby Heenan, his former manager, placed a bounty on his head. It quickly rose from $25,000 to $50,000 as Orndorff bested each and every wrestler who tried to cash in and collect The Brain’s blood money.

Like The Honky Tonk Man, Typhoon, Brutus Beefcake, Macho Man and so many others, Orndorff would turn on the Pukester in one of the most memorable and stunning betrayals in wrestling history. It was truly Orndorff’s career-defining moment.

After being brushed off time and time again by his supposed friend, Orndorff had enough. The final straw was when Hogan knocked him off the ring apron during a tag team match against King Kong Bundy and Big John Studd. Raising Hogan’s hand in victory, Orndorff clotheslined him to the mat and then piledrived him on his big, fat, bucket head.

It truly was a shot, a turn, heard throughout the wrestling industry and the fandom at the time.

I couldn’t have been more happy as a fan. I had been waiting for someone, anyone, to dethrone the Pukester. It made me smile and chuckle every time Orndorff entered the ring with Hogan’s music and began using all of his taunts and mannerisms.

What broke my heart though was not being able to see him battle Hogan in one of the greatest matches of his career at The Big Event at the Exhibition Stadium in Toronto, Ontario in August 1986. I was out of town with my family so I could only revel in the details from friends when I got back. I had to wait until months later when the event came out on VHS to experience it myself. So bogus.

What broke my heart even more was when I learned of the arm injury that would sideline Orndorff for a number of years until he showed up in WCW. I remember being excited to see “Mr. Wonderful” unexpectedly in action again taking on the Four Horsemen and others. I was a big fan of him teaming with Paul Roma as “Pretty Wonderful” too, as I always thought Roma never lived up to his true potential in the WWF. It was satisfying to see all of Orndorff’s hard work over the years rewarded with a WCW World Television Championship and numerous WCW World Tag Team Championship runs in the promotion. Orndorff deserved those accolades and that gold.

Orndorff was a nose-to-the-grindstone worker and talent who could do it all inside and outside the ring. Like Ric Flair, Mick Foley, The Undertaker and others, he was born to entertain and be a pro wrestler. You could see that every time he stepped through the ropes or took hold of a microphone. Even if he was stuck in the mid-card, he was always larger than life standing tall and above the mediocrity of the match-ups or the angles he was in. He was just that good at what he did. He was a far better heel than a babyface though. He just had that extra fire, that extra showmanship, that extra charm when he was being all vain and conceited.

Many wrestlers go through their careers without a history-making moment. Orndorff though had many and because of that he had left an indelible mark not only on the industry but in the minds of fans all over the world. “Mr. Wonderful” and his incredible wrestling legacy will never be forgotten.