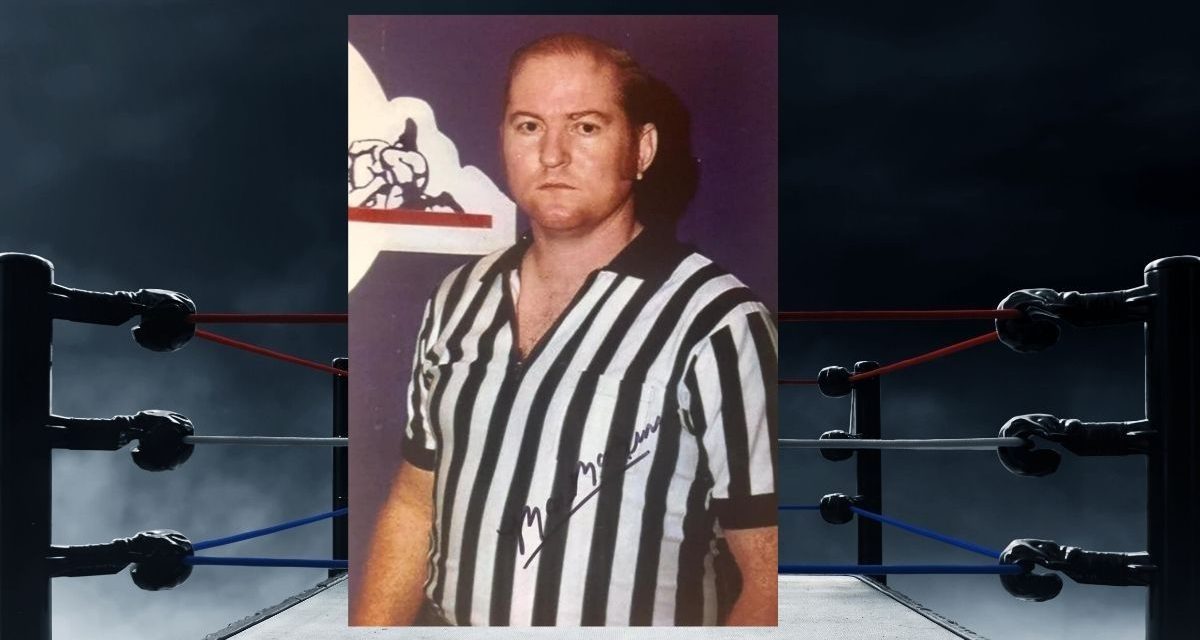 As a pro wrestling referee, you’re someone special when fans and the wrestlers want a photo of you away from the ring. Mac McMurray, who died on June 30, was one of those special people.

With his sudden death — his son posted that McMurray was found in the garage yesterday — the photos are all over Facebook. Mac with famous people, Mac at wrestling shows, Mac in the ring, Mac at reunions.

“I am in shock, hearing that I have lost a brother of the road and one of the most beautiful human beings I have ever been honored to call my friend. R.E. Mac McMurray left us today, and I know he is somewhere in Heaven already looking for a wrestling match to referee and a reunion to attend,” wrote wrestler/trainer/announcer Les Thatcher on Facebook.

Like Thatcher, McMurray did many jobs in pro wrestling. By his own admission, McMurray began as a “general grunt” in 1969 — and never stopped. He was still taking bookings as a referee. McMurray also did timekeeping and voiceovers on wrestling shows.

McMurray graduated from Palm Beach High School, in West Palm Beach, Florida, in 1960. His main job through the years was as an employee at Lantana (FL) Public Works.

A friendship with Ron Fuller, who promoted Knoxville, Tennessee, got McMurray deeper into the wrestling business; Fuller took over the territory in 1974, and McMurray was in Knoxville for years. On his StudCast podcast, Fuller often talked of McMurray, and posted a remembrance of his colleague:

Many lost a very dear man today. I say many because he had so many friends. Had it not been for him there would have never been a Southeastern, Continental, or USA wrestling! In return to him, we both came to Tennessee from Florida. He got the chance to live his dream, to be involved in professional wrestling, the sport he loved. I miss him already but will never forget him!

Through time, McMurray’s role grew, and at one point, he owned points the Southeastern Championship Wrestling promotion. 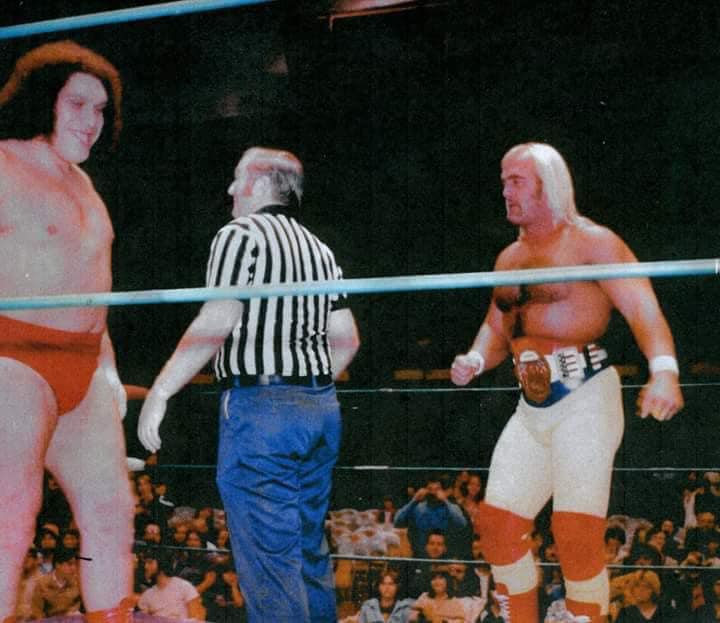 Andre the Giant, Mac McMurray as the referee and Hulk Hogan. Facebook photo

As a referee, McMurray was in the ring from Florida up through North Carolina at various times, with legends like Andre the Giant, and newcomers like a young Hulk Hogan, right up until more recent wrestlers.

“Deeply saddened to hear about the passing of Mac McMurray. He was one of my favorite people to see at events. He truly LOVED wrestling,” wrote Matt Sigmon. “He’d always call me old timer or crowbar & i’d ask him what life was like back when Abe Lincoln wrestled. We’d sit around, bury matches & laugh. He was so supportive of me & so many others in this area. He will be incredibly missed.” 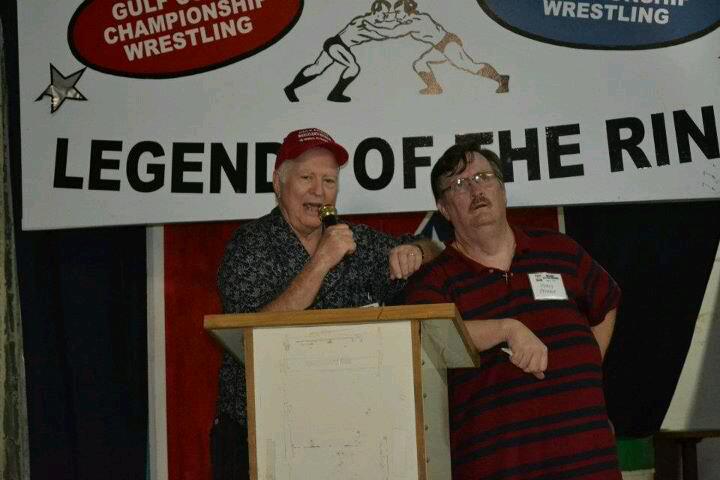 At various reunions, whether it was Jim Cornette’s Smokey Mountain Wrestling’s Night of the Legends, the Gulf Coast reunions, the Charlotte fan fests, or Cauliflower Alley Club events in Las Vegas, McMurray loved to be there, circulating, connection with old friends and making new ones.

“Mac was such a great, great guy. Funny, witty, personable. A joy to be around,” noted journalist Mike Mooneyham.

On Twitter, Honky Tonk Man noted that “Mac was a warm, caring individual who will be missed by so many.”

McMurray’s son, William, announced his father’s death, and that a wake is in the planning stages. “We appreciate all sympathy and support at this terrible time, no need to phone or visit or send food we are just reeling from the loss. He was a great man and will be missed terribly.”