On June 27, 2021 at 4:49 p.m. state police from the Liberty barracks responded to the National Parks Service Station in the town of Lumberland for a report of a missing swimmer on the Delaware River. Michael Cammett, age 24 of North Arlington, NJ was rafting with friends in an inflatable raft. Cammett and friends entered the river at approximately 3:00 p.m. in two rafts that were tethered together. Cammett jumped into the river and did not resurface. A detailed search involving Lumberland Constables, Matamoras, Narrowsburg, Lumberland, and Highland Fire Departments, United State Park Ranger’s, and the New York State Police Underwater Recovery Team (URT) ensued. Cammett’s body was located by the State Police URT.

A student athlete in both football and track & field, Cammett carried over his athletic abilities, leadership and discipline into the world of professional wrestling, when he began training in 2014.

In an August 2014 article for The Observer in Kearny, NJ, Cammett detailed his childhood admiration for professional wrestling and aspirations to become the next Shawn Michaels.

“Watching him as I was growing up, he was always a role model to me,” Cammett said in the article.

Cammett’s love for professional wrestling led him to the IWF (Independent Wrestling Federation) and Kevin Knight, the New Jersey-based promotion’s head instructor and in-ring talent up until 2017.

In the Observer article, Knight praised Cammett’s efforts and ambitions saying, “He’s a good kid… He’s very dedicated and wants it. If he sticks with it, who knows how far he can take it.”

In his time with the IWF, Cammett held the IWF Junior Heavyweight, IWF Tag Team, and IWF American Championships. Cammett won the IWF Tag Team Championship alongside his head trainer, Kevin Knight. Cammett was also very popular with the IWF fanbase, as he was voted IWF Wrestler of the Year in 2014, 2015 and 2016.

However, Cammett stepped away from the pro wrestling scene in the summer of 2017 to focus on his academic studies. 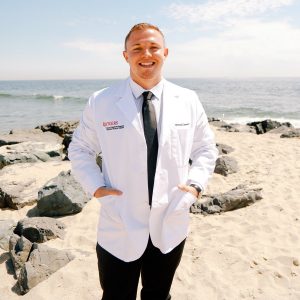 According to his Instagram, he was studying at Rutgers University – Newark, and was on pace to be a part of the class of 2023 – Doctor of Physical Therapy (DPT).

There are no words. RIP Michael Cammett. 🙏😢🙏 pic.twitter.com/Jtsx3mYX8M

Radio personality David LaGreca also noted Cammett’s passing on Facebook: “Extremely saddened to hear of the passing of Michael Cammett. So young and so talented.”

For more on “Golden Boy” Michael Cammett’s wrestling career and accomplishments in the IWF,  click here.