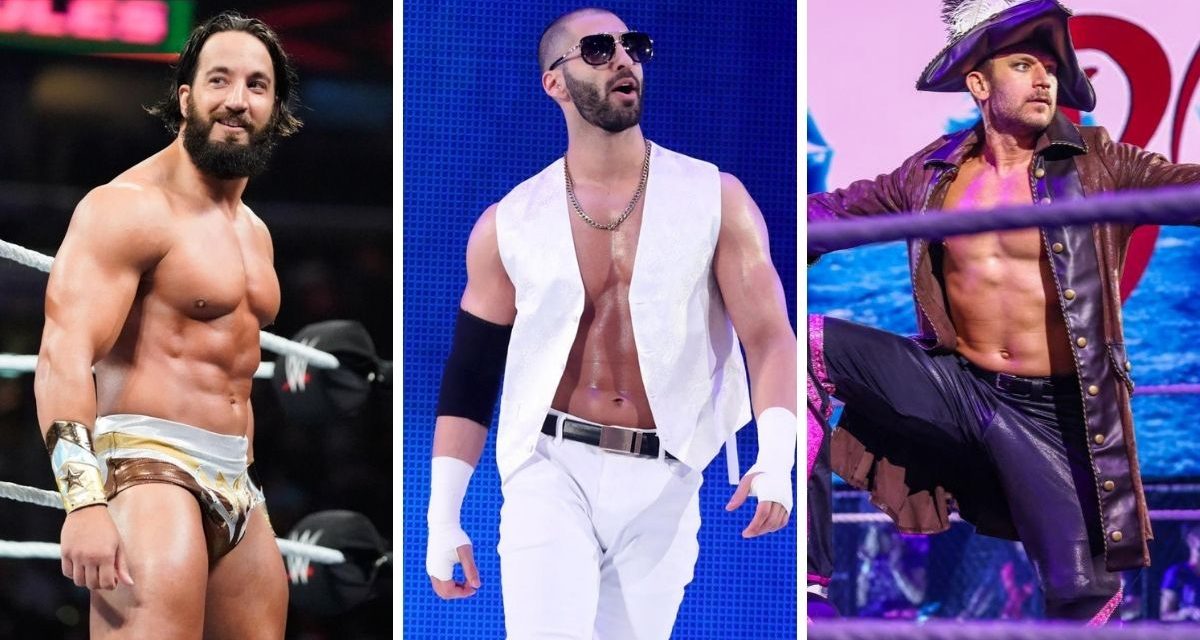 In yet another mass firing, the WWE has sent a slew of talent packing today.

Confirmed so far are Killian Dane, Marina Shafir, The Singh Brothers, Arturo Ruas, Curt Stallion, Tyler Breeze, Fandango, Tony Nese, Ariya Daivari, and two Quebecers, Ever-Rise (Chase Parker et Matt Martel), who were known as 3.0 on the indy circuit. A writer, Kenice Mobley, was apparently let go too and August Grey, who had come into the company through EVOLVE where he was known as Anthony Greene.

With so much of the already depleted 205 Live roster being slashed today many are wondering if an announcement about the cancellation of the brand, show is forthcoming as well.

Killian Dane had been making a comeback on NXT teaming with Drake Maverick. Dane posted an emotional statement on Twitter: 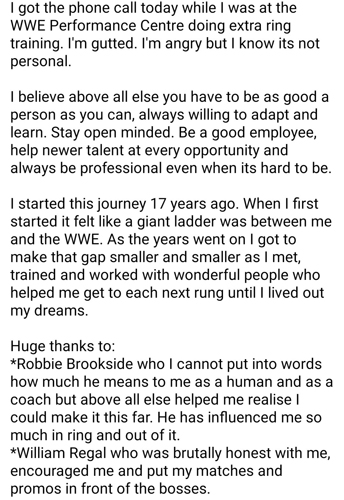 Thank you @VinceMcMahon @TripleH @StephMcMahon Thank you for the last 14 years . I truly appreciate it!🙏

After his weak solo main roster run in 2012 where he was more of a novelty act despite his great technical skill in the ring, Fandango was teamed with Tyler Breeze as Breezango in 2016. A series of humorous Smackdown vignettes involving the team got them over a a comedy act adding to their already solid ring work. Breezango would later be shipped off to NXT where they had a decent run as team there winning the NXT Tag Team Championship.

Tony Nese was a standout talent on 250 Live. His most memorable WWE moment was winning the WWE Cruiserweight Championship in a fantastic match against Buddy Murphy on the WrestleMania 35 kick-off show. Unfortunately, Nese was soon relegated to jobber status in NXT.

Nese had this to say about this release:

Thank you everyone! I don't care about how unwatched and underappreciated 205 was. I busted my ass every single time I stepped foot in the ring doing whatever was asked of me with no questions asked. I can't wait to be that type of employee for someone else.

Of all the names today, Tyler Breeze (Matt Clement) has the biggest tie to AEW, as he has run the Flatbacks Wrestling School with Shawn Spears for two years. Besides his partnership with Fandango, Breeze had a healthy run in NXT with his “selfie”, super model gimmick.

Like the release of Aleister Black weeks ago, the firing of Ever-Rise has fans scratching their heads as the team was featured in a slew of recent promos and segments on NXT TV.

Kenice Mobley was in the news earlier this week when she admitted on a podcast that she had been hired by WWE as a writer despite knowing little about pro wrestling.

Marina Shafir entered NXT after a career in MMA with her pal Jessamyn Duke. She never received a singles push in NXT but instead assisted Duke in protecting Shayna Baszler’s title reign there. Her last appearance on WWE TV was alongside her husband Roderick Strong when he ‘quit’ NXT weeks ago.

The Bollywood Boyz, from British Columbia, Canada, were featured prominently on 205 Live despite the show not having tag team titles and went on to provide back-up for Jinder Mahal during his run as WWE Champion.