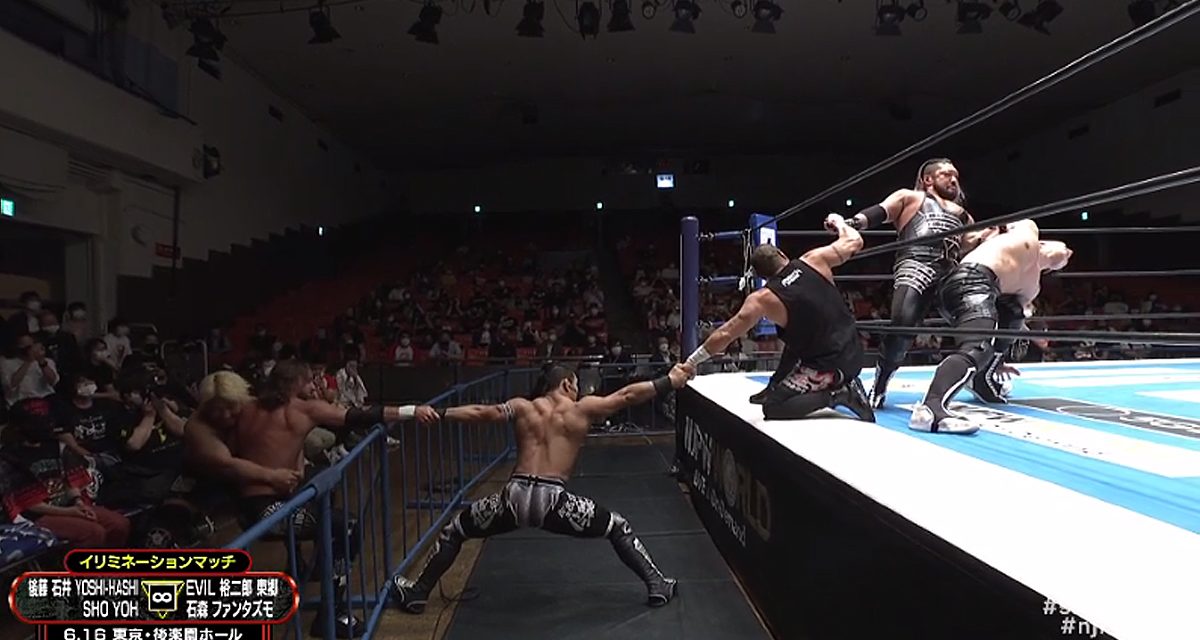 Bullet Club scored another victory over eternal rivals Chaos but it was no easy task.

Yoshi-Hashi was the first to be eliminated. He took Yujiro Takahashi’s cane to his face at 12 minutes and 39 seconds. Yujiro was the next to go though as Tomohiro Ishii put him out at 15 minutes and 16 seconds.

Dick Togo lost it at 18 minutes and 50 seconds into the match by choking out Ishii with his garotte. The official disqualified him. Evil picked up the pieces and put Ishii out at 19 minutes and 38 seconds.

Goto sacrificed himself by carrying Evil and himself over the top rope at 22 minutes and 46 seconds. This left the two tag teams – Roppongi 3K and Taiji Ishimori and El Phantasmo – to fight it out. Ishimori and Phantasmo double-teamed Yoh to send him packing at 26 minutes and 50 seconds. Sho removed Phantasmo from the equation at 28 minutes and 16 seconds but Ishimori pinned him with the Bloody Cross at 31 minutes and 39 seconds giving Bullet Club the victory. 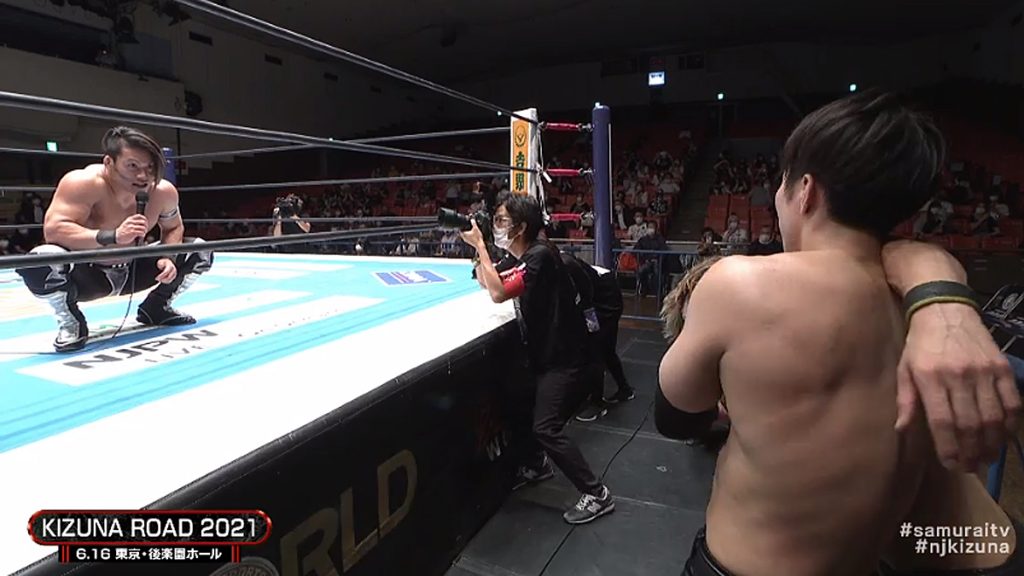 Tanahashi puts Uemura away with a slingblade and his cloverleaf submission. Tanahashi congratulates another Young Lion on a good effort. The fans cheer.

Failing to give Tsuji a Tombstone Piledriver several times, Okada lines up Tsuji for a Rainmaker Clothesline but rolls him up for a surprise cover instead. Okada doesn’t stick around to shake Tsuji’s hand.

Kojima absorbs Honma’s Kokeshi and kicks out of an attempted pin. Honma is triple-teamed. Kojima gets the pinfall with a Koji Cutter on Honma.

As everyone else battles on the floor, Bushi eats the pin for Los Ingobernables de Japon as he is rolled up by El Desperado. Poor Bushi. Nobody ever cuts him a break. Naito kids around with Taichi and Sabre Jr. by asking them to sign a NJPW magazine he has brought to the ring. Once he is refused, he asks Sanada to try instead. Zach obliges. A happy Naito leaves the ring with his magazine and autograph.