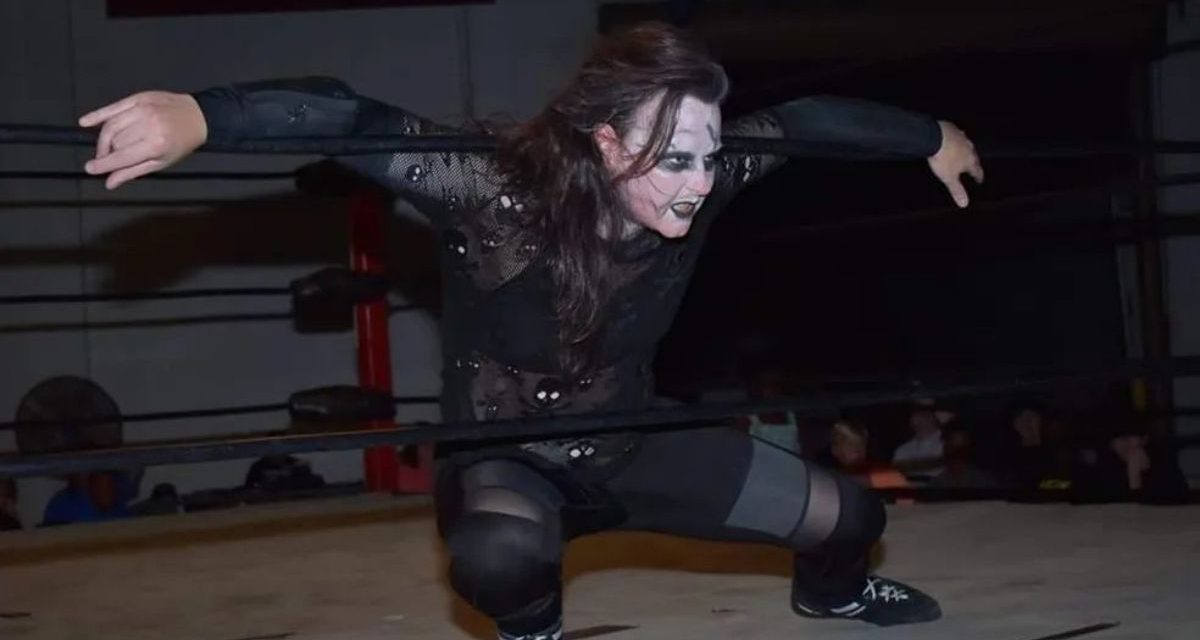 The word “transgender” is a scary word to some, as people often are fearful of what they don’t know or understand. “If you prick us, do we not bleed? If you tickle us, do we not laugh? If you poison us, do we not die? And if you wrong us, shall we not revenge?” wrote William Shakespeare in Merchant of Venice (Act 3 Scene 1). What Shakespeare is highlighting in this scene are the traits that make us all human. People need to look past the word transgender and understand there is a human being behind that word.

Roxsanne Mathena — Foxy Roxy — is a great pro wrestler who happens to be transgender, most likely the first openly transgender pro wrestler in history. Her first match was in 1999 and she was trained by WWE Hall of Famer Jimmy Valiant’s school in Shawsville, Virginia, which is not far from Mathena’s hometown of Roanoke. 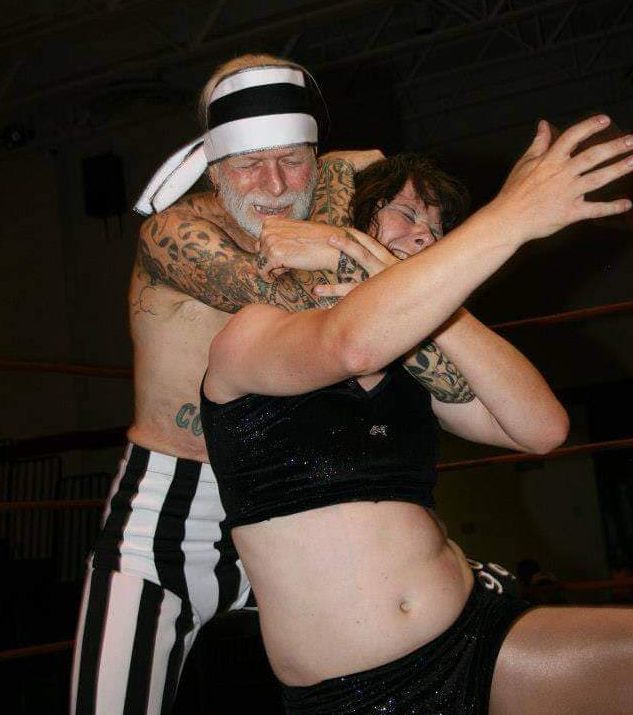 “Modesty is the beauty of women” is a Gaelic proverb, and Mathena embodies this statement. At 43 years old, Mathena has been wrestling more than 20 years. Her ability to mix up her styles — lucha, American, strong style — has helped her longevity, and she can adapt to almost any opponent’s style. She makes it a point to get the best match out of each individual.

There is a combination of gratitude and passion when she looks back on her career — but mainly an appreciation. “Pro wrestling saved my life and I will do anything I can to give back to it,” Mathena told SlamWrestling.net.

“Pro wrestling always accepted me. Believe it or not, any issues I ever had were outside the ring. People would taunt me because of who I am,” she confessed. “As a matter of fact, I was let go from two jobs because the employer didn’t agree with me transitioning. Pro wrestlers, promoters and fans have always accepted me.” 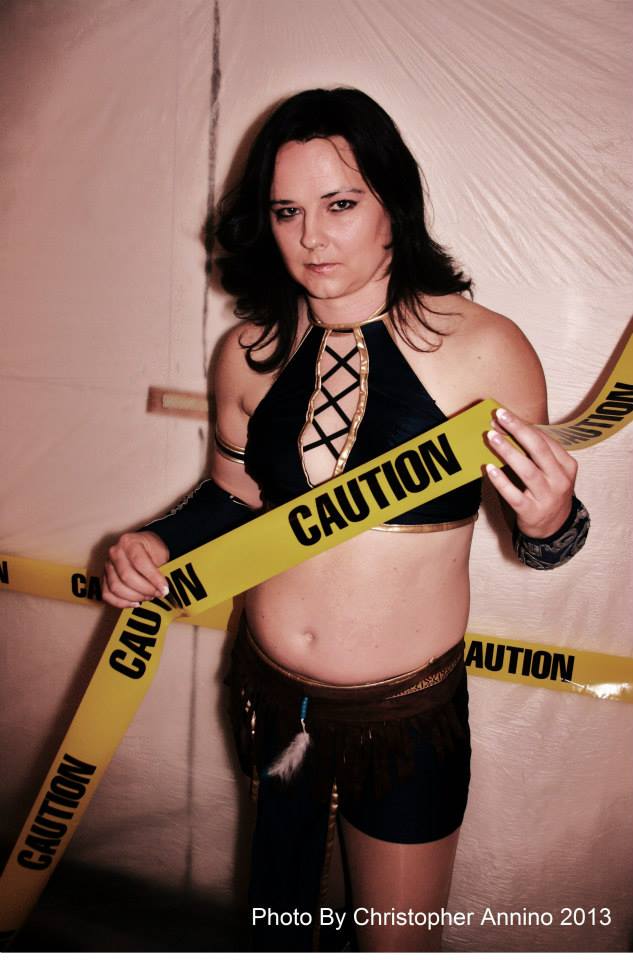 Given the length of her career, there is a lengthy list of promotions she has worked in: National Wrestling Alliance (NWA) Virginia, XCW, Atlantic Coast Wrestling (ACWA), Allied Independent Wrestling Federations (AIWF), American Lucha Wrestling, and ACW are some a few. Mathena has won many titles including the universal tag team titles, the universal TV title, and the AIWF tag team titles. On a national scale, Mathena was featured in 2013’s TNA Gut Check, but did not advance far; this was after she became the first openly transgender employee of a major pro wrestling promotion when she was originally hired as ring crew for TNA back in the 2000s.

Foxy Roxy has earned respect, said ECW original Angel Orsini. “True beauty begins the moment you decide to be yourself but for the LGBTQ community it takes such courageous effort to be their beautiful selves in a world constantly telling them to be someone different. What amazing bravery she has shown.”

Away from the ring, Mathena has also had moderate film success, primarily doing stunts in such films as Medic Zero, Hillbilly Nightmares, and Plan 9. 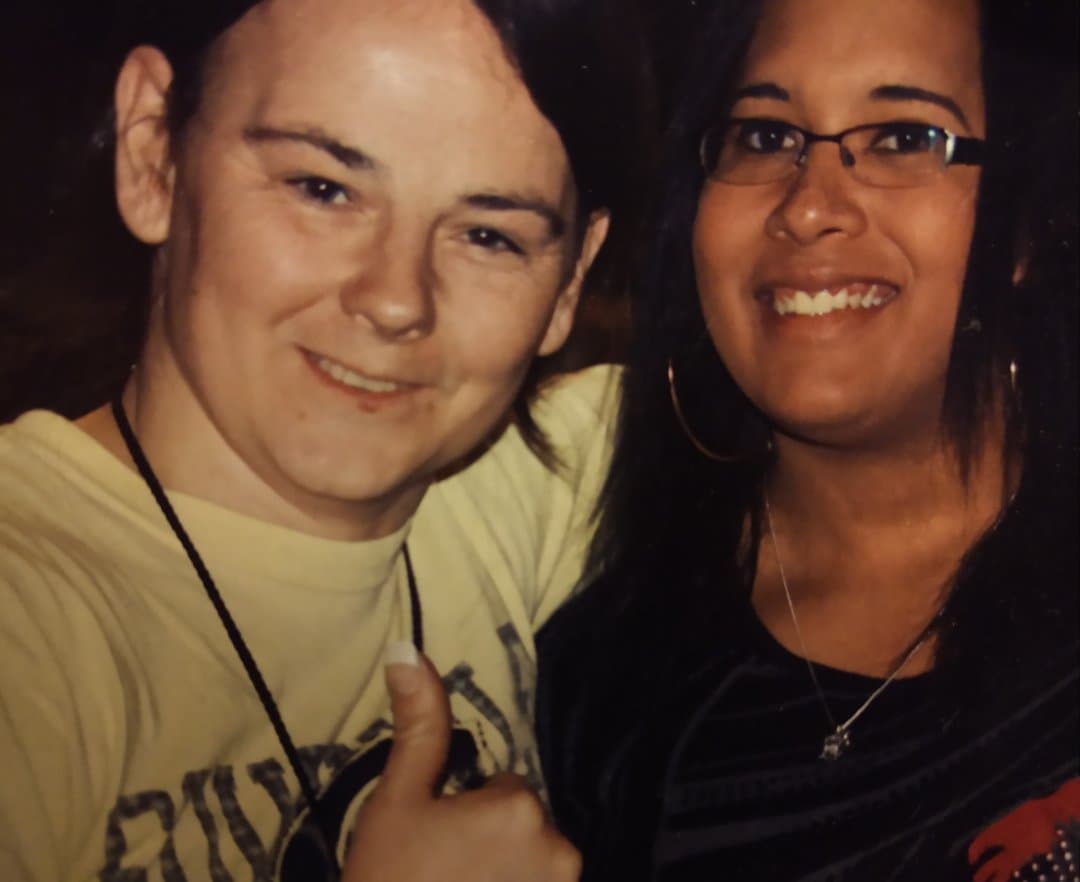 Roxsanne Mathena and Nyla Rose, out of their wrestling gear, in 2014.

It was through film that I first met Mathena in 2012. I was shooting my documentary on women’s pro wrestling and at that point I had never met anyone who was transgender. It sparked an idea, and I teamed with Constance Kristofik, who was President of Out CT at the time, and decided to put on a pro wrestling show. We wanted to unite mainstream society with the LGBTQ community. We booked Mathena and Nyla Rose (now in All Elite Wrestling or AEW) as the world’s first transgender tag team, which we dubbed The Transgender Nation. The duo went against The Refflers, a referee gimmick tag team in November of 2014.

Alas, the show was not well attended, but I still witnessed Mathena and others give the crowd of 20 people, 110 percent of their skill and passion. Kristofik, who believed in both the event and the Transgender Nation Tag Team concept, concurred. “It was a very exciting, and interesting event. I befriended Roxanne and keep up with her on Facebook,” said Kristofik. 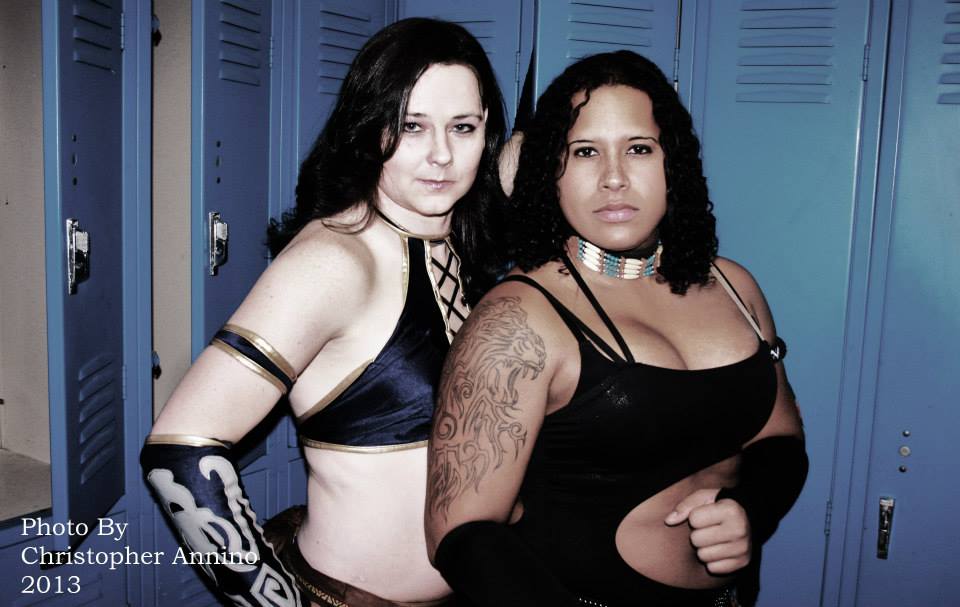 Every show is a chance to open minds about what being transgender means, said Mathena, who works for a pizza delivery service when not wrestling. “For me it’s not so much about making a million dollars or becoming famous. I just hope to show respect to the fans anytime I get into that ring and it doesn’t matter how many people are out there,” she said, recalling the unique 2014 show. “If I could, I would take the Transgender Nation and add other transgender wrestlers such as Mariah Moreno, and the Whip Mistress/ Paola Jasmine. I would of course invite Nyla and it would be nice if we could create a faction.”

A current partner is “The Asylum” Kidd Lightning. “She is actually the one who took me under her guidance and taught me how to wrestle,” he said. “I’m completely honored to have my teacher as my tag partner. I’m still learning from her to this day. Anyone who ever gets to work with her is lucky and could definitely learn from her.”

By far, Mathena’s favorite match came in 2000, when she faced ODB (Jessica Kresa). “This match was special because it was before ODB had gotten signed with TNA and any time I see her to this day, she always brings up that match. I am truly blessed to know her as a person and it was a great honor going against her,” said Mathena. 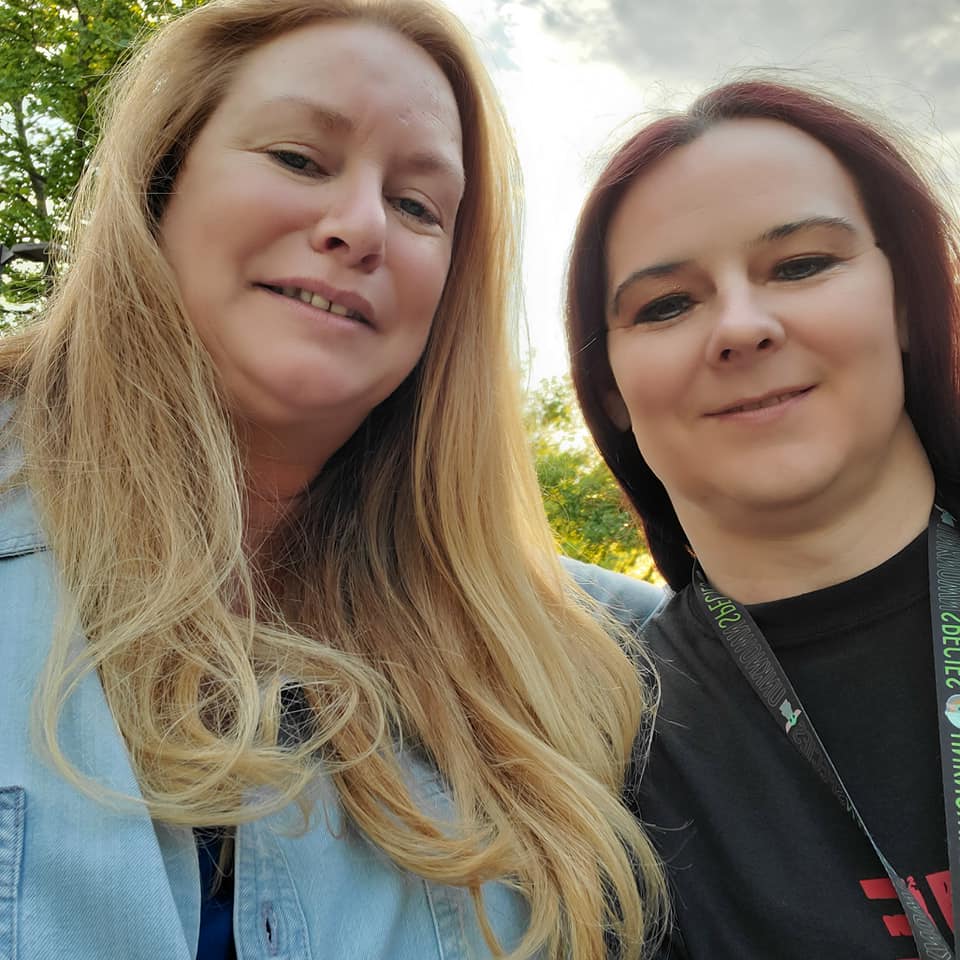 Intergender became intergenerational when Mathena fought her mentor Valiant in Virginia — at his request. More recently, she was spotted at a wrestling convention with retired woman wrestler Desiree Peterson, who had been one half of the World Wrestling Federation’s (WWF, now World Wrestling Entertainment or WWE) women’s tag team champions. “Desiree has truly taken me under her wing and helped me greatly I very much appreciate her in my life,” said Mathena.

Mathena is currently wrestling as Broken Doll Roxy (top photo). This gimmick was inspired by a traumatic event.

“Long story short, I was bitten by a tick. The doctor expressed had I waited longer it could have been serious. This was a near death experience for me. This inspired the broken doll gimmick,” she said.

From bad comes some good. “The ironic thing is I am making a lot of money in gimmicks and merchandise,” said Mathena, who has a wide variety of products at her store, from t-shirts, to masks, to key chains, to a necklace and earrings.

With Rose’s prominent place in AEW on national TV, it is easy to overlook the transgender wrestler who helped pave the way.

“An inspirational story of triumph, Roxsanne Mathena was a trailblazer over 20 years ago and continues to this day to influence hearts and minds in such a positive way,” said Lana Moore, a former GLAAD board member. “At the end of the day, being trans is really only a small part of who she is in total. Kudos to the pro wrestling community for giving her the chance to share her talent authentically. Her story bears witness that arbitrary barriers can amazingly disappear when good people step-up and treat one another with dignity and respect.”

Whether it was as Foxy Roxy or Broken Doll Roxy, Mathena is a pioneer and an unsung hero. Her positive personality and in-ring ability make it easy for colleagues and fans to pay no mind to the transgender label.