Chaos gets creamed at Kizuna Road 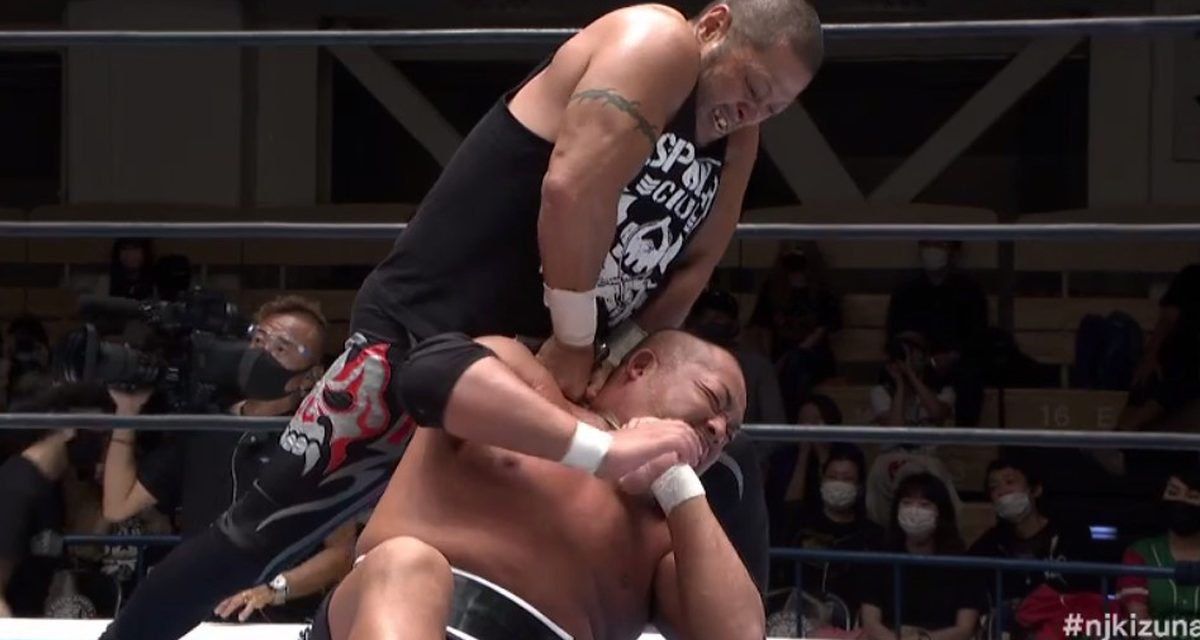 Bullet Club wants those NEVER Openweight 6-Man Tag Team Championship belts and they let Chaos know it at the first night of the Kizuna Road tour.

Dick Togo started the match with an energy we haven’t seen during his current stint in NJPW by totally out-wrestling Ishii taking him down a number of times and almost pinning him. Ishii is stunned.

Togo tried to match Ishii blow for blow though. A big mistake. Ishii knocked him into next week.

Goto and Hashi worked well again as a team. They need to be made into a proper tag team in NJPW. Evil instead of Togo takes down one of the turnbuckles this time. Yoshi and Yano end up eating the steel.

Evil distracts the official while Togo chokes out Ishii with his garotte. Yano pushes the official into Togo, punches Togo in the “lower abdomen” for the pin.

Bullet Club went on the attack after the bell. Evil punched Goto in the groin as they battled on the floor. The rest of Bullet Club followed suit with Yujiro beating Hashi with his cane and Togo strangling Ishii with his garotte. Evil picked up a chair choking out an already obliterated Goto. Bullet Club then posed over the fallen Chaos with the NEVER Openweight 6-Man Tag Team Championship belts before dropping them on them in disgust.

Uemura throws everything he has at Suzuki but it isn’t enough. Uemyra submits to the single leg crab.

One of Tsuji’s best matches in NJPW. Come on, NJPW. He is ready for the big time now. Tanahashi forces the Young Lion to submit. Tanahashi congratulates Tsuji for a good well done after the match.

Not much to say here other than Okada put out Gedo with the Money Clip. 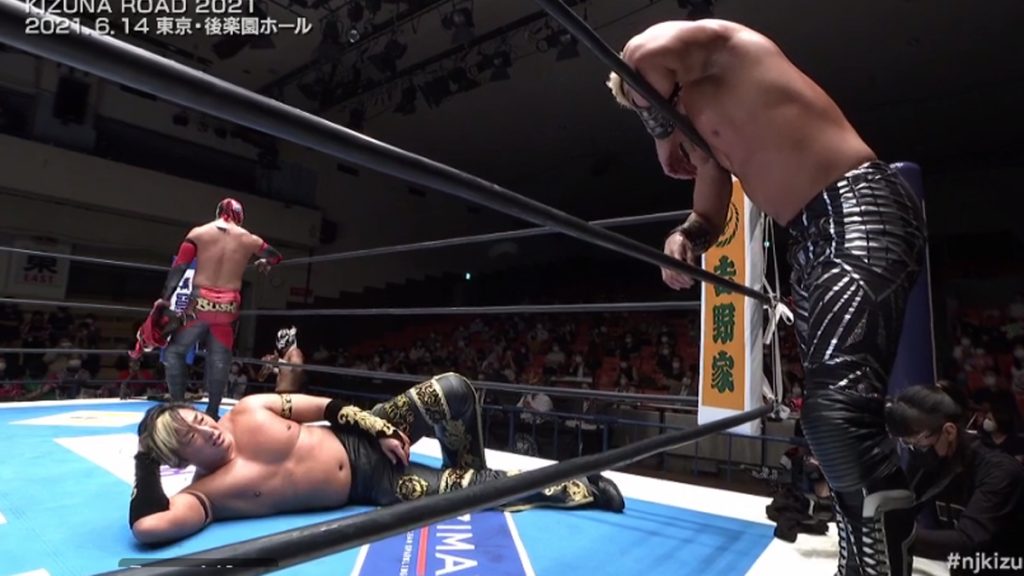 The new champ Shingo just mows down Kanemaru at the end of the match. Naito and Sanada make it known that they want to challenge the Dangerous Tekkers for their tag team gold.