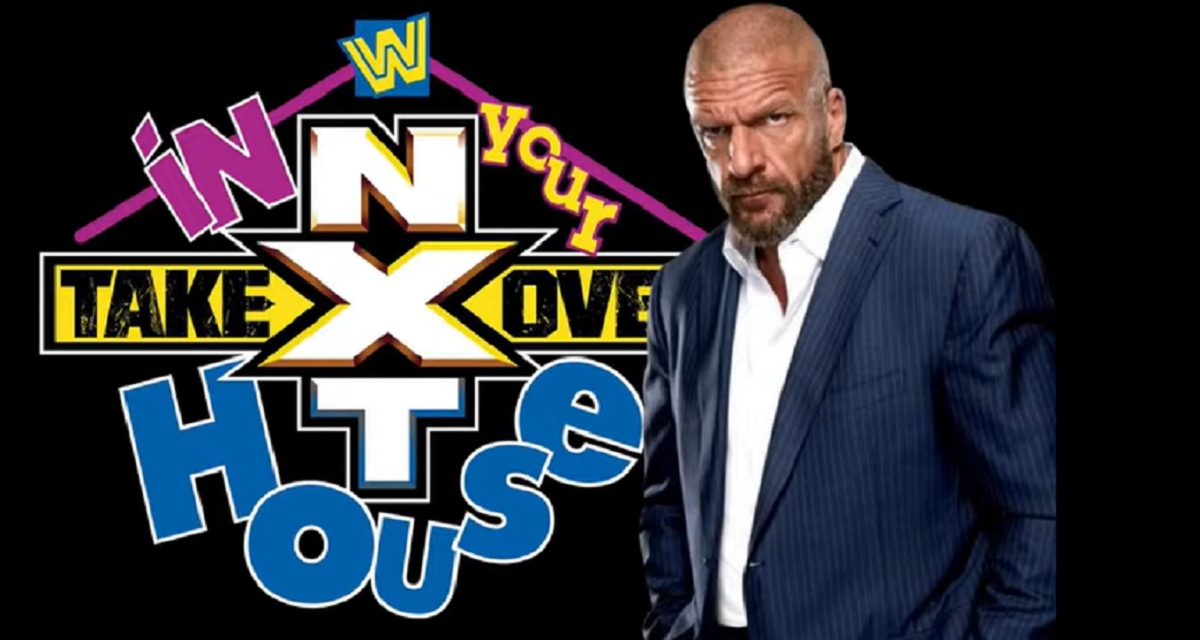 While Sunday night’s NXT Takeover: In Your House, may not have been as well-received as other NXT shows, two of the brands key principals – Paul “Triple H” Levesque and Shawn Michaels – were very proud of the show and the talent involved. Both of them expressed their praise in a media conference call immediately following the event to share their views.

“I thought we had a great event tonight,” said Levesque. “I’m happy with where we are, I’m happy with the talent pool we have and where they’re going to take (the brand). I think we have one of the greatest rosters in the world across the board.”

As for whether it lived up to other events, he recognized that not every show is necessarily seen by all viewers as a home run, even if he disagrees.

“Everybody has their opinions,” he said. “And they’re entitled to those opinions.”

Michaels noted that he takes it as a compliment that the reputation of the brand is such that anything less than a mind-blowing show is seen as a mild disappointment.

“I think it’s a good problem to have,” he offered. “(To be) held to a (high) standard. It just encourages (the roster) to work harder, to push more.”

They cited the main event participants and Xia Li in particular as people who embody that very idea.

Michaels provided an apt comparison to the participants, noting that the style of NXT Champion Karrion Kross was an essential ingredient in the success of that match.

“It’s like four sports cars and one monster truck. It’s clearly a number of different styles in there. When you break it down, all those guys are very different and have very unique abilities. (It’s noted that Kross) is not of the (typical) NXT mould, but that’s what makes it so appealing to me. You have this unbelievably huge, damaging, powerful monster truck around these finesse-oriented wrestlers, grapplers, submissions artists, and ring technicians. I think it’s a great quality (that he brought).”

As for Li, Levesque expressed a lot of pride of her accomplishment of having her first Takeover match, where she faced Mercedes Martinez.

He shared Li’s story in explaining her passion for the business, an attribute he noted when he held a tryout in her home country of China.

“She came from a small village, and she didn’t know what WWE was – I remember them telling her that it was like ‘Kung Fu theatre.’ She was this incredible athlete involved in mixed martial arts, incredibly fit. And her personality was just huge, even though she barely spoke English. I remember watching her over the tryout, and she went from not knowing what WWE was to just falling in love with it. By the end of that week, I think her soul would have been crushed if we didn’t bring her to the United States with us.”

He noted that Li risked being disowned by her family for moving to the States and becoming a wrestler, a very untraditional path for someone of her culture and upbringing to take. “To see her come full circle – to have a match in her first Takeover with Mercedes Martinez, who she faced in her first big appearance in the Mae Young Classic – to see where she’s come, that’s why we do what we do.”

Regarding Li, they also noted that the entire presentation of her and the Tian Sha faction is quite unique in that it is much more theatrical than most NXT performers.

“I’m a big fan of variety within the shows, and having things that are different,” he explained.

Michaels noted that the more extravagant entrance and character design doesn’t work for every talent, but when it does, it can feel very special and make for a more entertaining show.

“There are some people and some characters or some groups that have the ability to look larger than life,” he said. “The Undertaker was somebody that was a little more larger than life, so there was a much different production when he was coming out as opposed to the Heartbreak Kid, which was just music and silly dancing. Because his was such a stronger character than mine.”

Levesque noted that that kind of presentation works best when it feels genuine to the character and the performer.

“There are certain people that don’t have that theatrical flair,” he noted. “Where if you put them in a costume and tell them to do this entrance with this cool costume on, they’re going to look like the most uncomfortable (person) in the world. Then there are others that can just make that stuff work. That’s part of the variety of the show.”

Another part of the show – which may or not be the case after last night – is NXT’s on-screen brand commissioner William Regal. In the final minute of the event, Regal noted that it was time for things to change, suggesting that he would be leaving that role. While this wasn’t confirmed on the call, both men praised Regal for everything he does, both on-screen and off, including acting as a recruiter of talent, and a mentor to the roster members.

“He has been such an integral part of this since day one,” said Levesque. “There are certain people that… it’s hard to envision doing it in any way without them. And Regal’s definitely one of those people. And I don’t think we will ever do it without him. He’ll be a part of this until the day that he tells me he doesn’t want to be a part of it anymore. His value here is tough to be measured, and he’ll always be a part of it.”

“He can’t help but to want to help younger talent,” added Michaels. “He’s a coach to the end. He’s always been that way, and he’ll be that way, regardless of whether he’s on TV or not.”

That drive to keep the product improving isn’t just with Regal, but rather extends to the entire roster. And a big part of that has to do with the return of fans to the arena – Sunday’s show was the first Takeover with fans in the building since the COVID-related social-distancing measures forced shows to be held in an empty arena.

“There were a bunch of giddy (roster members), because we had a packed arena,” he said. “Everybody in this business has tried to continue what we do in increasingly tough circumstances. With no crowds, it’s not easy. And they’ve done it. Because they love performing and putting smiles on peoples faces. We’re giving people entertainment, and hopefully they enjoy it, and will want to come back and see it some more.”

Kross demolishes the opposition in five-man main event of NXT TakeOver: In Your House