NXT: Domestic brawls ensue during In Your House go-home show 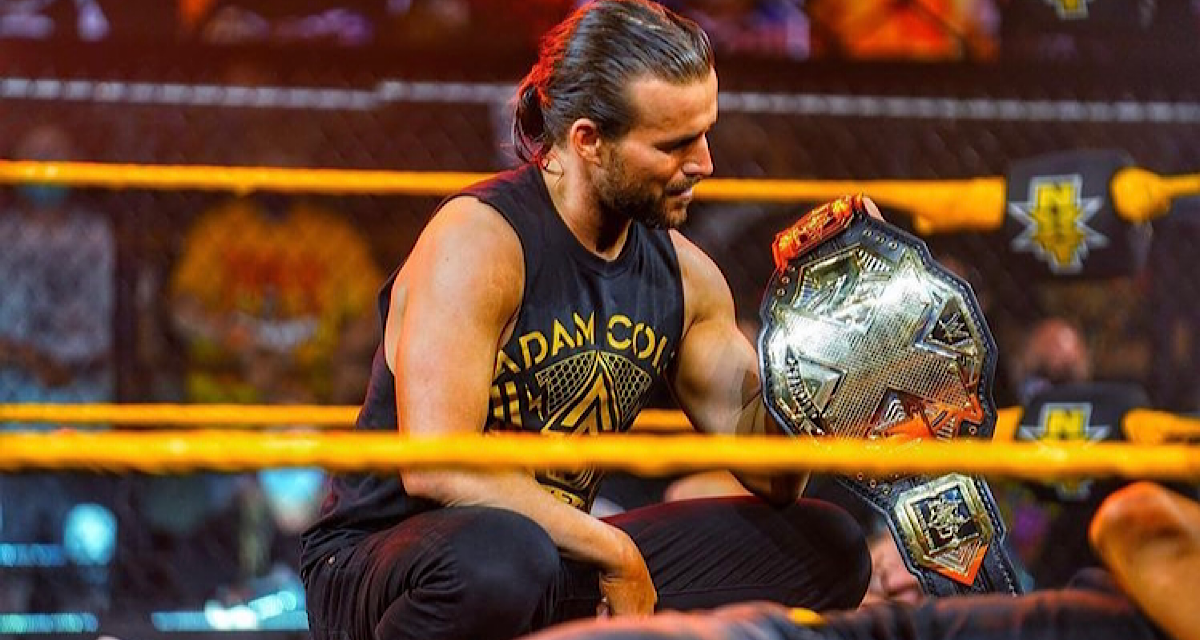 In terms of buildup for this Sunday’s TakeOver event, it’s better late than never. Preceding probably the most overlooked NXT event in some time, tonight’s go-home show helped bump the excitement level for the second edition of NXT TakeOver: In Your House. Plus, if you were interested, musician Poppy released her newest EP, “Eat (NXT Soundtrack)”, live on-air. Triple H most certainly was.

Earlier today, a brawl between Johnny Gargano and Pete Dunne ensued backstage, and their respective right-hand goons will subsequently battle in-ring. Theory and Lorcan roll though various holds until the latter begins his signature stiff striking; Lorcan evidently holds nothing back. Before picture-in-picture though, Dunne walks down the ramp and stands there menacingly, more than likely hinting at a schmoz that’ll contrast this pleasantly standard grappling match. Speaking of which, Gargano appears ringside as Theory begins the desperation comeback, notably hitting a Spanish Fly. The inevitable commences — a butting Dunne and Gargano attract a mass of security, and Lorcan capitalizes with a finishing slam for three.

A campy vignette of LA Knight precedes his upcoming TakeOver match against Cameron Grimes. Knight cuts a montage-like promo inside a lake house mansion with two women beside him. For Knight, the more over-the-top displays of arrogance the better.

Speaking of handsome, the suited Legado del Fantasma has some words. But quickly interrupting them is the North American Champion Bronson Reed and his champion sidekicks MSK. The good-guy trio accepts a “winner take all” match between the two units before Hit Row makes their entrance. If anybody was wondering, Hit Row’s entrance theme has some great verses.

Dain gains the upper hand, prompting “Swerve” to respond with a disrespectful slap. Ringside, Hit Row helps distract the big man to Scott’s advantage. Commentary aptly says that Scott’s “finally figured it out,” referring to his new stable. The competitors trade maneuvers as Maverick attempts to even odds, but “Top Dolla” AJ Francis easily takes him out. This allows Scott to capitalize on another distraction finish with a running corner boot.

Why has Candice LeRae been “so vocal” about the musician Poppy? She doesn’t give a clear answer, as Indi Hartwell’s Dexter Lumis problem interrupts, but “NXT’s favorite musician” is in the building nevertheless.

Cameron Grimes returns the favor with an even better vignette. Words again can’t do Grimes justice, because he’s just that hilarious. But basically, Grimes has a parallel montage of rich guy things.

Mercedes Martinez, who according to potential RAW plans cannot catch a break, is attacked by Xia Li before the match. She demands the bell rings anyhow and definitively defeats her unnamed opponent with the Air Raid Crash.

Backstage, Fandango says that WALTER has been “Germany champion for like nine years now.” Close enough. Plus, his partner Tyler Breeze is confident in a victory over Imperium. On behalf of probably everyone though, please shave that goatee, Tyler.

Poppy is welcomed to NXT by William Regal and Triple H, and the latter is marking out hard. She officially drops her newest album before Dexter Lumis appears with a drawing of her. Poppy gives him a hug as Indi Hartwell makes an untimely interruption, breaking down. Is it Triple H’s birthday? Poppy and Index in one segment?

Cameron Grimes and LA Knight arrive together in opposite ketchup and mustard-colored outfits respectively, but their bickering is golden! In-ring, “The Million Dollar Man” Ted DiBiase invites them down and motions down a golden ladder “of success”. But what prize will hang above? A briefcase is brought in-ring, revealing the Million Dollar Championship. The lineage lives on!

Meanwhile, Karrion Kross and Kyle O’Reilly are separated by security, and to a lesser extent William Regal. “No more!” screams out Regal before abruptly cutting to break. Afterwards, Ever-Rise promotes their Pre-Pre Show set for Sunday.

Commentary is too busy putting over Poppy rather than the duo dominating GYV. Jiro wrestles in his bold blue jacket, which stays on during GYV’s eventual heat sequence. Zack Gibson and James Drake fall victim to yet another distraction tonight, courtesy of Tommaso Ciampa and Timothy Thatcher. But Grey’s comeback is cut short by GYV’s Ticket to Mayhem finisher for three. Ciampa and Thatcher are “lingering like a bad smell,” says Gibson. Next week, they’ll settle it “the old-fashioned way” in a tornado tag match. Also, funny how “Old Man Ciampa” and “Toothless Timmy” are official nicknames for them now.

After being attacked by Oney Lorcan two weeks ago, Bobby Fish hasn’t forgotten. That’s the gist of it.

Candice LeRae announces that Indi Hartwell has left the building in tears and threatens an altercation with Poppy. Poppy appears onstage and says, “I don’t wrestle, but I know someone who does.” The music hits, and Io Shirai returns with a beatdown for LeRae. Afterwards, during commercial, Shirai and Poppy meet face-to-face with Raquel Gonzalez and Dakota Kai. Uh oh.

It’s a “slam jam update” for NXT TakeOver from Dok Hendrix. Announced is the aforementioned six-man “winner take all”, and Grimes-Knight is now officially a ladder match for the Million Dollar Championship.

Surely, Gonzalez’ attack on Shotzi Blackheart a few weeks ago hasn’t injured her this badly, no? Consequently, Moon is pencilled into the NXT Women’s Championship scene, although her chances of success against Gonzalez seem incredibly slim; this, frankly, isn’t the same Moon from four years ago. After a string of offense from Kai and a halted comeback effort, Moon is innovatively spun into the post preceding picture-in-picture. In fact, they both deliver some eye-catching maneuvers and power out of the opposition’s pinfall attempts. Gonzalez tries and fails to interfere, getting caught in the crosshairs of a suicide dive, but she blatantly attacks Moon in-ring with a big boot resulting in disqualification. However, Moon counters the following attack with an Eclipse and lays the champion out.

General Manager William Regal is livid with Kross but cannot control the situation as “Kool” Kyle O’Reilly walks down the ramp with a fired-up promo. Out comes Johnny Gargano, who talks down to Kross atop the announce desk, and Pete Dunne arrives next. Adam Cole appears on the LED wall to talk smack against his opponents, but in-ring, a four-way brawl commences. The monstrous Kross leaves everybody laying until a boot connects from behind. Cole closes tonight’s episode with the gold in his hands preceding NXT TakeOver: In Your House!

For NXT go-home show standards, tonight’s episode did its job. While obviously the in-ring action isn’t worth mentioning, the segments were a lot more exciting than usual. Arguably, every match on this Sunday’s card acquired an extra level of intrigue — the ladder match and five-way being my personal favorites.