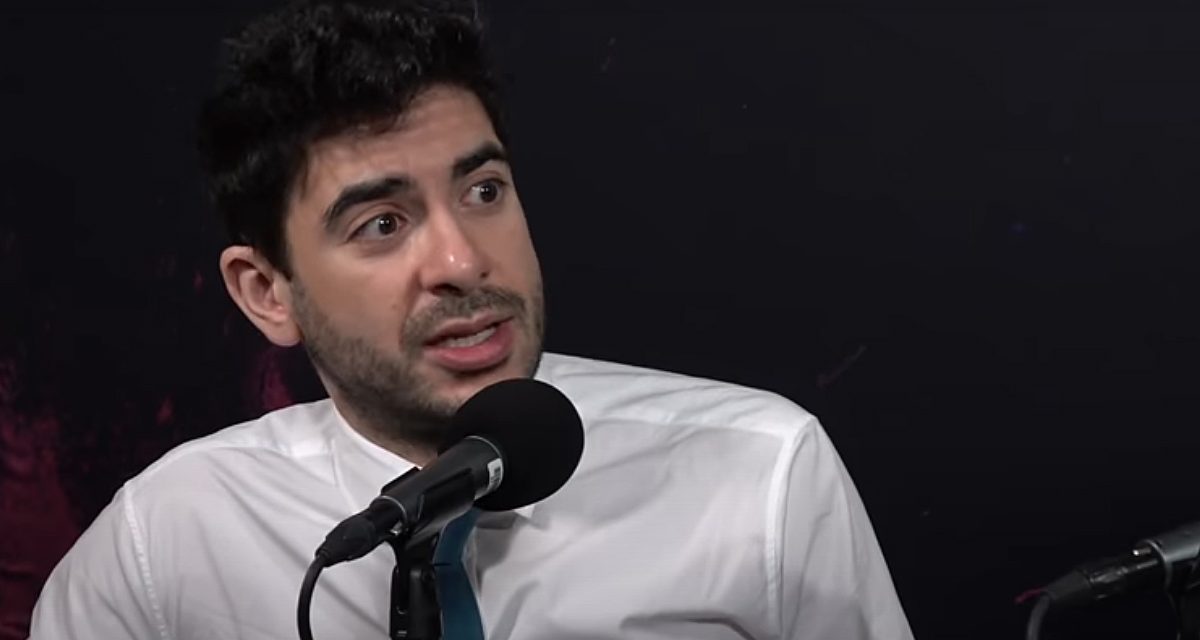 Although the Wednesday Night Wars between WWE and AEW have ended, perhaps the wrestling industry is set for another “Khan-frontation.” The Internet Wrestling Community was buzzing last night after AEW owner Tony Khan made some pointed remarks about WWE President Nick Khan (no relation) and the reports that WWE was in discussion with New Japan Pro-Wrestling about a potential working relationship – something that AEW already has in place with NJPW.

In an interview with AEW announcer Tony Schiavone that was posted on AEW’s official Twitter page, Tony Khan addressed reports made by the Wrestling Observer that Nick Khan had been in direct talks with NJPW to try to secure a deal of some kind. The AEW President sarcastically mocked WWE’s progress, noting that a number of NJPW talents have recently appeared on AEW programming and that they have plans for further inter-promotional matches in the future.

“Just in the last two weeks,” he bragged, “I’ve had Yuji Nagata, Ren Narita, and Rocky Romero on AEW. I’ve reunited Rippongi Vice. I’ve had the New Japan IWGP US Champion Jon Moxley defend the title successfully on our show, retaining it. And I have future plans with New Japan Pro-Wrestling for the US title. So, you must’ve really gotten a lot done in the two months, Nick.”

In the promo, Tony Khan prided himself as being “the Forbidden Door,” in reference to how he’s symbolically kicked down doors between competing wrestling companies to form working relationships, including NJPW and domestically, Impact Wrestling (AEW Champion Kenny Omega defeated Rich Swann on an Impact Pay-Per-View event earlier this month to win the Impact World Championship).

The timing of the post (while WWE’s Friday night Smackdown show was airing), and the tagging of WWE’s Twitter handle in it, had some speculating that this was merely a way to attention to the fact that AEW’s flagship Dynamite program was airing later that night at 10pm; it normally airs on Wednesday but was delayed to accommodate NBA Playoffs.

Some responses to the post were critical of what could have been taken as a direct challenge to the WWE President: “I think there’s only room for one Khan in the wrestling business, Nick. And, it’s me. It’s Tony Khan.”

It is possibly the first time that Nick Khan’s name has been mentioned on any company’s wrestling programming. While he is certainly the prominent leader of business and shareholder meetings, on TV, most fans associate the company’s public face as Chairman Vince McMahon. So Tony calling out Nick in this way seems to be going beyond the bluster typically saved for wrestling promos. Particularly using wording that could have been as an insult, or might have just been a clever pun, when he referred to Nick as a either “conman” or a “Khan man,” depending on your interpretation.

While Schiavone appeared proud of the job his boss did, later tweeting that “If anyone watches this video and still claims that @TonyKhan can’t do promos, then you know that that person is full of s—. (That was one take btw!),” some commenters were more critical. There were more than a few comparisons made in the replies to a public challenge made in 1998 by then-WCW President Eric Bischoff to Vince McMahon to have a real fight between the two of them at WCW’s Slamboree event. It was seen by many as a desperate move by Bischoff to use McMahon’s name to draw attention to WCW.

Neither WWE nor Nick Khan have publicly commented on the rumoured discussions with NJPW or on Tony Khan’s interview, which can be seen in its entirety here:

Ahead of tonight’s Live #AEWDynamite at 10pm ET/9pm CT, and #AEWDoN on ppv Sunday, AEW Owner/President @TonyKhan, aka the Forbidden Door, addressed rumors of a relationship between @WWE & @njpwglobal, + what this means to @AEW! Watch Dynamite tonight LIVE coming up on @TNTdrama! pic.twitter.com/atFTSrvyqZ