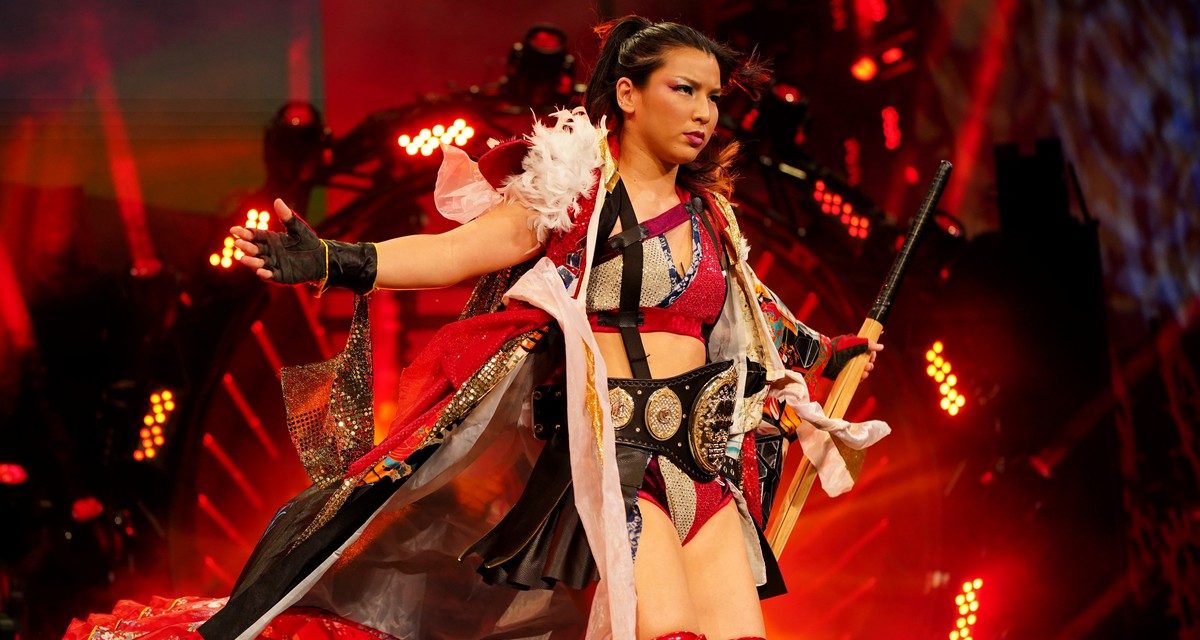 PWInsider has confirmed that AEW Spanish announcer Willie Urbina has been fired by the promotion.

Last night was supposed to be a proud moment for AEW Women’s Champion, Hikaru Shida. Instead, it was marred by what some are calling racist behaviour by a member of AEW’s Spanish announce team.

During AEW Dynamite last night, Shida’s historic run as champion was celebrated and she was awarded with a spanking new championship belt.

A conversation between Alex Abrahantes and Willie Urbina about translation duties though made it to air on the Fite TV broadcast. Urbina began speaking nonsense with an exaggerated Asian accent. A chuckling Thunder Rosa told Urbina to “shut up”. Urbina didn’t. He continued mocking Shida using the accent. Dasha Kuret also told Urbina to stop and called him “mean”.

Wait, why @AEW doesn't release any statement yet about @WILLIEURBINA racist behaviour on commentary? FIRE HIM!!! Seriously is it that hard? #AEWDynamite #AEWDoN #AEW

I’d say don’t be stupid enough to do that in front of a mic even if you don’t think it’s live, but it just shouldn’t be something people tolerate as acceptable behaviour at any time.

Hope AEW addresses this and I really hope Willie Urbina educates himself. https://t.co/0j3Jd4MiKB

In a now deleted tweet Hugo Savinovich, a former commentator for WWE and currently part of the Lucha Libre AAA team, had this to say:

“A friendly reminder to our friends at the Spanish commentary table of AEW dynamite that while they are on commercial breaks all the private conversations they are having are heard on FITE TV. That the microphones were open is not the fault of the commenters. Our intention was only to warn them and they have already managed to close the microphones for the commercial breaks. It was a production error. In fact, I noticed it when I switched the language to Spanish in the second hour.”

In the broadcasting world though, standard operating procedure is that anyone in front of a microphone should always assume it is on even if it isn’t and everything they are saying is being broadcast.

AEW has yet to respond to the accusations.

Last year there was another infamous broadcast flub that even though didn’t have the same implications or the same tone at all it still exposed the wrestling business as a whole. When the March 13th, 2020, edition of Smackdown went to a commercial break and the cameras were not live, Bayley, Sasha Banks, Nikki Cross and Alexa Bliss all stopped wrestling, starting milling about and chatting before getting back into position. It was all shown, caught on camera on the international Smackdown feeds.

They really did stop wrestling during the commercials! pic.twitter.com/Pi6zBkz3qI