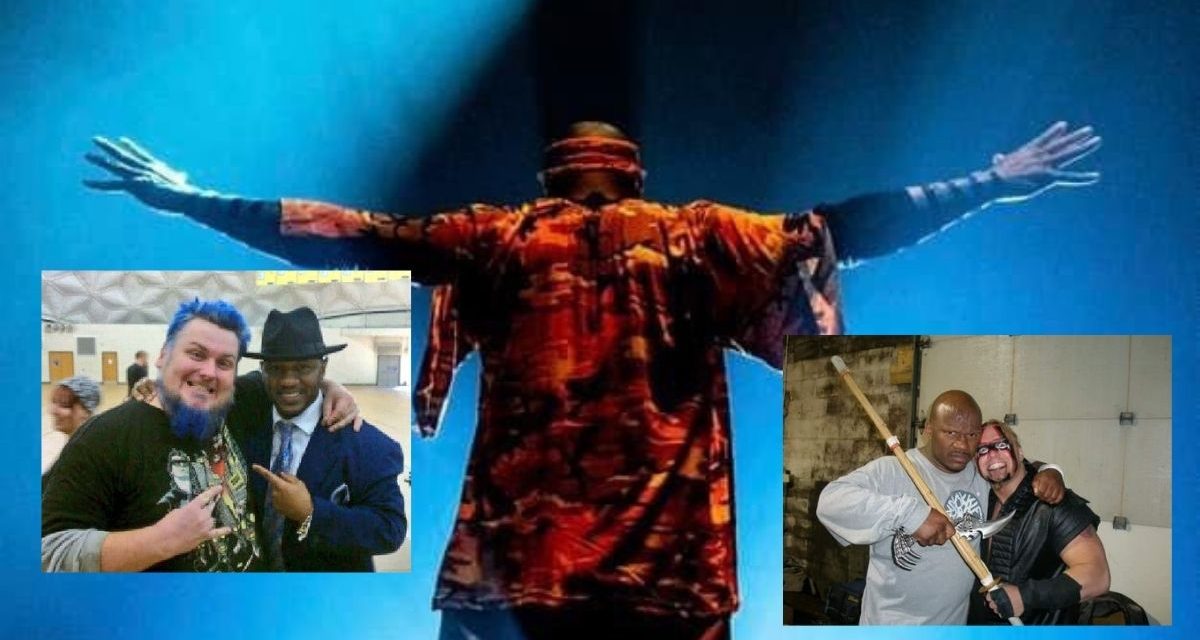 Upon learning of the passing of Jerome Young — New Jack — on Friday, friends and colleagues posted their memories of the unpredictable wrestler.

Absolutely GUTTED. You were a friend. You were a brother. You were a true outlaw. You looked out for me. You protected me. I love you Jerome. Rest In Peace New Jack! Thanks for being real with me…. 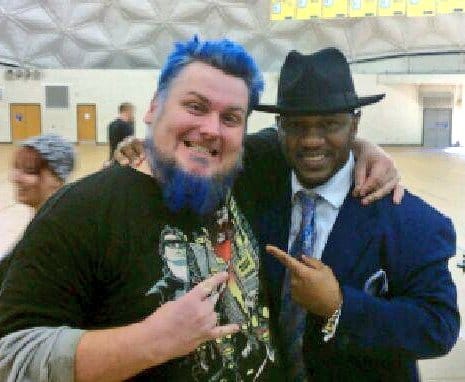 Man I’m at a loss for words right now. Hearing New Jack is no longer with us is heartbreaking. We’ve been tight for a long time and I have lost my brother. Rest in Power Jack. You will definitely be missed. Love you bro.

If you were ever going to come up with a list of professional wrestlers who were polar opposites in real life, I think my name and New Jack’s would have been paired up. To say we came from different worlds would be an understatement but we always got along.

I actually never saw New Jack ever start an argument or get into it with anyone. He was always forced to react. For whatever reason, people would mess with him or start something then he would wind up finishing it. I was around the man every weekend for five years and he was always a pleasure to be around. I’m going to expose his gimmick right here right now too…. He was actually a proficient in ring wrestler!! You read that right. He could do all the moves as we saw it many times before the show during our practices. He would tell us he didn’t do them during the show though because that’s not what people would pay to see. When you came to see New Jack, you didn’t pay to see wrestling. You paid to see violence and stuff that no one else on the show would do except for him. When that music hit, the place went insane. Natural Born Killers was a huge part of the soundtrack of ECW.

The stuff I saw him be a part of, I’ll never forget. The guys that were in ECW with me, you know exactly what I’m talking about. The stuff he did in the locker room. His entertainment value to all of us.

The time he stood up in the locker room and told us all that he saw the pay-per-view bonus out in the ocean and it was on the way (you had to be there).

The time he stabbed Angel L. Medina in the ass with a barbecue fork in a haunted arena.

The time him and Sandman went to the ring in Pittsburgh and were  looking up in the sky yelling out for the Taco Bell Chihuahua.

The time he did a run in and saved me at Anarchy Rules after Chris Chetti had a near career-ending injury and couldn’t finish the match.

The time me and Meanie did the run into save Tommy Dreamer to the Natural Born Killers music , as Jack looked on from the stage because he was injured and tried to throw the garbage can into the ring with our plunder. Go watch the video. It didn’t turn out the way you think it would have. Trust me. Haha

I could go on for hours about this. All I’ll say is that if you were cool with Jerome Young, he had your back. He really did. He was an innovator and a pioneer. He was a huge part of ECW and all that we did there. He was truly one of a kind.

(Ps…for all my ECW family out there, tonight, let’s go find the YouTube video of the Bootsy Collins song so we can all yell out loud “Awwwwww Yeahhhhhh…Whoddd ya all come to seeeeee…NEW JACKKKKK!!) 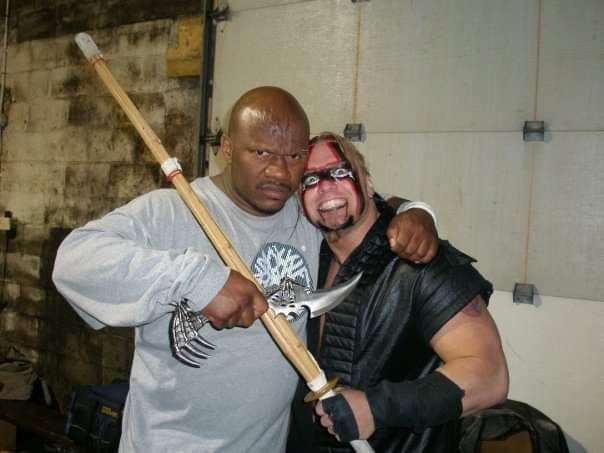 Oh wow. I am shocked. I had no idea he passed. All my memories of him were good and Jerome was a very great guy! #RIP New Jack

Steve Corino (Twitter, @StevenCorino):
New Jack was always good to me. He told me that since Jack Victory liked me, he’d put up with me. We used to do these crazy 8-mans in ECW. Jack would always be last and I’d get goosebumps when that music hit. Then pray I wasn’t getting the crutch that night! Thank you Jack. 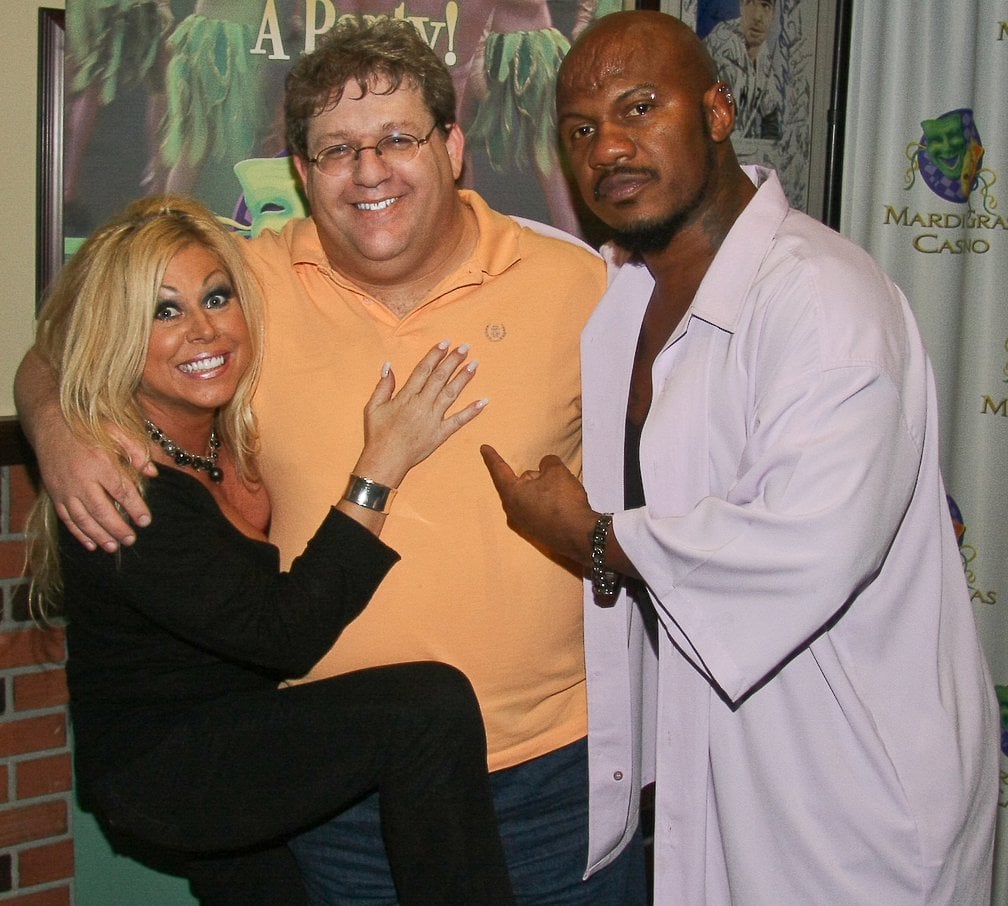 Howard Brody, promoter (Facebook):
I first met Jerome Young (aka New Jack) back in 2010 when he and Terri Runnels were an item. I had booked Terri for a personal appearance at the Mardi Gras Casino and he came along with her. I booked him for a similar event a few months later and for whatever reason we hit it off and became friends. We spoke often and believe it or not, very little about wrestling. When we launched Ring Warriors in 2011 we talked about bringing him down to South Florida for some shows but for whatever reason couldn’t make it work until we took the next step and shot some TV in 2013. As part of our TV roster as a manager he played his role perfectly and behind the scenes he stepped up and became one of the locker room leaders. Not long after our second taping Jack started having some escalated health issues and was not able to work for us. As things happen his spot was given to another person and he no longer worked with us. In time Jack overcame those health issues and when I moved back to Las Vegas our conversations became less frequent and over the last few years we spoke or exchanged messages only once or twice a year tops. Howard Baum once referred to us, and the unlikely friendship that Jack and I had, as the Larry David and J.B. Smoove of pro wrestling. When I told that to Jack, he thought that was funnay as hell. He wasn’t everybody’s cup of tea, and for a good reason, he didn’t like everybody and a lot of people didn’t like him, but he and I got along “extremely” well. To me he was a good dude and perhaps the realest person I ever met from the crazy world of pro wrestling. There’s a lot more I could say about Jack, but I’ll save it for another day. R.I.P. Jack, you were truly one of a kind!

I am in shock right now. I was at my bowling awards night and just happened to look down at my phone and saw that New Jack passed away. New Jack was always nice to me and would always say hello to me whenever he would see me at shows. He would always ask if I had any magazines. One time Linda Roufa, who worked for Baseball Sha, and I took the Gangstas out to shoot some photos in the area. We found a rundown place a few minutes from the ECW Arena and everywhere we went people came up to New Jack and Mustafa and were happy to see them. Another time at Extreme Rising, we were all sitting around and New Jack was telling stories and joking around and all of a sudden Balls Mahoney walked into the room and New Jack went from joking around to dead serious — it seemed Balls recently said something about Jack in a shoot interview. Jack started pounding Balls and then went to go into his bag and grab a machette. We ran out of the room while Atlas Security ran into the room to break it up. It was a scary scene. RIP New Jack 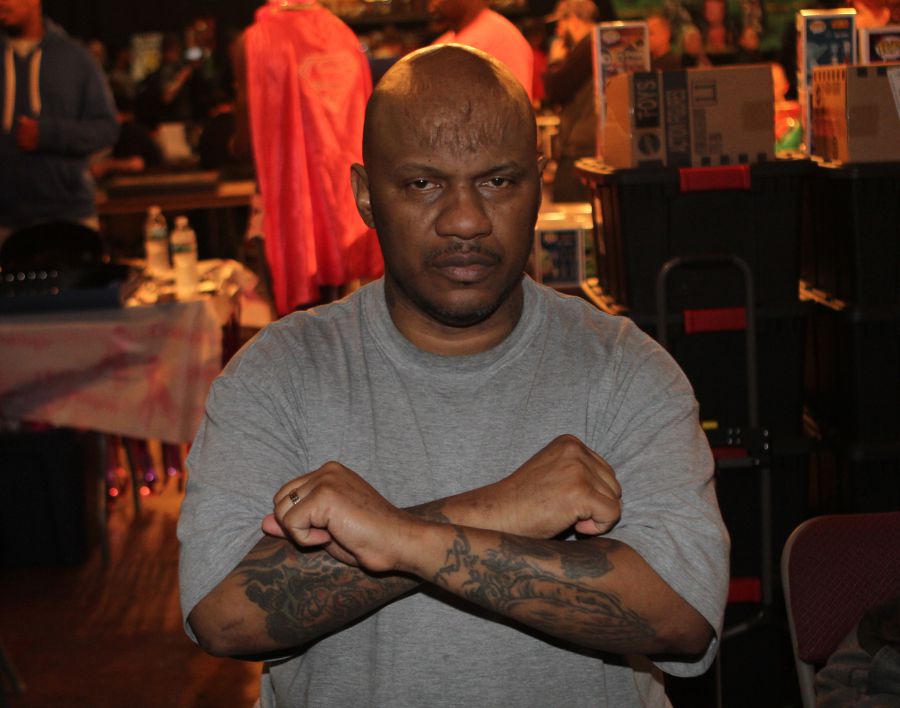 New Jack at a signing in 2017. Photo by George Tahinos

Bob Kapur, SlamWrestling.net
I never got to interview New Jack for Slam, but talked with him a few times at conventions and shows, and he was always friendly – and at times, hilarious. I remember one night before an ECW show in Buffalo, he came outside and went down the line of fans asking if anyone had a computer keyboard that he could use during the match. My buddies and I didn’t have one, but instead we offered him an old wooden skateboard that was stupidly thick and heavy. He picked it up, saw how heavy it was, and looked at us as if we were crazy. “I don’t want to KILL the mother-f***er,” he told us, and laughed, before heading back down the line.
There is a GoFundMe set up for the funeral expenses of New Jack (Jerome Young).