Behind the Gimmick Table: Shiori Asahi is Japan’s ‘Fighting Computer’ 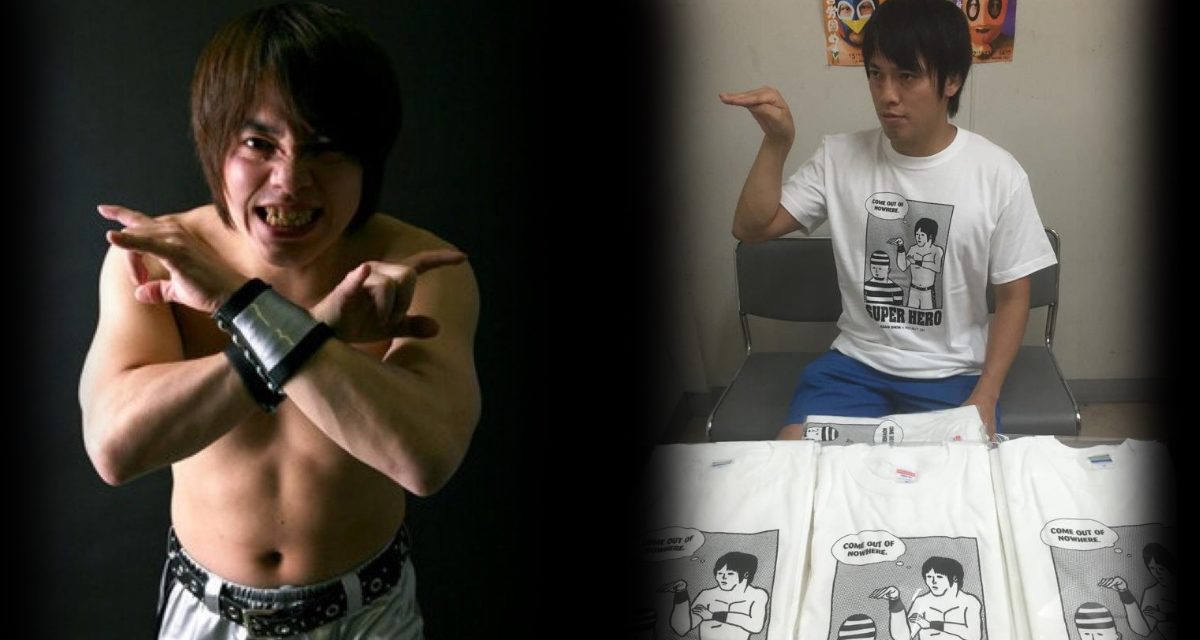 Additionally he has wrestled for All Japan Pro Wrestling, NOAH, DDT, Michinoku Pro Wrestling, Big Japan Pro Wrestling, Dragon Gate, and other independent companies including Land’s End, where he takes the role of a tempura shrimp. His epic rivalry with former tag team partner Makoto Oishi sprawled through both in both DDT and KAIENTAI DOJO. 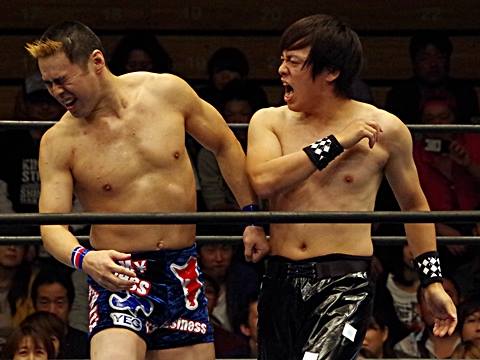 Asahi is known as “The Fighting Computer” in the ring. But in speaking with SlamWrestling.net, he jokingly referred to himself as the “old man” of 2AW.

“Sempai” — mentor — is a better description of his role.

Not only Asahi has an established presence in the ring there, but behind the scenes as well. He helps with coaching, local publicity, hand-designing merchandise for the roster, and more.

A view of the exterior and interior of Blue Filed/2AW Dojo. Photo courtesy 2AW

2AW’s venue Blue Field is located within the same building as the dojo. Originally TAKA Michinoku’s KAIENTAI DOJO occupied the space (hence the trademark blue), until a controversy in 2018, after which Michinoku was fired and the promotion re-branded to the black and white 2AW.

Michinoku originally started the promotion in Puerto Rico in 2000. Asahi would join the Chiba-relocated dojo fresh out of university in 2002, at 24, to pursue a career as a wrestler. He debuted only two months later and would win a young boy tournament three years later that soon solidified him as “The Fighting Computer” (a name lifted from the popular Kinnikuman/M.U.S.C.L.E. anime/cartoon.).

Asahi was able to debut so quickly due to a leg up provided by an extra-curricular school club membership.

At university, Asahi took part in the pro wrestling club. This consisted of the members self-teaching themselves pro wrestling and putting on free weekly events at the university that roughly a thousand fans would attend. There he competed as Himawari (Sunflower), master of the Himawari Bomb. 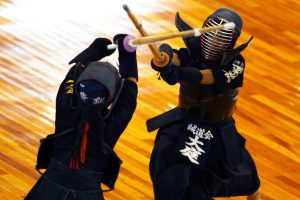 Asahi was already familiar with combat sports as a kendo player. Furthermore with judo being the national sport of Japan, the bumps and tosses of wrestling are relatable for common folk.

With puroresu (pro wrestling) in Japan not presented as child’s entertainment in the way it often is here in the west, it was not until the age of 15 when his grandmother gifted him tickets to a live New Japan show in Fukuoka that Asahi got his first real exposure to the sport. 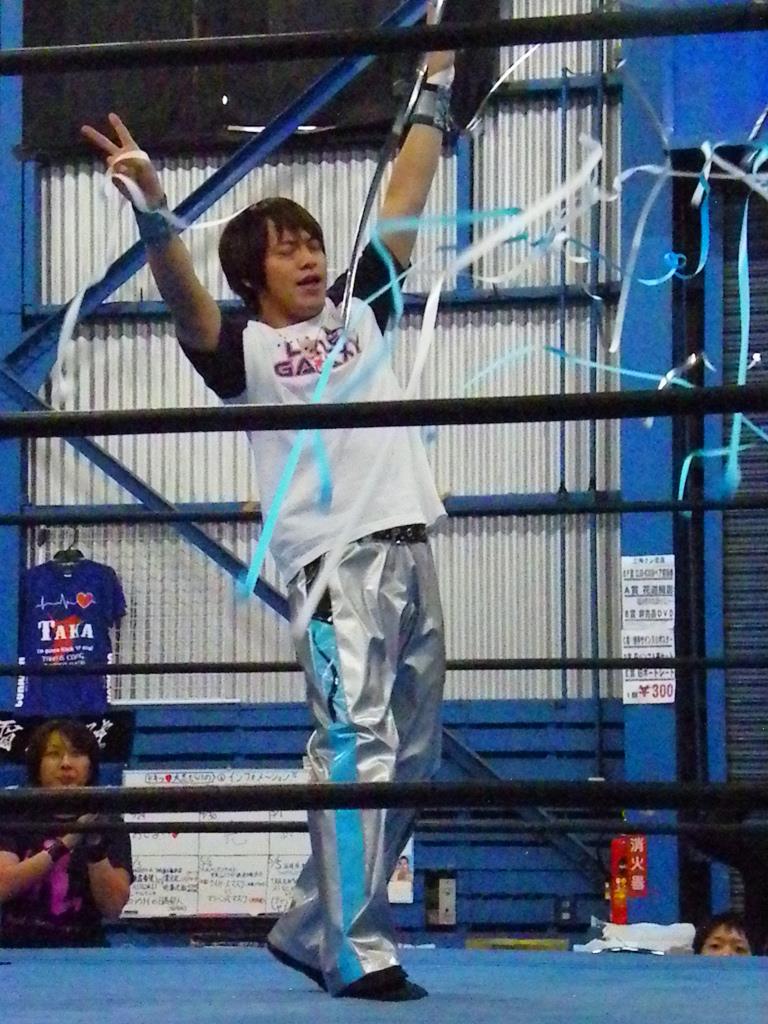 Shiori Asahi is showered with streamers as he makes his entrance in the ring at Blue Field. Photo by Keiichi Yamamoto

Asahi became hooked to puro instantly. He began to watch as much as he could on television and attend events whenever he could. Not only New Japan but All-Japan and in his university years, indy promotions as well. He also purchased T-shirts and programs to show his support and commemorate the occasions.

As a professional, Asahi understands the importance of merchandise, not only as a revenue source but the build the brand for fans who want to show their support. Two weeks after his debut, he was selling his first 8×10 photos. The 2AW promotion has offered other “goods” such as DVDs, keychains, wristbands and most recently drip coffee. 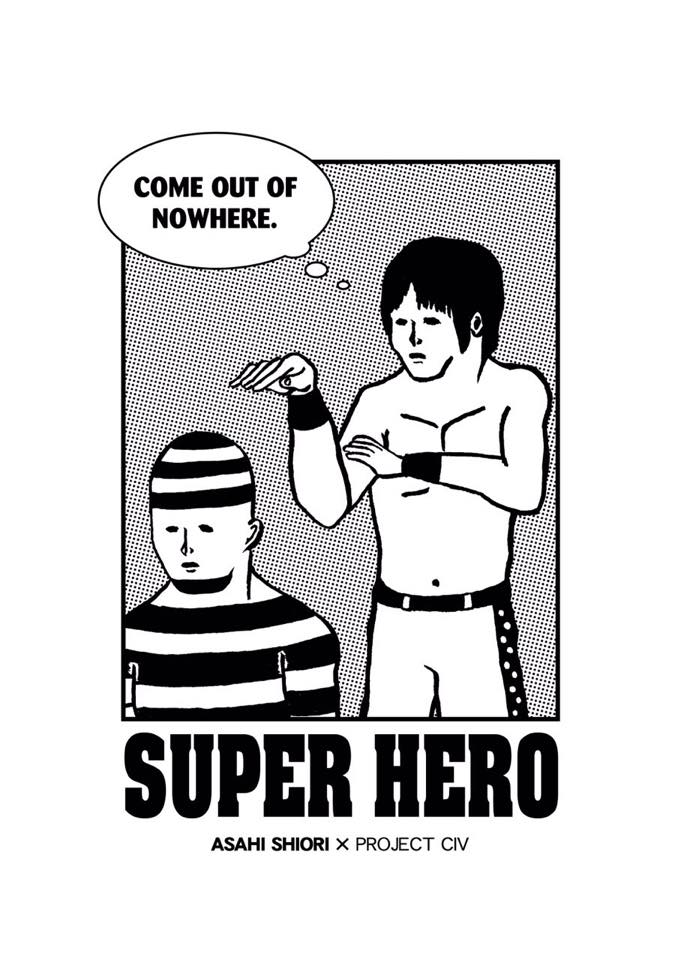 Asahi’s best merch is directly tied to his in-ring technique, appropriate for a “Fighting Computer.” His top seller is any shirt related to his signature “crane strike.”

Western fans will most likely recognize Asahi’s crane strike as Santino Marella’s Cobra. Asahi however does not use a sock and has been using the maneuver since 2007, implementing it as a way to add intrigue for his heel turn. He first learned the move at age 18, from a friend who used it in horseplay.

With a culture that already involved masking when displaying flu symptoms Japan has been ahead of the curve on the road to normalcy. 2AW is back to wrestling for live audiences but certain protocols are still in effect such as attendance caps and a ban on fans throwing streamers during entrances. Asahi looks forward to wrestling in a ring in front of a full house once again (and getting behind the gimmick table too).