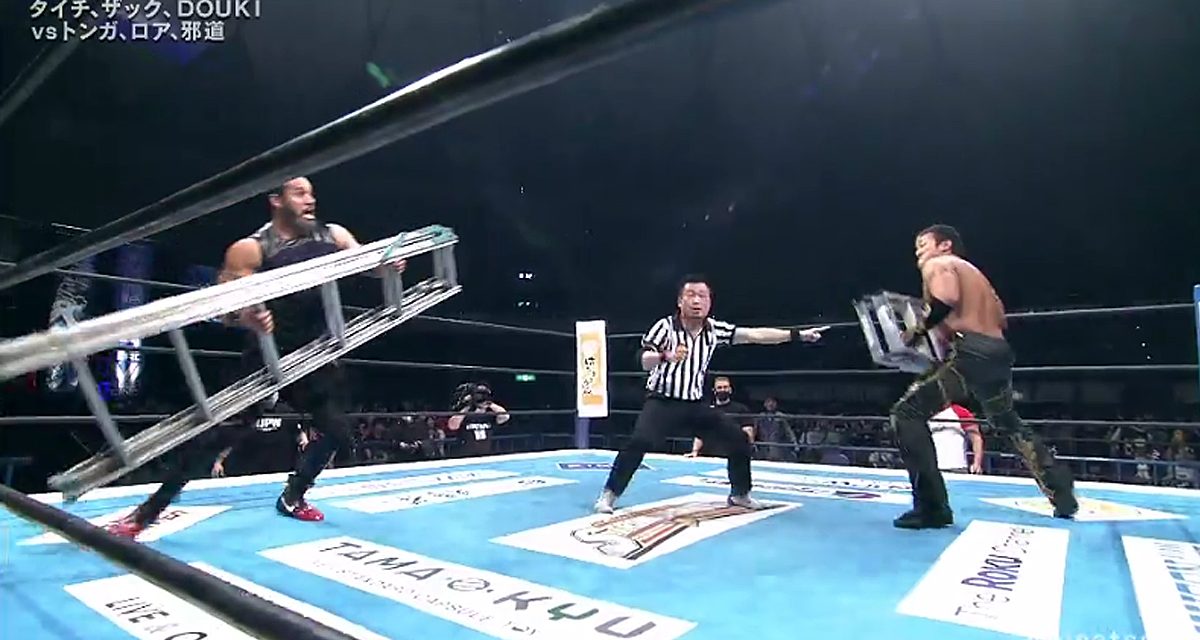 A ladder? I would rather cave someone’s skull in with a steel chair, a walking stick or a baseball bat. Ladders are just too awkward and too clumsy to use effectively. Tama Tonga and Taichi will have no choice on May 3rd at Wrestling Dontaku though as they face off in a brutal Iron Finger From Hell Ladder Match.

Fans got a preview at night two of Satsuma No Kuni as members of Bullet Club and Suzuki-gun engaged in an all-out brawl. Each holding a ladder, Tama Tonga and Taichi confronted each other on the rampway before their tag team match even started. They smashed their ladders together on the floor and then in the ring. Taking hearty, baseball bat swings with the ladders resulted in such a jolt that both men dropped their ladder, clutching their hands in pain. 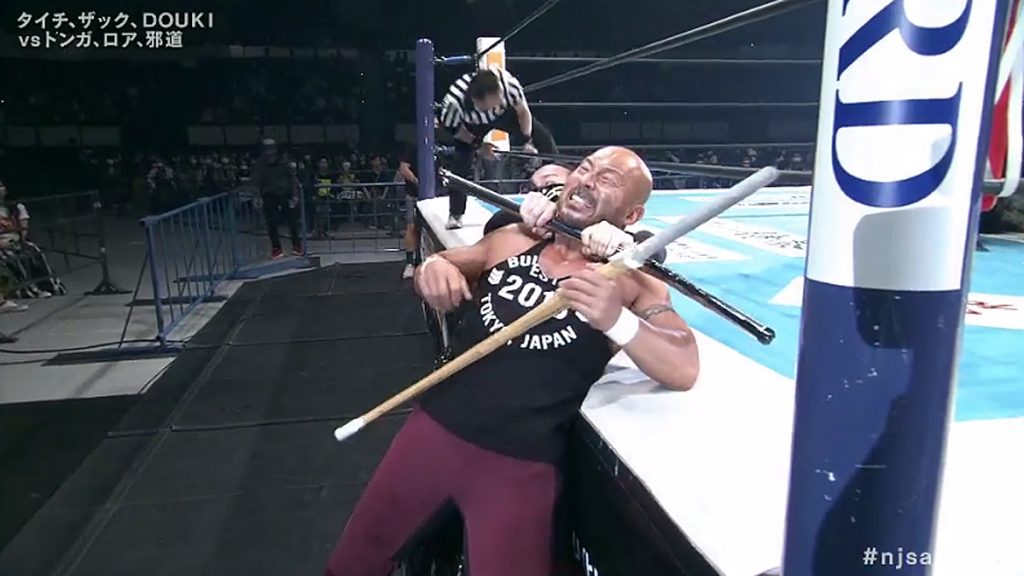 While that was going on, Douki and Jado choked and beat each other down with their respective sticks on the floor. The official attempted to step between Taichi and Tama in an attempt to calm everyone down and get the match started. Taichi tossed him out of the ring and to the floor. The official took a hard hit and sat up clutching his leg, ankle.

Tanga Loa and Zack Sabre Jr. traded shots in the middle of the ring. Zack’s Octopus Hold was broken up by Jado and his kendo stick. Douki took out Jado with his steel pipe. Tama blocked Douki’s swing and hit him with a ladder shot. Taichi and Tama squared off with their ladders once again. The official stepped between them only to get crushed by both ladders. Tama was knocked to the mat too. 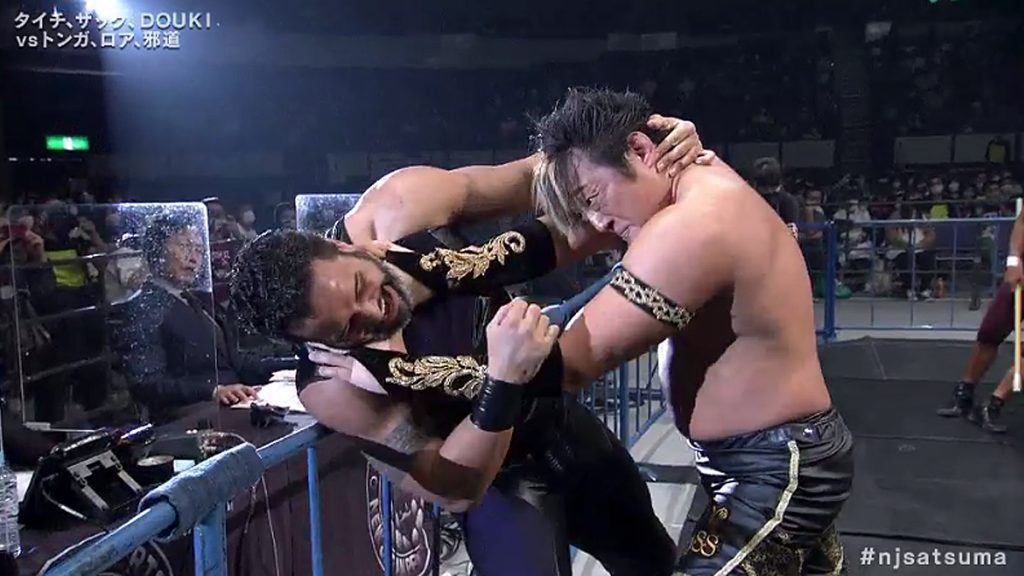 Taichi hefted his ladder over his head dropping it on a prone Tama. Taichi set up a ladder, climbed to the top intending to drop another ladder on Tama. Tama quickly rolled out of the way as it struck the canvass with a metallic thud. Tama picked up the ladder throwing it at Taichi. It bounced off the top turnbuckle falling to the arena floor with a clatter.

The official finally called for the bell ending the match before it could even start. Young Lions swarmed the ring keeping the two warring factions apart. Meanwhile, Tanga Loa walked to the back as Zack had him tied up in another Octopus Lock.

SANADA and BUSHI versus Yota Tsuji and Yuya Uemura

Yano gives Evil and Togo two punches in the “lower abdomen” and pins Togo with a roll-up.