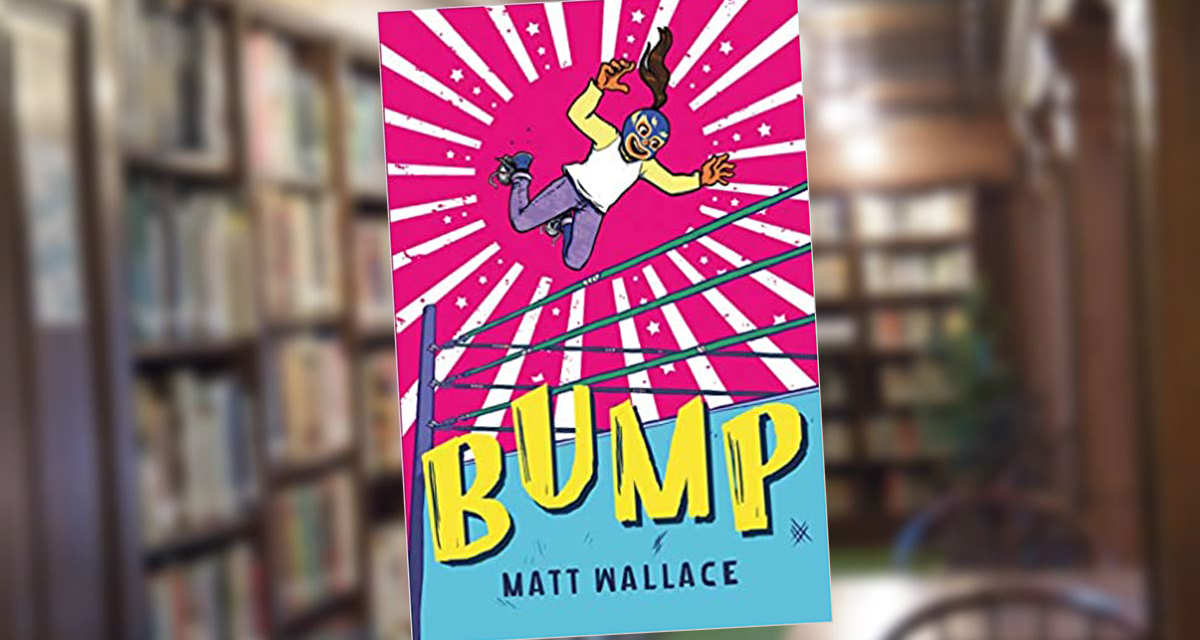 Emotion, details, comedy, action, inspiring and brave are but some of the words my grade seven students in Niagara Falls, Ontario, used to describe Bump by Matt Wallace, out now from Katherine Tegan Books, an imprint of HarperCollins Children’s Books. As an experienced educator I can say with certainty that only a select few books really “get over” or resonate with this age group, well, Wallace popped the crowd of 12- and 13-year-olds in my class.

Bump is the story of a young girl named M.J. who is lonely, scared and having difficulty navigating the world after her father left her life. When she finds out that her neighbour is a former luchador who runs a wrestling school, M.J. makes it her mission to be like the high flying wrestlers she has watched on television. In the school she discovers so much about herself and learns about honour, friendship and determination. Wallace himself is a former professional wrestler who worked under the names The One Man Riot Squad, One Man Riot and Deacon Riot from the tag team The Legion Knights. After 10 years in the squared circle, he decided to go back to his first love, writing, and has been doing it full time ever since. Bump is his first book for younger readers. 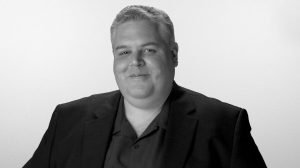 I could go on about the virtues of Bump, but I will leave it to my students to provide you with their thoughts about the book. One student described the tale as, “a page turner about a 12-year-old girl that is an inspiring character that portrays bravery, and strength.” Another child was impressed with how the author dealt with a young person who, “started off not liking her personal image but grew to like herself.”

The students related to M.J. not because they were wrestling fans but, because they were going through, or have experienced many of the social and mental hardships that the main character has faced. Wallace really gave a bird’s-eye view of how fragile a person’s mental health can be and how kindness and support can help.

Another one of my students felt that the story “goes from a relatable slice of life book to action packed when she wrestled.” It should be pointed out that most of the students had a little bit of schema in regards to pro wrestling, but none were true fans of the sport. One student stated that “wrestling seemed boring but the book made it more interesting especially when a kid takes on an adult and wins.”

Bump had multiple protagonists which included mean girls at school, an evil state athletic representative, a hooded fiend and the thoughts in M.J. ‘s head. Throughout the story M.J. is faced with these human roadblocks that make her examine her character and the heart of a luchador that beats inside her.

While the book was a smash with my class, they did have some criticisms of the story. First off, the students thought this story would be amazing as a graphic novel. The action throughout the text lends itself to daring moves and the kids would love to see a reflection of themselves aka M.J. in colour. The story is also focused around Latino Americans and my class had some difficulty with some of the Spanish words and their translations.

In closing my students would highly recommend Bump and here is why: “This book is about how to reach your goals. Also the adventure that she made is like life.” Another student would “recommend this book to someone else because it talks about how everyone has a place, it’s just a matter of finding it.” Yet another child said, “It keeps you on the edge of your seat.”

Bump received high praise from my students. It does not matter if you are a wrestling fan, a boy or a girl, the themes throughout the book will resonate with young people.