Welcome to Rencor a.k.a. Grudge City where the local museum has just been robbed and it looks like an Aztec mummy — no that’s not a typo — is the culprit. And if that wasn’t enough of a twist, the city’s only hope of solving the crime is if two long feuding luchadors can work together. 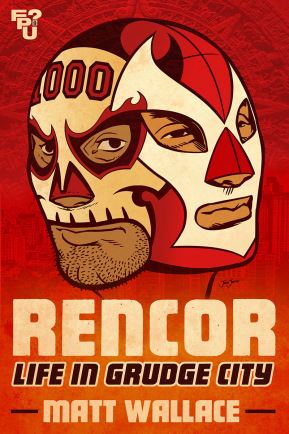 After wrestling for 10 years, Wallace decided his heart wasn’t inside the squared circle anymore and he didn’t like the depressing landscape of the industry and the independent scene. He went back to his first love, writing, and has been doing it full time ever since.

The concept for Rencor was the brain child of his friend Keith J. Rainville, who is the book’s publisher and also that of the English-language lucha pop-culture magazine, From Parts Unknown.

“Keith had written this story that was basically the premise of what became Rencor, which was a rudo (heel luchador) and a tecnico (babyface luchador) who used to be arch enemies and now they have to work together to solve some kind of crime or mystery,” explained the 34-year-old Wallace in a phone interview from his Los Angeles home. “He’d come up with the bones of that and I thought that was a fantastic premise. Originally when we talked about it we wanted to pitch it as a TV series, so that’s how it started. And we pitched it around a little bit and what’s kind of happening now is original spec scripts aren’t as popular as properties. A lot of companies and studios want a comic book or they want a book or something to adapt into a TV series. So that became let’s take Rencor and I’ll write it as a book, maybe we can take that and pitch it. Worst case scenario it will exist, it will be a cool thing that we did that exists.”

Along with collaborating with Rainville, whom Wallace says is a lucha libre encyclopedia, writing this book also gave him the opportunity to create something unique that nobody has ever seen before, which the admitted eclectic says is a dictum for all his stories.

But the book came with some unexpected challenges for Wallace. Writing about professional wrestling was very personal and at times brought up raw emotions for the author, who worked under the names The One Man Riot Squad, One Man Riot and Deacon Riot from the tag team The Legion Knights. He admits that the opening scene which has a police captain firing the last luchador hero who had been on staff working for the city, was the most difficult part of the book to write. The themes of legacy, modernization and life after one’s glory days in the ring strongly resonate throughout the novella. Wallace says his own personal experiences permeate the book, but he hopes that the reader is elevated by them too.

“That was probably the most personal chapter in the book for me,” revealed Wallace. “I experienced that myself. I retired from the business and left the business and I sort of watched the wrestling that I had grown up with die off and be shit-canned by people who run it now. Writing that chapter was sort of the personification of all that for me. It was a really emotional thing to write. I got a little teary eyed doing it to be honest with you. That’s probably the most personal thing about wrestling that I’ve written to date in that chapter.”

He added, “There’s the physical toll, the psychological toll it (wrestling) takes and what you are left with when you have to look back on it. You spent so much of your life doing this thing and when you wrestle, it’s not something you do, it’s something you are. You live it and you breathe it and it’s 24/7 and to give that up is really jarring. It’s a real defeat in a way. It’s not like quitting a regular job. You sort of decided you were going to be this thing and then stopped being this thing. It’s a hard thing to grapple with and that definitely is a huge theme in the book.” 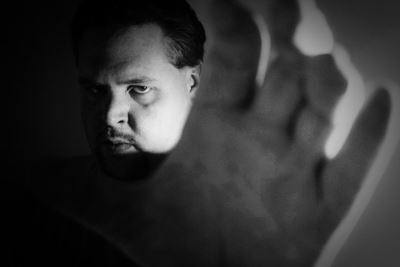 But the book is definitely not all doom and gloom. While the museum caper plot line is a tad rushed, Wallace provides a fun read with plenty of enjoyably witty banter, especially between the two unlikely luchadores/partners, and quirky characters you’ll be thinking about long after finishing the book. This reader is still giggling over the sleazy merchant, Topo, and his dog, Chorizo. Not being an expert on all things lucha libre, there were times I had to do some additional research to familiarize myself with some of the jargon, history and mythology, but it wasn’t burdensome and rather enhanced my reading experience.

“I hope there are a lot of laughs,” confessed Wallace. “Throughout the book we tried to do that. I just want to make people feel good these days. There’s so much grim darkness out there especially in fiction. Everything is so heavy, so Game of Thrones, so who is going to die this week? It really is. I’m not knocking that stuff, I’m not saying it’s not good, I enjoy it but I feel like everybody has been chasing that and has flooded the market with it. I just wanted to write something that makes people laugh and takes them away in a good way for a while.”

Wallace says the plan is to make Rencor into a series, but that is wholly dependent on the sales of this first book. He has four more books in his Sin du Jour series coming out throughout 2017 and 2018 and he has also finished his first epic fantasy novel.As for which of his career paths is the most difficult, Wallace, who is full of plenty of crazy wrestling stories including getting sliced with a box cutter by a fan while wrestling in Mexico City and then being stitched up afterwards in the back room of a local pharmacy — once again no typos here — gives the edge to wrestling for the obvious physical tolls. But he admits both writing and wrestling have their own unique set of challenges.

“You talk to my mother and my fiancée and they would tell you that they are much happier that I’m writing for a living instead of wrestling,” Wallace said with a chuckle. “They are both things you have to love or you are not going to be able to succeed in them because they are very hard businesses. They are both things that you have to have your heart committed to 100% or the business side of it will kill you.”