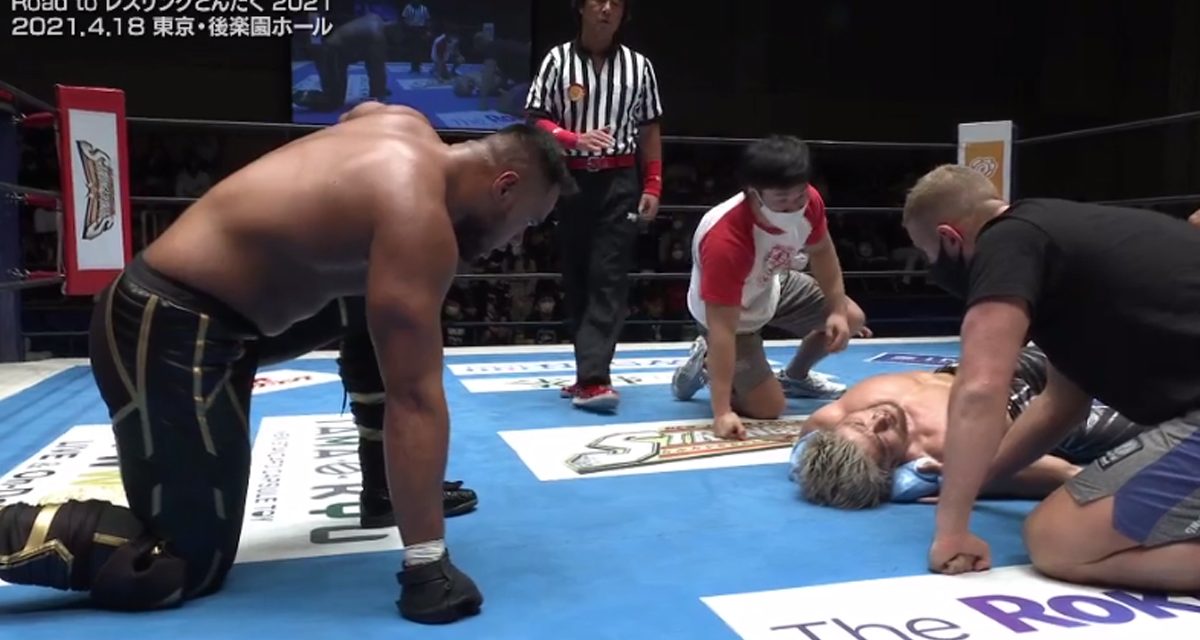 The fourth night of Road to Wrestling Dontaku saw The United Empire scored two decisive victories over Los Ingobernables de Japon on a card that besides the two main event matches was the exactly same line-up as we saw on night three.

This time around it was Shingo Takagi and BUSHI versus Will Ospreay and Jeff Cobb and The Great-O-Khan and Aaron Henare versus Tetsuya Naito and SANADA.

Bushi once again proved to be the weak link as Cobb planted Takagi with a Tour of the Islands putting him on ice for the rest of their match. Ospreay sniped Bushi with a Hidden Blade and Storm Breaker for Empire’s first win of the evening. 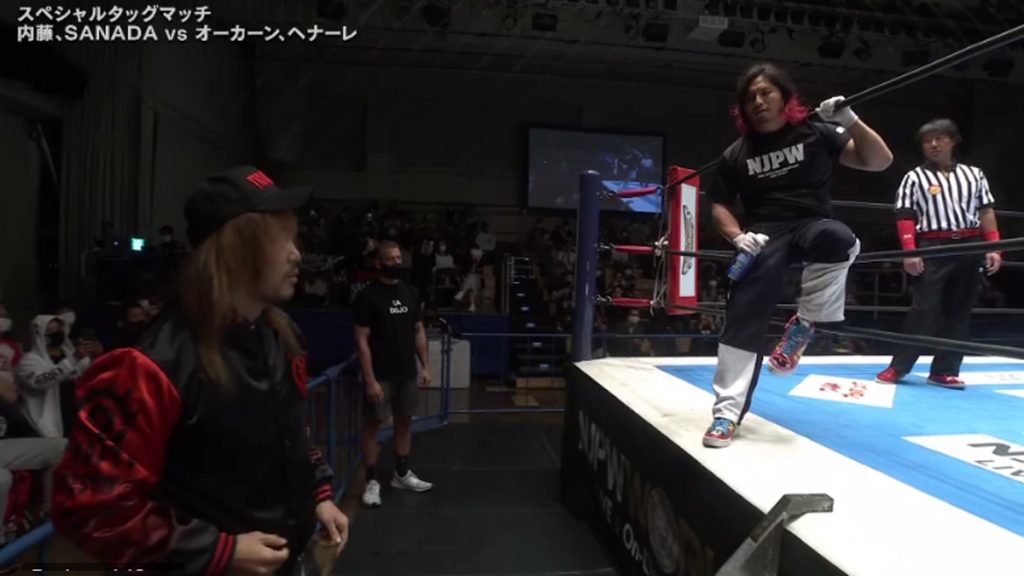 Naito invited Hiromu Takahashi to leave his commentary position and hold the ropes open for him as he and Sanada took on Khan and Henare. Henare and Sanada seemed destined for perhaps a personal and very involved feud as they paired off many times during the bout. In fact, Henare got the better of Sanada pinning him with his new Streets of Rage finisher (a backbreaker rack that he transitions into a death valley driver).

Although Yoh’s leg is damaged by Kanemaru’s figure four, Yoh pins him with a roll-up. Sho is quick to defend his partner from further damage.

Douki is beaten and battered as he is cut off from his partners most of the match. He barely makes a 20 count to get back into the ring. Jado taps out to Sabre Jr.’s arm-bar submission. The Most Electrifying Wrestler In Sports Entertainment won’t break the hold so Loa intervenes.

Not sure how he got it back but Kenta has Yoshi’s bo stick again. Togo chokes Goto with his garotte until Yano rushes over putting a hood over his head. Yano gives Evil and Togo a punch in the “lower abdomen” each. Goto pins Gedo after he and Yoshi deliver their tag team finisher.