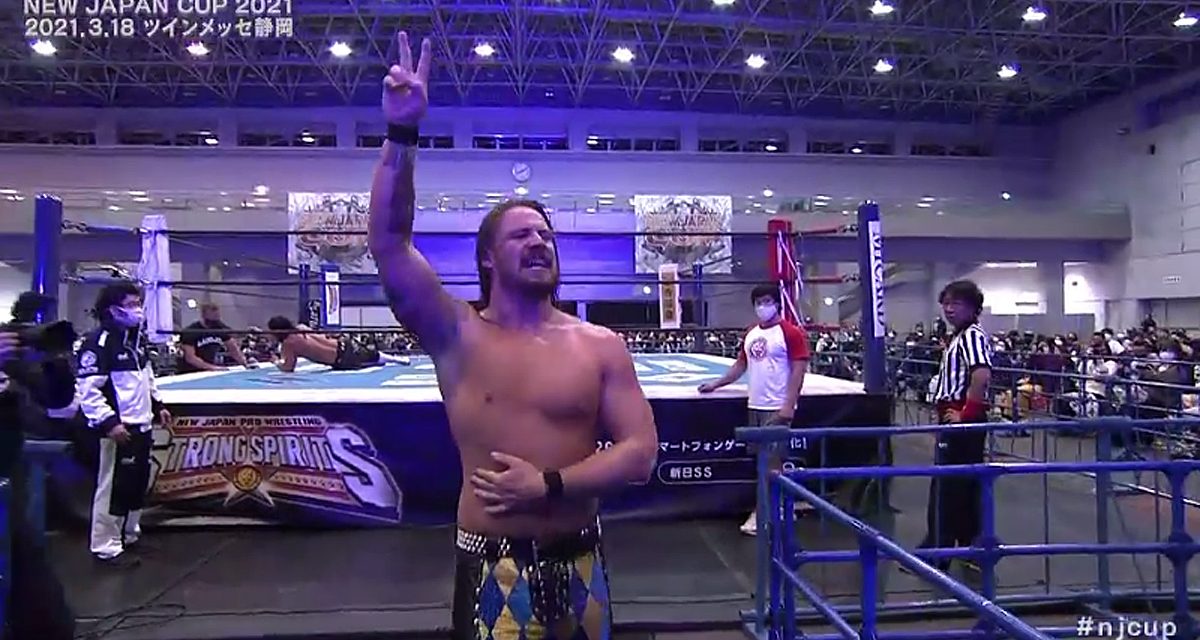 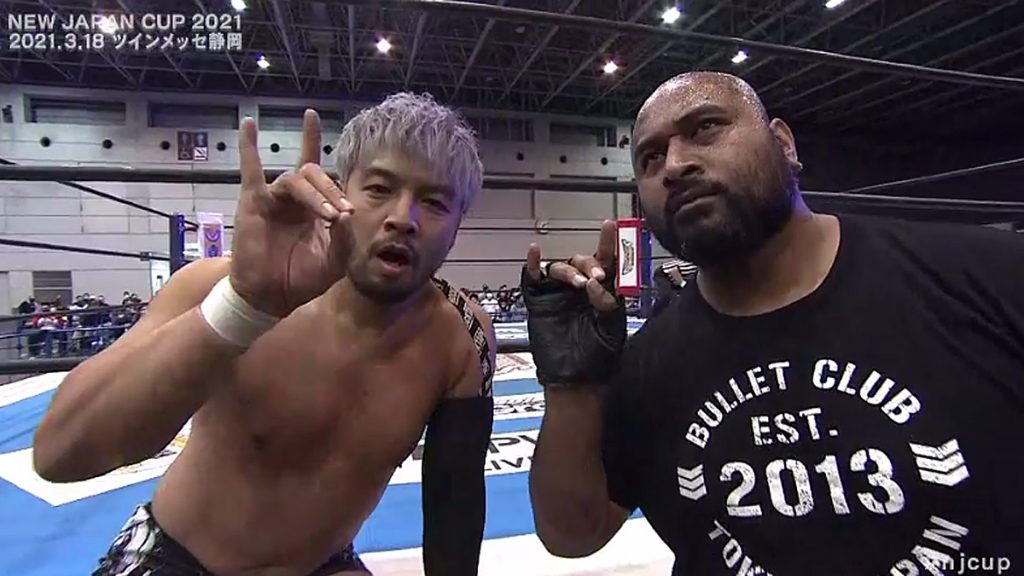 Juice Robinson comes down with his friend Finlay. He warns Gedo not to get involved in the match. Finlay tosses White into the ringside barrier and chases Gedo off when he gets too close for comfort. White gets his revenge by slamming Finlay back and forth between the barrier and the ring. White inflicts some more damage by picking up Finlay and dropping him right on the barricade. Gedo trips up Finlay from the outside and that angers Robinson. Gedo does it again but this time Finlay kicks him into the barricade. White guillotines Finlay on the top rope. Robinson is seething, yelling at Red Shoes. He has had enough. He picks up Gedo carrying him to the back. The crowd claps their appreciation as they are not allowed to cheer due to the COVID event restrictions. White just hurls Finlay head-first into a turnbuckle. Finlay seems out. White does it a second time taking the fight out of Finlay. Finlay escapes the Blade Runner with a stunner and then hits his corner springboard stunner for the victory.

Sanada versus Will Ospreay

Ospreay targets Sanada’s back and ribs. “I deserve the Cup. Give it to me!” he shouts at the crowd. The crowd begins clapping for Sanada. “Him over me?” says an angry Ospreay. Sanada responds by tearing at Ospreay’s injured nose making him even more ticked off. Sanada gets nasty by putting Ospreay’s face in a corner and drop kicking him. Ospreay rolls out of the ring gripping his face, nose in utter agony. A TKO off the ropes gets Sanada a two count. Ospreay puts his knees up as Sanada attempts his moonsault. A Hidden Blade and a Stormbreaker pins Sanada.

In the Semifinals we now have:

David Finlay versus Will Ospreay