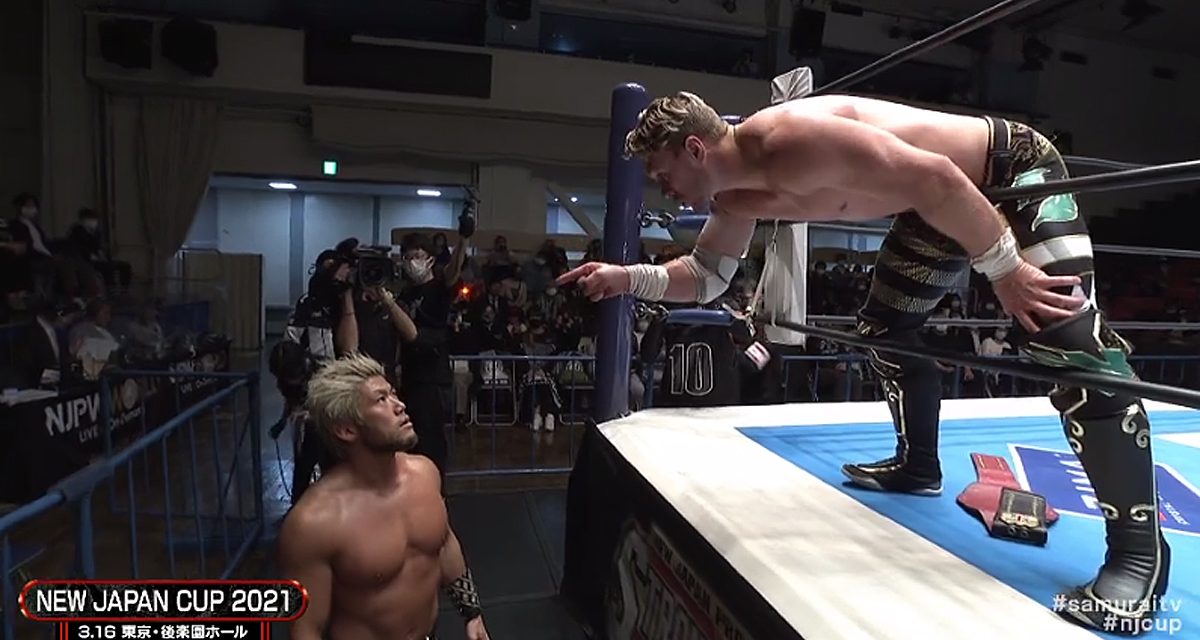 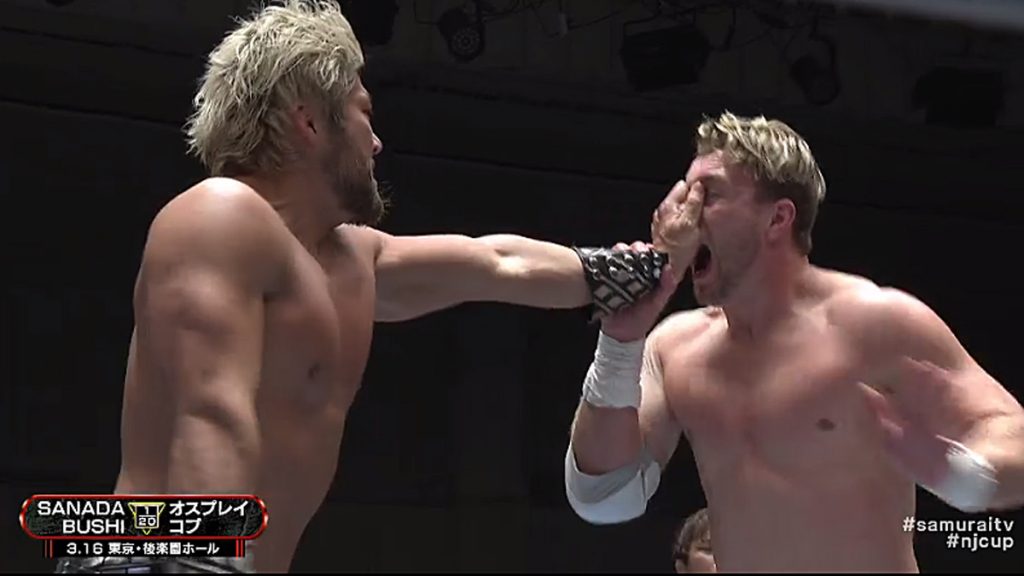 Sanada ignores Ospreay’s demands to leave his nose out of the match. Courtesy: NJPW. 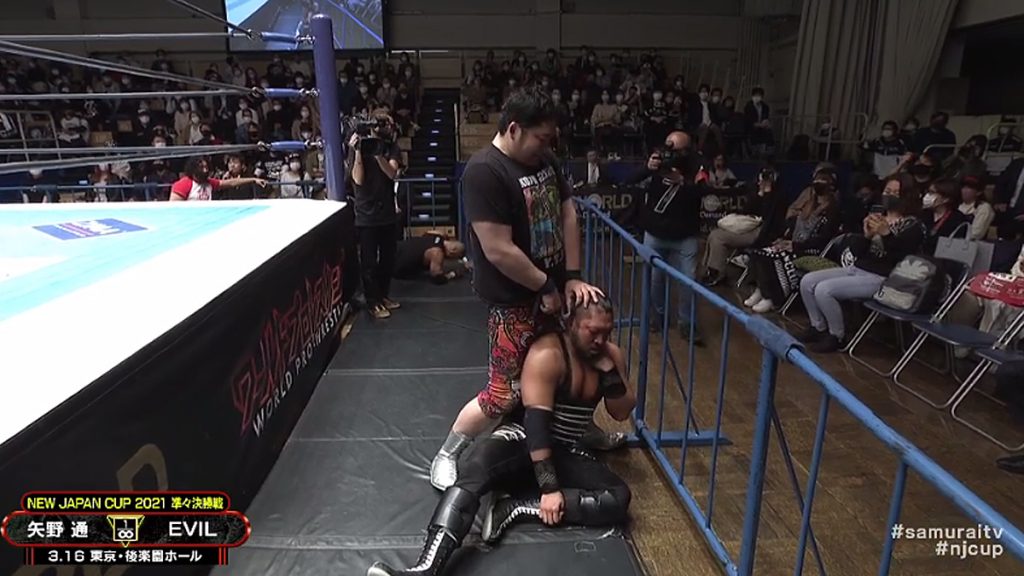 Yano demands that Dick Togo be shown the door. He doesn’t trust him lurking around ringside and who would? Yano refuses to enter the ring. The official begins his count. It seems Yano had every right to be concerned because as soon as the official’s back is turned, Togo attacks. Yano is slammed into the ringside barrier which bowls over the time keeper as well. Yano throws a turnbuckle at Togo and then knocks him off the apron. Yano almost pins Evil after slinging him into the exposed turnbuckle. Yano throws Togo into the ringside barrier so hard he drops his garotte. Yano chokes out Evil with it while the official attends to Togo. Just to be sure Evil gets counted out, Yano shoves him under the ring. The arena lights go out. When they turn back on, Evil is standing behind Yano. Evil pins Yano with Everything is Evil.

The match begins as a slugfest with both men cleaning each other’s clocks. Kenta snatches the time keeper’s bell hitting Shingo in the head with it. Kenta slings Shingo into the ringside barrier and a steel post. Kenta takes Shingo away from the ring so he can DDT him on the concrete floor. In the end, Kenta kicks out of a Pumping Bomber but not Last of the Dragon. As Shingo addresses the crowd, Evil and Dick Togo attack putting the boots to him. One wonders where Bushi and Sanada are to make the save as they were on the card tonight.

In the Semifinals we now have: