Behind the Gimmick Table: Lenny Lilac was always sold on wrestling 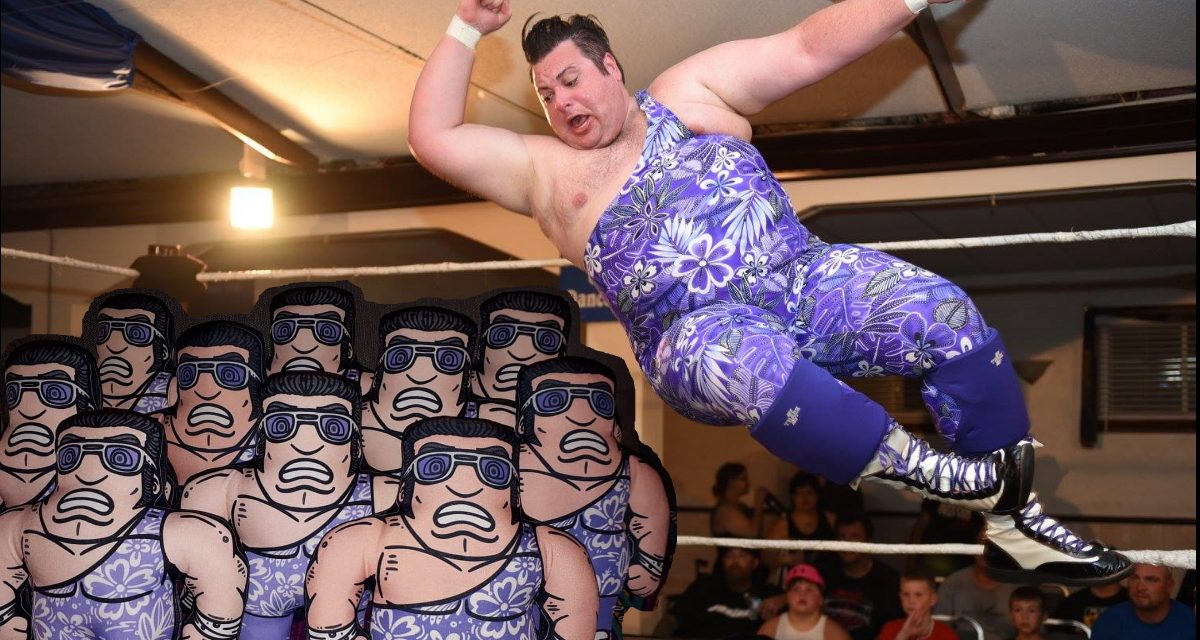 Lenny Lilac is a pro wrestler, manager and more, however he started in the industry much differently than most.

The native of Kitchener, Ontario, has been obsessed with wrestling since he was five years old, in 1978. He credits the fascination blossoming due to his parents being early adopters to cable TV and wrestling being “abundant” on the service.

The oldest of five siblings, Lilac’s play was often group oriented and included other neighborhood children. But when it came to wrestling figures Lilac describes playtime as a rarer solo occasion. “I preferred to do this by myself because you can’t play two player wrestling toys,” he explained. With wrestling figures being nonexistent until the mid 1980s Lilac drafted Star Wars characters, GI Joes and whatever he could get his hands on to square off in his homemade rings. 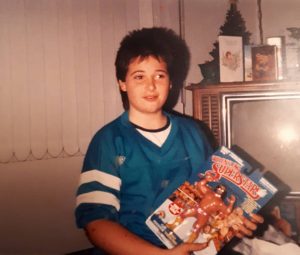 Lenny Lilac with a prized WWF LJN figure circa mid-1980s.

The release of actual wrestling figures was a milestone for Lilac. Although he confesses that compared to his stand-ins “the articulation sucked.” Despite this, Lilac bought into the hype, obsessively collecting them. “I remember where, when and what I was thinking each and every LJN I got. A lot of my childhood memories are attached to these,” he shared.

His general wrestling interest became as all-consuming. A teacher once told Lilac’s parents that “he would get straight A’s if he could do every assignment on wrestling.” Wrestling was a creative outlet for Lenny and his brother. “We started to make customs back in the ’80s. We’d buy them anywhere: the flea market, garage sales. The boy’s mom across the street was a figure skating seamstress so she always had scraps we used to make clothes.” 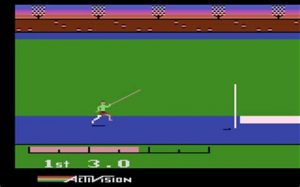 Part of the foundation of the brothers’ relationship was competition. Lilac collected LJN, his brother had Hasbros, and their big summer hobby was setting video game records. Creativity is again evident in Lilac’s description of the extremes he went to for high scores. “For Atari 2600’s Decathlon we’d think of ways to go faster. So I modified the controller. We were always trying to manipulate the system. I’m super competitive, so win at all costs.”

Today Lilac suffers from carpal tunnel syndrome which he credits to his mastery of tapping buttons “faster than a turbo controller.” This attitude and burn out would be echoed in his first foray into wrestling.

Lilac’s introduction to the wrestling business would be in the mid 1990s through a local newspaper advertisement, placed by International Championship Wrestling and Hart Brothers Wrestling School. “[They] were looking for someone to sell advertising. It was a job. I was young. I went there, I saw the ring, I just said yes to whatever they said.” As it was a commission-based sales job they had nothing to lose in hiring Lilac. He joined the team along with promoter Ike Shaw and trainers Waldo Von Erich, Sailor White and Smith Hart. 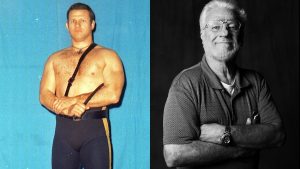 Lilac spent two years with ICW and gained a wealth of experience, during a time period when wrestling in Ontario was still overseen by an athletic commission. He started by creating the promotion’s flyers and programs, as well as selling the advertising. Thus it was a full-time gig and he picked up a lot of skills doing it. “I spent most of my time with Waldo. I was around him so much, driving him around, as he was trying to sell a chiropractic device he invented that they now call an inversion chair to chiropractors.”

Lilac also played a key part in ICW’s history. “In early days of the internet, my school had access. I read that Jerry Lawler closed USWA which was the WWF’s developmental at the time and said to Ike Shaw, ‘Let’s call (WWF Canada President) Carl DeMarco right now because they will need a place for trainees to go.’” The ICW gym in Cambridge, Ontario, became a spot for new Canadian talent to train, including Edge, Christian, and Glenn Kulka. 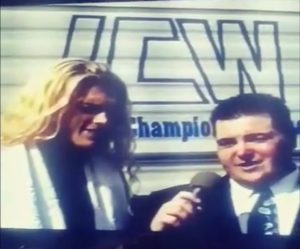 After a dispute over pay, Lilac left ICW to pursue his own business ventures.

All this time Lilac continued collecting wrestling figures and video games — at one point owning every video game system available. His interests were inspiration for his next big project.

Planet Leisure, a vintage collectibles store in Kitchener, was “ahead of its time” and “very unsuccessful,” lamented Lilac. Despite taking out front-page newspaper ads and receiving rave reviews from the few patrons who stepped through the doors, the store closed within two years.

One of those patrons, though, was wrestling promoter Eddie Osbourne. 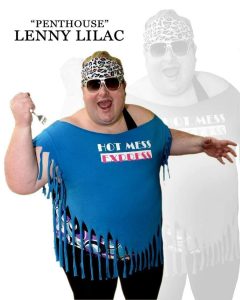 Lenny Lilac in one of his many self promoting T-Shirts.

Lilac was peripherally familiar with Osbourne’s local Pure Wrestling Association (now Pro Wrestling 365) promotion but had never attended an event. When he finally did, it was to visit an ICW colleague who was booked. Lilac hit it off with Osbourne and soon enough he was a ticket outlet for PWA and vending at events. When they found out he had experience in the business, it was off to the races with managing and eventually actually wrestling.

It did not take long for Lilac to clue into the merch game with T-shirts. “When the crowd started being more interested in me… I had the first shirt made as a Lenny Lilac Las Vegas logo.” He sold them all in the first night. “It was a good way to get yourself over. I know what it’s like — you’ve got 20 bucks in your pocket and it’s burning a hole, and you want to buy something. So I started to make a new shirt every show.” 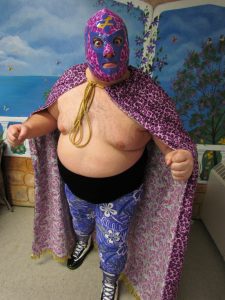 Today Lilac is self employed but eager to not only get back in the ring but in the office as well post pandemic. Along with Anthony Kingdom-James he co-owns the Toronto based UNION promotion. He also has new merch up his sleeve for fans in the venues of the near future. 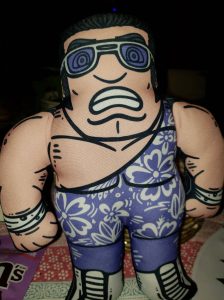 The Lenny Lilac Wrestling Buddy is ready to hit the gimmick tables.