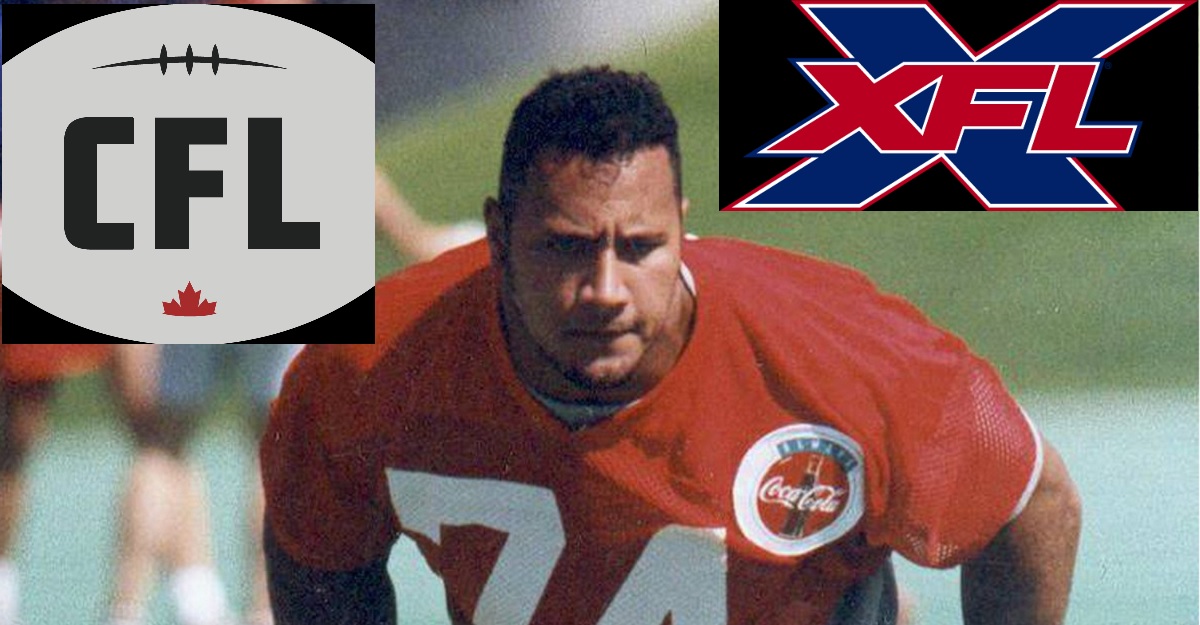 Finally… The Rock… has come back… to the CFL?

Well, not as a player, of course. But it’s possible that Dwayne Johnson’s XFL may be working with Canada’s professional football league in some capacity, as it was announced on Wednesday that the two leagues are exploring opportunities for collaboration.

In a joint announcement, Randy Ambrosie, Commissioner of the CFL, said that the league “… look(s) forward to exploring how we might work with one of the most innovative sports brands in the world to grow the game, engage fans in new ways, and reach new audiences. We look forward to seeing what possibilities our discussions might uncover, and to sharing those with our fans as the process unfolds.”

Dany Garcia, Johnson’s business partner and XFL Chairwoman, said that the discussions align with the company’s overall strategy. “Since we first acquired the XFL, we have focused on identifying partners who share our vision and values on and off the field. A vision filled with opportunity, innovation and the highest level of entertainment value for the benefit of our athletes, fans and communities. The CFL has expressed that similar sentiment and jointly we recognize a great opportunity to build exciting innovative football experiences that make the most of each league’s unique strengths.”

Johnson and Garcia led a consortium that purchased the XFL in 2020 after the league filed for bankruptcy after it was forced to suspend operations as a result of the COVID-19 lockdown. The company was previously owned by WWE owner Vince McMahon.

In an Instagram post late on Wednesday, Johnson noted that at least some of the motivation for the discussions were his memories of his short-lived CFL stint. In 1995, he signed with the Calgary Stampeders, but was cut two months into the season, two days after playing his first game.

“When you have nothing and you’re scratching and clawing for everything you can get – all in the spirit of making your football dreams come true.

You become the hardest worker in the room.

You will not be denied.

I knew in my heart I was going to make it in the CFL – and parlay that into a very successful career in the NFL.
Maybe even win a Super Bowl…

But neither of those dreams came close to coming true.

Truth is, I just wasn’t good enough and it wasn’t my time.
The CFL sent me home.
I was still grateful to a man who would eventually become a mentor and friend, Wally Buono for even giving me the opportunity.
I had $7 bucks.

Now I’m back.
Same hungry kid, but much different man.

As an owner of the XFL, our discussions with the CFL have been very exciting. There’s a real pulse here because you can feel the unique opportunity we can potentially create together.

Wherever it all leads, I can tell you this one is personal to me and is driven by all my passion – because me being cut by the CFL was the greatest thing that happened.
It set me on a path that years later would lead me right back to the league.

To help create even greater and bigger opportunities for all our players and all our fans.

As an owner who’s had his hands in the dirt – my loyalty will always lie with the players and fans.

I’ll keep you posted as our XFL/CFL discussions unfold.
Got your back.

So yes, the CFL changed my life, in ways I could’ve never imagined 🙏🏾 🇨🇦 🏈

As the talks are only exploratory at this time, the press release noted that further details will be communicated as developments arise.