Douglas Summerville, dead at 44, was a Carolina indy fixture 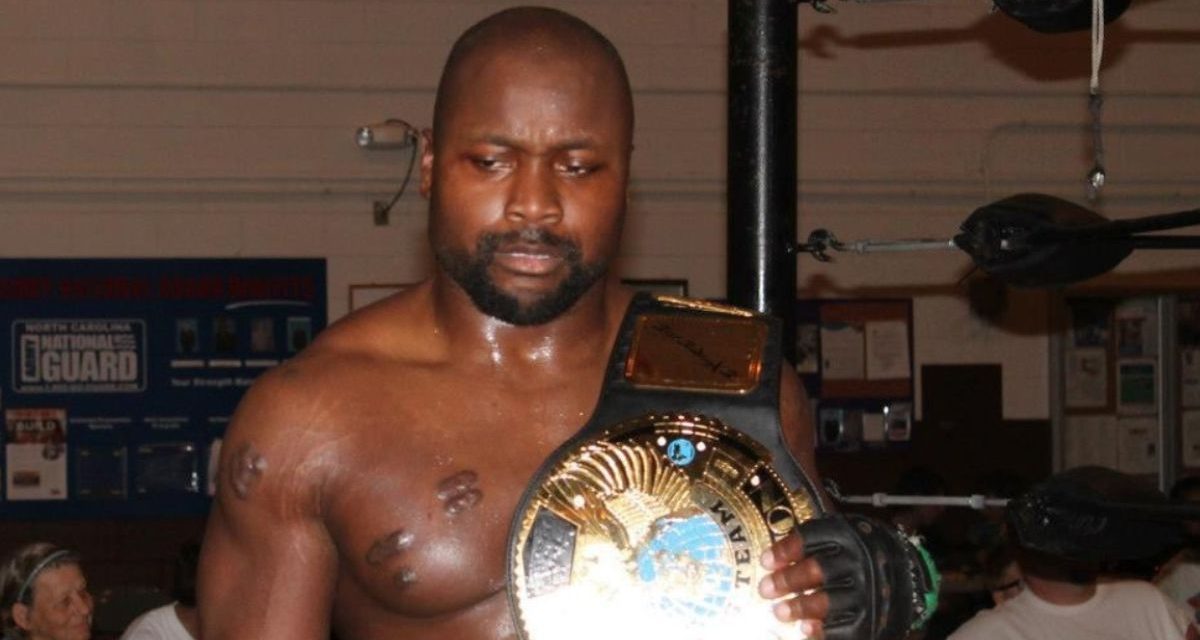 Douglas Summerville, who died on March 10 at the age of 44 from cancer, was a fixture on the North Carolina indy scene for over 20 years.

A happy go lucky guy whom everyone he worked with liked, Douglas started wrestling in 1998. He trained in the Wilmington, NC, area by local wrestling legend Dark Starr.

I worked many shows in Eastern North Carolina with him, both as Cold Cash D and as a referee. When I started the GOUGE Wrestling promotion in 2006, I brought Cold Cash in as Luther Thesz part of a faction called the Urban Legends. Along with Cowboy Willie Watts, he won the GOUGE tag titles on several occasions. Their matches with the Krazy Killer Klowns often main evented many GOUGE shows, matches the GOUGE faithful still remember well. The Urban Legends also included Exotic Aloysius Street and Leroy Zbyszko.

On September 15, 2007, Luther Thesz won a battle royal to win the vacant GOUGE Heavyweight title. The victory also caused the end of the Urban Legends. Luther Thesz made one title defense against former partner Cowboy Willie Watts, which ended in a double DQ and also saw Luther injured. Unable to defend the title, he left GOUGE and vacated the title.

Douglas took time off and remerged about a year or so later as Pimp Daddy Cash. Pimp Daddy did well challenging for all the GOUGE titles. Douglas would use this persona throughout Eastern North Carolina for several years. 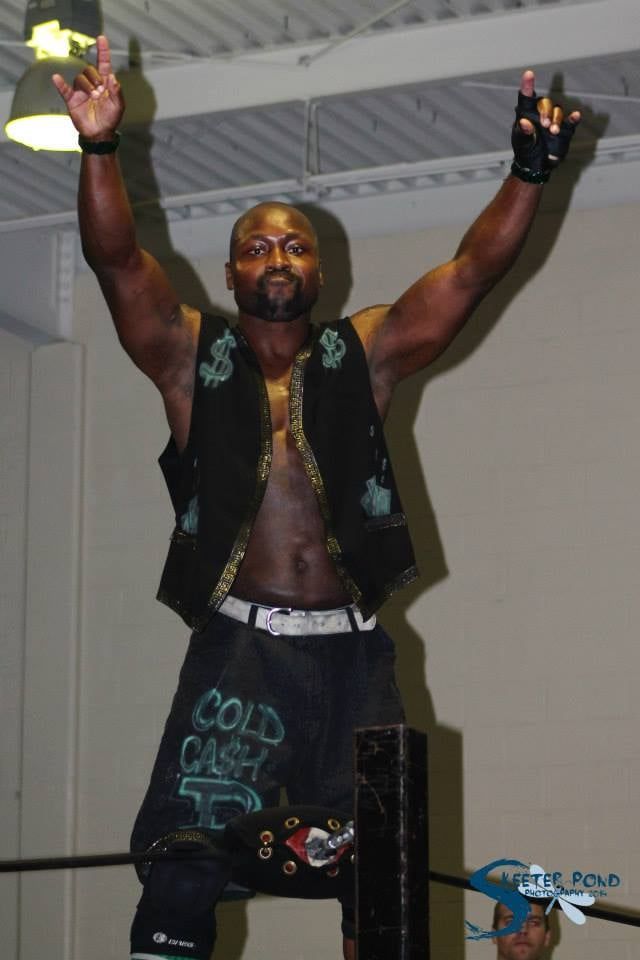 Eventually Douglas started his own promotion, High Volume Pro Wrestling, in the Kinston area. Cold Cash would dominate in High Volume Wrestling and hold its heavyweight title. Not only did he run shows but helped train and develop many young wrestlers. He drew packed houses for several years using a mixture of local talent and name starts such as Barbarian, Steve Corino, Tommy Dreamer, CW Anderson, Luke Gallows and D-Lo Brown.

Brad Cain, who wrestled as Lodi, posted his memory of Summerville on Facebook:

Cold Cash D was a good worker, a good promoter, but most importantly, he was a man of GOD. He prayed with all of us before every show. I’m sad that I won’t see him for a while, yet part of me is jealous because I know he’s in a much better place than this broken world. PS Hug your friends and tell them you love them. I’d love to give Cold Cash D one more hug….

The promoter shared thought on wrestling on his Facebook. Here are a couple of tidbits:

Great moves are great! I love a move put in its proper place and sold correctly and with the respect of how big it is as to how you sell it, But Charisma and Character is the glue that bonds you, & your moves set , to the Casuals, and the Hardcores!

Trying to put 1000 spots in a 10 minute match is like trying to push a Chevy through a mouse hole! The 1st thing you lose is feeling, then character, then it takes all your energies to remember what’s next, instead of selling and reacting correctly to what is being done now!! #lessismore

Besides wrestling, Douglas worked for the city of Kinston, and was an accomplished singer and could be heard singing at his church on a regular basis.

The Living Hope Church in Kinston posted about Summerville’s death:

We are saddened to announce the passing of our beloved brother Douglas Summerville. Affectionately known as Bro Doug, he was instrumental in working and growing Living Hope Church and was known to deliver soul stirring songs he composed on Sunday mornings. There’s no doubt that we will miss his presence here on earth, but we rejoice in knowing that he proudly and exuberantly made Jesus his Lord & Savior and is rejoicing with the angels! “We are confident, yes, well pleased rather to be absent from the body and to be present with the Lord” (2 Corinthians 5:8)

Douglas “Cold Cash D” Summerville, never wrestled for WWE, WCW, ECW, Impact or any major promotion. Instead, he was a local indy star who brought joy to wrestling fans in North Carolina for a long time.

Every wrestler who ever worked with him has nothing but good things and great memories of him. He was an asset to every dressing room he walked into, and he always had a smile on his face and a big hug for his fellow wrestlers.

Personally, I would be hard-pressed to say I knew a better person who was a wrestler than Douglas Summerville.