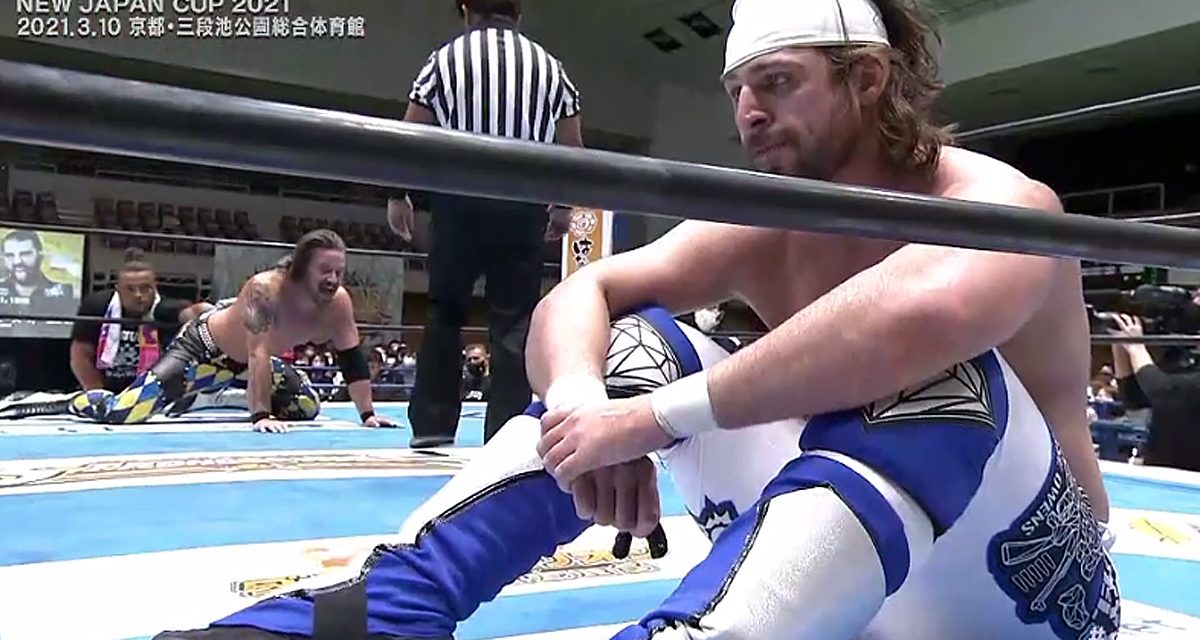 Juice Robinson comes down with Finlay. I guess his presence is to hold off any Bullet Club shenanigans since Jado is on commentary.  In a big move, Owens yanks Finlay off the second rope clotheslining him to the canvass. A sliding drop kick sends Finlay into the ringside barrier injuring his back some more. Chase Owens starts ripping up the mats on the floor. Robinson complains to the official. As he does so, Owens hits Finlay in the head with his his Texas Championship belt. Finlay kicks out. Owens looks like he has the match won as he gives Finlay a backbreaker off the ropes and a running knee strike to the face. Finlay flips the Package Piledriver into Hurricanrana though. He rolls up Owens for the sneaky pin. 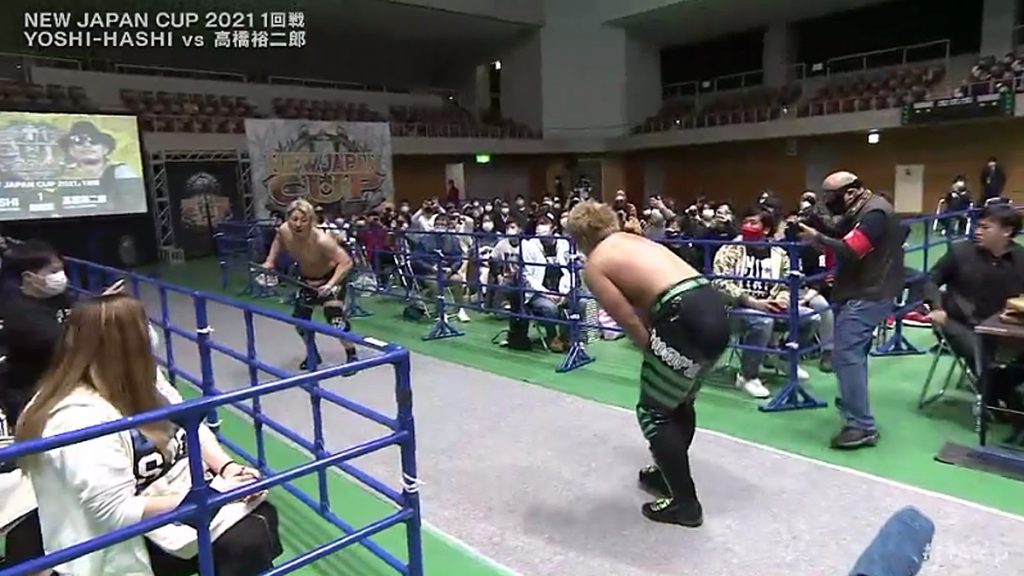 Yujiro lines up Yoshi-Hashi for a shot with his cane. Courtesy: NJPW.

Yoshi is the first to take the match to the floor. He whips Yujiro into the ringside barricade twice. As Yujiro recovers he snatches his cane out of his corner. Yujiro hits Hashi in the stomach with it and slings him into the barrier. Yujiro takes a run at Hashi smashing him in the face with the cane. Yujiro tosses the cane aside as Red Shoes nears. Red Shoes reads Yujiro the riot act anyways. Hashi blocks the Pimp Drop DDT ramming Yujiro’s head into the mat. To his credit, Yujiro won’t submit to the Butterfly Lock. Hashi pins him with Karma instead.

A running shoulder tackle sets up White for a beating in one corner and than another. The match becomes a brawl on the floor where Henare heaves White into the barrier three times. A slam and a flying chop to the head only gets Henare a one count. White powerslams Henare over the top rope and to the floor switching up the momentum. It is White’s turn to slam Henare back and forth into the ring and the barricade. A smiling Jado encourages White not to stop bouncing Henare around. White damages Henare’s back some more with knee drops in the ring. Henare whips White into a corner so hard the ring shakes. White goes down absolutely stunned. White blocks Henare’s Toa Bottom with elbows to the face. A spear off the ropes gets Henare a two and a half count from Red Shoes as does a Toa Bottom a few seconds later. Gedo jumps up on the apron wearing his brass knuckles. Henare pops Gedo before he can pop him. Henare’s running spear only gets him another two count. Two Dragon Suplexes and a Bladerunner pins Henare.

In Round Two we now have: