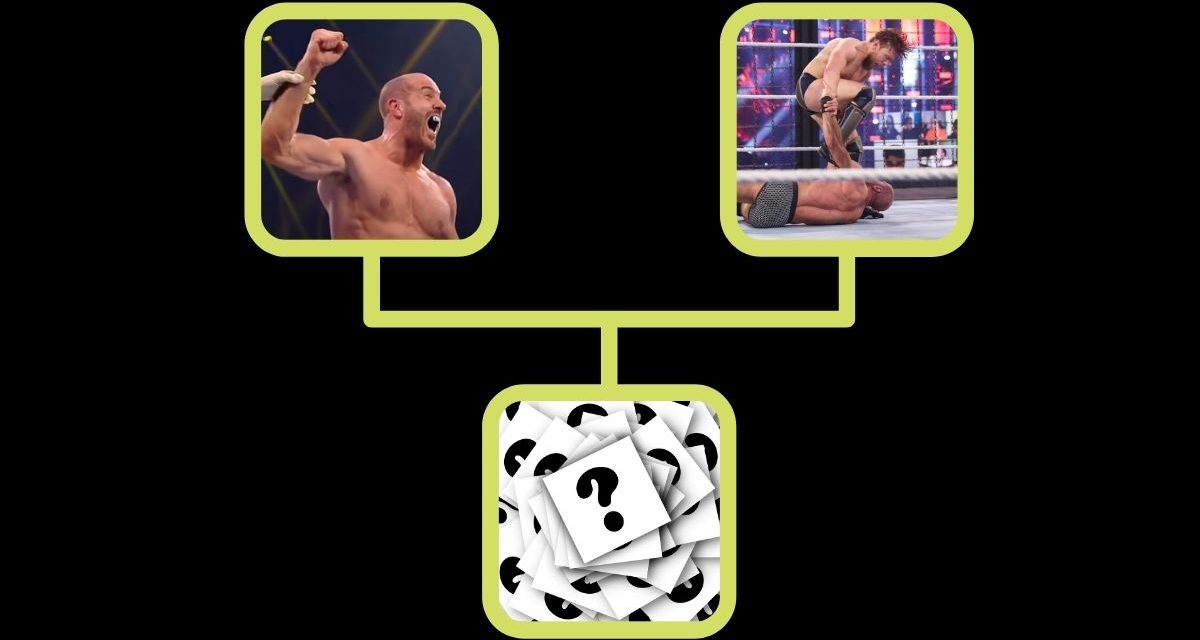 Whenever the topic of discussion turns to who the WWE should be pushing or spotlighting, the Swiss Superman’s name is always bound to come up. And why not? He may not be the most charismatic superstar on the roster but that’s the WWE’s fault for not investing in him as a character. In the ring though, he is extremely talented and is well beyond being deserving of some kind of monster push. He just may need to leave the WWE to get it. 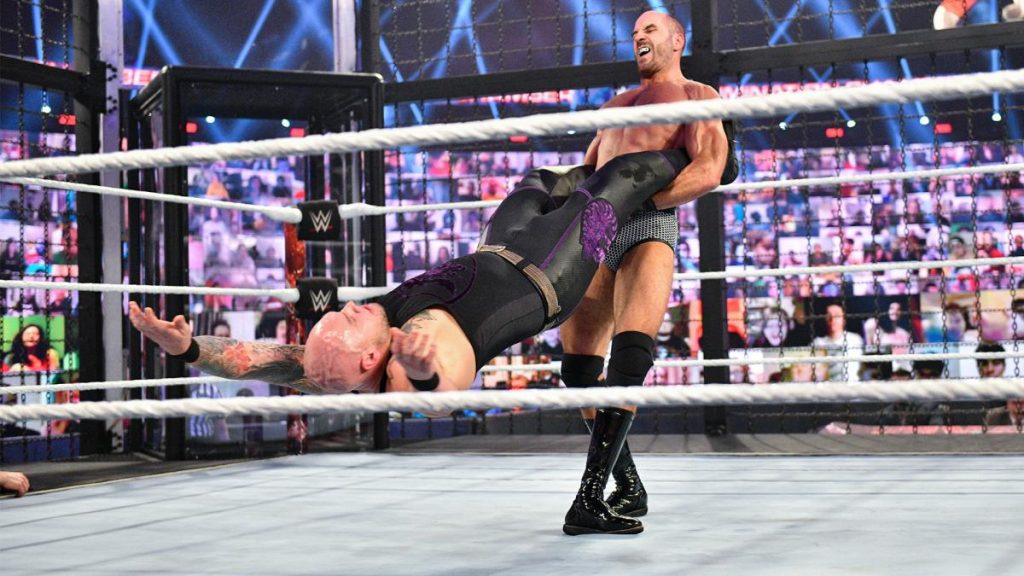 Oftentimes, the WWE hasn’t known exactly what to do with Cesaro. Whether he is a former rugby star who was deemed too aggressive for the game, partnered with Jack Swagger as the Real Americans, mentored by Paul Heyman, a member of The Bar or one of Sami Zayn’s Artist Collective faction, Cesaro does stand out and hold his own no matter what goofy role the WWE has him playing. Because of that though he has excelled in tag team competition which is not exactly a bad thing. Fans have always believed he should be destined for something more though.

Being a perennial tag team competitor in WWE has seen Cesaro win the Raw Tag Team Championships five times, once with Tyson Kidd and four times with Sheamus. He has also won the WWE SmackDown Tag Team Championships twice, once with Sheamus and once with Shinsuke Nakamura. He is a former WWE United States Champion winning the title from Santino Marella at SummerSlam and holding it for 240 days from August, 2012 to April, 2013. To top off his mountain of gold Cesaro also won WrestleMania’s inaugural André the Giant Battle Royal.

It should be no surprise that Cesaro’s record is almost cut right down the middle as it is. Many tag team specialists find themselves in the same boat. His losses (53.6%) exceed his wins (45.0%) but not by a whole heck of a lot. Cesaro is a dependable, solid workhorse and his record reflects that. 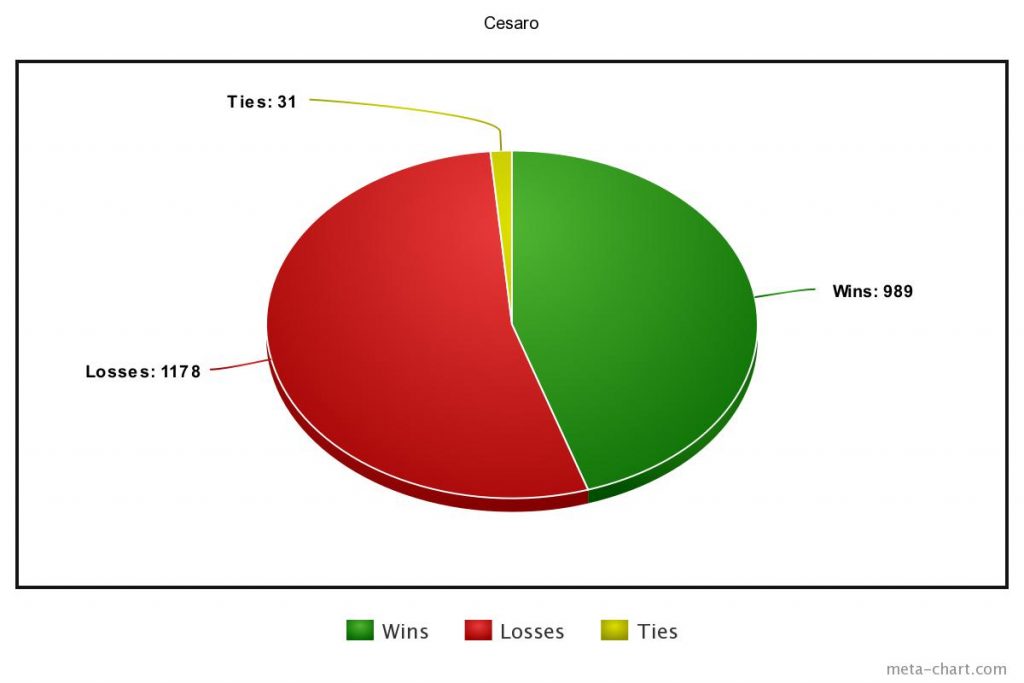