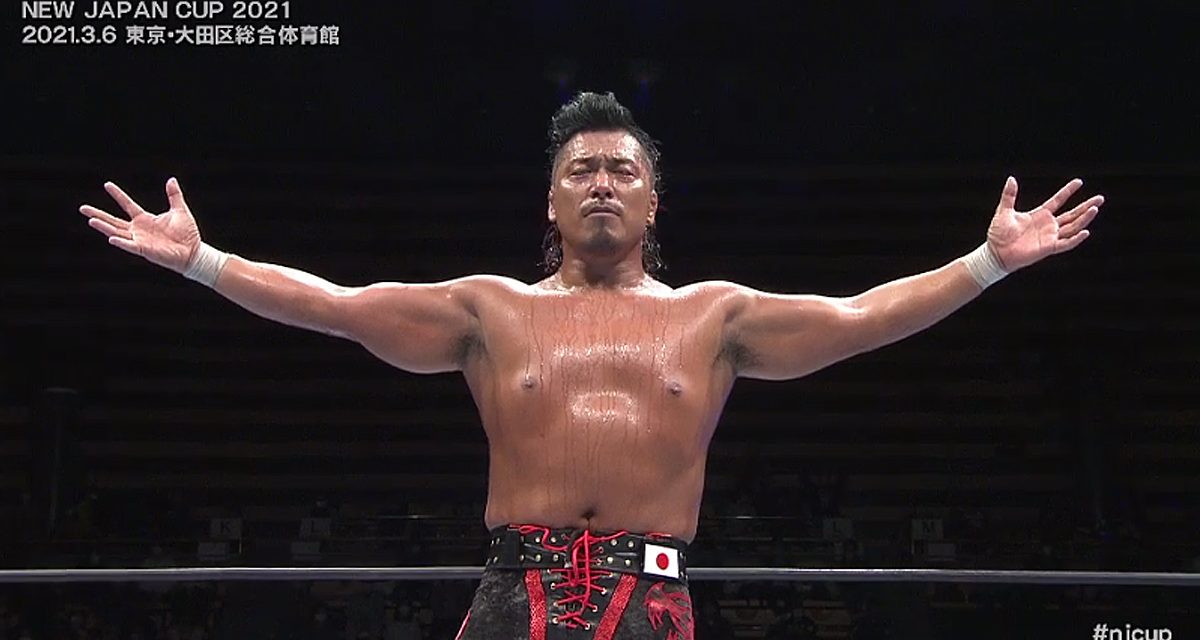 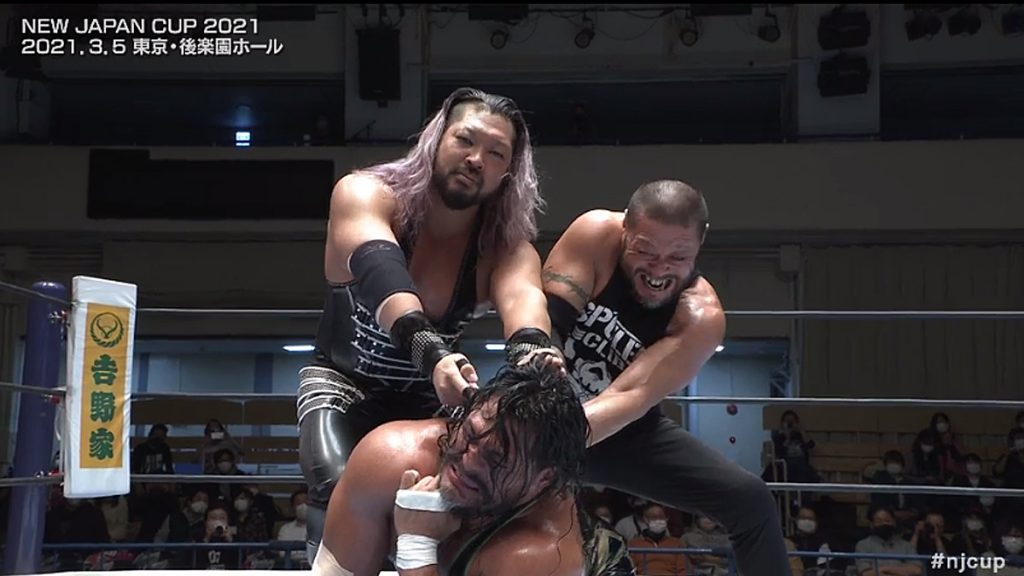 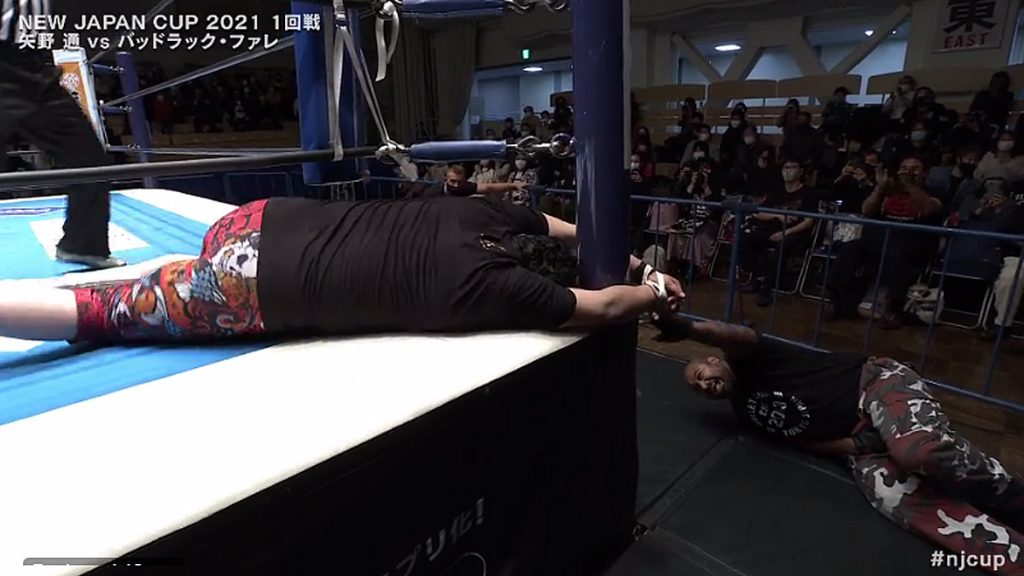 Yano escapes being counted out. Fale does not. Courtesy: NJPW.

Fale strikes before Yano can even remove his ring attire. He smashes the KOPW trophy out of Yano’s hands rolling him up. Yano kicks out. Fale tapes Yano’s hands around a steel post hoping he will get counted out. When Yano sidesteps Fale’s charge, Fale hits the steel post. Yano kicks him in the “lower abdomen” for good measure. Yano is able to slide back into the ring to beat the count despite being tied up. Fale is down and out. He doesn’t make it back into the ring.

In this war of attrition Goto survives to put out Taichi with two GTRs. 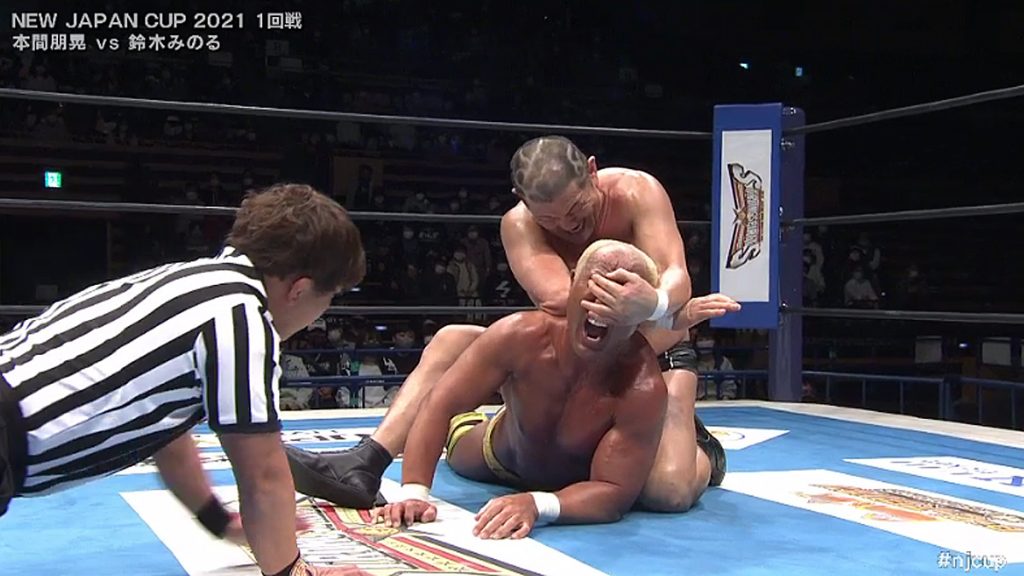 Honma and Suzuki just batter and bruise each other with every strike imaginable. Suzuki pins Honma with the Gotch Style Piledriver to move on.

Kenta wallops Juice in the head with the ring bell. Naturally, the official doesn’t see a thing. Juice slams Kenta’s head into the timekeeper’s table. Kenta backdrops Juice over the railing and onto the table. Kenta makes Robinson tap to his Game Over submission.

Some would say this is a massive upset but Okada has admitted that he has been wrestling with two slipped disks in his back. Shingo slams Okada’s head into the ring apron and then DDTs him on the floor. Okada absorbs a lot of damage but try as he might he cannot pin Shingo. Shingo blocks the Rainmaker Clothesline to pin Okada with Last of the Dragon.

In Round Two we will now have: