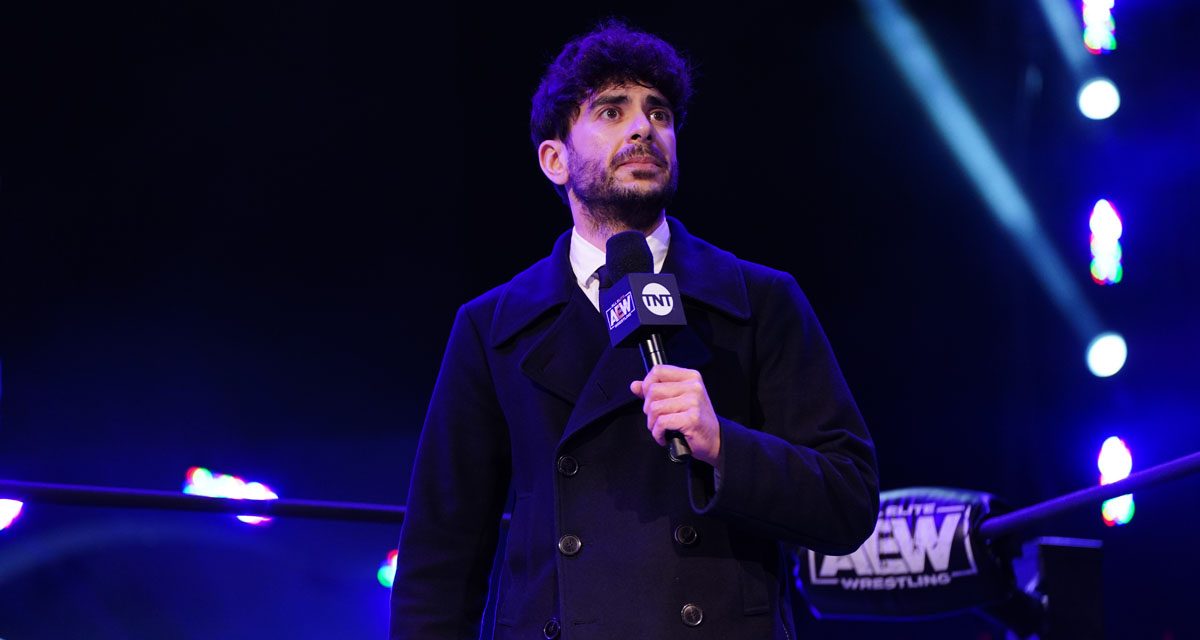 Just over two years old, All Elite Wrestling has sparked incredible passion and loyalty amongst its legion of fans. But none of them, no matter how enthusiastic about the company, can hold a candle to the company’s owner Tony Khan.

He appeared on the company’s official AEW Unrestricted podcast to celebrate the company’s success over the past two years and predict even better things in 2021.

“There was a lot of uncertainty earlier in the year, about wrestling in general and about everything in life,” he told hosts Tony Schiavone and Aubrey Edwards. “We all have put a lot of effort into this year. And I think for us to come out and have the year we did it really was really special.”

Much of the 45-minute show (which can be listened to in its entirety here) featured Khan running down the matches that will take place this Sunday on the Revolution pay-per-view. We’ll include his comments among those of the Slam Wrestling crew in our Countdown on the day of the show.

He also hyped the announcement made on Wednesday night about a surprise star who will be appearing on Sunday to sign with the company.

“They are a major star in the world of wrestling,” he teased. “A huge, huge star is going to come and sign a multi-year contract with AEW on Sunday at the pay-per-view.”

In addition, he talked about the new upcoming online show that the company will be introducing, AEW Dark Elevation. He noted that show will feature up-and-coming talent from the independent wrestling circuit.

That show is only one element of his plan to expand the product and the AEW brand.

“We’re going to keep it going with new shows, new platform and new faces,” he said. “We’re going to add another show on TNT this year. It’s not going to be (a third hour) on Wednesday. We won’t be extending Dynamite. It will be another hour show which is the critical thing because I don’t think we need to do a three-hour show.”

And good wrestling, he maintains, includes the reactions of a live crowd which is an element that AEW has been able to utilize to enhance the presentation of their shows.

“Our crowds at Daley’s Place have been great,” he said appreciatively. “When you have all those people, and all that excitement, and everything together in the one space, it (gives the show) that pay-per-view feel.”

While social distancing restrictions necessarily limit the number of fans they can actually have in attendance – and even they are subjected to certain restrictions once inside the building in order to comply with government health and safety guidelines – they are planning to have even more fans in attendance than for their weekly Dynamite shows.

“We’ve found some new seats (and) will reconfigure it a little bit. We’re going to have over 1,300 people which (with the capacity restrictions) it’s the biggest crowd we’ve done yet. For the fans watching at home, I think they want to (hear) the reactions, the pops, the gasps, the changes.”

Between the spectacle of some of the matches – including an exploding barbed wire match, the in-ring return of the legendary Sting and other marquee contests – and the live crowd, Khan is confident that the show will be a success.

“On Sunday,” he predicted, “I think we can have what will be remembered as one of the best wrestling shows of the year.”