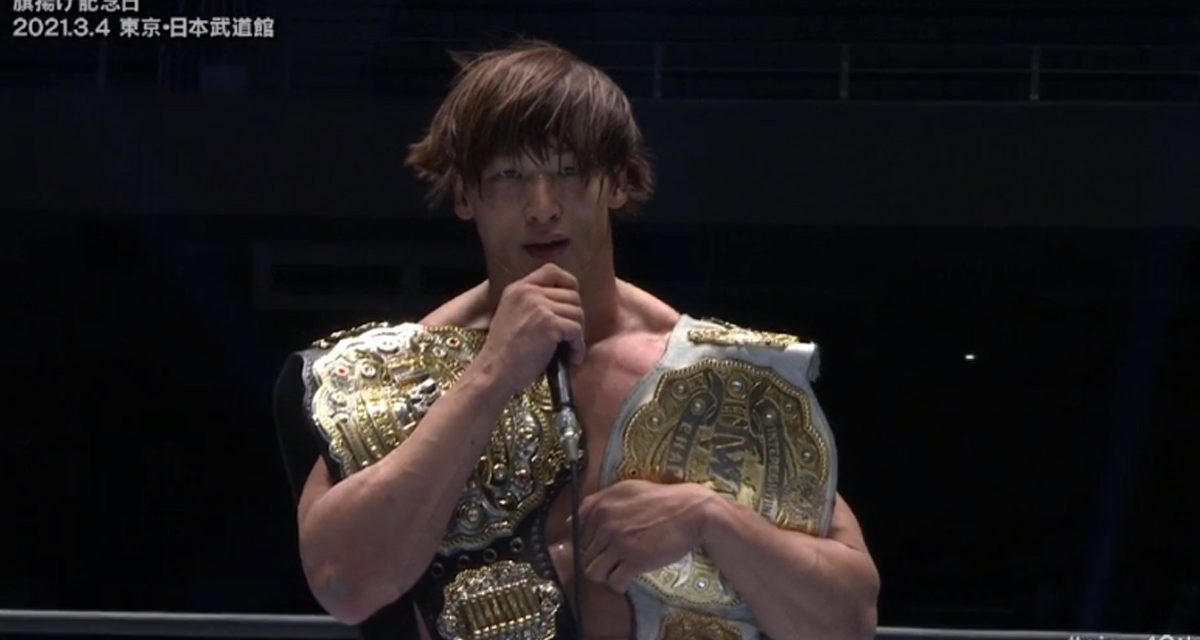 At today’s NJPW 49th Anniversary Event, the IWGP Heavyweight and IWGP Intercontinental Championships were defended for the very last time. Double champion Kota Ibushi defeated challenger El Desperado to become the first IWGP World Heavyweight Champion. The controversial idea of merging both belts into one was Ibushi’s dream since he won the titles from Tetsuya Naito at Wrestle Kingdom 15.

The 2021 New Japan Cup also began at the event with the United Empire leading the charge. Jeff Cobb defeated Satoshi Kojima to move onto round two where he faces Evil. Evil received a bye into the second round for being the defending New Japan Cup Champion. Cobb shrugged off a Koji Cutter and a Lariat to pin Kojima with a Tour of the Islands. 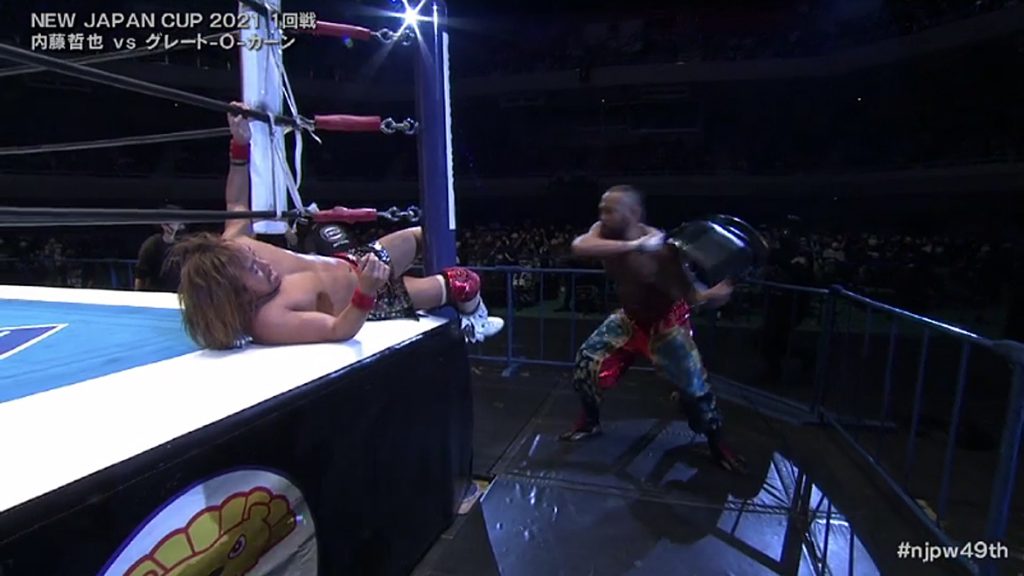 “Who’s going to stop me?” asked Cobb as he headed back to the dressing room.

Cobb’s Empire pal The Great-O-Khan put away Tetsuya Naito to move on as well. Once Naito jammed his knee into the mat after being slammed by Khan, the match was pretty much over. Khan wrapped the knee around a steel post, smashed it with a steel chair and gave Naito a knee breaker on a chair. Naito wouldn’t submit to Khan’s leg lock but couldn’t escape it either so referee Red Shoes called the match. Khan stood on top of Naito mocking him with his own “Abre los Ojos” (Open Your Eyes) pose.

NJPW announced that its Wrestle Grand Slam event tour will take place at Yokohama Stadium on May 15th and the Tokyo Dome on May 29th. 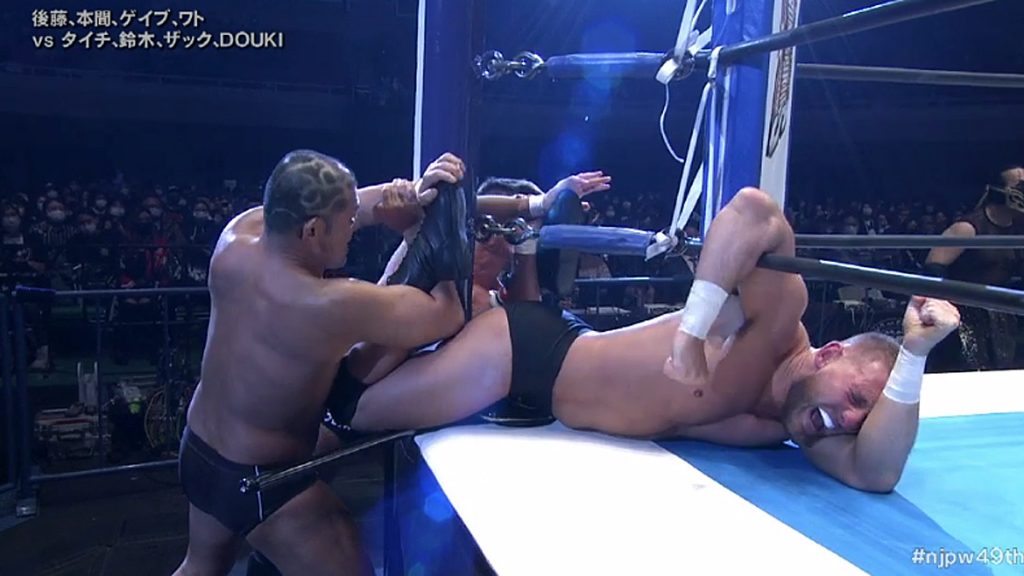 Goto is getting some impressive wins lately. No different here. He pins Douki with the GTR to give his team the win. Those who are  paired up in the New Japan Cup tussle after the match. Suzuki really rails on Honma. He repeatedly slaps him in the face.

Evil abruptly ends the match by pinning Taguchi emphatically with Everything is Evil. Even the Bullet Club members on the floor looked shocked at the quick outcome.

Sho puts away Bushi with his Shock Arrow. Okada has all sorts of athletic tape on his back. Shingo points to it as he exits the ring signaling that he will target that injury. Shingo and Okada face off in the NJPW Cup this weekend. Sanada and Ishii got into a chopping duel.

Satoshi Kojima versus Jeff Cobb – NJPW Cup 2021 – Round One

Tetsuya Naito versus The Great-O-Khan