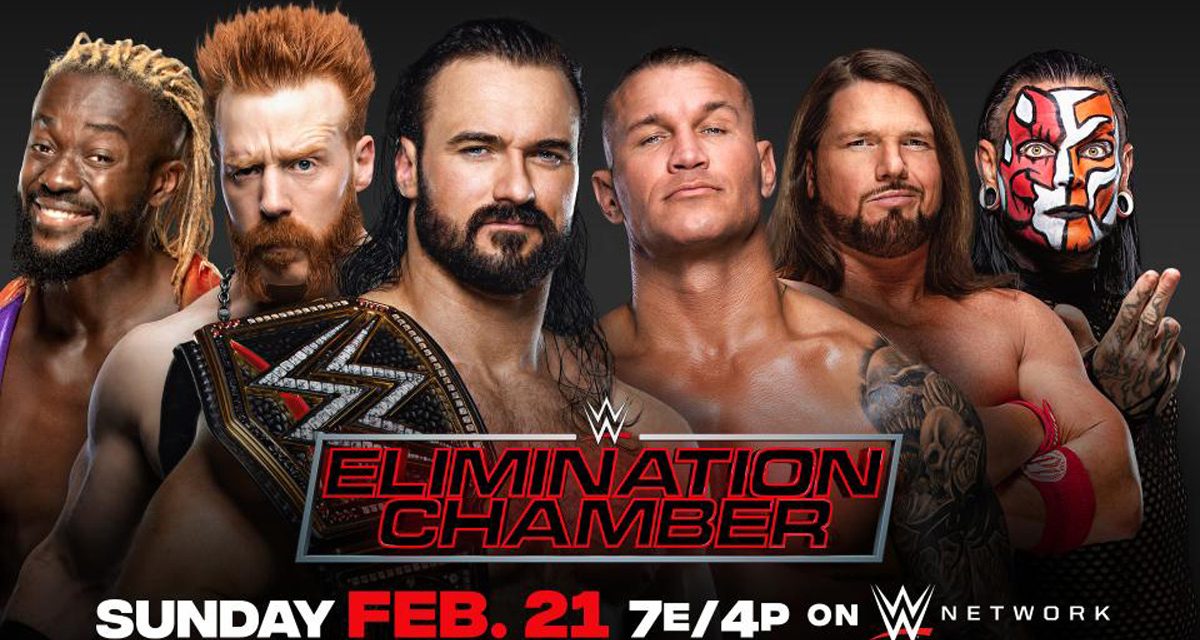 One has to wonder if the WWE and corporate authority figure Adam Pearce have learned anything from the “Stone Cold” era? How is it that Roman Reigns doesn’t have to defend his championship in the Elimination Chamber? The claim is Smackdown cannot do without him which is why he has such political clout. Since Smackdown’s ratings haven’t improved that much since he won the Universal Championship back at the Payback PPV, we just don’t get the angle at all. We think Pearce is doing a fantastic job with his role. We just don’t understand why Reigns bosses him around as if he holds all of the power when Pearce clearly does…but we digress. Here are our predictions and prognostications for the annual WWE cage match extravaganza. 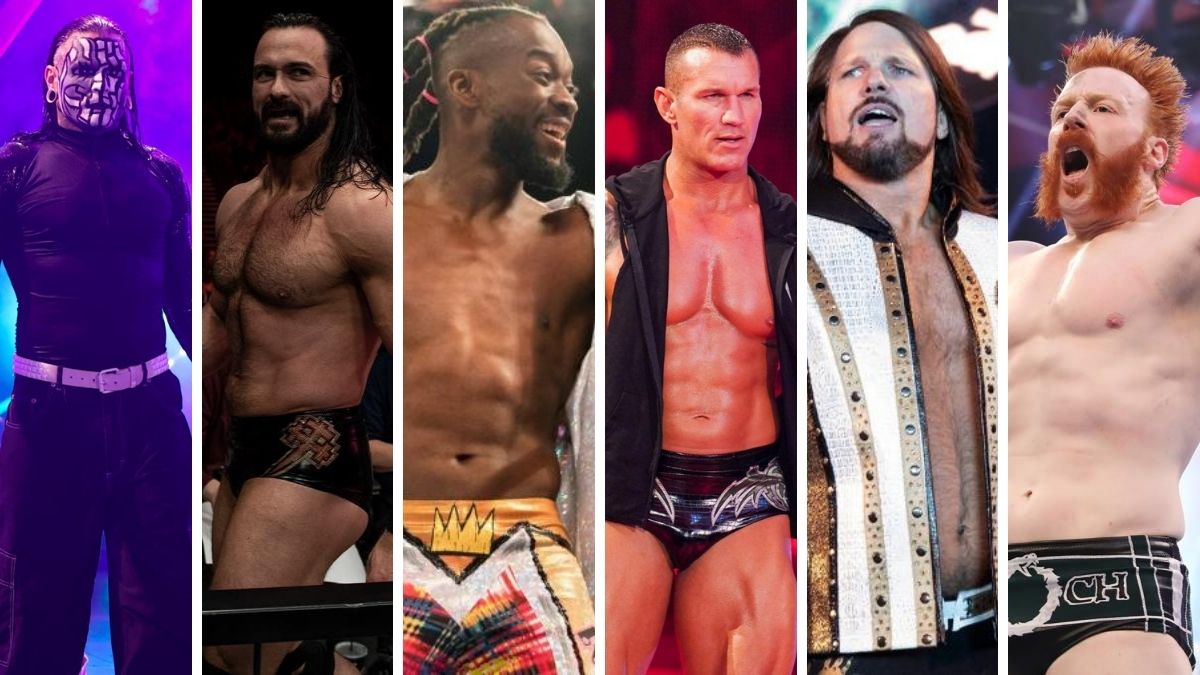 Looking at this cast of characters this will be a very fun bout. Just don’t expect much to change before WrestleMania though throughout this entire card. Like the win over Goldberg, this is just another way to boost the McIntyre legend, resume. Winner: Drew McIntyre.

When looking at this list of competitors for this Elimination Chamber match the primary question to ask is would any of them be a better choice walking into WrestleMania as WWE Champion.  The only one where the answer to that question is ‘yes’ might be AJ Styles.  However, Styles hasn’t really been part of the main event picture for a while so a victory here would definitely be an upset.  Thus, look for McIntyre to retain and to continue to hold the WWE Title until WrestleMania.

I don’t know exactly where McIntyre is headed in terms of WrestleMania, but I’m sure that it’s not going up against Edge, and I’m sure that he’s not being derailed in the Elimination Chamber. He retains and then a quick build-up against someone is around the corner. Winner: Drew McIntyre

Seeing how Edge is pretty clearly going to be facing Roman Reigns at WrestleMania, I see someone in the Chamber getting super close to taking McIntyre’s title away, then falling short. McIntyre will face that guy at WrestleMania. Winner: Drew McIntyre 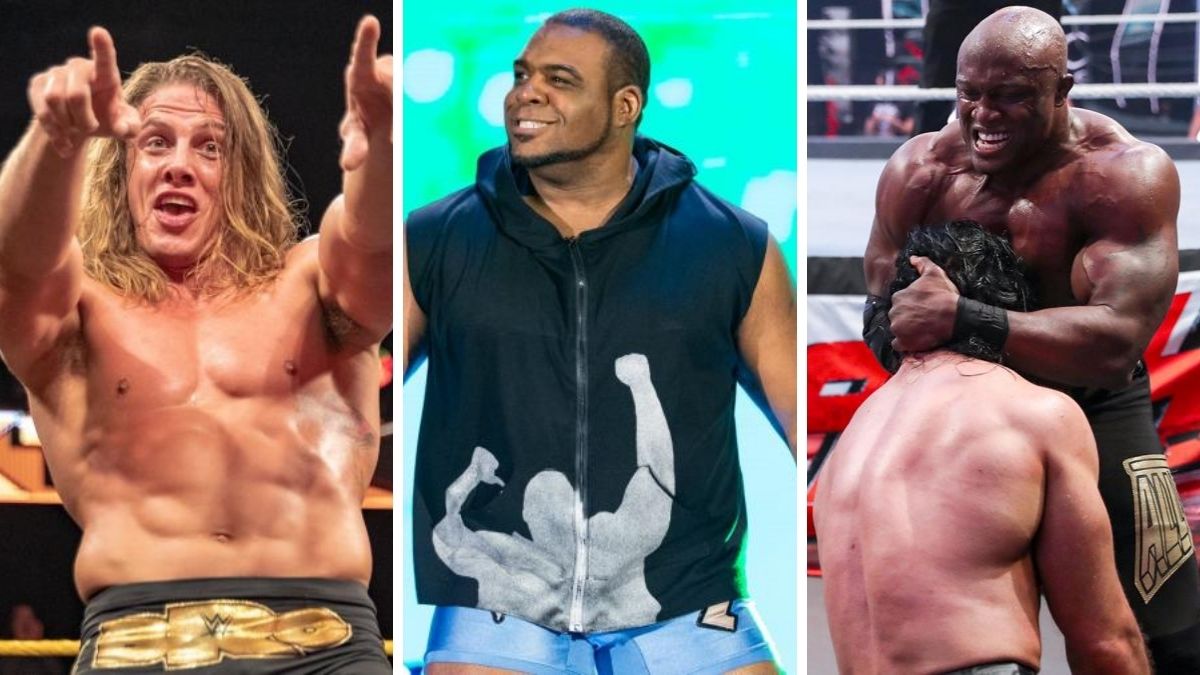 Finally, Bobby Lashley has found his groove, his role in the WWE just as he did the last time he was there. The Hurt Business are the stars of Raw and perhaps the most interesting thing about the WWE at present. Will Keith Lee be a part of the match? We aren’t sure but we get the feeling that Lashley is not giving up that title until WrestleMania, if that. He and The Hurt Business need that gold. Winner: Bobby Lashley.

If this was a one-on-one contest between Lashley and Lee we might looking at a new US Champion.  However,since it is a triple threat look for Lashley to retain the US Title.

Lashley has had a good year, and I think he’ll be rewarded with a strong march to (and beyond) WrestleMania. Lee and Riddle will put on a terrific show just between the two of them, leaving Lashley to simply clean off the bones and retain. Winner: Bobby Lashley

Seeing as how Lashley has already demonstrated that Lee’s size doesn’t exceed the U.S champ’s incredible strength, Lashley will win this round, but lose his title to either Riddle or Lee at WrestleMania. Winner: Lashley 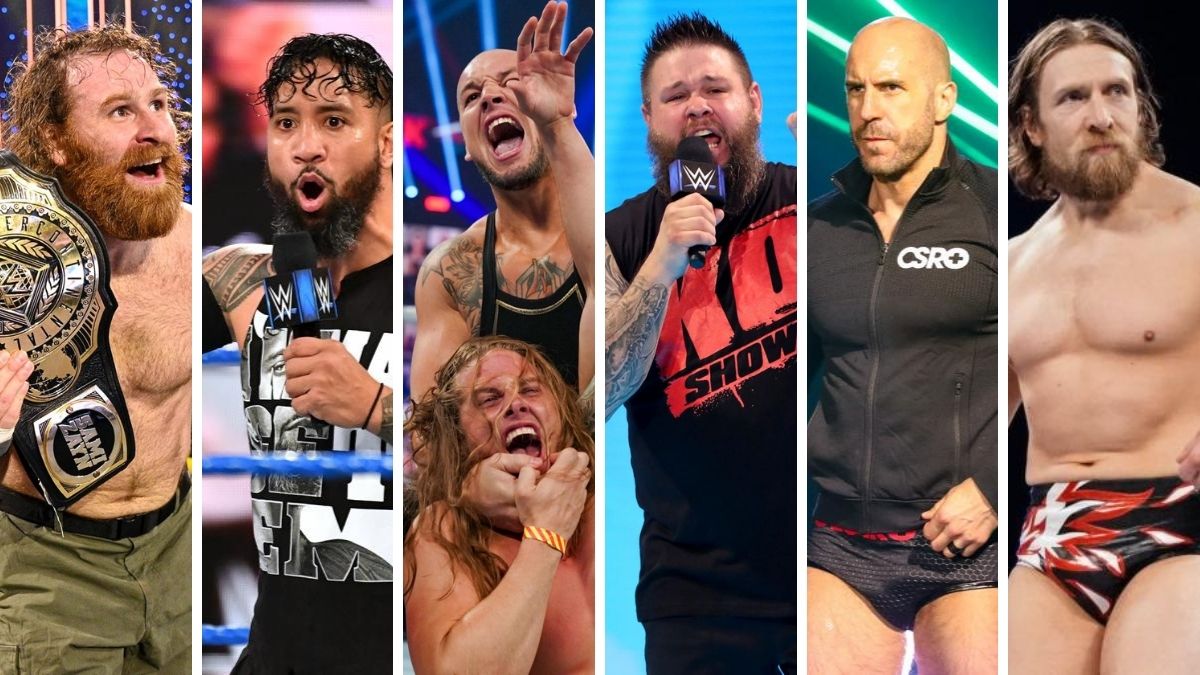 The WWE has been pushing Cesaro. We see this as a red herring. It is Kevin Owens who will survive the Chamber. Winner: Kevin Owens.

This Elimination Chamber is very different as it’s meant to setup WWE Universal Champion Roman Reigns next opponent.  There have been a lot of rumours that WWE management may finally be giving Cesaro a real push in the main event picture. Also, Cesaro is one of the competitors that hasn’t really had a program with The Tribal Chief.  So with all that being said look for Cesaro to win and face Reigns later that night.

I’ve written this so many times I feel like I can use shorthand now: Reigns’ performance has been excellent; the storytelling around him has been nonsensical. Since I made my worst ever prediction for the Royal Rumble, in which I picked Jey Uso and he wasn’t even in the match, I look for redemption here. Uso wins and suffers a Fingerpoke of Doom in the next match. Winner: Jey Uso

Having Kevin Owens go up against Roman again after everything that’s happened would be pretty ridiculous, but then again, Roman’s whole reign has been just that. Winner: Kevin Owens 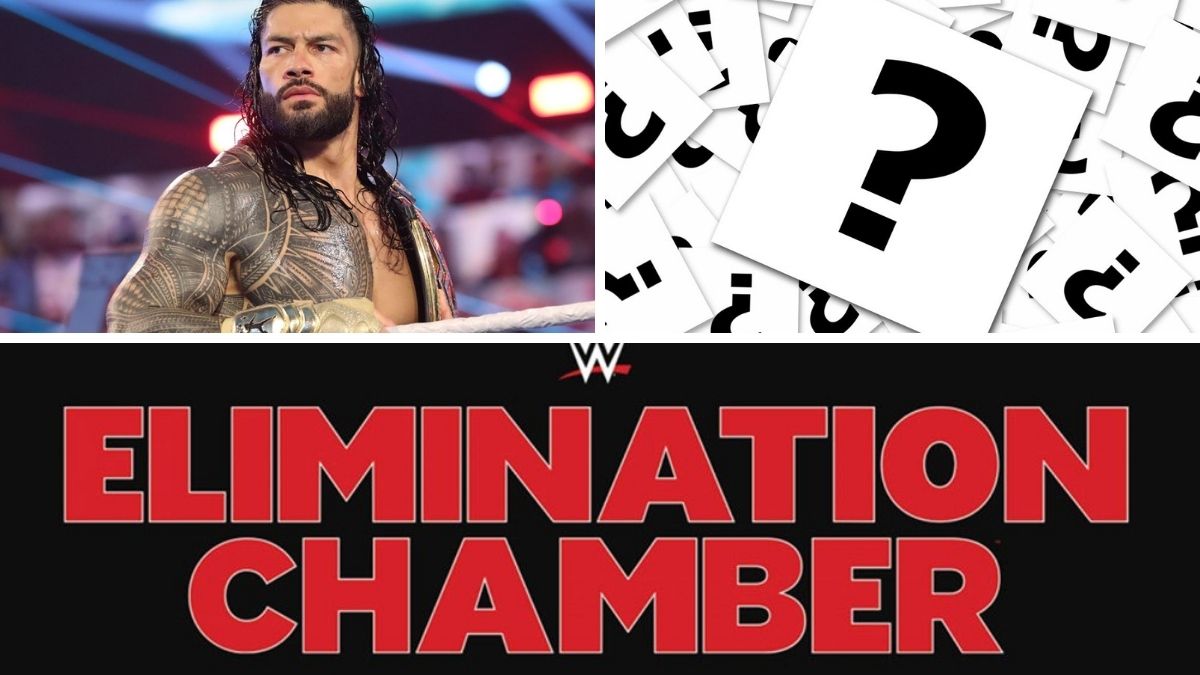 Owens is ragged after the Chamber. He goes down but not without a fight. Expect Edge to “stick his nose where it doesn’t belong”, rush in to rescue his fellow Canadian from some kind of shenanigans by Reigns and his minion. Winner: Roman Reigns

While Cesaro may win his Elimination Chamber match sadly he won’t be also winning the Universal Title.  Instead Roman Reigns will retain and go on to face Edge at WrestleMania.

See above. Uso lays down, allowing Edge to intervene, disrupt the mockery of a match, and set up a WrestleMania main event with Reigns. Winner: Reigns

Roman will look to decimate Owens, but Edge will stop him and announce him as his opponent for WrestleMania. Winner: Roman Reigns 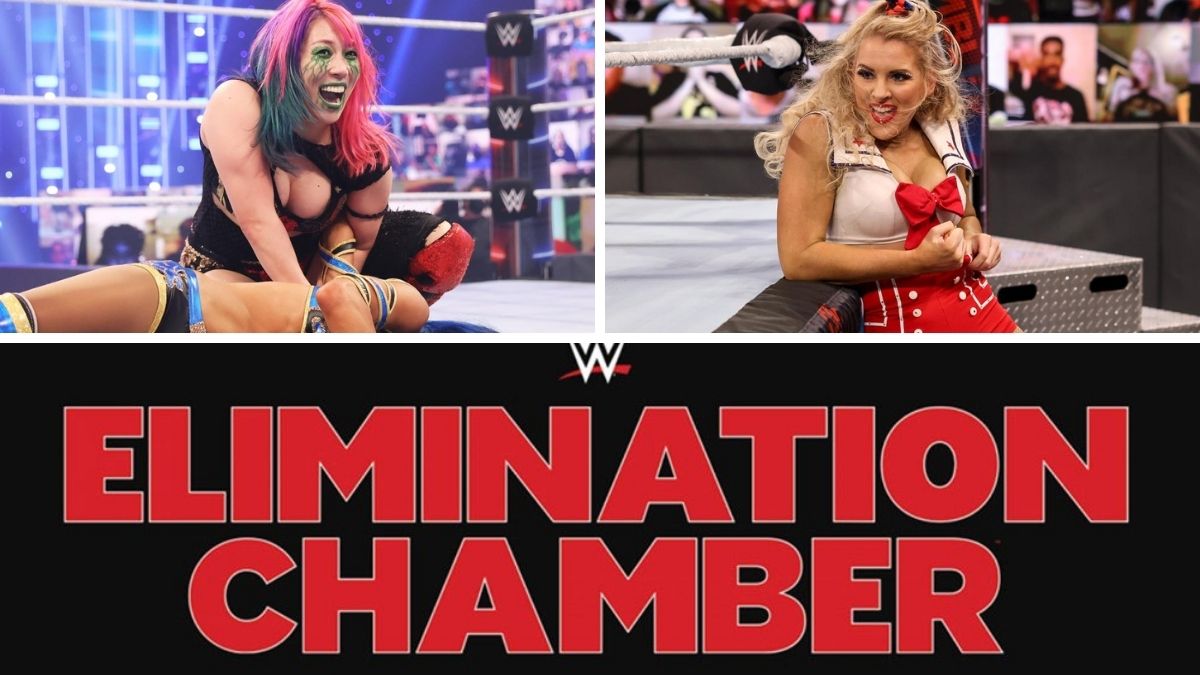 The WWE has muddied the waters with the whole Evans, Charlotte storyline. Could it all be a lie? We wonder. The stunner is… Winner: Lacey Evans.

With the recent announcement by Evans that she is pregnant and it being heavily implied that Ric Flair is the father the only place this match can go is if it comes out that it’s all a lie.  However, the lie won’t be revealed until Evans successfully captures the Raw Women’s Title and goes on to defend it against Charlotte Flair at WrestleMania.

We know that Lacey Evans is quite willing to play up a would-be shoot angle with a Canadian police officer, so why can’t this pregnancy bit be a swerve, too? Let’s say that Charlotte is announced to take Evans’ place in the match, but out comes Evans to demand her place in the match is honoured, allowing her to win in Triple Threat fashion. Winner: Evans

Raw needs to get it together, man. I don’t even know what in the world is going on with Lacey Evans, so I’ll just say Asuka retains. Winner: Asuka