Behind the Gimmick Table: Super Gabby springs from a storage locker 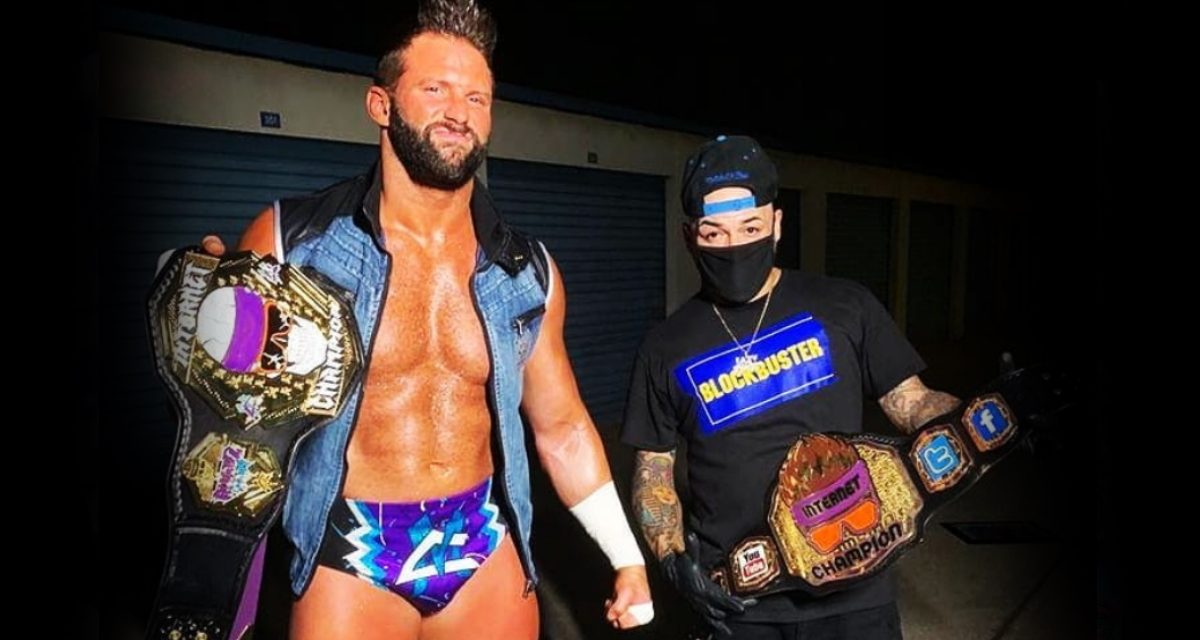 It is common knowledge that platforms like YouTube, Twitter and Facebook have allowed anyone with a camera (read: phone) the opportunity to create original content that anyone the world over can consume. To be successful many invest in production: good microphones, better lighting, editing software. Others invest in themselves: clothing, augmentation, research. Others just do what they’ve always done and reach into their pocket to take a snapshot every once in a while, like Super Gabby. 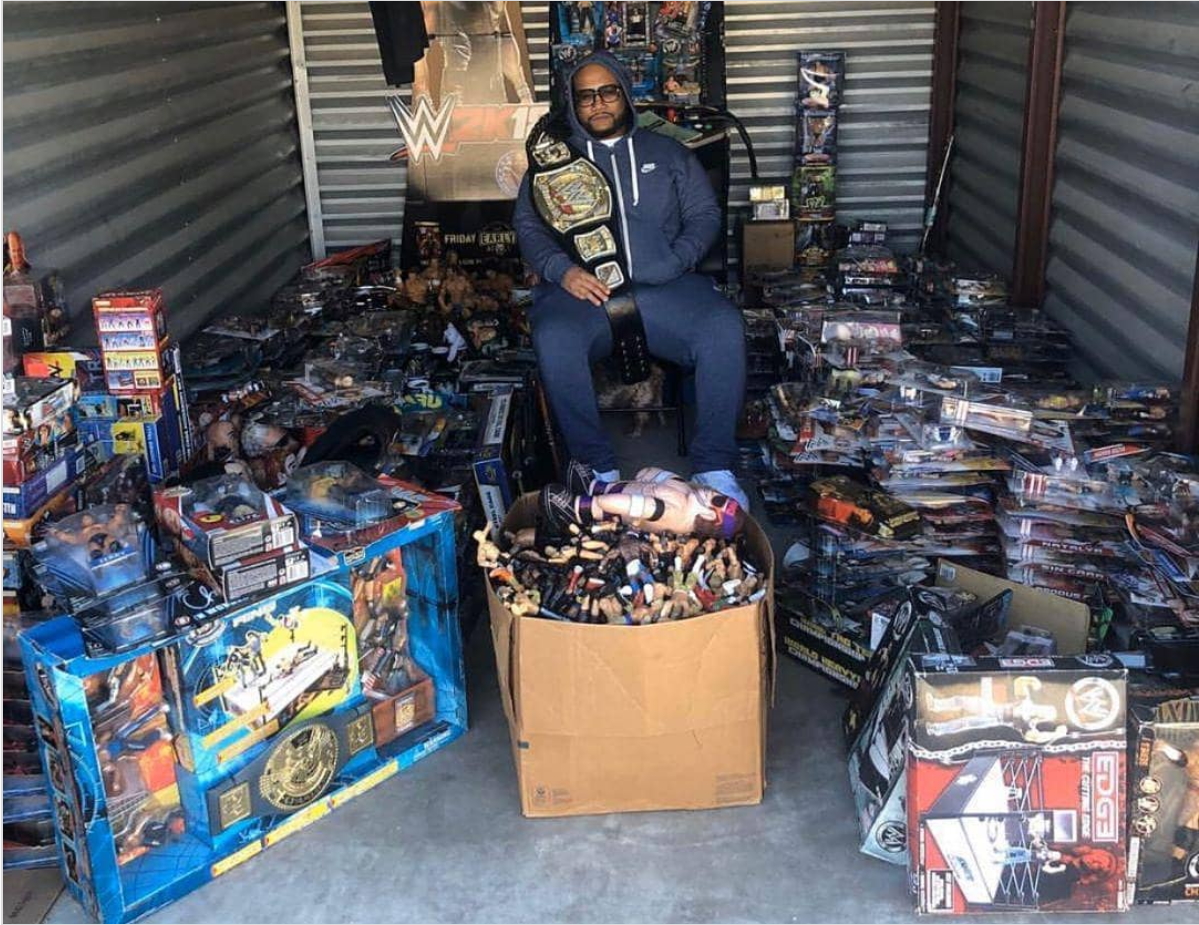 Super Gabby in his natural element.

Super Gabby is well known in the Instagram wrestling figure scene. He’s on the cusp of ten thousand followers, a respectable number for the sub-genre interest which has especially taken off in the last couple of years. But for Gabby, what he now shares online has simply been his way of life for as long as he can remember.

“I’ve been collecting since five or six … like my father was just buying [me] those Hasbros,” Super Gabby told SlamWrestling.net. “When I started going to the store I just started running to them. The first pack I bought was the Bushwhackers two-pack — those were my guys, you know? Then I was just getting all of them. I still have stuff to this day from my childhood. Now I just get everything. If it’s wrestling, I want it.”

While working in the hotel industry for years, Gabby amassed his collection. To show for his passion today, he has his storage locker just around the corner from his home in Florida. The contents of his locker is the focus of his Instagram. His goal for the locker is simple “just for me to fill up, as far as I can get it filled.” Most everything in the unit is for sale. Gabby estimates he has sold the entire contents of the locker four times over, all the while keeping it filled to the brim and sharing snippets of it on Instagram with his unique narration and slang. 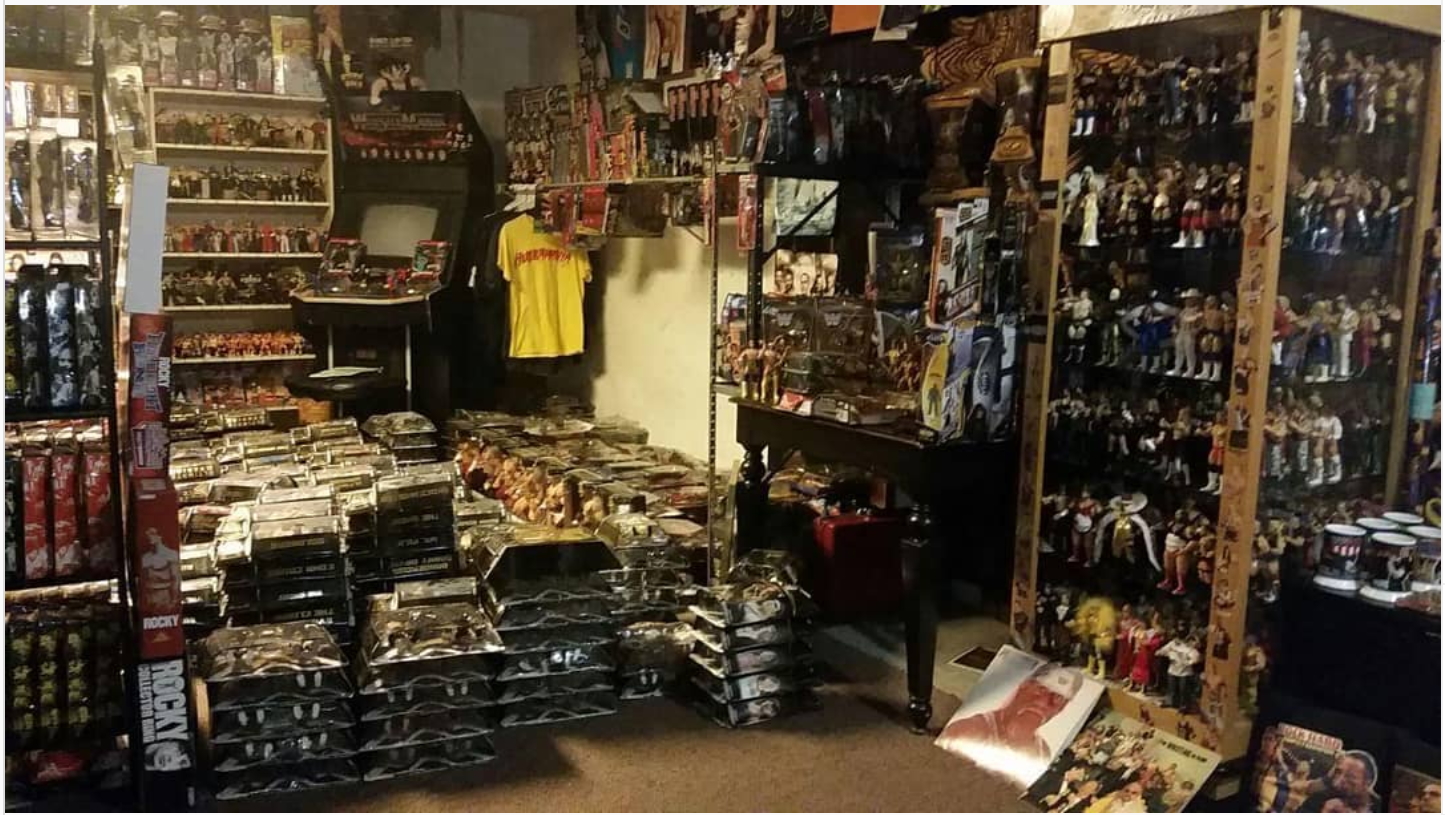 A semi-recent snapshot of Super Gabby’s ever changing storage locker.

This presentation contributes to the intrigue of Super Gabby — who will not reveal his real name — which also includes a seeming endless supply of some of the rarest figures and customized figures in packaging that easily pass for the real thing. But he’s not trying to fool anyone and will readily admit to the illegitimacy of these homages when questioned. Other information he keeps closer to his chest. “What I’ve got in my house no one knows.”

The origins and success of his storage space was an unexpected curveball.

“Me and my wife broke off and I left half a collection in the house and I took half and I put it in storage, I had it filled to the top. You cannot walk in. The stuff in the locker was the doubles,” he revealed.

Although he had a place for his collection the situation left him much worse off. “When she left me, I was in the street, all I had was my collection. I was thinking, I hope I can do something with this collection. I was in my car and praying for my collection and one day Zack Ryder just hit me up on Instagram. The next day he came to me and he took me out of my problem. I wiggled myself out of there real quick. I guess God knows I put so much effort into that collection.” 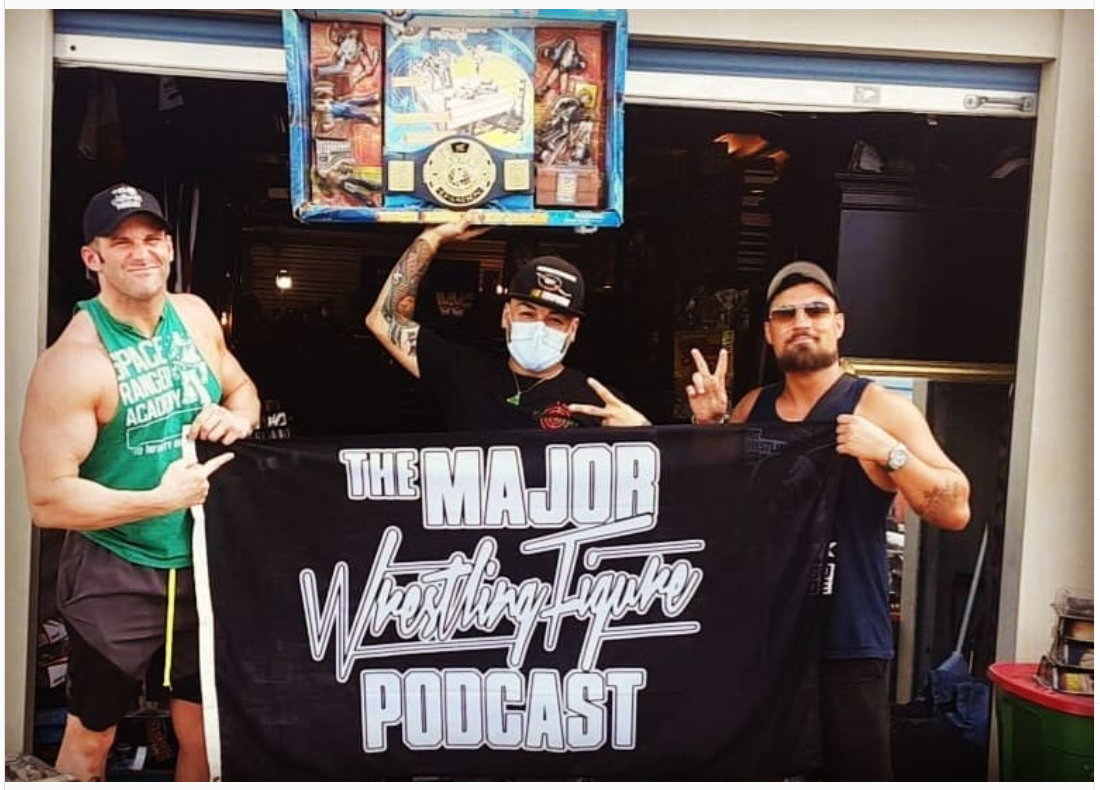 Matt Cardona (formerly WWE’s Zack Ryder), the self-proclaimed “Michael Jordan of wrestling figure collecting” and co-host of the Major Wrestling Figure Podcast has made several shopping trips to Gabby’s locker and documented the adventures on YouTube. Along with regular mentions on the podcast, these plugs from Cardona have done a lot for Gabby’s online presence.

For the success he has had since then he is grateful. “I love the wrestling community, period. I want to thank all you guys for the support, the love.” 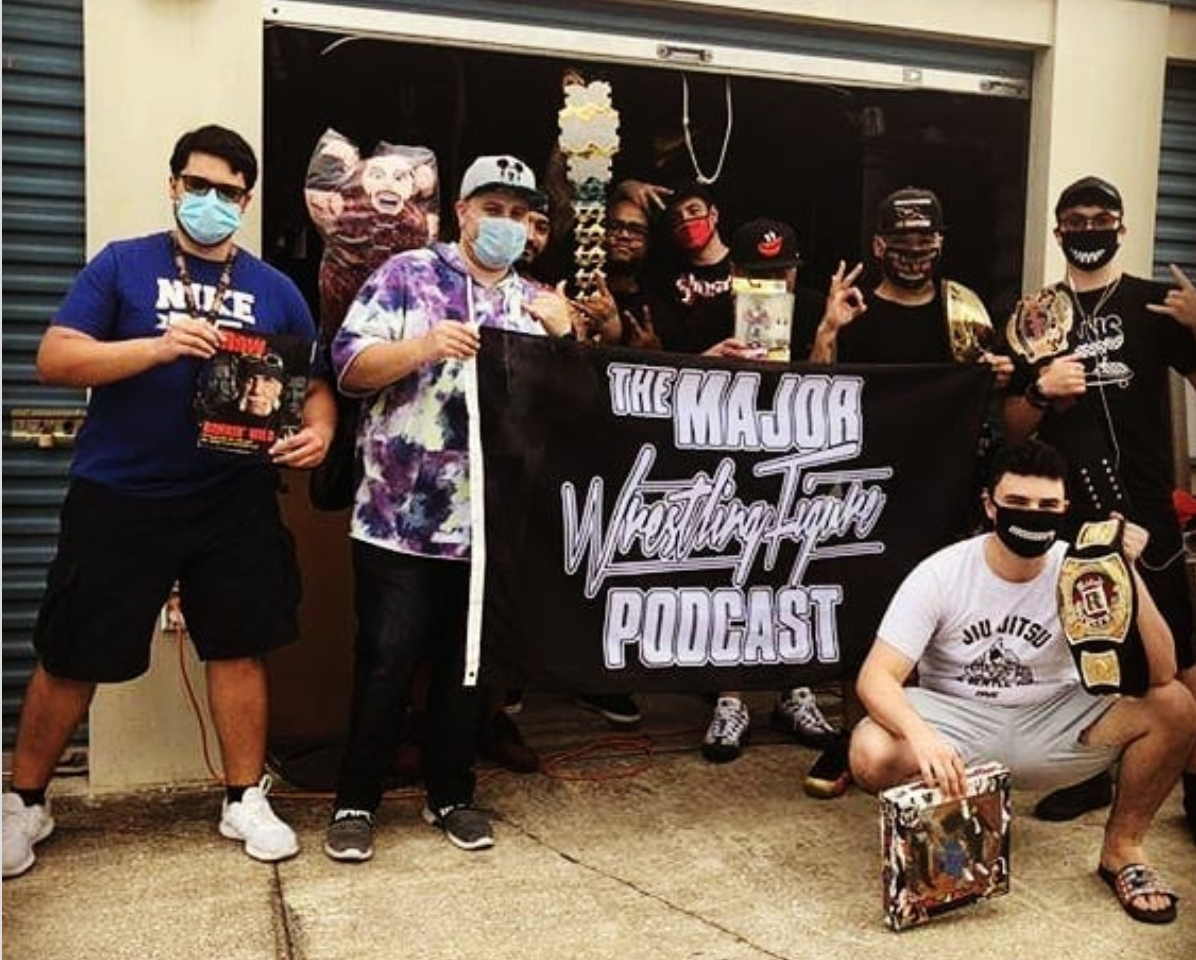 A group of “Major Marks” make the pilgrimage to Super Gabby’s storage unit.

As far as his goals for his collection, aside from keeping the storage locker full, he considers the collection an investment for his children in the future. “I do that entertainment to get attention. I’m chasing clout, I’m chasing to make my family secure. Daddy was not a lazy bum, Daddy took an investment to make it a juggernaut.”