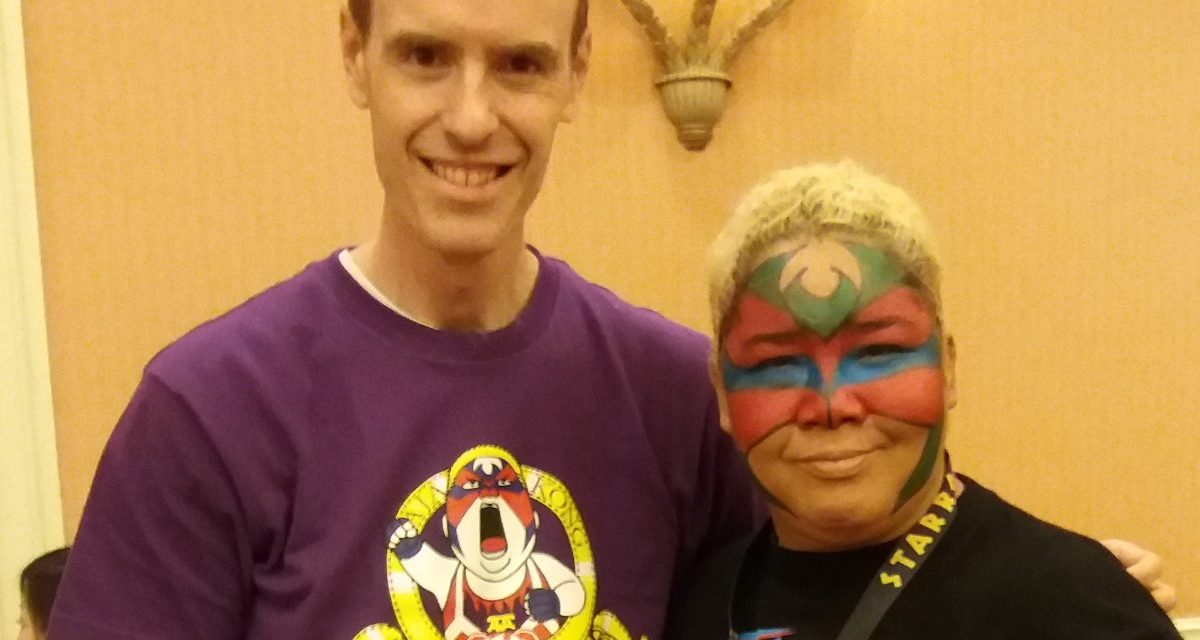 By KEN RAFTERY – For SlamWrestling.net

“Which came first…the chicken or the egg?”

My version of that question is equally perplexing: ‘Which came first…my love of WWE or my Cyndi Lauper fandom?” I can’t recall, but when these two entities converged in 1984, I became hooked on both.

Since Cyndi was involved in women’s wrestling, this was the area that particularly piqued my interest.

I was disappointed when women’s wrestling was dropped as the 1990s dawned, but my enthusiasm was just as intense when Alundra Blayze emerged in WWE. Her 1994 feud with Bull Nakano led me to purchase tapes of Bull’s Japanese matches.

Soon after popping a tape in, a performer totally unknown to me immediately grabbed my attention. This woman had the most unique look of any wrestler I had ever seen, and her style was like a combination of Vader and Taz with a dash of Rey Mysterio thrown in.

I had just discovered Aja Kong.

From that moment on, I was a fan and my appreciation for her only grew after I saw her three fantastic matches from the famous 1994 women’s Tokyo Dome show. I didn’t need further proof to conclude that this woman (born Erika Shishido in 1970) was already an all-time great.

I was ecstatic when Aja was announced for WWE’s Survivor Series in 1995 and she went on to be the sole survivor of the women’s match. She worked two great matches on Raw soon after. I was so happy that she was finally earning recognition in the USA and her title match at Royal Rumble 1996 against Blayze was sure to be a classic.

And then Blayze was fired and the match never happened. Women’s wrestling was again dead in WWE.

I always held out hope that some company on these shores would use Aja. I had to wait 16 years for it to happen. CHIKARA featured her during its “Joshimania” weekend in 2011. Aja main evented a show at the legendary ECW Arena and she worked a tag match at New York City’s Highline Ballroom. Bully Ray has talked about how wrestling can take fans on an “emotional roller coaster” and Aja’s matches on these shows were like riding Coney Island’s Cyclone. Based on crowd response, I confidently say I am speaking for everyone present and not just myself.

In 2014, I took a trip to Japan and I purposely chose dates that coincided with a show that Aja was working. After the show, I asked the ring announcer if he could ask Aja to come out so that I could meet her and she was gracious enough to do just that. 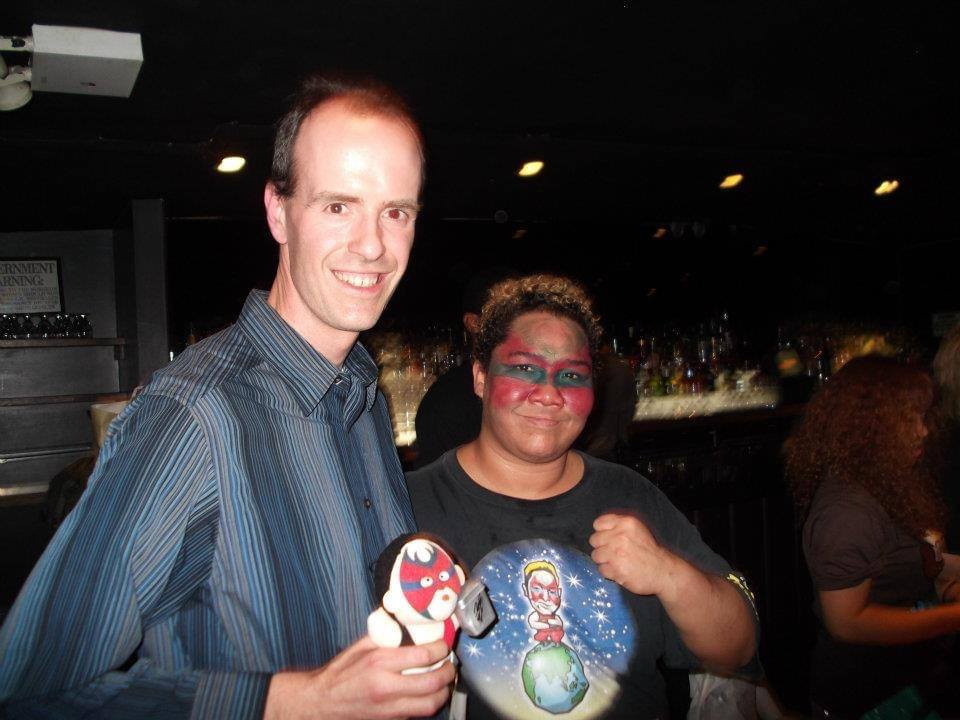 Aja returned to the USA in 2017 to work some shows with SHIMMER. Her bout against Mia Yim remains one of the greatest matches I ever saw live and it was the only bout of the weekend to garner a “That was awesome!” chant from the crowd..

With all due respect to SHIMMER and CHIKARA, they aren’t quite “big time.” I hoped that WWE might use Aja in either the Mae Young Classic or as an NXT opponent for Asuka. I wrote letters to them suggesting just that. My waiting was in vain. If only another major organization existed…

Fantastic news arrived in 2019 when brand new company, All-Elite Wrestling (AEW) announced Aja would appear on its inaugural show, Double or Nothing. I flew out to Las Vegas and it was a joy to see Aja perform on a show that some called the best pay per view of all time. 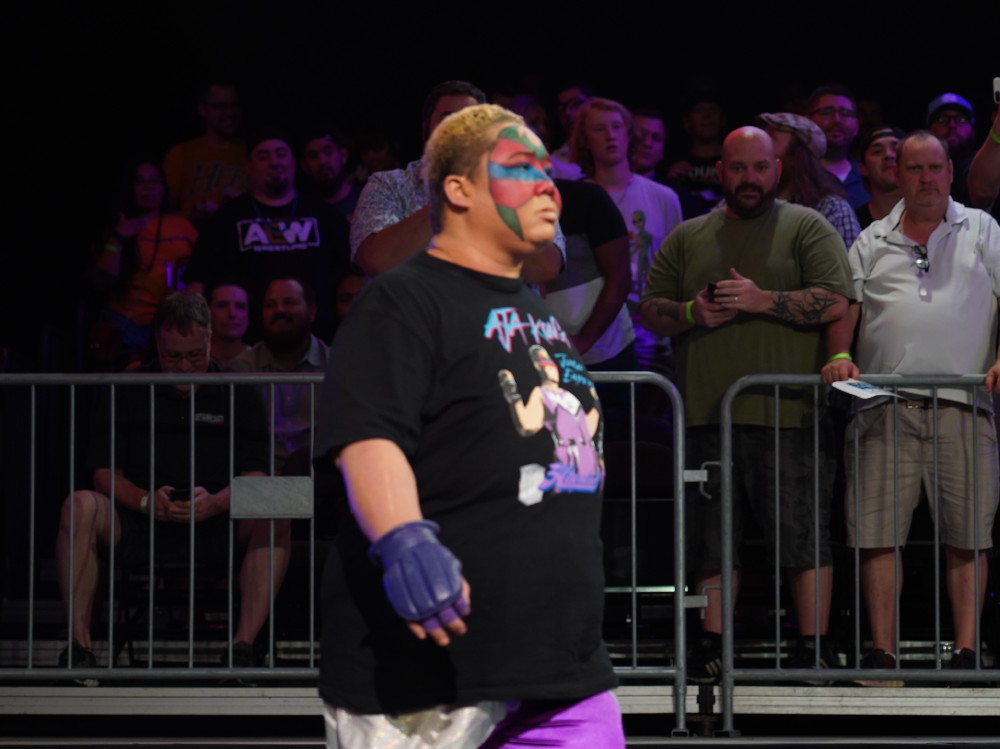 Aja Kong heads to the ring at AEW Fight for the Fallen in July 2019.

I was in the crowd two months later when Aja appeared on AEW’s Fight for the Fallen to set up a match with Awesome Kong. Only 23 years after the Blayze match was scrapped, Aja was finally going to have a major singles match on an American show.

And then COVID-19 arrived, which doomed international travel.

However, the tide has once again turned: AEW just announced a tournament to crown a #1 contender for the women’s title and Aja is one of the competitors, in the Japan-based bracket.

To say the least, I am thrilled, and I applaud AEW. I cannot wait to watch Aja’s match this Monday on YouTube. I better strap on a lap bar because I surely will be riding an emotional roller coaster!

AEW women’s champion Hikaru Shida has tangled with Aja Kong before and the match was superb. It’s truly amazing that Aja’s performances now are just as great as they were when I first discovered her on that 1994 tape.

Aja once said in an interview that she never intends to retire. I look forward to cheering her on for decades to come!

Ken Raftery is a high school math teacher and has been a wrestling fan for 37 years. He strongly encourages you to check out this news piece which profiles Aja Kong, and Aja Kong in action against Manami Toyota, or against Shida, both linked to below.