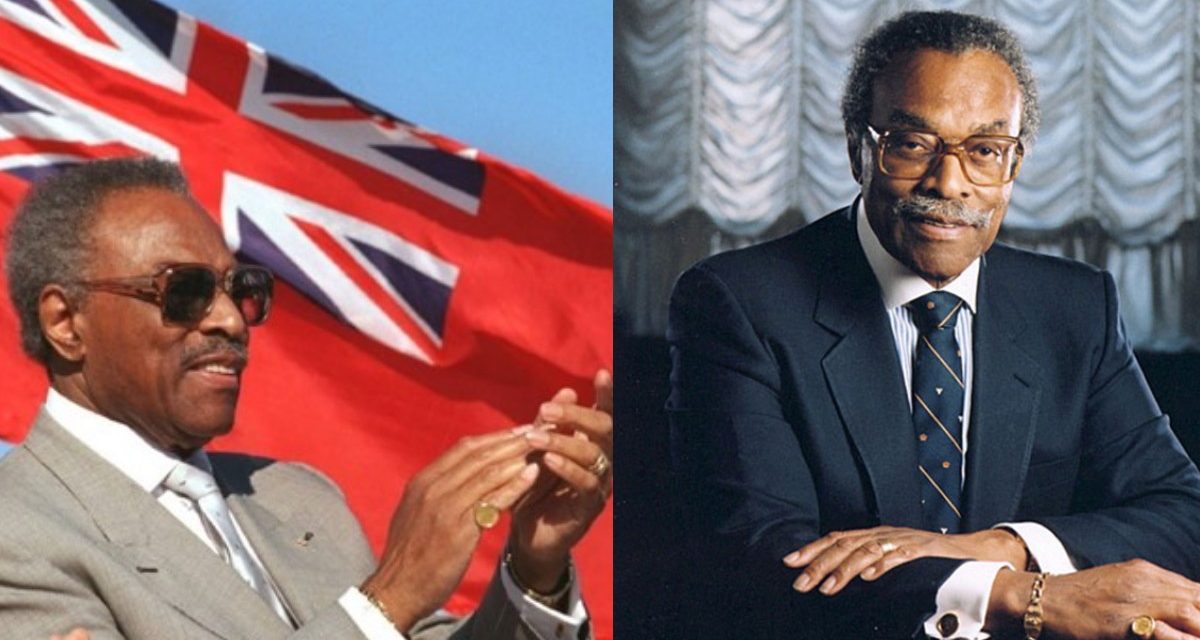 But when I think of “Linc,” I think wrestling fan.

Linc, who passed away in 2012, was a friend of my wife’s family. He’d often come to holiday dinners, Boxing Day, Easter, Thanksgiving, on the mountain in Hamilton, Ontario — his long-time home, where the Lincoln Alexander Parkway still gets bogged down.

I can’t pretend to have known him well but I can say without any exaggeration that his eyes would light up when he saw me at the dinners. He’d pull me aside as he knew that, tired of the small talk with others, that he could talk about sports with me.

He was on the board of the Toronto Raptors and one time a buddy and I got to go see a game in his regular spot with his season tickets, just above the entranceway where the Raps came and went. So we talked basketball, football, hockey, or … pro wrestling.

I had gifted Linc a copy of my first book, The Pro Wrestling Hall of Fame: The Canadians, which came out in 2003, and it was obvious that he had read it as he would ask me about people in it and the wrestlers he remembered. Whipper Billy Watson, for one, made an impression on every Canadian kid, no matter the colour of their skin.

However, our conversations almost always came back to Sweet Daddy Siki, an adopted Canadian originally from Texas, another black man fighting for his position in a white-dominated world. 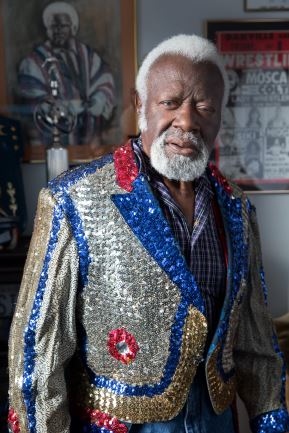 Sweet Daddy Siki from his documentary of the same name.

They were both pioneers, in very different ways and walked parallel paths but had never met. Siki and Linc both served in the armed forces, too, Linc in World War II as a wireless operator in the Royal Canadian Air Force and Siki in the U.S. Navy just as the Korean War ended.

I did my best to make a meeting between the two happen, I really did. But Siki, to those who don’t know him, is a bit, hmm, stubborn and doesn’t have any interest in being a showpiece. (That we got a documentary made on Siki is one of the greatest miracles of this century.) He was intrigued, though, whenever I mentioned a potential meeting. It just never came to be.

As with the Siki doc, which is a more permanent record of his accomplishments, there’s lots out there on Linc, from his autobiography (2006’s “Go to School, You’re a Little Black Boy”) to oodles of stories and history lessons of how he broke ground as a lawyer, as a Conservative politician, as a public servant. The Archives of Ontario is the perfect starting point.

So, on the date of Lincoln Alexander’s birthday, as I see all the tweets from people and organizations far more notable than I, I’m taken back to those memories.

Miss ya’ Linc. Hopefully the Raptors will get it together soon.

Spare a moment to remember that this is #LincolnAlexanderDay in Canada. "Linc" was born 99 years ago today. He was our 1st Black MP, cabinet minister, and Ont. lieutenant-governor. And beyond that, a thoroughly fabulous guy. A true pioneer from the @cityofhamilton. #BlackHistory pic.twitter.com/MYkx3ODIiV

Linc was a man who offered friendship freely. We owe him a debt of gratitude for his example & tremendous work which continues to this day in the hands of so many.

Thank you, Linc. Today, we honour you. #LincolnAlexanderDay #HamOnt 2/2 pic.twitter.com/QglqkvXpnH